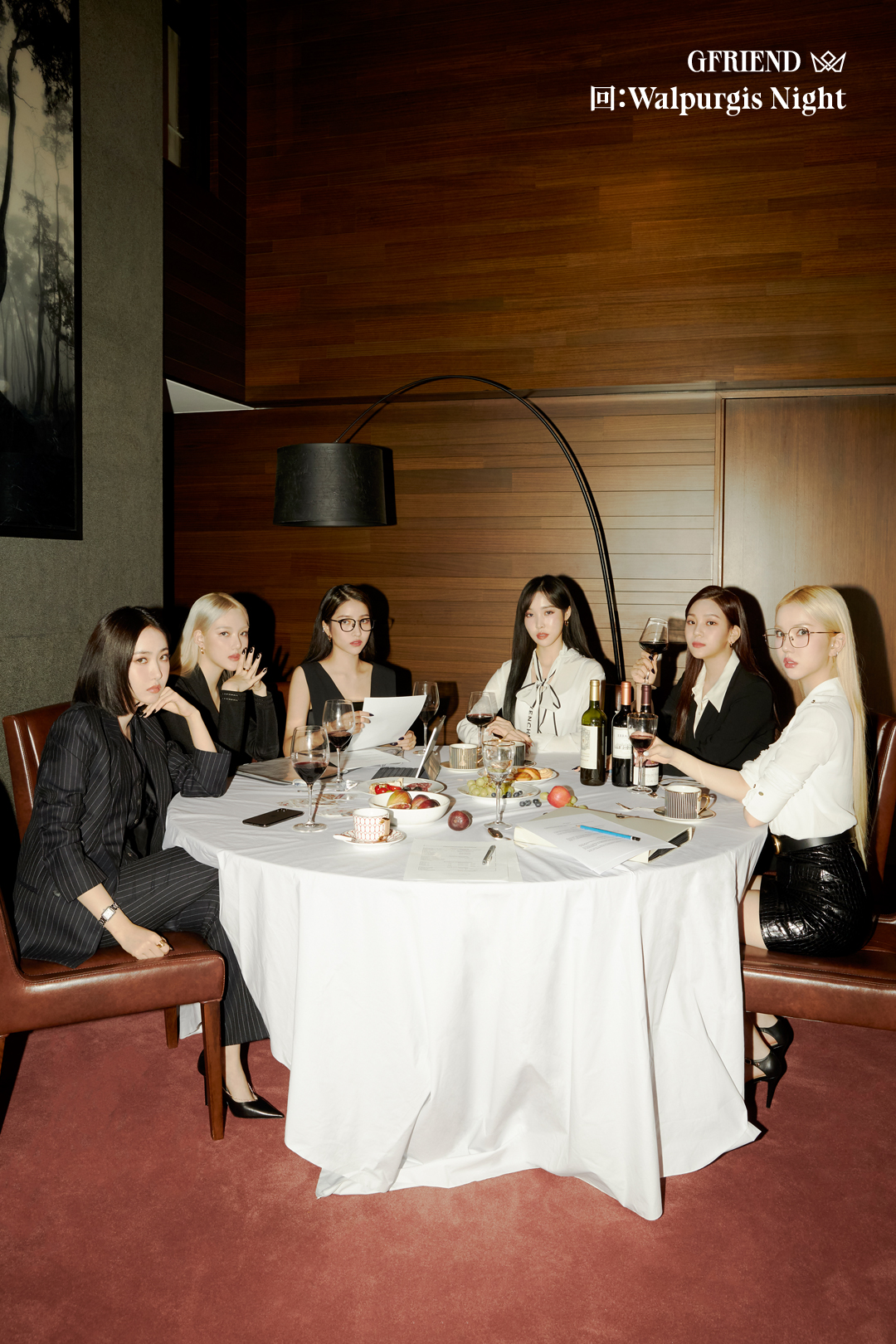 GFRIEND (여자친구) was a girl group consisting of 6 members: Sowon, Yerin, Eunha, Yuju, SinB, and Umji. The group debuted on January 16, 2015 with the EP “Season of Glass“, under Source Music which became a subsidiary company of Big Hit Entertainment (now known as HYBE Labels) in July 2019. Source Music released an announcement that the group will be disbanding and the members departing from the agency on May 22nd, 2021 following the expiration of their contract. 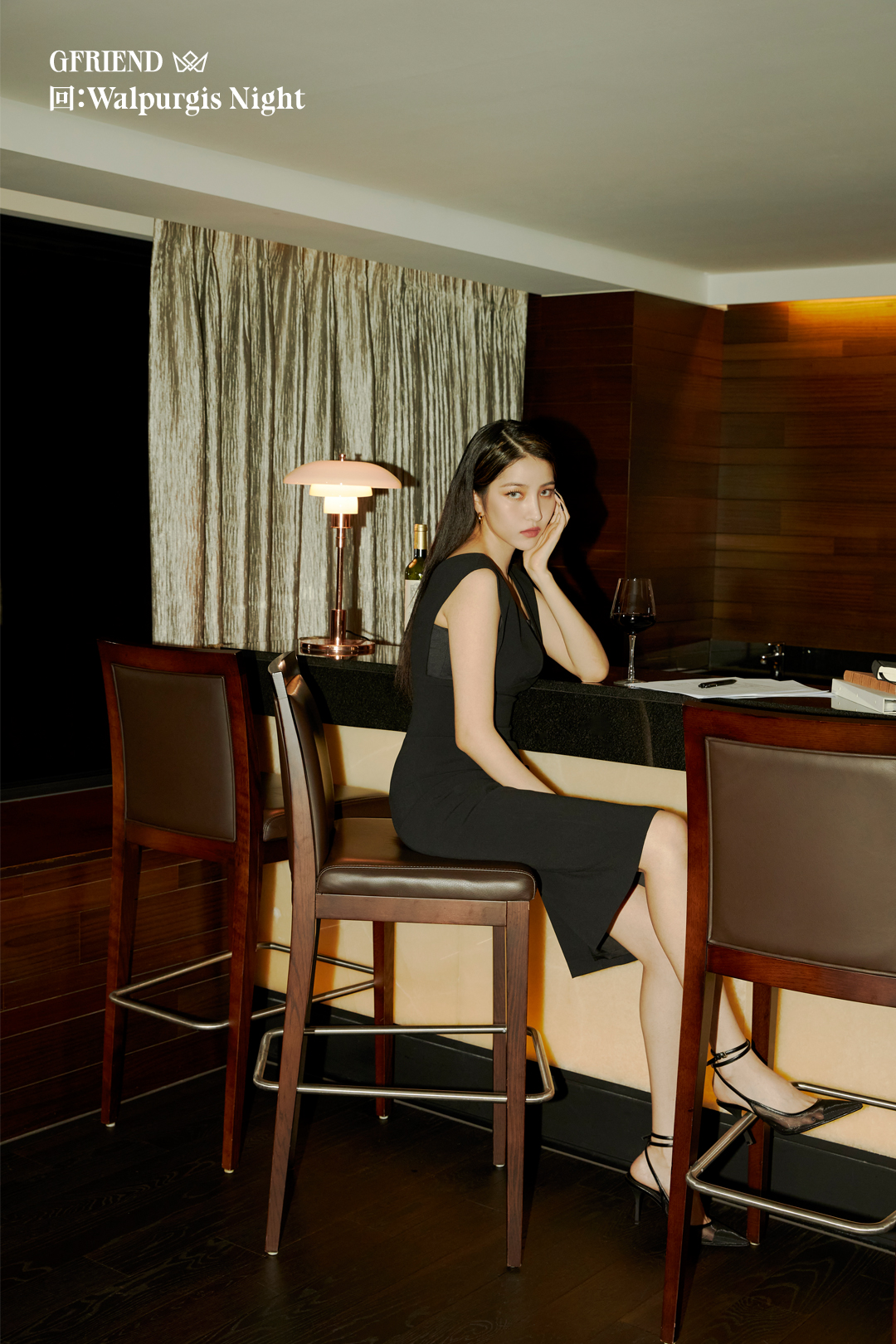 Sowon Facts:
– She was born in Seoul, South Korea.
– She has an older sister.
– She graduated from Hanlim Multi Art School.
– Sowon is majoring in Visual Media and Acting at Sungshin Women’s University.
– When she was a student, she used to take part in cheerleading.
– She can speak Korean and Japanese.
– She likes cooking and walking the catwalks.
– She good in playing bowling.
– Sowon’s favorite food is seafood.
– She has driving license.
– Sowon mentioned in Idol Room ep. 34 that she is 172.8 cm (5’8″) and her legs are 113cm (3’8″).
– She is said to have one of the longest pair of legs among female idols.
– Sowon is the visual of the group. (They introduced her as GFriend’s golden visual on GFRDxMMM Showtime.)
– She trained for 5 years before debuting.
– Sowon is close to Twice‘ Nayeon and Pristin‘s Nayoung.
– Sowon is very scared of bugs, while Yerin is very good at catching bugs.
– Sowon has a dog named Meonji.
– She was a trainee at DSP and she trained along KARD members.
– She visited North Korea when she was in the 5th grade.
– Sowon appeared in Rainbow’s “To Me” MV.
– Her stage name Sowon means “wish” in Korean.
– Sowon’s ideal type is Park Hae Jin.
Show more Sowon fun facts… 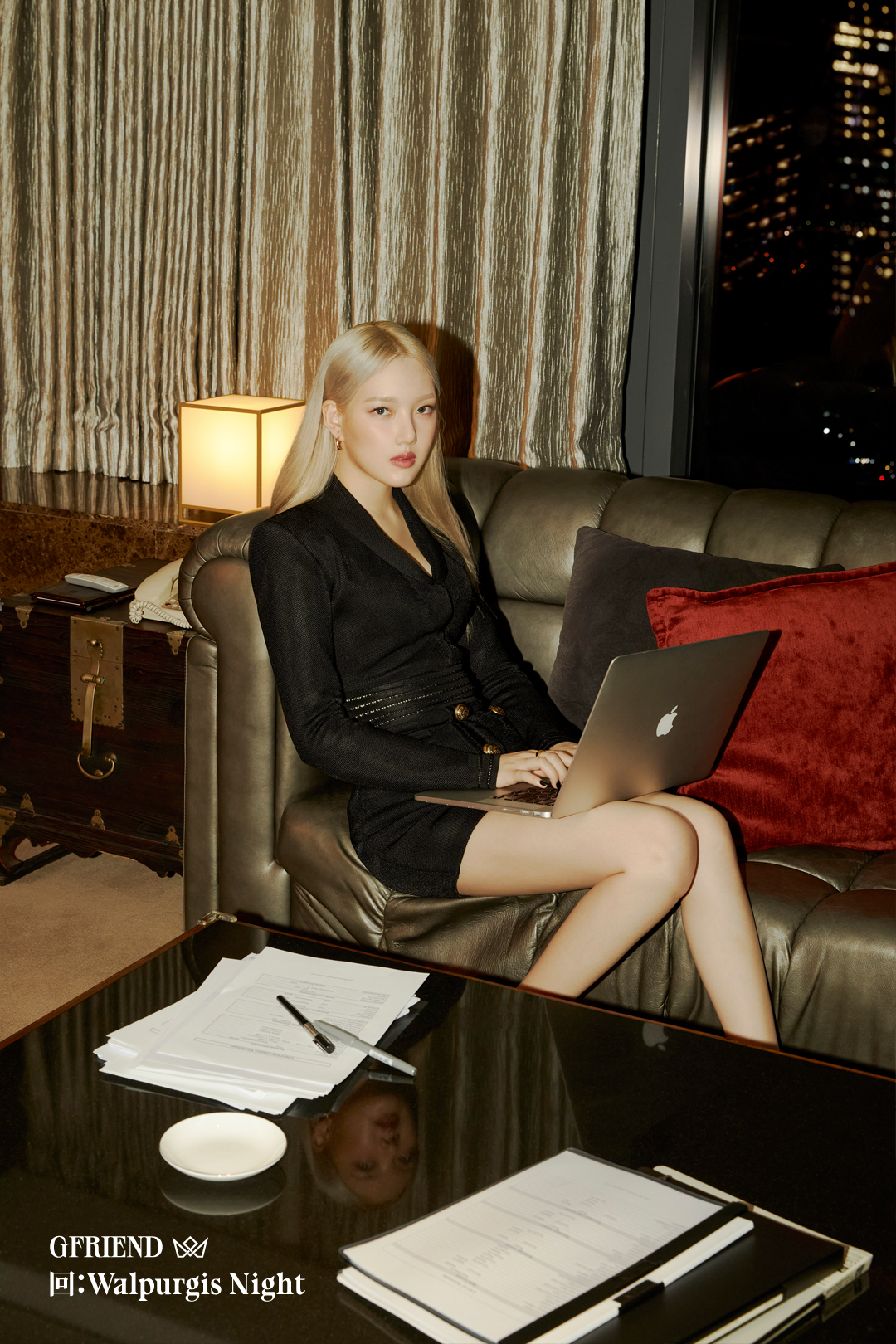 Yerin Facts:
– She was born in Seoul, South Korea but raised in Incheon, South Korea.
– She has an older brother, eleven years older.
– She graduated from School of Performing Arts Seoul.
– Yerin is a former Fantagio trainee.
– She was also a Cube trainee.
– She likes dancing and working out.
– She is great swimmer.
– She has driving license.
– Yerin’s nickname is “Ginseng” because she wants to be the one who gives her members energy.
– Yerin is a close friend of Red Velvet‘s Joy and APink‘s Hayoung.
– She is a big fan of SHINee.
– According to Yerin, Yuju and her is the funniest in GFriend.
– She’s a fan of manga and anime.
– Her favorite anime is “One Piece”.
– Her special talent is flipping pancakes.
– Yerin dislikes vegetables.
– She still gets motion sickness.
– She’s afraid of heights. (Laws of The Jungle ep. 06)
– But she’s afraid of nothing if she’s hungry. She killed and skinned a lizard in Law of the Jungle. XD
– Yerin is Christian.
– Yerin appeared in “King of Masked Singer” as “Fat Macaron”.
– Yerin and Eunwoo from ASTRO are friends. (“Secret Variety Training”)
– Yerin and Weki Meki‘s Yoojung are in a series called “The Future Diary”.
– Yerin ideal’s type is Lee Hyun Woo.
Show more Yerin fun facts… 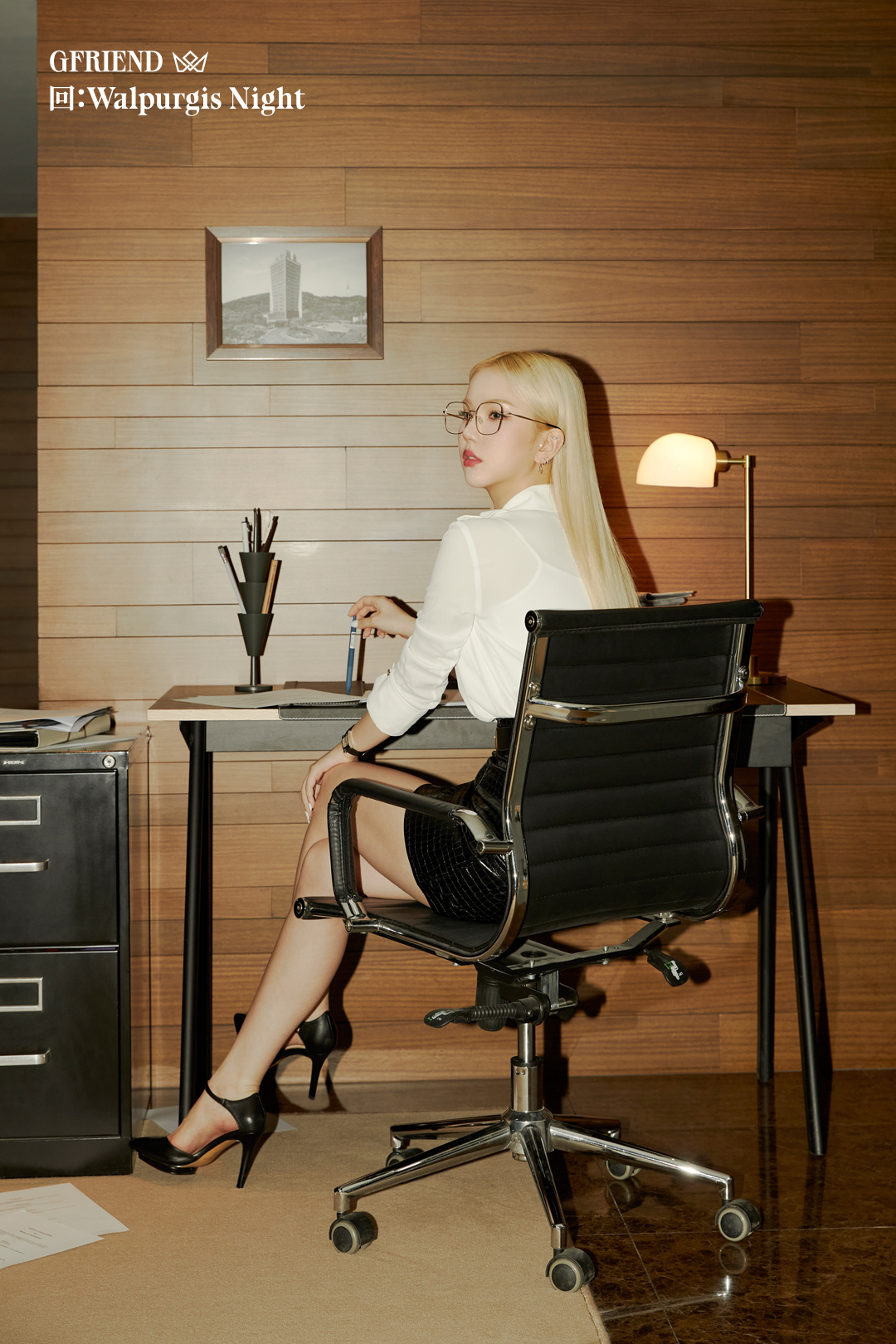 Eunha Facts:
– She was born in Seoul, South Korea.
– She has an older brother and an older sister. (“Mamamoo and Gfriend ShowTime”)
– She attended School of Performing Arts Seoul.
– She’s good in acting and singing.
– Eunha is a former trainee of BigHit. She only trained there for 1 year.
– SinB and Eunha have the same real name, EunBi.
– Eunha and SinB were in the same childhood dance team. (Weekly Idol)
– She only trained for 2 months under Source Music and got selected as a member of GFRIEND.
– GFRIEND members nicknamed her “Circle” because of her round-shaped face.
– When she was 7 years old, she was diagnosed with langerhans cell histiocytosis (LCH) but was treated and is now totally fine.
– She likes to cook. Her specialty is cooking mixed noodles.
– She likes to watch cooking shows.
– Before debut, she was child actress and model.
– She acted in the 2007 movie “Love and War”.
– She is part of a group called “Sunny Girls” with WJSN‘s Cheng Xiao, Oh My Girl‘s Yooa, Gugudan‘s Nayoung and MOMOLAND‘s Nancy.
– Eunha is a fan of Twilight movies.
– Sowon stated that Eunha was very quiet and didn’t talk a lot when they were trainees. (V LIVE)
– Eunha appeared in Yu Seungwoo’s “You’re Beautiful” MV.
– Her role model is IU.
– Eunha is Christian.
– She is close with Twice’s Sana.
– Her stage name Eunha means “galaxy”.
– Eunha was the second member to participate in ‘King of Masked Singer’, as “Fresh Santorini”.
– On November 9, 2020 it has been announced that Eunha is taking a brief break from activities as she experienced pain in her eye and the doctor diagnosed her with corneal inflammation and she needs rest.
– Eunha’s ideal type: Jo Jung Suk & Crush.
Show more Eunha fun facts… 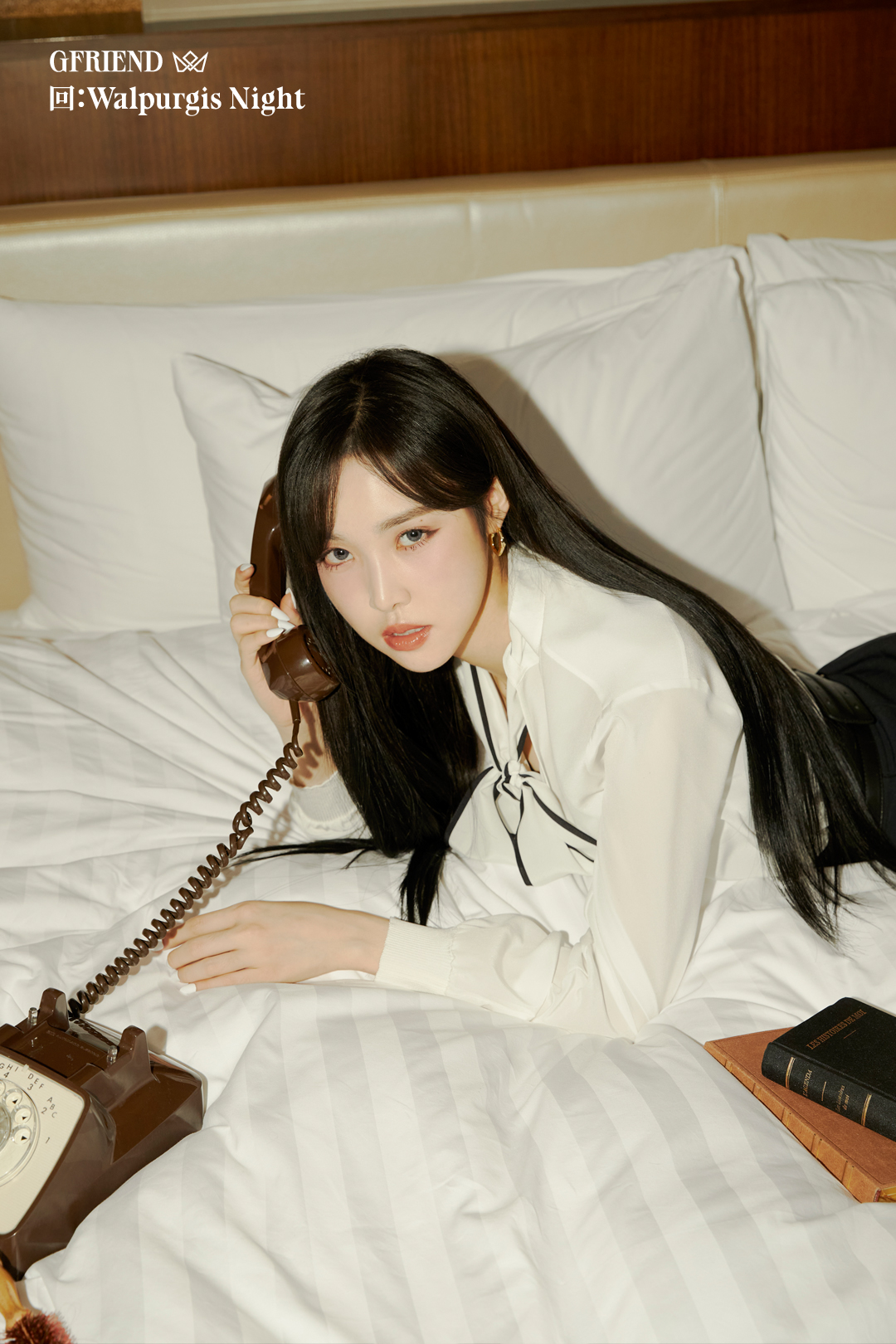 Yuju Facts:
– She was born in Ilsan, South Korea.
– She has an older sister.
– She attended Seoul School of Performing Arts.
– She’s good at writing lyrics and composition.
– She can play the guitar.
– She speaks English.
– Pre-debut Yuju participated on Kpop Star 1.
– Yuju was a former LOEN trainee.
– Yuju failed a JYP audition.
– Yuju’s favorite foods are rice and sweet potatoes.
– She is really good at running.
– Yuju is afraid of heights (according to Showtime).
– Members said that Yuju is the “Hidden Card” of the group.
– Her religion is Roman Catholic.
– Yuju’s baptismal name is Angela.
– She has a habit of clapping while sleeping.
– Yuju is the sporty of the group.
– She is very good at figure skating.
– She is also good at Rhythmic Gymnastics.
– Yuju is now called YeoJaeYi because of her weirdness.
– Her idol is IU.
– Yuju and Seventeen’s DK are classmates in SOPA.
– Yuju’s stage name means “affection”.
– Yuju was the first member to participate in ‘King of Masked Singer’, as “Christmas in July”.
– Yuju has an official Youtube Channel “Yuna Choi” where she cover songs. (the one which have 4k+ subs)
– Yuju’s ideal type is Kim Woo Bin.
Show more Yuju fun facts… 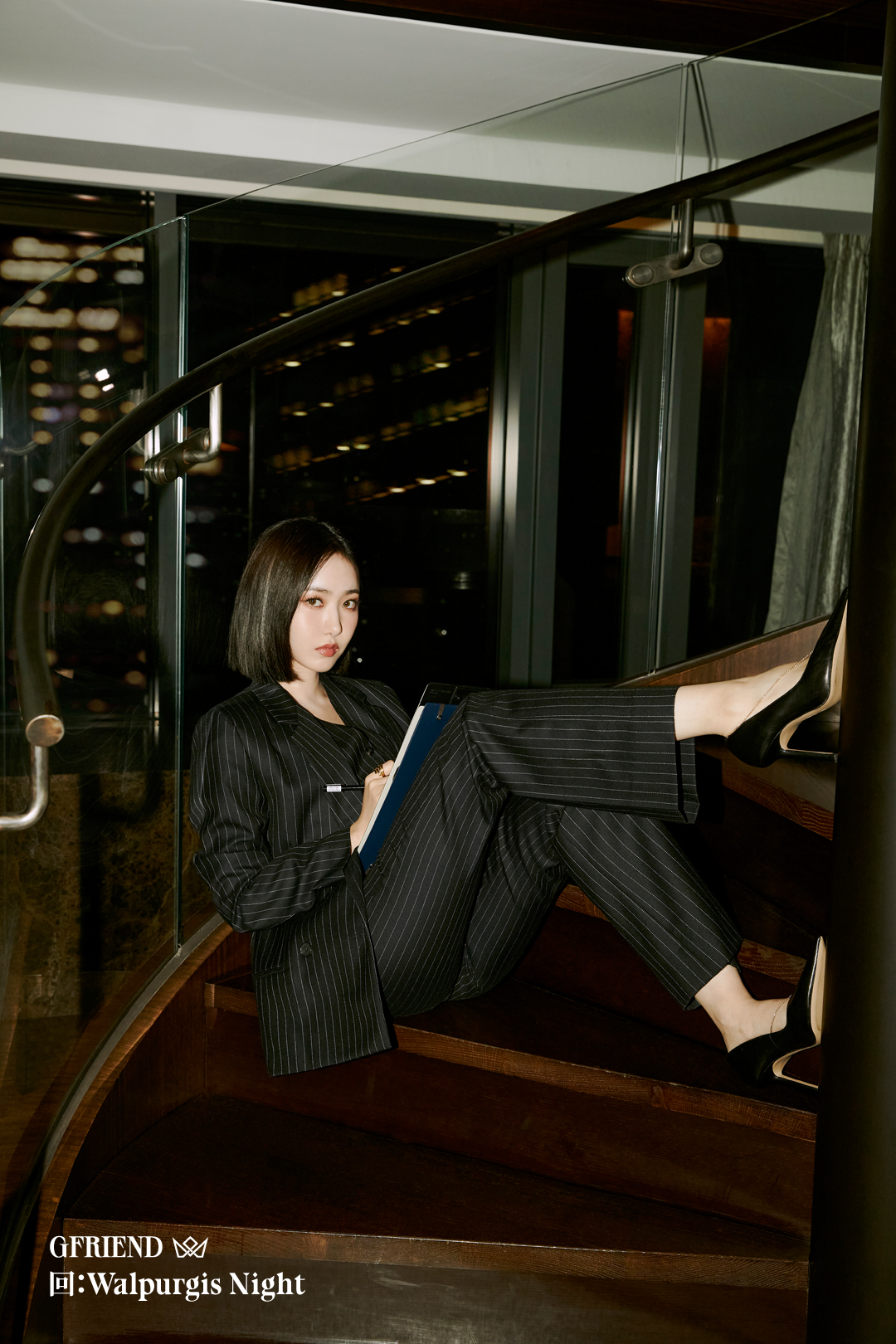 SinB Facts:
– She was born in Cheongju, South Korea.
– She has an older brother, named Hwang Jungwoo, born in 1996.
– She attended School of Performing Arts Seoul.
– SinB’s baptismal name is Esther.
– She is known for looking like Jessica Jung.
– SinB is a former child model for kids clothing. (She was part of Ulzzang Kids)
– SinB starred in the kids show “The Fairies in My Arms” on Korean TV – she was in every episode as Shawing (grasshopper fairy).
– SinB is a former trainee of BigHit and she was a trainee there for 5 years.
– She loves Bungee Jumping and paragliding.
– SinB and Astro‘s Moonbin are childhood friends. (They are neighbors).
– SinB, Astro’s Moonbin and iKON’s Chanwoo were in the same agency called ‘Kidz Planet’.
– SinB and Eunha were friends when they were in their childhood days.
– She hates to watch horror movies because she gets scared easily.
– She also hates to do aegyo.
– She’s a fan of Harry Potter series.
– She’s allergic to grapes.
– She loves eating spicy food.
– She has driving license.
– Sinb has a dog names Angkko.
– Her stage name SinB means “secret/mysterious”.
– SinB is the 4th member to appear on “King of Masked Singer”, as ‘Korean Fan Dance Girl’.
– In January 2019, Snin.B became the new model of Evisu.
– SinB’s all-time favorite K-pop group is BIGBANG.
– She is part of SM Station X girl group project: Seulgi x SinB x Chungha x Soyeon.
– SinB’s ideal type: G-Dragon.
Show more SinB fun facts… 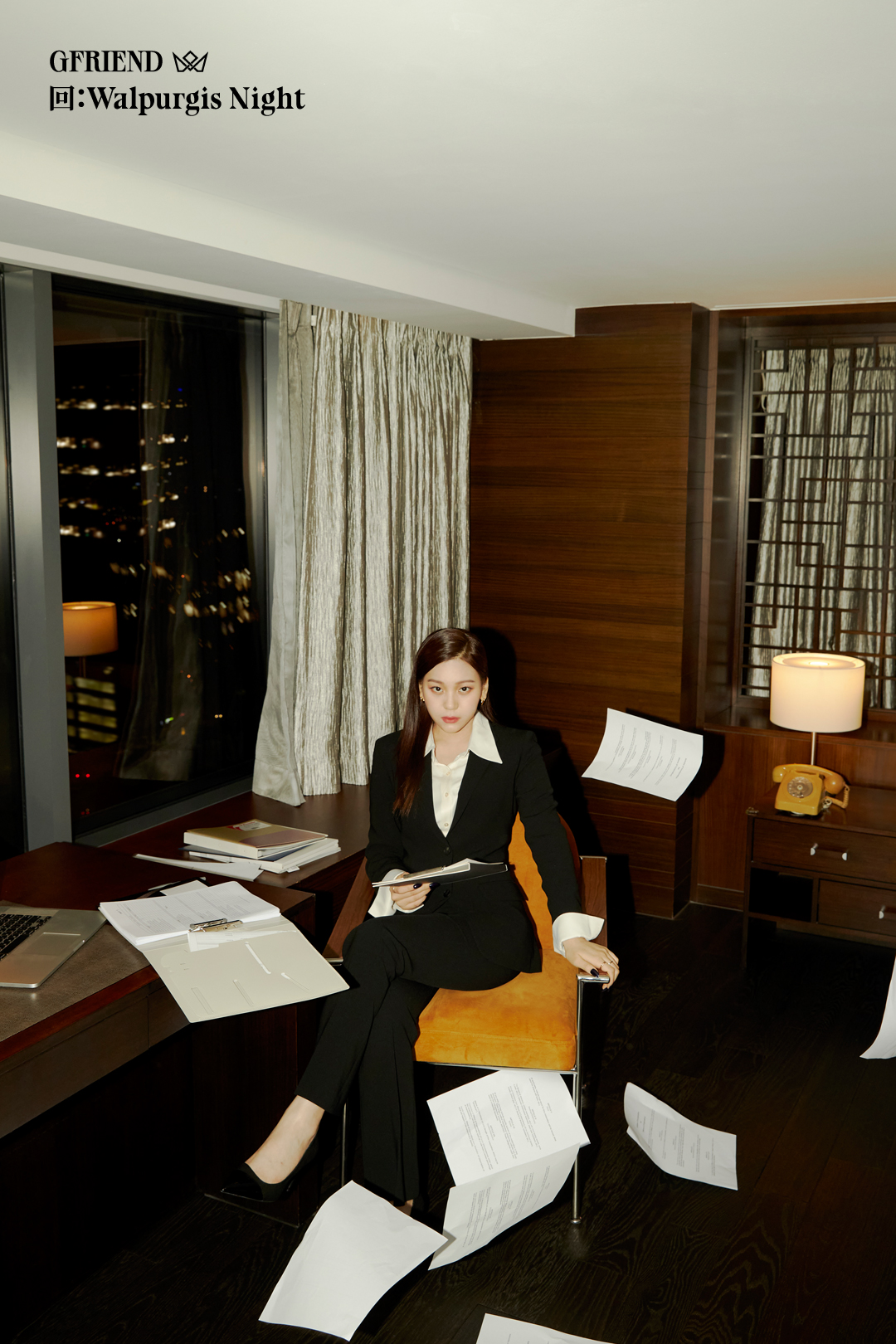 Umji Facts:
– She was born in Incheon, South Korea.
– Umji is born into a rich family. Umji’s father is the CEO of a famous dentist group called Moa Dentist Group.
– She has an older brother and an older sister.
– Umji went to an English pre-school.
– She graduated from School of Performing Arts Seoul, theater department.
– The CEO of Source Music saw her walking on the street and invited her to make an audition.
– Umji and Yerin have the same birth date, but different year.
– Umji and Yuju are the English speakers of the group.
– Her religion is Christianity.
– She’s a big fan of Disney.
– Her favorite Disney movie is “The Little Mermaid”.
– She likes singing Disney OSTs.
– She hates bugs.
– She can play the piano and the guitar.
– She likes to collect cosmetic products.
– Her hobbies are watching the sky in the morning and cooking.
– She has natural double eyelids.
– She has driving license.
– Umji calls herself as “the Consultant” of GFRIEND because the members go to her when they have a problem.
– Her stage name Umji means “thumb” in Korean.
– Umji is a big fan of Sunmi, she even danced to Sunmi’s “Gashina” in Weekly Idol.
– Umji is close friends with Somi (I.O.I).
– She was the 3rd who appeared in “King of Masked Singer”, as “Pheasant”.
– Umji’s ideal type is Cha Tae Hyun.
Show more Umji fun facts…

Related: Poll: Who owned each GFriend era?
Poll: Which is your favorite GFriend ship?
GFRIEND Discography

Who is your GFriend bias? Do you know more facts about them? Feel free to comment below. It can help new fans find more info about them. 🙂 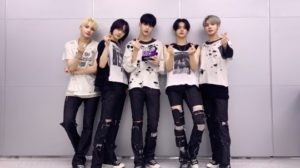 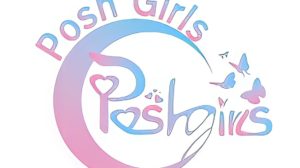 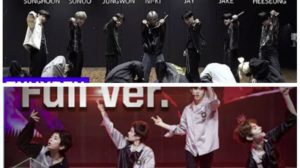 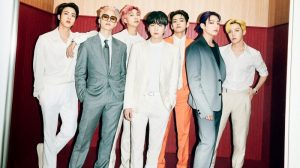