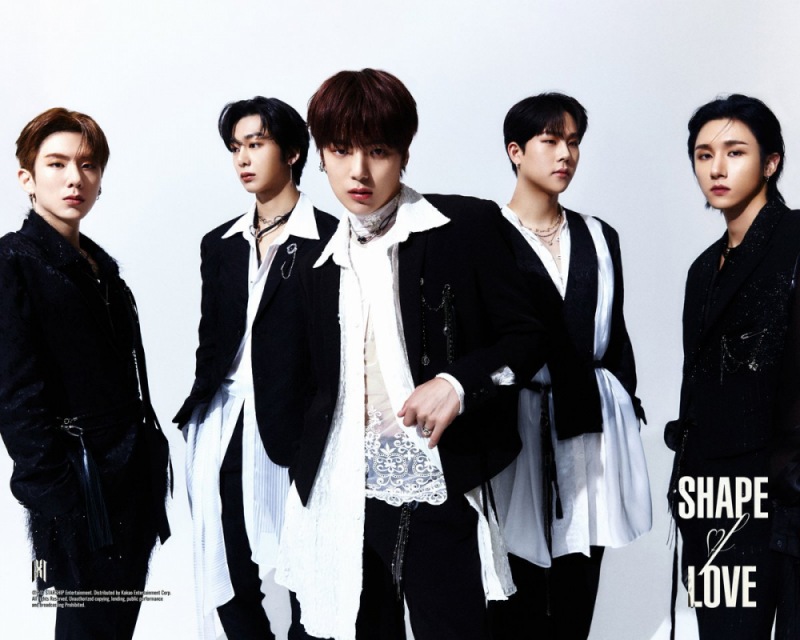 MONSTA X (몬스타엑스) consists of 6 members: Shownu, Minhyuk, Kihyun, Hyungwon, Joohoney, and I.M. They were created through the survival program NO.MERCY. MONSTA X debuted on May 14, 2015, under Starship Entertainment. Monsta X is also under the US label Maverick Agency as of February 26th 2019. On October 31, 2019 following the recent controversies, Wonho announced his departure from the group. 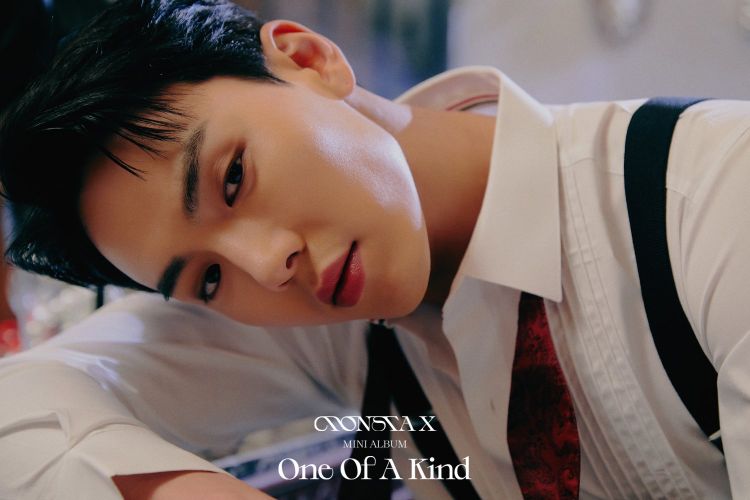 Shownu Facts:
– He was born in Changdong, Donbonggu, Seoul, South Korea.
– He doesn’t have any siblings.
– He was a former JYP Entertainment trainee with GOT7 but left due to training absences.
– He was a JYP trainee for about 2 years.
– He is still friends with GOT7.
– Stray Kids‘ Bang Chan revealed that when they were trainees, he and Shownu shared a dorm. (Finding SKZ)
– He used to be a member of the K-Pop boy group NUBOYZ.
– Shownu’s stage name means I want to “show you new things”. He was in NUBOYZ and wanted to give fans a SHOW = SHOW + NU.
– He likes meat and exercise.
– He was Lee Hyori’s backup dancer and performed with her (“Bad Girls,” “Going Crazy” “U-Go-Girl”)
– He starred in “High-end Crush” (2015), “Dae Jang Geum is Watching” (ep. 9-10)
– He participates in creating most of Monsta X’s choreographies.
– In 2016 Shownu was a contestant on the dance show “Hit the Stage”.
– His representative animal from “Safari in Monbebe World” is a Bear.
– Hobbies: listening to music.
– On July 22, 2021, Shownu enlisted in the military.
– On June 9, 2022, it was announced that he had renewed his contract with Starship Entertainment
– Shownu’s ideal type: A pure woman like the actress Gong Hyojin.
Show more Shownu fun facts… 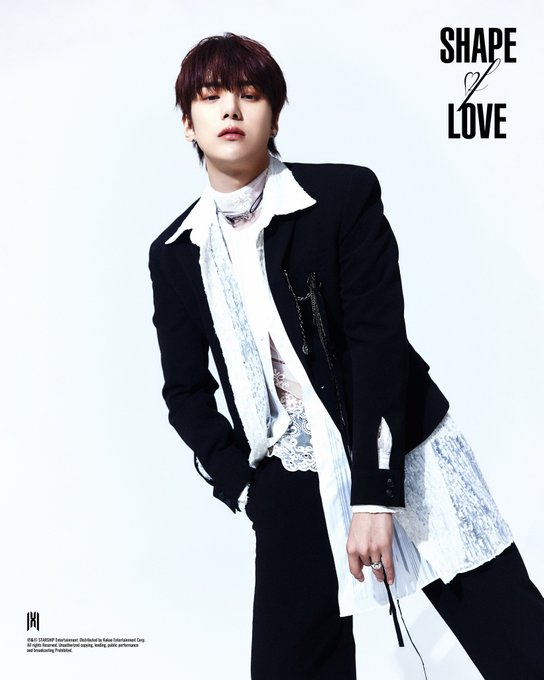 Minhyuk Facts:
– He was born in Gwangju, South Korea.
– He has a younger brother.
– He likes cola, sweet potato, and pizza.
– He’s the mood-maker of the group, lightening up the atmosphere with his jokes and funny personality.
– He’s most confident in his lips.
– He starred in “High-end Crush” (2015)
– Minhyuk is going to be on “Law of the Jungle” in Chile, replacing Kangnam (he got ill)
– He would like to learn acoustic guitar because he thinks it would go well with his husky voice.
– His representative animal from “Safari in Monbebe World” is a Puppy / Dog.
– Minhyuk’s ideal type: “A chubby girl. It’ll be nice if it’s someone who’s the opposite of me. ”
Show more fun facts about Minhyuk… 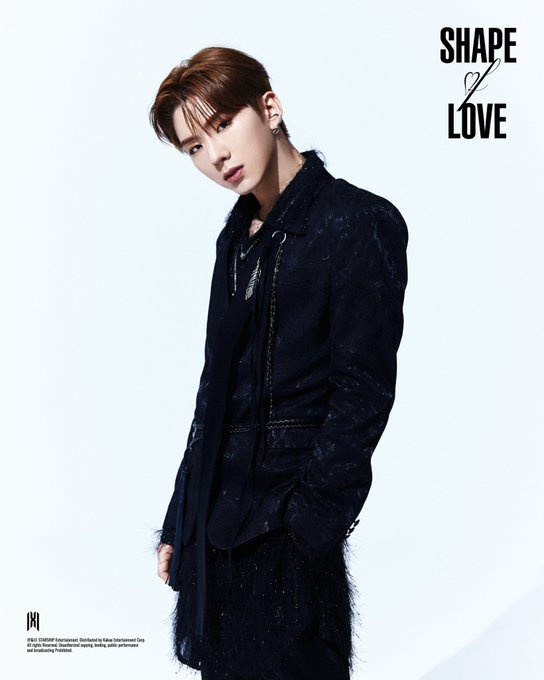 Kihyun Facts:
– Kihyun was born in Goyang, South Korea.
– He has an older brother (2 years older) that lives in Japan. (vLive)
– He’s the best vocalist in the group.
– He graduated from DIMA, Dong’Ah Institute of Media and Arts.
– He likes composing songs and writing lyrics.
– He can play the piano.
– He released a single with Sistar’s Soyou & Giri boy titled “Pillow”.
– He starred in “High-end Crush” (2015)
– He’s especially good at making ramen.
– Hobbies: Dancing and hanging out with friends.
– His representative animal from “Safari in Monbebe World” is a Hamster.
– Kihyun made his solo debut on March 15, 2022, with his solo single album “VOYAGER”.
– On June 9, 2022, it was announced that he had renewed his contract with Starship Entertainment
– Kihyun’s ideal type: A girl who seems like a baby and has a lot of aegyo.
Show more Kihyun fun facts… 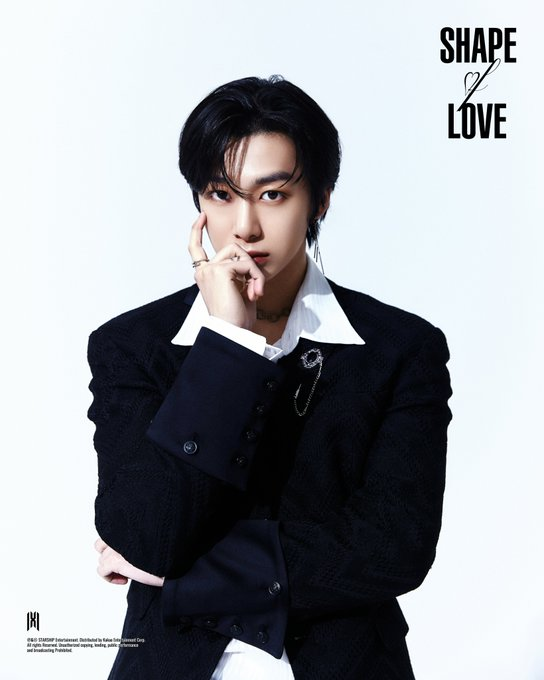 Hyungwon Facts:
– He was born in Gwangju, South Korea.
– He has a younger brother.
– He likes pork bbq, sashimi, and salted fried giant shrimp.
– He is known for his thick lips.
– He’s the one who sleeps the most.
– Before joining Monsta X, Hyung Won was a popular model. He participated in lots of fashion shows.
– He starred in “High-end Crush” (2015) and “Please Find Her” (2017).
– He loves traveling. His parents own a travel agency, where he used to work when he was younger.
– He is a terrible cook, according to his bandmates.
– Hobbies: Modeling and shopping.
– His representative animal from “Safari in Monbebe World” is a Turtle.
– Hyungwon is also a DJ and he is known as DJ H.One.
– He was the lead actor in the drama “Fly Again” (2021).
– On June 9, 2022, it was announced that he had renewed his contract with Starship Entertainment
– Hyungwon’s ideal type: “A woman who is wise and kind. A woman with manners.”
Show more fun facts about Hyungwon… 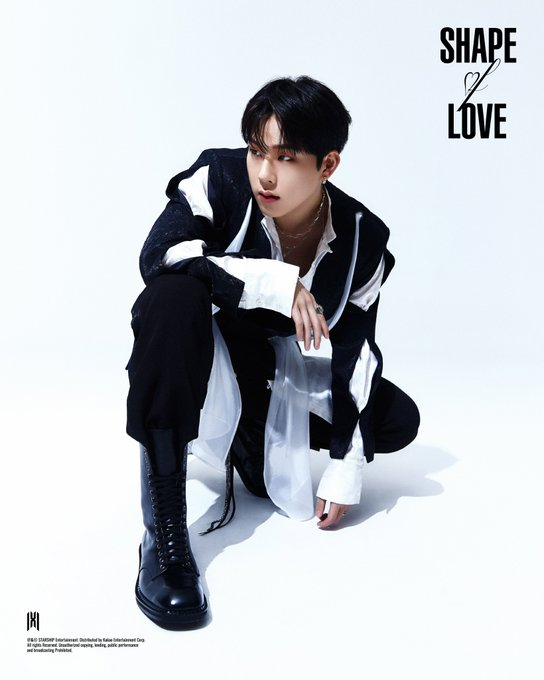 Joohoney Facts:
– He was born in Seoul but he grew up in Daegu.
– He has a younger brother.
– He admires Michael Jackson a lot.
– He was the best rapper among the trainees.
– Released a single with Hyorin & San E.
– In addition to writing lyrics and song production, he also wants to take part in creating the album jacket and music video.
– Featured in MadClown’s single even though he was still a trainee.
– He used to be a member of the K-Pop boy group NUBOYZ (Starship Entertainment).
– He starred in “High-end Crush” (2015)
– He speaks Korean and English.
– Hobbies: Playing video games, going out with friends, watching movies.
– His representative animal from “Safari in Monbebe World” is a Bee.
– On April 28, 2015, he released his 1st mixtape ‘JUNG JI‘.
– On August 31, 2018, he released the “Red Carpet” MV.
– Joohoney’s ideal type: “A woman who suits well with jeans. All those people are my ideal type.”
Show more Joohoney fun facts… 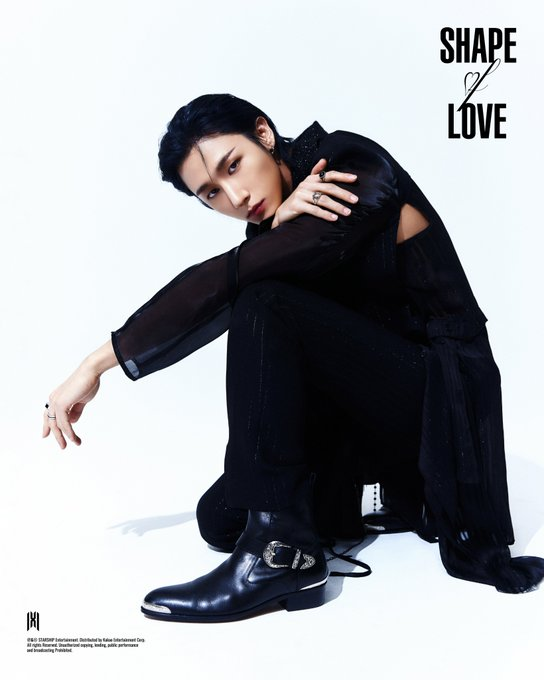 I.M Facts:
– He was born in Gwangju, South Korea.
– He has an older brother.
– He lived abroad a lot during his childhood, because his father was a scientist and his work demanded of him to travel around the world.
– He lived 3 years in Boston and 4 years in Israel.
– His English name is Daniel/Danny (he used this name while he lived in the US).
– His role model is his father.
– He once wanted to pursue science and education.
– He starred in “High-end Crush” (2015)
– He can speak English fluently.
– Hobbies: Writing songs, and hanging out with his group mates.
– He used to be part of the group Nu’bility.
– His representative animal from “Safari in Monbebe World” is a Wolf.
– I.M ideal’s type: “I look at the person’s personality.”
Show more fun facts about I.M… Wonho Facts:
– He was born in Sanbon-dong, Gunpo, South Korea.
– Family: Parents, younger brother (married)
– Things that he likes: Protein, vitamins, other health products, electronics, and studying song production.
– He is a former ulzzang.
– He appeared in “Ulzzang Shidae Season 3” TV show (2010/2011)
– He used to be a member of the K-Pop boy group NUBOYZ.
– He starred in “High-end Crush” (2015)
– He admires Kanye West a lot.
– Wonho has acrophobia (fear of heights).
– Hobbies: Going out with friends and playing video games.
– His representative animal from “Safari in Monbebe World” is a Rabbit.
– Following the recent controversies (the claims that he owes money to friend Jung Daeun and suspicions of illegal use of marijuana back in 2013) on October 31, 2019, Wonho announced through a handwritten letter that he and Starship Ent. amicably decided his departure from the group.
– On March 14, 2020, Starship issued a statement confirming the investigation had concluded and Wonho was cleared of all charges.
– On April 9th, 2020 Wonho signed with Highline Entertainment (A subsidary of Starship Entertainment) as a soloist and as a producer.
– Wonho’s ideal type: Someone who makes ramyun well. When asked about marrying he said he isn’t interested in marriage. “I’m not interested in marrying. My younger brother will marry someone, so there is no problem for my family.”
Show more Wonho fun facts…

Note: Please don’t copy-paste the content of this page to other sites/places on the web. If you use info from our profile, please kindly give us credits. Thanks a lot! 🙂 – Kprofiles.com

Wonho announced his MBTI changed to ISFP, in Oct. 2021, during one of his ohhoho episodes. Joohoney updated his MBTI result to ENFJ during his Interview with Lee Young-ji.

Who is your MONSTA X bias? Do you know more facts about them? Feel free to comment below. It can help new fans find more info about them. 🙂 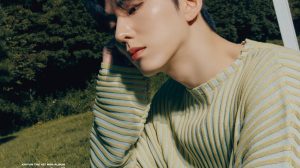