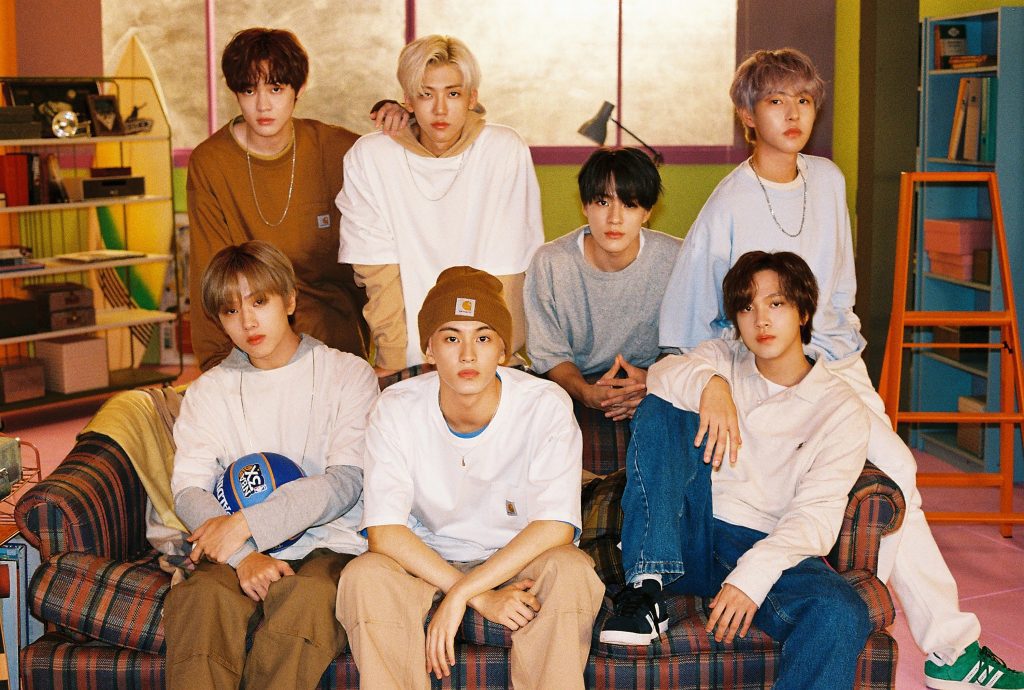 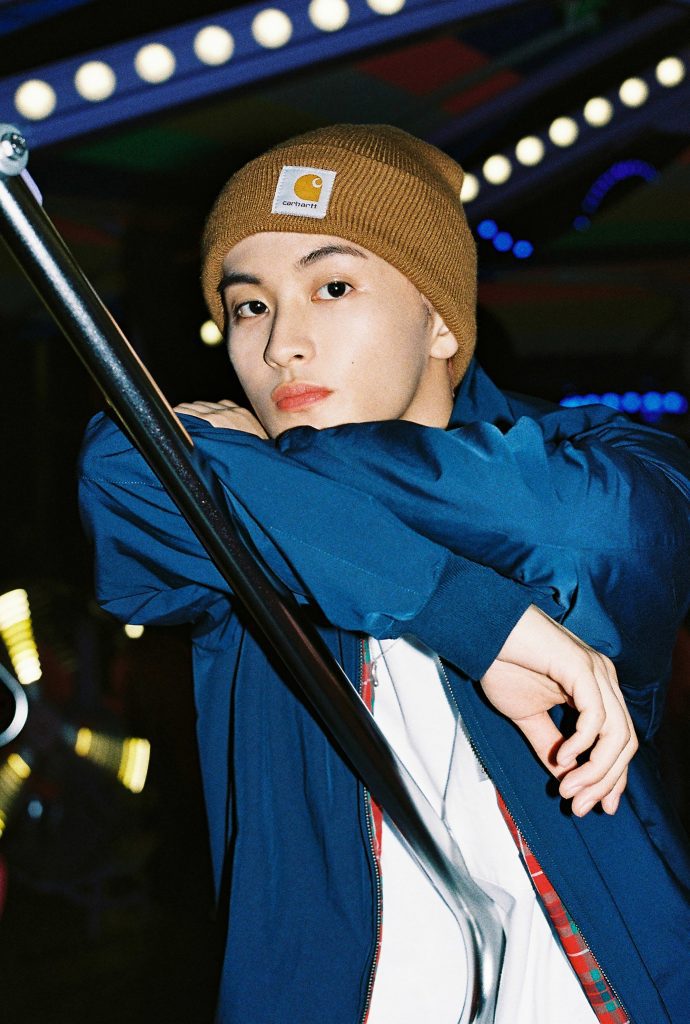 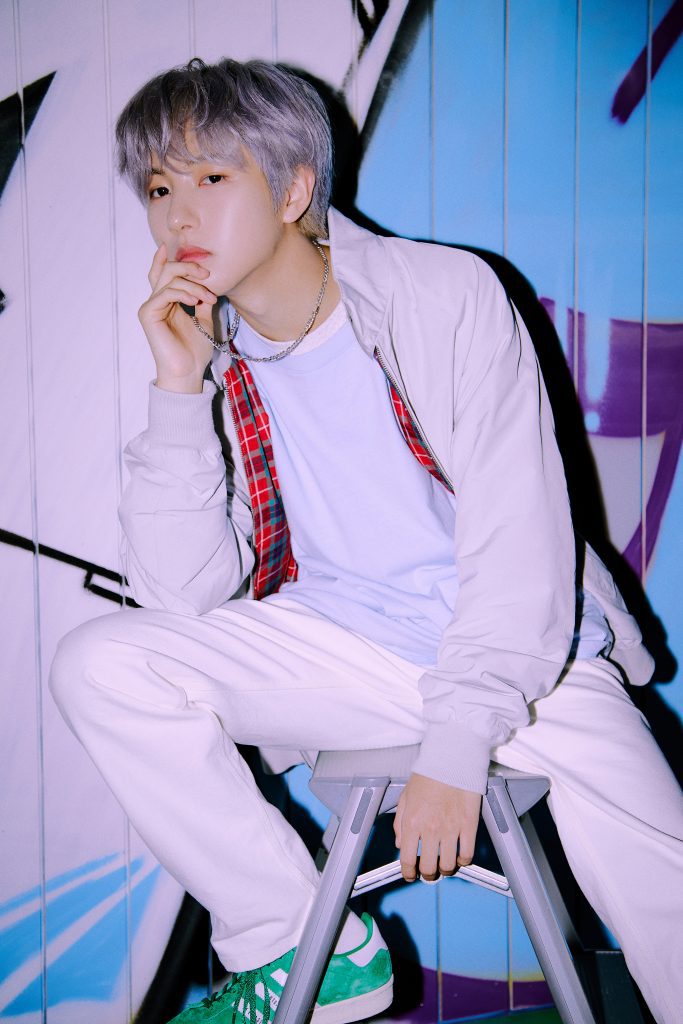 Renjun facts:
– He was born in Jilin, People’s Republic of China.
– Education: Beijing Contemporary Music School
– His favorite school subject is Korean. There is no subject that he hates.
– His new nickname is “Injoong”. (vLive)
– His hobby is Drawing Moomin. XD
– His favorite food: hot pot, especially with beef. He said that if all of NCT Dream went to China he’d want to have hot pot with them.
– Because of where he lived, he grew up bilingual in both Korean and Mandarin. However he also understands English very well.
– His favorite movies: Avengers and Avatar (he said pretty much just sci-fi)
– His favorite animal is the fox.
– Renjun’s favorite movie is Awake (Celuv.Tv)
– He appreciates a lot Lay from EXO.
– Renjun said he has been practicing ballet and contemporary dance.
– Renjun says he’s aware of how dirty the room he shares with Jisung and Jeno is. He says all the lotions are all over the place, but they have their own spots.
Show more Renjun fun facts… 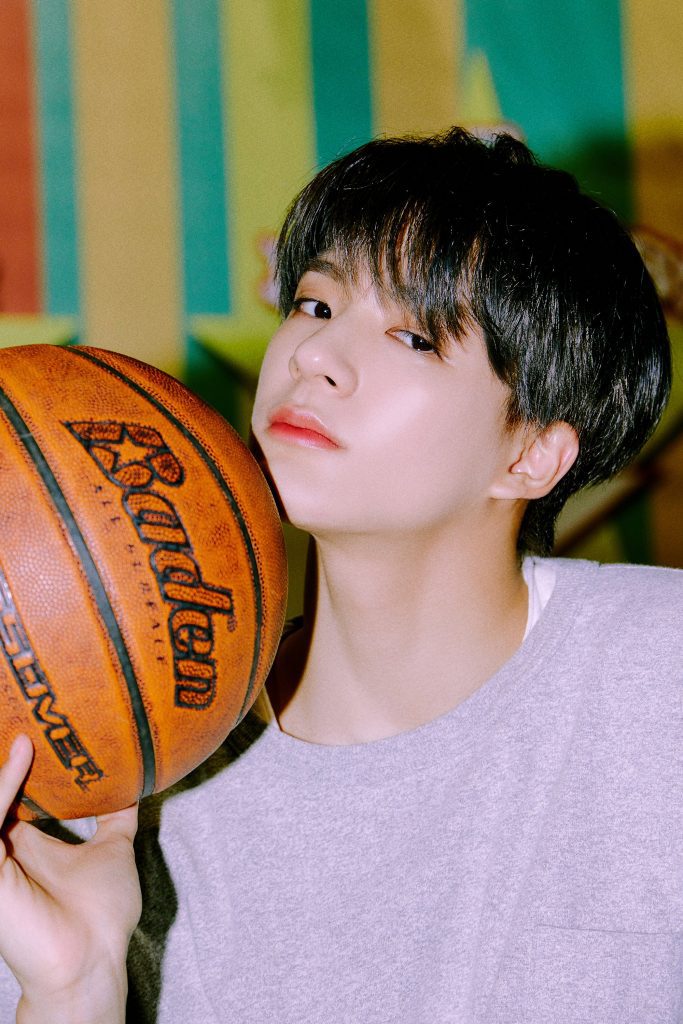 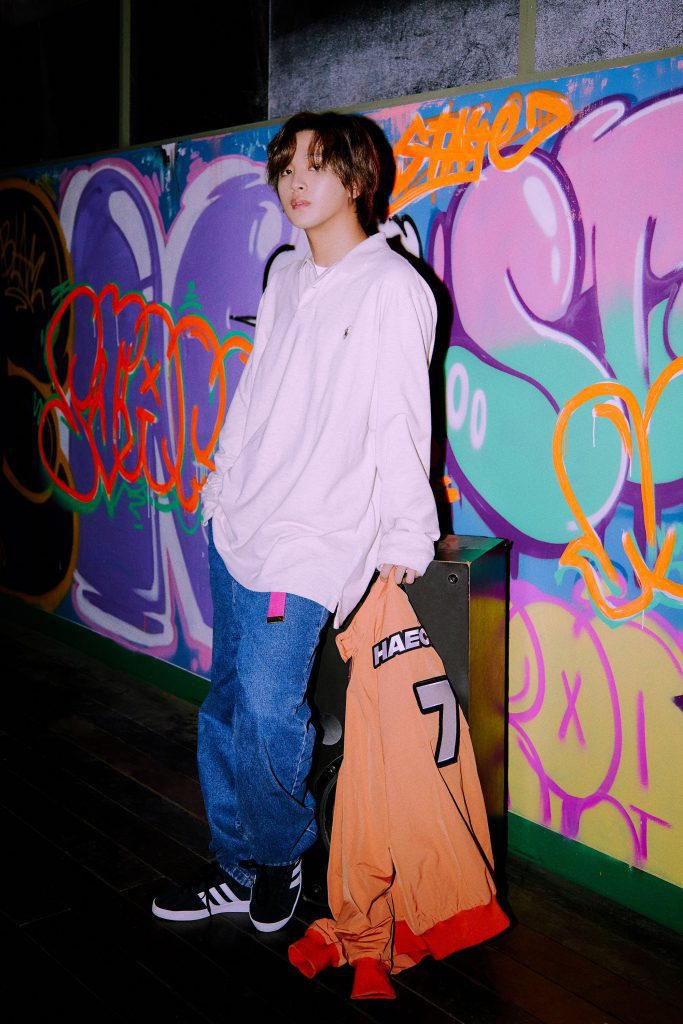 Haechan facts:
– He was born in Seoul but moved to Jeju when he was 7 through to the age of 12 ([N’-60] Dream VS Dream)
– Education: Seoul School of Performing Arts
– Specialty: Dance and playing football
– Nickname: Dongsookie
– His hobbies are playing piano, listening to music, singing.
– His favorite subject in school is Music while the subjects he hates the most is Science.
– He dreams to become a singer-songwriter.
– Haechan said the Ah~~~~~ in Limitless in his sleep according to Mark and could hold it for a long time too. XD
– He also snores in his sleep. XD
– He’s the mood maker of the group.
– He does the most cleaning in the dorm.
– Haechan does a lot of skinship. (NCT Night Night)
– Haechan is the only member who is most likely to answer his phone. (NCT Night Night)
– Haechan fractured a shinbone on his right leg while preparing for upcoming performances and has been to the hospital, he’ll be excluded from all schedules while he recovers. (Posted by Smtown on 19-12-2018)
– He was announced as a NCT U member for the STATION X special release, on December 2, 2019.
– He’s also part of NCT 127
– Haechan lives in the NCT 127 dorm. In the new dorm Haechan and Johnny are roommates. (Lower floor)
– Haechan’s ideal type: Someone with good vocals. Someone with an easy-to-listen to voice. He prefers short hair.
Show more Haechan fun facts… 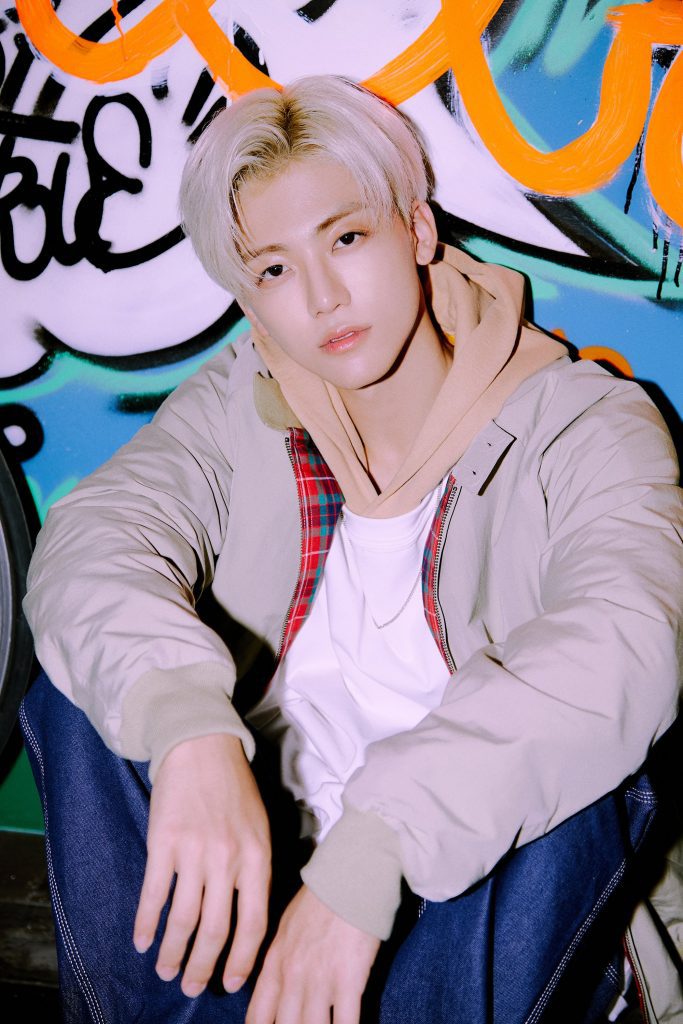 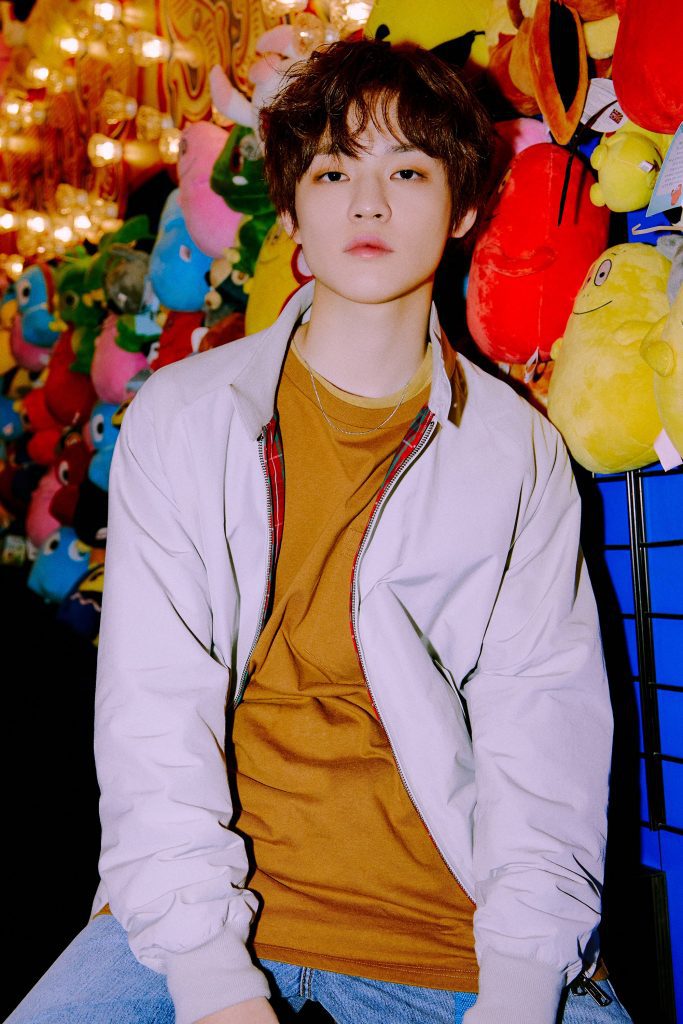 Chenle facts:
– He was born in Shanghai, People’s Republic of China.
– Education: Beijing Contemporary Music School
– He has an older brother.
– His favorite school subjects are Physical Education, Mathematics, English and his most dislike subjects are Sociology and Science.
– He debuted only after 2 months of training.
– His hobbies are cooking, football and everything related to music.
– He appreciates Lay (EXO) a lot.
– Chenle is afraid of spiders.
– He can play the piano.
– He speaks mandarin in his sleep.
– He really likes kimchi and eggs (eats about four fried eggs a day and makes the eggs himself).
– Chenle likes Chocolate Milk (pretty much anything chocolate)
– Renjun said when Chenle makes eggs, oil is all over the floor.
– Chenle is known as “Dolphin” because of his high pitch laugh and screams.
– He’s released two albums.
– Chenle doesn’t live in the dormitory anymore, his mom bought a house in Seoul and stays with him. If his mom has a business to attend to in China, his aunts stay with him. (“One Night Sleepover”)
Show more Chenle fun facts… 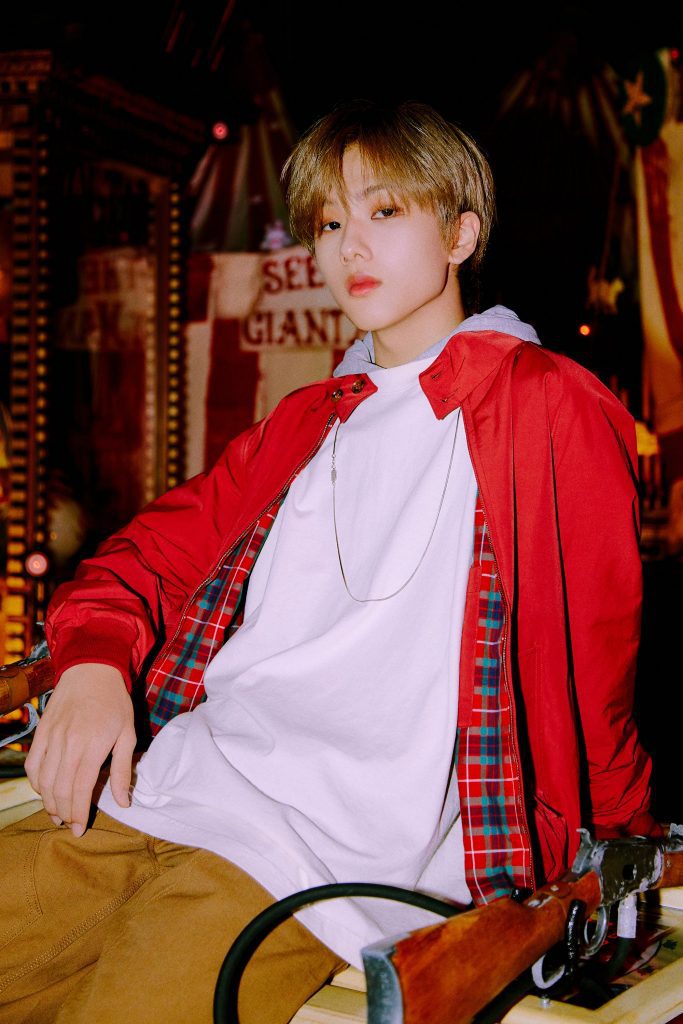 Jisung facts:
– He was born in Seoul, South Korea, but lived in Busan for 3-4 years.
– Education: Mia Elementary School
– Specialty: Popping, Locking
– Favorite Sport: Soccer
– Favorite Artist: EXO’s Kai
– Hobbies: Rapping, Dancing, Singing
– His favorite school subject are Physical Education and Sociology, he hates all the rest of the subjects.
– Jisung has very large hands and feet.
– Jisung said that his nickname is “Jwi” (mouse) because he looks like a mouse. (MTV interview)
– He’s afraid of cockroaches. His hyungs Haechan and Jeno asked to borrow his iPod and returned it with the wallpaper as a cockroach, which made Jisung drop the phone and scream.
– He sleeps in the living room of the dorm because he says since he has top bunk, it takes too long to get up and down from it.
– Jisung says he has magic hands as he breaks everything he touches. XD
– He doesn’t do the dishes properly.
– Dirtiest member (JN “Who’s the dirtiest member?” MK “Jisung Parrrrk” *dabs* XD).
– He can understand English well, but he’s not confident in his pronunciation. (vLive)
– He said he likes writing and he’s now writing a novel. (BOY #JISUNG VIDEO)
– He is a maknae who uses a lot of banmal (casual speaking with the older members).
– Jisung is on the KBS show “Dancing High”.
Show more Jisung fun facts…

Note 3: The current listed Positions are mainly based on the positions given out through Melon, Naver and Weekly Idol. If any new updates regarding positions appear, we will update the profile again.

Note 4: Despite explaining that NCT Dream has no Leader on Weekly Idol in 2018, the members have referred to Mark as the Leader or Captain multiple times since then.

Who is your NCT Dream bias? Do you know more facts about the members? Fell free to comment below. It can help new fans find more info about them. 🙂 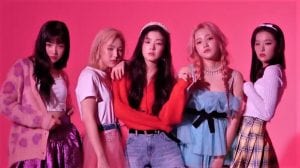 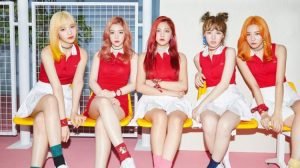