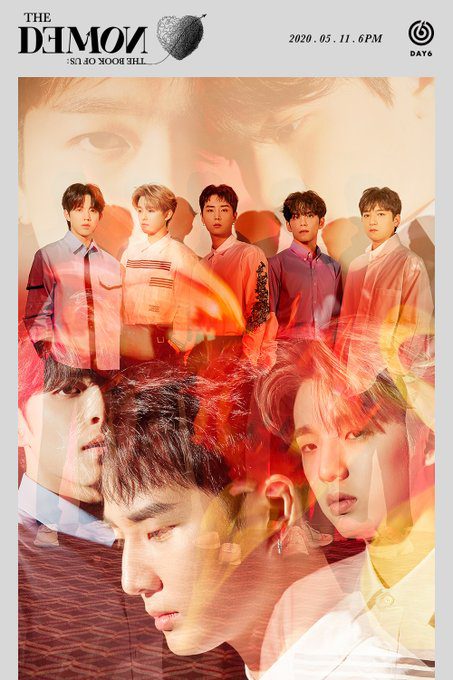 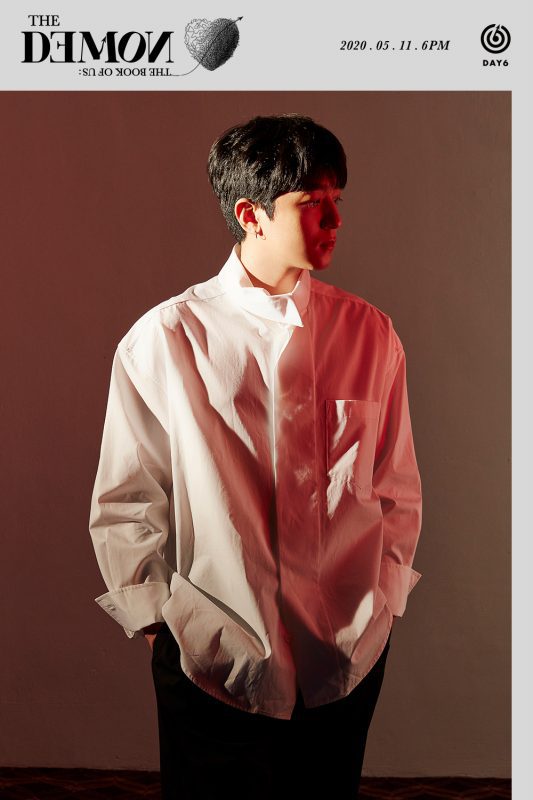 Sungjin Facts:
– He was born in Busan, South Korea, he later lived in Seoul.
– He has an older sister.
– His hobbies are sport and games.
– He was a member of the original formation of Day6 known as 5LIVE which made its soft debut in promotions in 2014. However, the band changed their name after fans compared them to American band Maroon 5.
– It makes him happy when Wonpil just go to sleep and doesn’t talk to him (because he doesn’t know how to answer Wonpil’s questions like, “are you a bear?”)
– Nags the maknae line a lot.
– Good friends with JB of Got7 and with Sandeul from B1A4.
– He was proud that even when he was not feeling well while writing a song, the song still turned out good
– According to Jae, he looks like Lee Min Ho.
– Is really a good dancer but he always does an ugly dance when asked to dance in broadcasts.
– Jae calls Sungjin “Bob” because Jae says he looks like Bob the builder.
– Sungjin actually appeared in an episode of Hidden Singer in season two where he competed against JYP himself to see who sounded most like JYP. He passed the first two rounds but was eliminated in the third round with most of the votes (to which he didn’t sound like JYP).
– Young K called Sungjin the “Mosquito head hunter” in Day6’s first DJ Vlive since he always kills mosquitoes.
– Sungjin was on Weekly Idol ep. 305 as a masked idol.
– MBTI type: ENFJ
– Update: In the new dorm, all the members have their own room.
– Sungjin’s ideal type: a girl like his mom; When he had to choose between a few options, he said he prefers short hair, someone sexy and tall. (Ariran Radio interview)
Show more Sungjin fun facts… 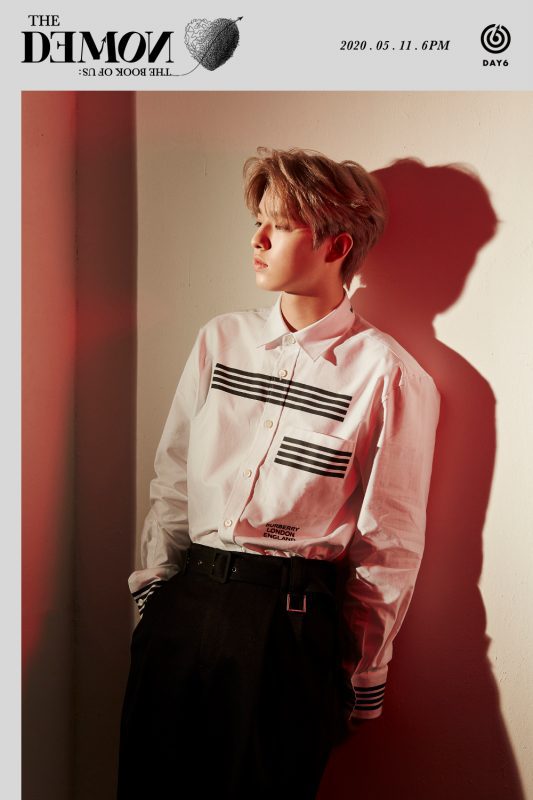 Jae Facts:
– He was born in Buenos Aires, Argentina, but when he was 5 his family moved to California.
– He has an older sister.
– Jae attended Cerritos High School in California and California State University, Long Beach.
– Before joining Day6, he would often post song covers to YouTube. His YouTube channel: yellowpostitman
– His hobby is playing badminton.
– He placed 6th on Kpop Star season 1 and signed a contract with JYP Entertainment.
– He is also called as ‘Chicken Little’ because he looks like him.
– Also called hashtag king because he uses a lot of long hashtags.
– Another nickname he has is “Harry Potter”. He himself said he killed a dragon. XD
– Jae was MC in ASC (After School Club) along with 15&‘s Jimin, U-KISS‘s ex member Kevin.
– On July 6, 2018, Jae graduated as an MC of ASC, due to his upcoming promotion schedule.
– Founder of jaehyungparkian (his ship name with Young K)
– He doesn’t like aegyo.
– He formed a debate club in high school.
– He thinks he looks attractive with glasses on.
– He believes he introduced the Bernie dance to Korea.
– Jae gets sick easily and gets stomach aches easily.
– He used to edit Day6’s own wikipedia and played with members’ nicknames.
– Loves his foam cleanser a lot.
– Jae is allergic to pollen, he said that in his vlog on youtube.
– Used to be very active on twitter, tweeting hilarious tweets every day.
– Most fluent in English but is not that good in speaking Korean.
– Jae dreams in both English and Korean.
– Jae is lactose intolerant. (From his vlog on YT)
– Jae is friends with The Rose members, especially Woosung and with K.A.R.D.’s BM.
– Jae said he thinks in Korean when he’s angry on his ASC graduation episode.
– MBTI type: INTP
– Update: In the new dorm, all the members have their own room.
– Jae’s ideal type: he prefers short hair, someone cute and short. (Ariran Radio interview)
Show more Jae fun facts… 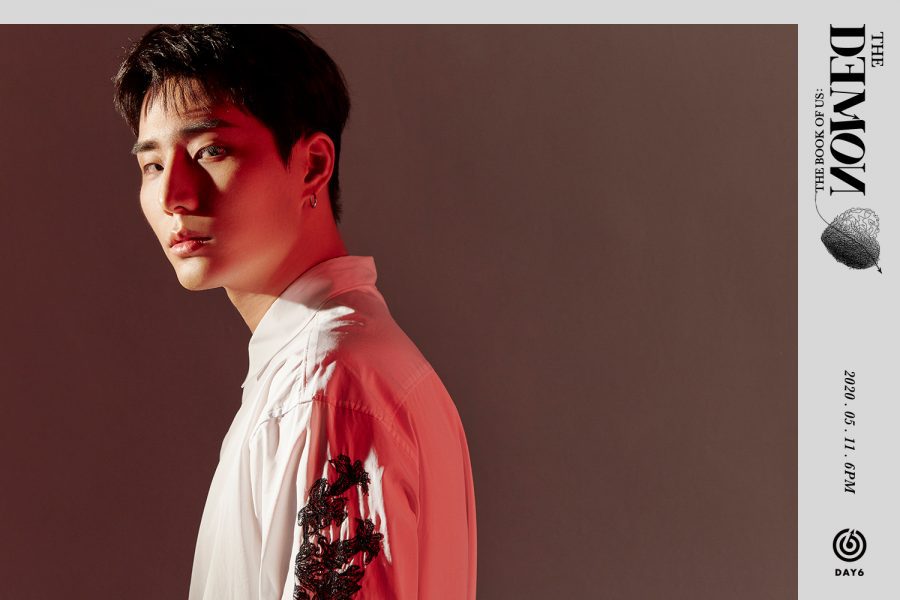 Young K Facts:
– He’s born and raised in Ilsan, South Korea, and moved to Toronto, Canada, to attend high school.
– He lived in Toronto for about 4 years.
– He’s an only child.
– During middle school, his dream wasn’t to be a singer, but a basketball player.
– He began his career in 2010 under the name Brian Kang as a member of a musical trio in Toronto, Canada.
– Young K was Scouted by JYPE with his band member Don Lee from 3rd Degree in Toronto to come to audition for JYPE.
– He was a member of the original formation of Day6 known as 5LIVE.
– Hobbies: basketball, watching webtoons, going to restaurants, movies, traveling alone
– He appeared in Dream High 1 & 2 as a backup dancer.
– Wants to be called YoungK but everyone calls him Brian.
– Their group won 1st place in a Math Dance Competition (which was held in Canada, and their group consists of his friends in Canada).
– He’s really a good dancer.
– Dowoon having vocal lessons makes him happy.
– He spent Christmas 2016 alone, drinking grape juice while watching cartoons.
– He studied business management.
– Has contributed a lot in writing their songs.
– Is a living dictionary when it comes to the Korean Language.
– He almost debuted in a dance group along with Wonpil.
– Young K and Stray Kids’ Bang Chan were roommates as trainees. (SBS Power FM Radio 180629)
– MBTI type: ENTP
– Update: In the new dorm, all the members have their own room.
– Young K’s ideal type: he doesn’t mind; When he had to choose between a few options, he said he prefers long hair, someone sexy and tall. (Ariran Radio interview)
Show more Young K fun facts… 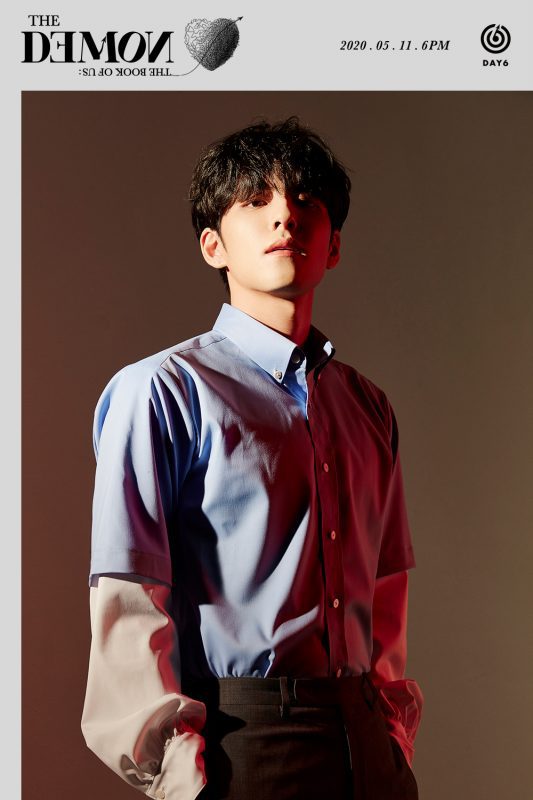 Wonpil Facts:
– He was born in Incheon, South Korea.
– He has an older sister.
– He was one of the founding members of 5LIVE, the original name of Day6.
– Hobby: collecting action figures.
– Both he and Young K are secondary vocalists for Day6.
– 4D among the group.
– Has lots of aegyo.
– Is naturally clingy.
– He gets sad when Sungjin doesn’t answer his questions (he asks things like: “are you a bear?”, so Sungjin doesn’t know how to answer)
– Good friends with Jinyoung of Got7.
– Wonpil’s nickname was “Pencil” back in middle school.
– Wonpil has a tattoo on his ring finger (on his left hand).
– Really likes to cling with Dowoon because he wants a younger brother.
– Has contributed a lot in writing their songs.
– Gets sad seeing YoungK going o school regularly while doing the responsibilities of being an idol.
– He almost debuted in a dance group along with YoungK.
– Wonpil is now a keyboardist as well as on the synthesizer (since Junhyeok left).
– MBTI type: INFP
– Update: In the new dorm, all the members have their own room.
– Wonpil’s ideal type: girls who know what they want and go for it; When he had to choose between a few options, he couldn’t choose between someone cute and sexy, but he said he prefers tall girls. (Ariran Radio interview)
Show more Wonpil fun facts… 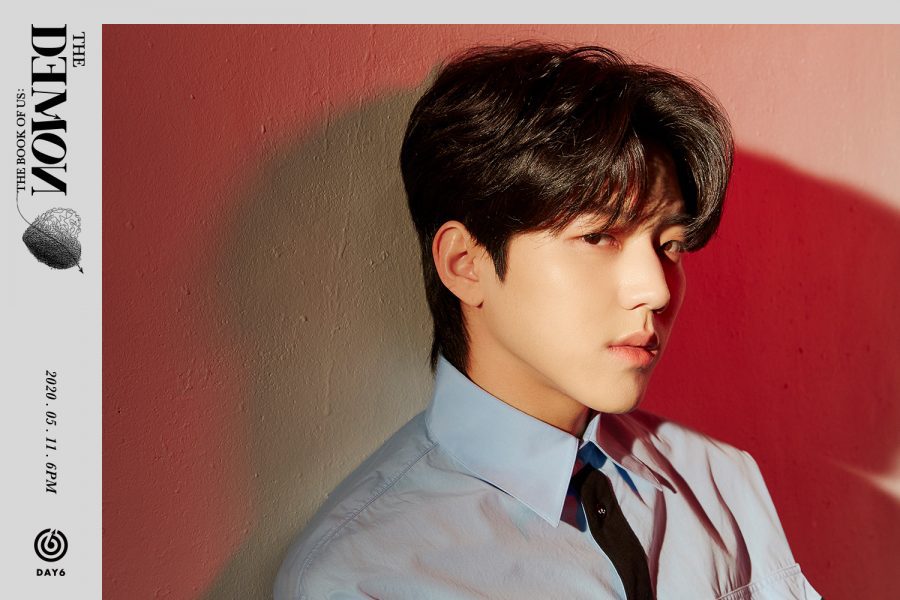 Dowoon Facts:
– He was born in Busan, South Korea.
– He has an older sister.
– He studied at Busan Arts College.
– Day6 was originally known as 5LIVE, however, their name had changed by the time Dowoon joined in 2015.
– He’d been playing the drums since he was sixteen.
– Is currently having vocal lessons.
– His ears get red when he’s shy.
– Most of the members find him the cutest among the group.
– Gets mad at Wonpil for wanting to share the same bed.
– He is Jae’s A++ student in English.
– MBTI type: ISFP
– Update: In the new dorm, all the members have their own room.
– Dowoon’s ideal type: girls with pretty smiles. When he had to choose between a few options, he said he prefers long hair, someone sexy and tall. (Ariran Radio interview)
Show more Dowoon fun facts… 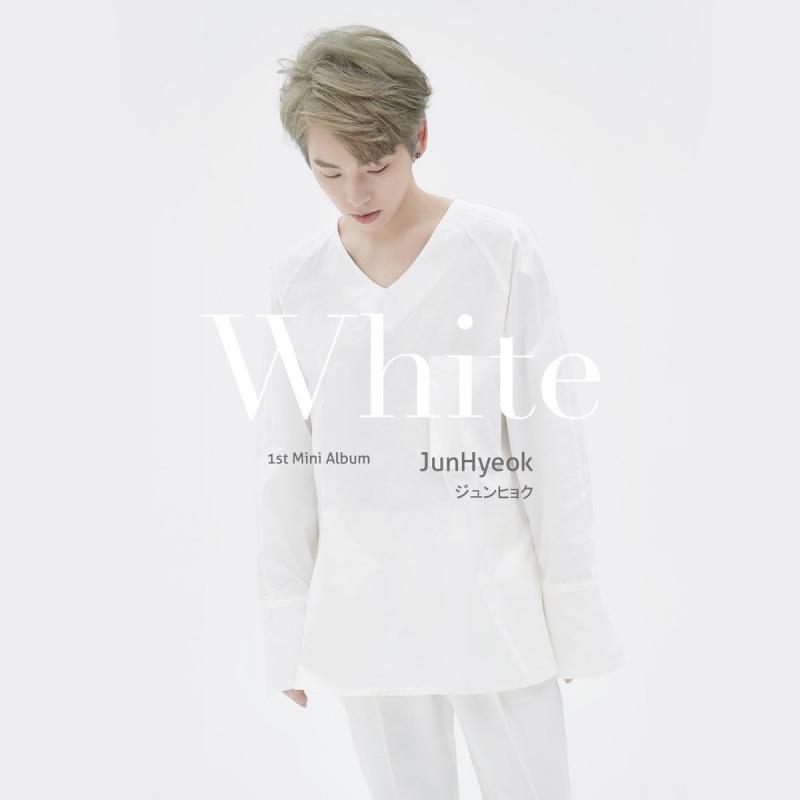 Junhyuk Facts:
– He was born in Bucheon, South Korea
– He has 2 older sisters, (Stated in KKBOX interview on Nov. 2 2015,)
– Hobbies: GUNPLA (Gundam models), Shopping, Soccer, Exercising
– He can cover songs into his own style.
– He composes and produces songs.
– He likes to write lyrics.
– He can also play guitar.
– How he got into JYP: his older sisters sent clips of Junhyeok singing to JYP (Stated in KKBOX interview on Nov. 2 2015,)
– On February 27, 2016, it was announced that Junhyeok left the company due to personal reasons. There were rumors that JYP actually terminated Junhyeok’s contract because he was dating despite the dating ban.
– He appeared on “The Unit” as a contestant. (He ended on rank 32)
– He stated on “The Unit” during his audition, that he left DAY6 because he thought he was doing harm to his group due to the controversy in the past.
– Junhyeok was part of a 4-member band called Be Blossom under V Entertainment for a certain amount of time, after he left DAY6.
– Junhyeok made his solo debut with an album with 2 songs: “Stay” and “Sorry”, released on Feb. 22, 2018.
– He was featured in The Uni+’s “THE UNI+ B STEP 1” Album in track 04. “My Story”.
– He is currently a solo singer: Junhyeok
– He enlisted on January 22, 2020 for his mandatory Military Service.

Who is your Day6 bias? Do you know more facts about them? Feel free to comment below. It can help new fans find more info about them. 🙂 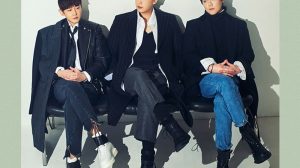 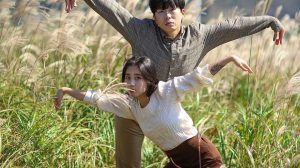 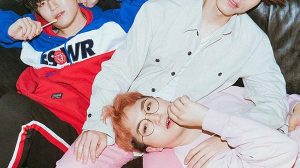 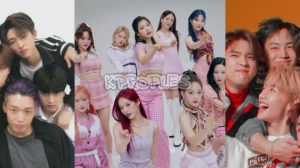 Quiz: Do you know the debut year? (Special Event) 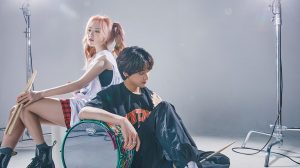 Poll: Who is the best vocalist/rapper/dancer in (G)I-DLE?

Poll: Which is your favorite song in Pentagon’s WE:TH album?