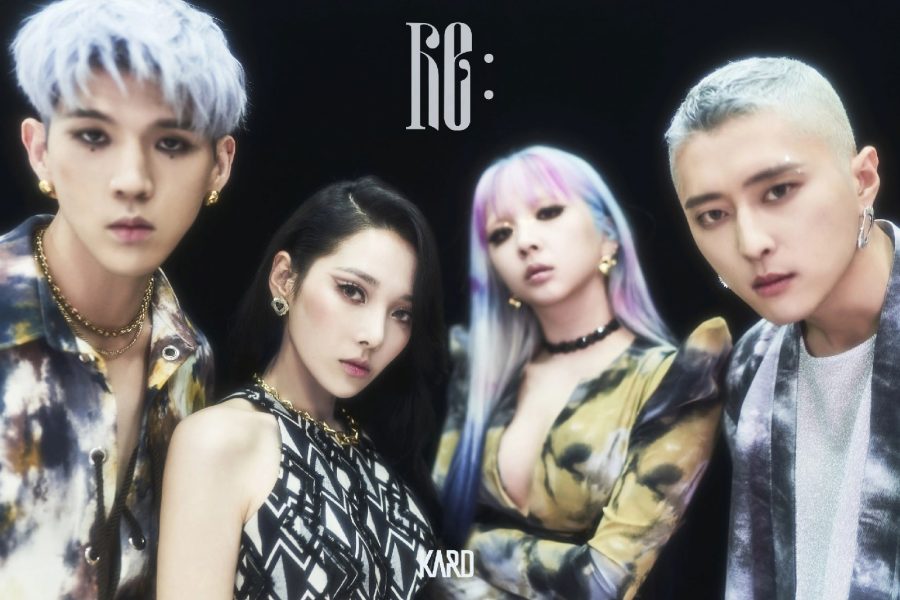 K.A.R.D (카드) (also stylized as KARD) is a South Korean co-ed group under DSP Media.
The group consists of 4 members: J.Seph, BM, Somin and Jiwoo.
Before their official debut they released three project singles: “Oh NaNa”, “Don’t Recall” and “Rumor”.
They officially debuted on July 19, 2017 with the EP “Hola Hola”. 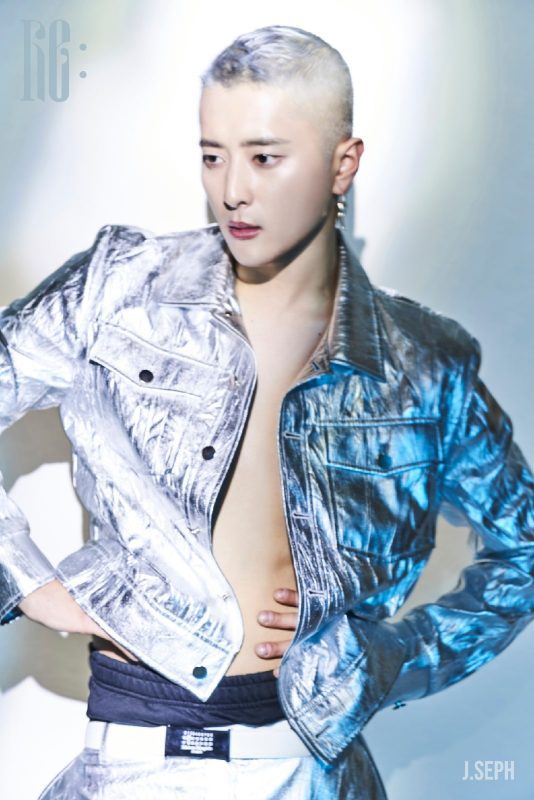 J.Seph Facts:
– Speaks some English.
– Has an older sister.
– J.Seph the Ace card explained: “The Ace can either be the lowest card that supports the team, or the highest card that is sharp” (stated during their debut party).
– He is very sentimental.
– Everyone in the group says that he is the funniest member.
– Somin and Jiwoo picked him as the member who eats the most and jokes the most.
– He wants to go into acting (KBS’s A Song For You).
– His role model was Cristiano Ronaldo.
– He was a DSP Media trainee for 5 years.
– He helped BM a lot during his first days in South Korea.
– Originally BM and J.Seph were planned to debut as a hip-hop duo, but plans were changed.
– He appeared in Rainbow‘s ‘Tell Me Tell Me‘ MV.
– He & BM appeared in Rainbow‘s ‘Sunshine‘ MV.
– He enlisted into mandatory military service in October 5, 2020. He was discharged on April 4, 2022.
– J.Seph’s Ideal Type: Someone like Park Si Yeon or Cha Ye Ryun.
Show more J.Seph fun facts… 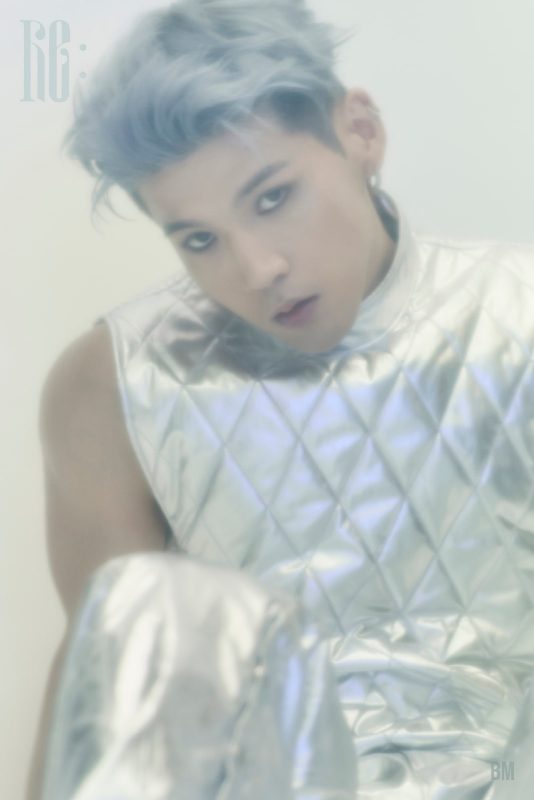 BM Facts:
– He is from Los Angeles, California, United States.
– Has two younger brothers.
– His father stayed in Brazil since he was a kid until college period (K.A.R.D Interview in Brazil).
– BM the King card explained: “The King is the most dependable and strong card, so he is a solid foundation of the team” (stated during their debut party).
– BM stands for Big Matthew.
– BM has 3 known tattoos: LA 92 (Los Angeles, his hometown, and his birth year), the other tattoo says “For without struggle, there’s no progress”(quote by Frederick Douglas) and one in his back which resembles a pair of wings.
– He’s fluent in English, also he knows Spanish and Brazilian Portuguese.
– Studied psychology (Meet & Greet 171214).
– He said in his Instagram that french fries are his favorite food of all times.
– He likes to listen to Monsta X.
– He went to South Korea in 2011.
– Was a trainee for 4 years and a half.
– Participated in Kpop Star.
– He featured in Goo Hara‘s song ‘La La La‘.
– He appeared in Goo Hara‘s “Choco Chip Cookies” MV and was her dance partner during live performances.
– He & J.Seph were in Rainbow‘s “Sunshine” MV.
– BM has podcast series with Ashley (Ladies’ Code) and Peniel (BTOB) called “Get Real“.
– He debuted as a soloist on June 9, 2021 with the single ‘Broke Me‘.
– BM’s ideal type: He used to be particular with who his ideal type will look like and be, however, nowadays he wants someone with a healthy mind and soul. A girl who matches well with him.
Show more BM fun facts… 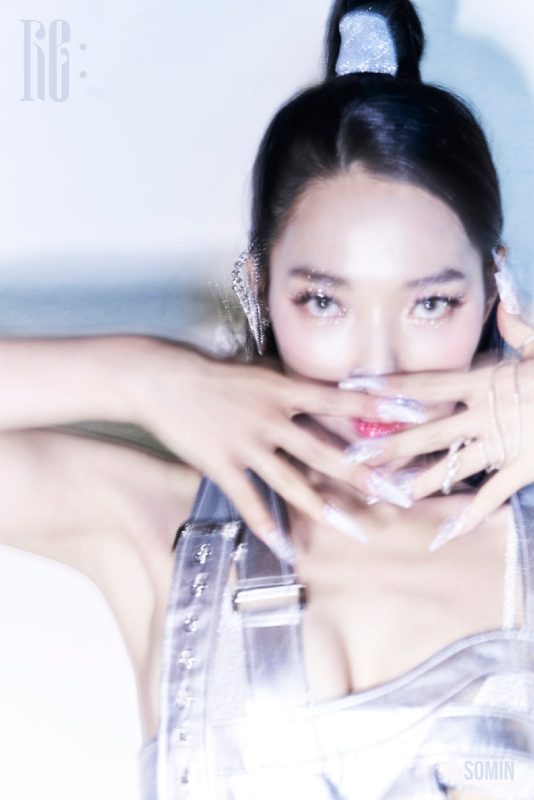 Somin Facts:
– Somin has two older sisters.
– She revealed that she is distant relative of Twice‘s Jeongyeon.
– Somin the Black Joker card explained: “Depending on the situation, the black joker can be the best card, so I will show the various appeals that I have” (stated during their debut party).
– Can play piano, violin and ocarina.
– She has been doing videos for Style-Ade about beauty, mainly makeup.
– She learned ballet in elementary school (Meet & Greet 171214).
– She was a member of DSP Media’s girl group PURETTY, which disbanded in 2014.
– She was a Baby KARA contestant, where she finished on 2nd place.
– On August 2015 Somin debuted as the leader of DSP Media’s girl group APRIL. But she decided to leave the band in Nov. of same year, because she wanted to try out new music.
– She appeared in Epik High’s ‘Born Hater‘ MV.
– She and Jiwoo featured in Super Junior‘s ‘Lo Siento’ Korean version.
– Somin featured in PENTAGON’s Hui song ‘Swim Good‘ on Mnet’s Breakers music show.
– Somin’s Ideal Type: A kind hearted man with a good personality.
Show more Somin fun facts… 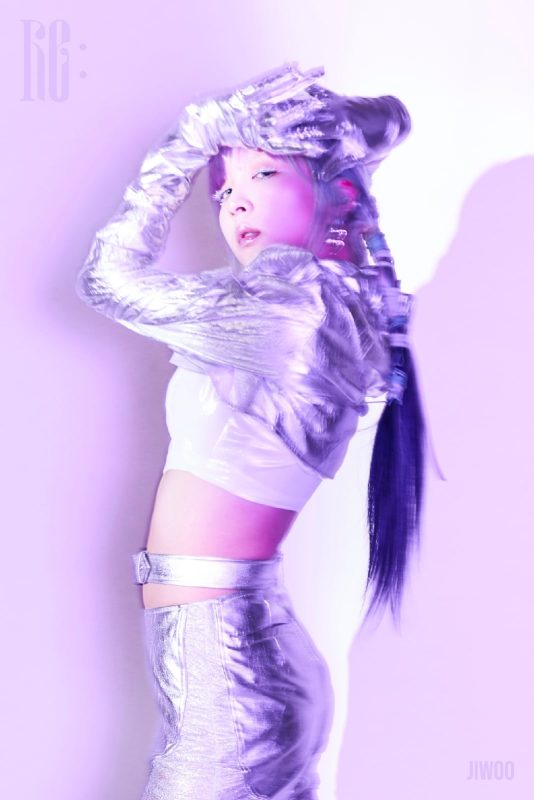 Jiwoo Facts:
– She has a brother, but they aren’t very close.
– Jiwoo the Color Joker card explained: “I’m in charge of making our group’s singing, rapping, dancing and music colorful” (stated during their debut party).
– She can withstand pain because she did 8 piercings in one day in both ears.
– Can do a Doraemon impression.
– She is the most flexible in the group (After School Club 180731).
– Has a dog named Tani.
– Majored in clarinet for 6 years.
– She graduated from Chungdam High School (NCT Night Night 180726).
– She is a former FNC Entertainment trainee, she trained there for 5 years.
– Then she became a DSP Media trainee, where she only trained for 2 months before debuting.
– She and Somin featured in Super Junior‘s ‘Lo Siento‘ Korean version.
– Jiwoo’s Ideal Type: Someone manly and kind.
Show more Jiwoo fun facts…

NOTE: Please don’t copy-paste the content of this page to other sites/places on the web. If you use info from our profile, kindly put a link to this post. Thanks! – Kprofiles.com

Also Check Out:
Quiz: How well do you know K.A.R.D?
Poll: Which is your favorite KARD Ship?
K.A.R.D Discography
Poll: Who own each era? (K.A.R.D ver)

Who is your K.A.R.D bias? Do you know more facts about them? Feel free to comment below. 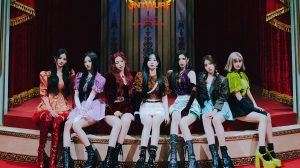 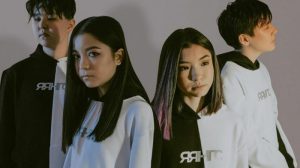 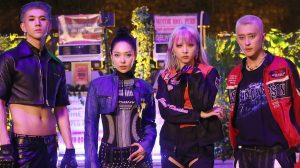