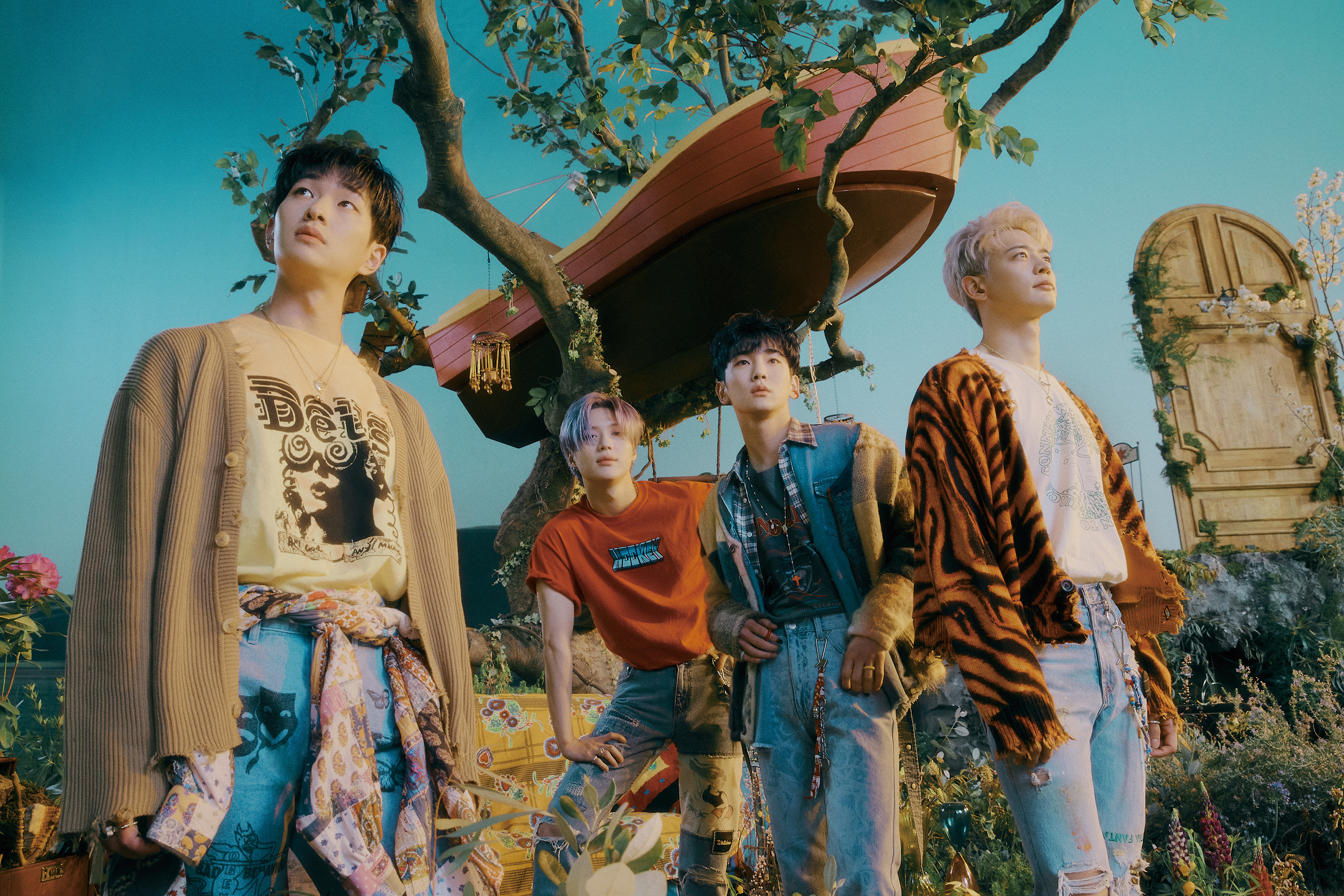 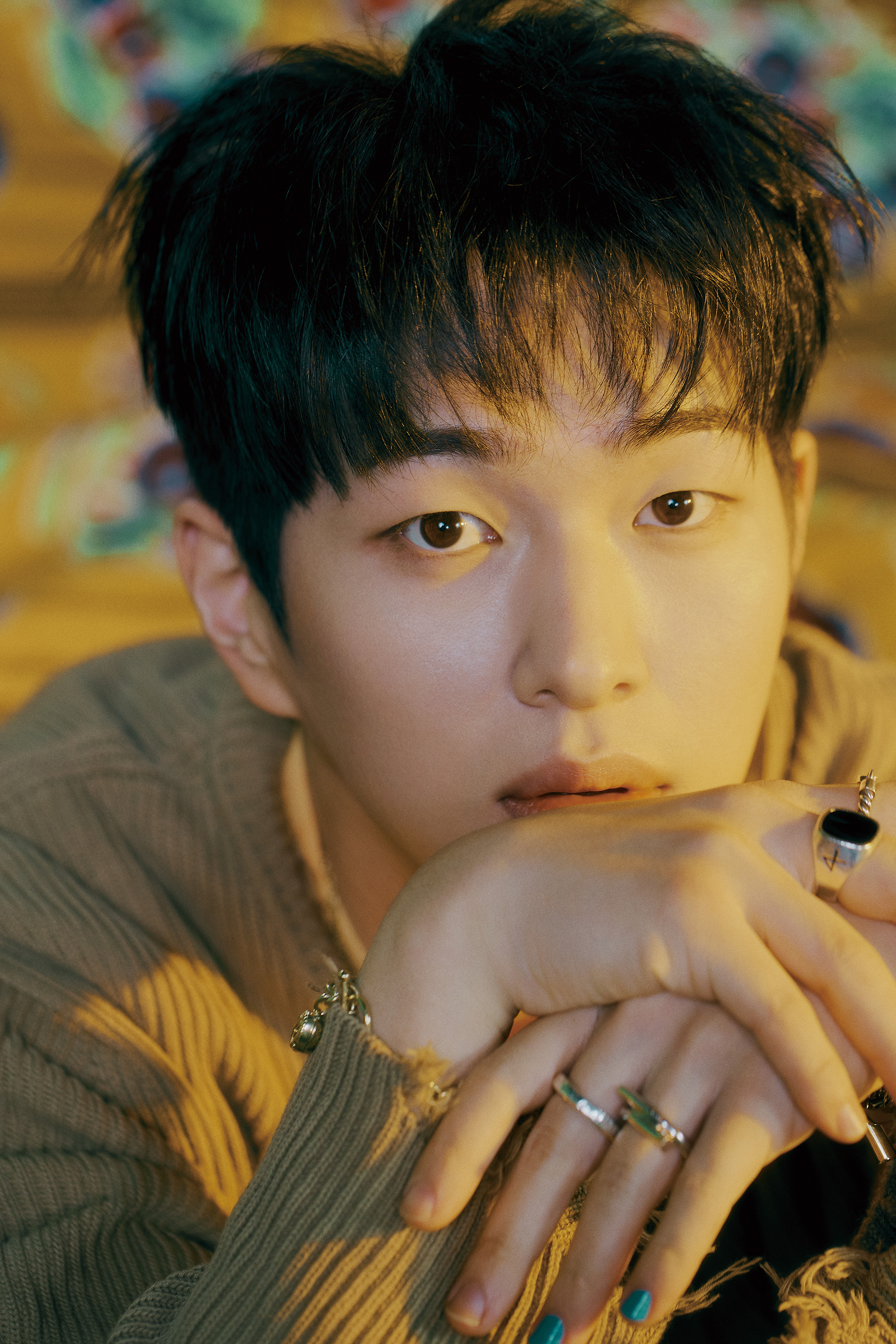 Onew Facts:
– He was born in Gwangmyeong, Gyeonggi-do, South Korea.
– He doesn’t have any siblings.
– Education: Chungwoon University, Major in Music Broadcasting.
– He trained since 2006 S.M. Academy Casting.
– His nicknames are Leader Onew, Dubu, Ontokki, Onewhan, Tofu.
– He admits he has a weak stamina.
– He is the member who commits the most mistakes during practices.
– He can play the piano.
– Feels shy about presenting himself to people, and because of it, he did not dare to participate in auditions.
– His favorite number is 2.
– He had small roles in different dramas like: “Dr. Champ” (2010), “Pure Love” (2013 -cameo), “Royal Villa” (2013), “Descendants of the Sun” (2016).
– His hobbies are listening to music, playing the piano and eating chicken.
– Onew won the ‘Rookie award’ at the “2016 Scene Stealer Festival” for his role in “Descendents of the Sun”.
– Onew had a vocal polyps which was surgically removed mid 2015 which caused him to lose his voice for a while. He had to retrain his singing skills due to the surgery.
– Whenever Onew would do something weird and funny (voice cracks, falling over) they would say “Onew condition”.
– Onew’s official color is green and his fans are called “MVPs” because of his line in the lyrics of the song “Replay”: “Noona you’re my MVP”.
– In August 2017, he was involved in a sexual harassment incident. SM Ent. stated the charges have been dropped as the situation was caused by a misunderstanding. Onew is said to have been drunk when he unintentionally grabbed a woman’s leg while he was with his friends at a night club in Gangnam.
– Onew made his solo debut on 5th Dec 2018 with his 1st mini album “VOICE”.
– Onew enlisted on December 10, 2018 and was discharged on July 20, 2020.
– Onew’s ideal type is a girl with a cute aura. As for hairstyle he prefers short hair.
Show more Onew fun facts… 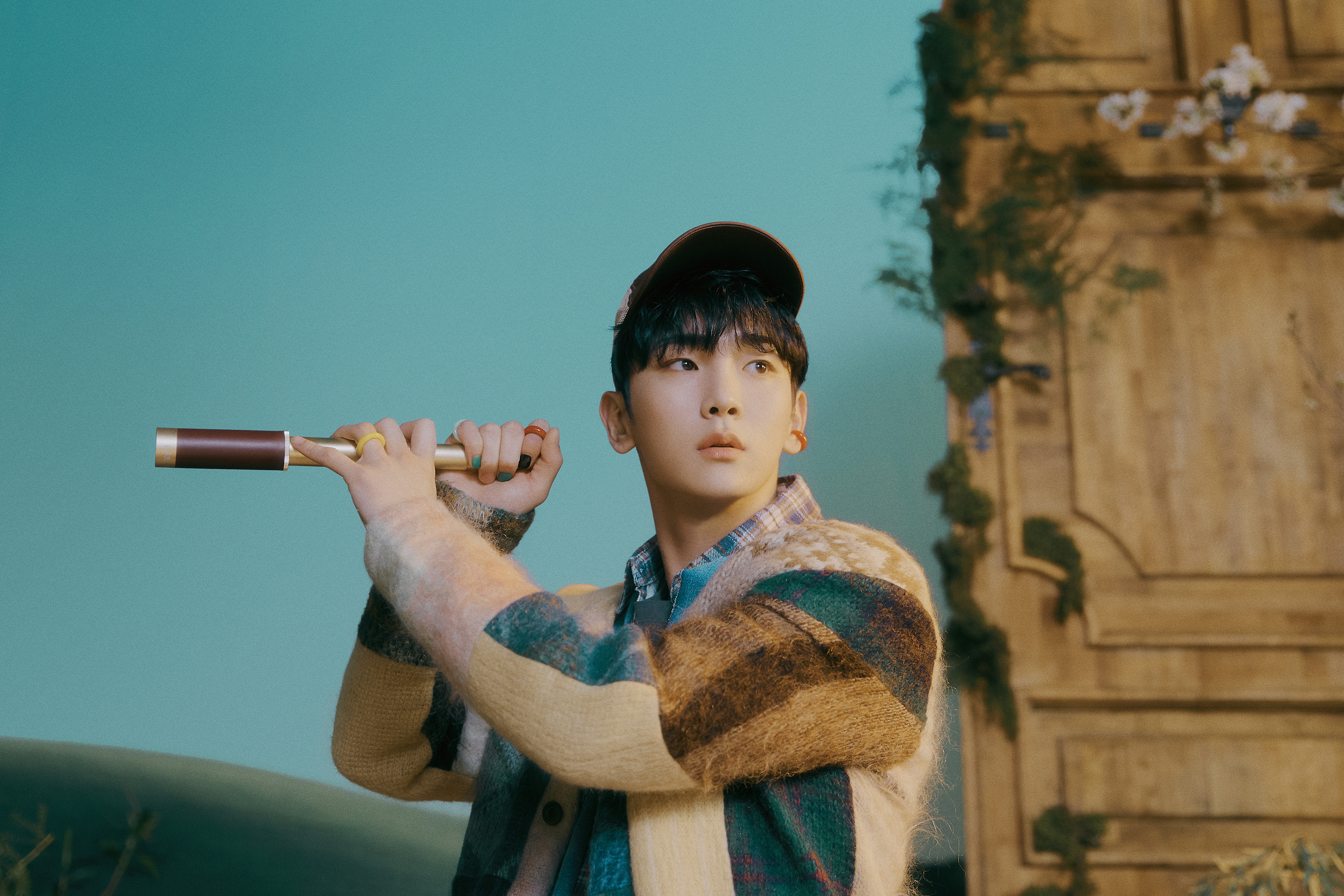 Key Facts:
– He was born in Daegu, South Korea.
– He doesn’t have siblings.
– He was raised since birth by his grandmother. (His mother was in poor health right after he was born and his father was busy with work, so his grandmother was the one who raised him.)
– Education: Dae Gu Yeong Shin Middle School
– He trained since 2005 S.M. National Tour Audition Casting.
– His nicknames are The Almighty Key, KimKey, Key Umma.
– He speaks English and Japanese.
– The group’s No.1 in fashion.
– Has phobia of heights.
– Since kindergarten his dream was to become a singer.
– Is confident that he can be a gourmet chef.
– His hobbies are rapping, dancing, water skiing.
– Key donates to charities often, and tries to do volunteer work too.
– In SHINee he’s the 2nd in terms of how easy he cries.
– Key is in a duo band with Woohyun from Infinite, called Toheart.
– He acted in the drama “Drinking Solo” (2016) and “Lookout” (2017).
– Key helped design many of the costumes that SHINee members wore at concerts.
– Key has 2 dogs. They are called Commes Des and Garçon.
– Key was in the global edition of “We Got Married” where he was paired with Ari Chan.
– Key’s official color is pink and his fans are called “lockets”.
– Key and Minho wrote all the rap parts for their upcoming album, “Story of Light”.
– Key made his solo debut on November 6, 2018 with the pre-release single “Forever Yours”.
– Key enlisted on March 4, 2019 and was discharged on October 7, 2020.
– Key’s ideal type: “It changes often, but lately the type I like is a mysterious woman who, after getting to know her better, is actually well-read and knowledgeable.”
Show more Key fun facts… 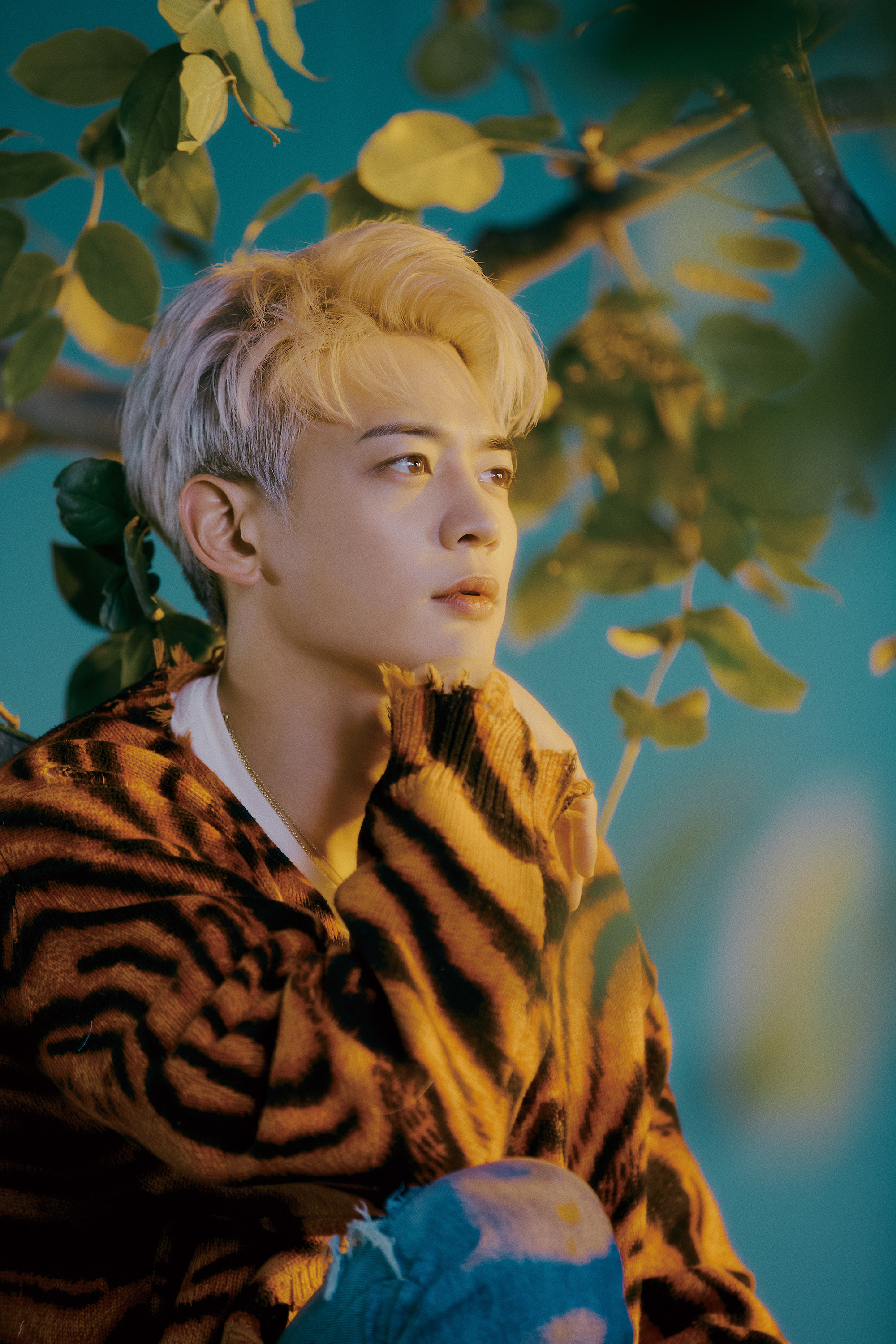 Minho Facts:
– He was born in Incheon, South Korea.
– He has an older brother.
– Education: Konkuk University
– Minho’s dad is a soccer coach so that’s where his love of soccer comes from.
– He trained since 2006 S.M. Casting System
– His nicknames are Flaming Charisma Minho, Frog Prince Minho.
– When he was a child he dreamed of becoming a soccer player.
– His hobbies are soccer and basketball.
– Minho is the SHINee member who eats the most.
– He acted in Girls’ Generation’s “Gee” MV.
– He acted in the movies: “Canola” (2016), “Marital Harmony” (2016), “Derailed” (Two Men) (2016), “In Rang” (2018).
– He acted in several dramas such as “Salamander Guru and The Shadow Operation Team” (2012), “To The Beautiful You” (2012), “Medical Top Team” (2013), “Because It’s The First Time” (2015), “Drinking Solo” (2016 – cameo), “Hwarang” (2016-2017), “Somehow 18” (2017), “The Most Beautiful Goodbye” (2017).
– Minho won the New Star Award for his role in the drama “To The Beautiful You” during 2012 SBS Drama Awards.
– MinHo’s abs were featured on a Cosmopolitan listing of “Ab-Tastic moments in 2015”
– MinHo and f(x) member Amber have a very cute song together called “The Llama Song”.
– Minho’s official color is orange and his fans are called “flames” which comes from his title “Flaming charisma Minho”.
– Minho attended the ‘Girls Play 2’ campaign at the US Embassy in Korea. He met Melania Trump (US’s first lady).
– In September 2017 Minho received a Special Award at the Indonesian Television Awards 2017 for his acting career.
– In 2017 he was voted as among one of the ‘Sexiest Man Alive’ by Vogue fashion magazine.
– Minho and Key wrote all the rap parts for their album, “Story of Light”.
– On April 15, 2019 he enlisted at the Marine Corps training center and was discharged on November 15, 2020.
– Minho’s ideal type: “I like it when a girl pushes her hair our of her face by tucking her hair over her ear while she is working hard on something. It’s the little things like this that I like.”
Show more Minho fun facts… 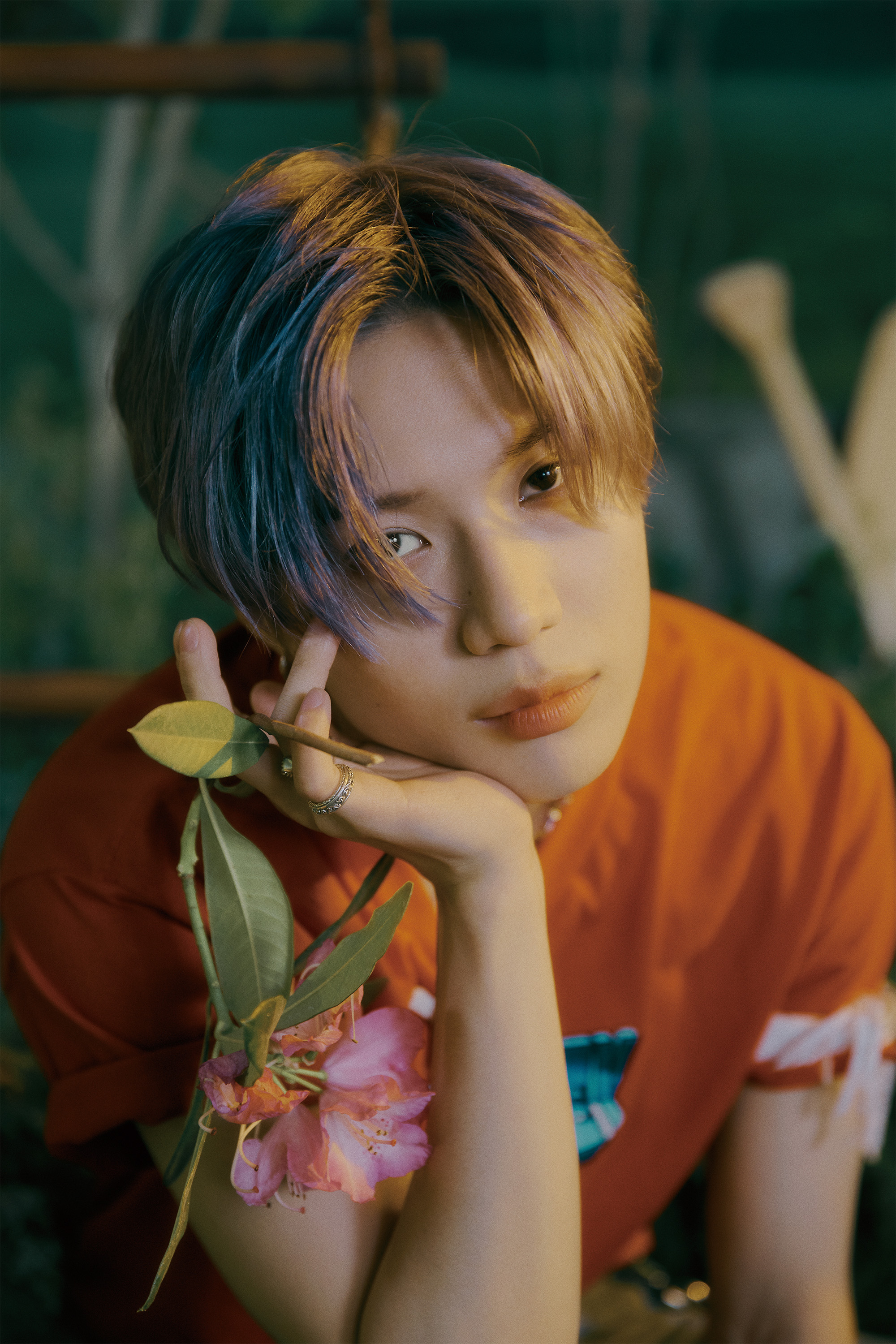 Taemin Facts:
– He was born in Seoul, South Korea.
– He has an older brother.
– Education: Hanlim Multi Art School (he transferred from Chungdam High School); Myongji University (Musical and Film major)
– He trained since 2005 S.M. Open Weekend Audition Casting
– His nicknames are Handy Boy Taemin, Maknae Taemin, Tae, Taememe, Dancing Machine, Taeminnie, Taem.
– He’s considered the best dancer out of the group.
– He can speak Japanese.
– He is Catholic.
– Taemin said he would want to have a collaboration with Kai (EXO) and Jimin (BTS) on his solo album (Singles Sep 2017 Taemin Interview).
– Taemin is close friends with Kai (EXO), Ravi (VIXX), Jimin (BTS), Timoteo (HOTSHOT) and Sungwoon (Wanna One).
– Taemin cried when Rain asked him to say something to Timoteo (HOTSHOT) after his performance on The Unit, and after that, Taemin said that he hadn’t cried like that before.
– His hobbies are listening to music, dancing and playing the piano.
– He is afraid of bugs.
– Taemin is known as “magic hand Taemin” because whatever he touches he either loses or breaks.
– Taemin was in “We Got Married” where he was paired with APink’s Naeun.
– Taemin was the first member in group to release a solo album, named “ACE” with title song Danger (on August 18, 2014).
– Taemin’s albums: “ACE” (2014), “Press It” (2016), “Sayonara Hitori” (2016), “Flame of Love” (2017), “Move” (2017).
– Taemin also has a tendency to loose things, which was the butt of many of SHINee’s jokes.
– Taemin’s official color is yellow and his fans are called “taemints” (because he would hand out candies to noonas).
– Taemin was a mentor on “The Unit“.
– Taemin’s on the show “Why Not The Dancer?“, where his nickname is Taem.
– He’s also a member of Super M
– He enlisted in the military on May 31, 2021.
– Taemin’s ideal type: “I like someone that is consistent and true. I don’t like it when they hide their true selves and later reveal the true them.”
Show more Taemin’s fun facts… 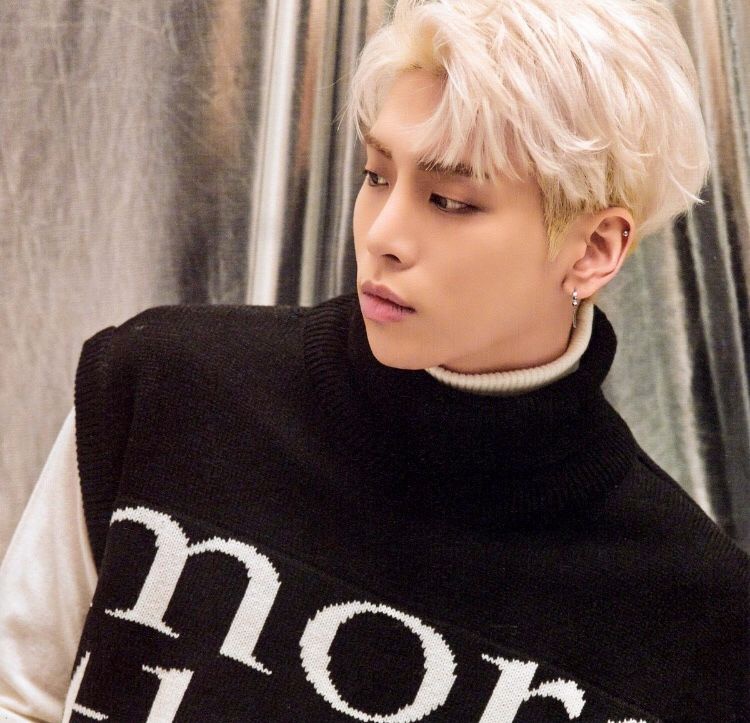 Jonghyun Facts:
– He was born in Seoul, South Korea.
– He has an older sister.
– Education: Seoul Music Institute, Chungwoon University, Myonggi University
– He trained since 2005 S.M. Casting System<
– His nicknames are Bling Bling Jonghyun, Dino.
– During middle school he was part of a band and performed in many events.
– Is plays well the guitar, bass and piano.
– He is the one that wakes up the earliest in the dorm.
– Shortest in the whole group.
– Is not scared of the camera at all.
– Will tend to talk at a really fast speed when he gets nervous, but because he talks a lot usually, nobody ever notices that habit of his.
– His hobbies are watching movies, dancing, writing lyrics and playing the piano.
– Jonghyun wrote Juliette (which brought SHINee trophies on music shows).
– On January 12, 2015, he had his solo debut with his first mini album, Base.
– In August 2015, Jonghyun held his first solo concert “The Story by Jonghyun”.
– He release first solo album BASE with title song Crazy, followed by Story OP.1, She Is and Story OP.2, had held first solo concert The Agit and soon with The Letter.
– Jonghyun is the most sensitive among them. He cries easily.
– Key started calling Jonghyun “Jjong” a long time ago, and now a lot of fans call him that too.
– Jonghyun was in a SM unit called “The Ballad” with other SM singers like ChangMin (TVXQ), YeSung (Super Junior), Zhang LiYin (Solo singer), TaeYeon (SNSD), Zhou Mi (Super Junior), Krystal (f(x)), Chen (EXO).
– Jonghyun was close friends with Taeyeon (SNSD), Amber f(x) and Yeri (Red Velvet).
– He is one of the Kpop idols with the most songs copyrighted under his name.
– He has written many songs, but outside of SM he has written: “Gloomy Clock” by IU; “Red Candle” by Son Dambi; “No More” by Lim Kim; “Breathe” by Lee Hi;
– Jonghyun was also the host of a popular radio show called “JongHyun’s Blue Night” He left the show March 9 2017 due to his commitment as a SHINee member and singer/producer.
– Jonghyun wrote a book titled Diphylleia grayi.
– Jonghyun was ranked 27 for The Most Handsome Faces of 2017.
– There is a game named after him, called “Jonghyun’s Game” (it’s famous on the variety show “Ask Us Anything”).
– His official color is blue and his fans are called “blingers” because of his title “Bling Bling Jonghyun”.
– Jonghyun dated actress Shin Se-kyung (2010-2011).
– Jonghyun passed away on December 18, 2017. Jonghyun died from carbon monoxide poisoining and the police concluded that it was suicide.
– Jonghyun’ s ideal type: “I like a cute girl with lots of charm. I like girls that show their cute side and flirt a lot.”
Show more Jonghyun fun facts…

Special: In memoriam – Jonghyun – Quiz: Can you guess the SHINee MV screenshot?

Note: Current listed positions are based on their official profile on Melon. We may have different opinions regarding positions but we respect the publicly announced ones.

You may also like: Poll: What is your favorite SHINee title track?
SHINee Discography
SHINee Complete Albums Info

Who is your SHINee bias? Do you know more facts about them? Feel free to comment below. It can help new fans find more info about them. 🙂