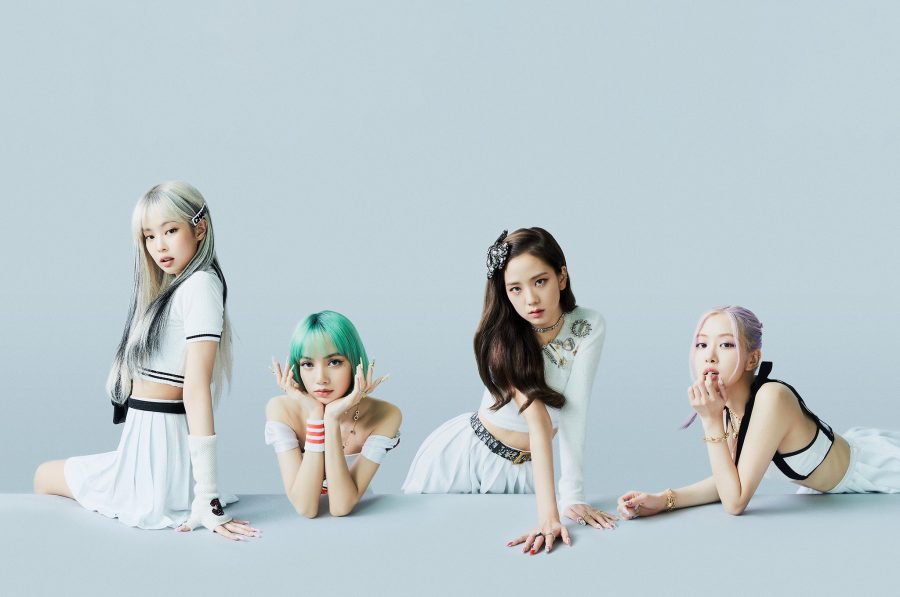 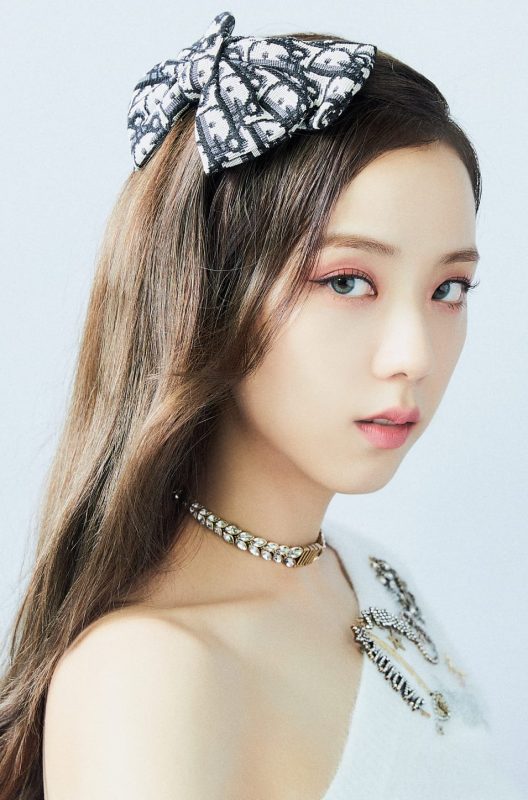 Jisoo Facts:
– She was born in Gunpo, a city in the province of Gyeonggi, South Korea.
– Jisoo has an older brother (named Kim Junghoon) and an older sister.
– She trained for 5 years (2011 July).
– Jisoo was the third member to be revealed.
– She can speak Korean, Japanese and basic Chinese.
– According to Jennie (V Live App), Jisoo doesn’t speak English (because she’s embarrassed to do it) but she can understand it very well.
– Jisoo is called “Man Heart’s Destroyer” and “Boy Crush”.
– Jisoo’s Chinese zodiac sign is Dog.
– Jisoo can play the drums and the piano.
– She has a 4D personality.
– According to Jennie, Jisoo is the mood maker of the group.
– Jisoo has a dog named Dalgom.
– Her favorite number is 4.
– Jisoo loves the color purple.
– Jisoo really likes Pikachu (she has a lot of Pikachu merchandise).
– Jisoo is a white belt in taekwondo.
– Regarding food, she can eat almost everything (except organs), but she especially likes rice.
– She is close friends with Twice’s Nayeon (since trainee days) and with Red Velvet’s Seulgi.
– Jisoo was an Inkigayo MC (starting from Feb 5 2017 to Feb 3 2018).
– She had a cameo appearance on KBS’s ‘The Producers’.
– She acted in HISUHYUN’s ‘I’m Different’ MV, EPIK HIGH – ‘스포일러(Spoiler) + 헤픈엔딩(Happen Ending)’ MV.
– She appeared in different CFs such as Samsonite Red CF with Lee Minho (2015), Nikon 1 J5 CF (2015), Smart Uniform CF with iKON (2015, 2016), Angel Stone CF (2015),  LG Stylus2 CF (2016).
– Jisoo ranked 78th on TC Candler “The 100 Most Beautiful Faces of 2019”.
– Jisoo, Rose, and Lisa all prefer cute guys over sexy ones. (Blackpink Live Radio Interview)
– Jisoo said if she was a guy, she would date Rose because she would sing her songs. (AIIYL v-live)
– Jisoo had a cameo appearance in Arthdal Chronicles.
– In August 2020, she was confirmed as a leading actress for upcoming drama Snowdrop.
– Jisoo’s ideal type: Someone who is really into her or who smiles pretty.
Show more fun facts about Jisoo… 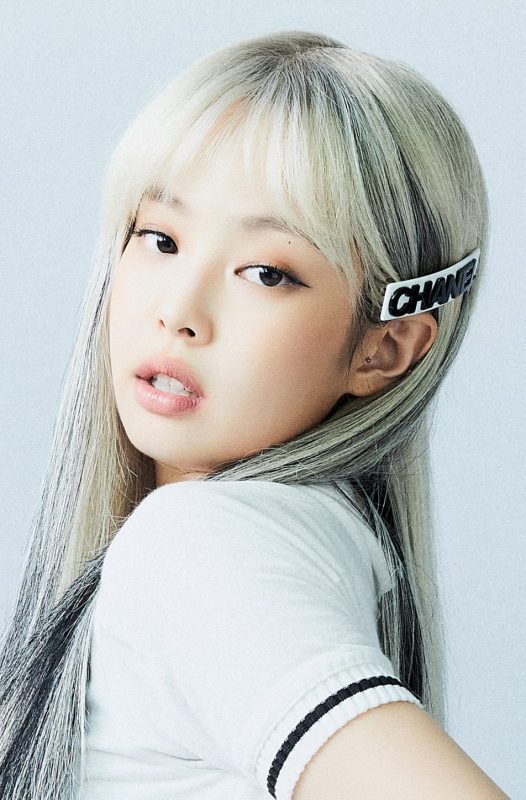 Jennie Facts:
– She was born in Cheongdam-dong (Gangnam District) Seoul, South Korea.
– Jennie lived in Auckland, New Zealand for 5 years. (“Knowing Brother”)
– She studied in New Zealand at ACG Parnell College.
– She doesn’t have any siblings.
– She trained for 5 years 11 months (2010 August).
– Jennie was the first member to be revealed (publicly).
– Jennie can play acoustic and electric guitar.
– Her nicknames are “Human Gucci” (because she wears expensive clothes), “Human Chanel” (because she is a brand ambassador), Jendeukie and NiNi.
– She has 2 puppies, Kai and Kuma.
– She is fluent in Korean, Japanese, and English.
– Jennie’s Chinese zodiac sign is Pig.
– Jennie can play the piano and the flute.
– She has her driving license.
– Her favorite foods are anything that is Korean food.
– Her favorite number is 1.
– She is close friends with Nayeon (Twice), Irene (Red Velvet), Yerin (GFriend), Chahee (Melody Day) and Lime (Hello Venus).
– She acted in G-Dragon’s ‘That XX’ MV.
– She was featured in BIG BANG G-Dragon’s ‘Black’, Lee Hi’s ‘Special’ and BIG BANG Seungri’s ‘GG Be’.
– She acted is several CFs for Sprite or CASS beer.
– She is a regular member of the show “Village Survival, the Eight”.
– Jennie prefers sexy guys over cute ones. (Blackpink Live Radio Interview)
– Jennie said if she was a guy, she would date Jisoo because she makes her laugh. (AIIYL v-live)
– On November 12. 2018, Jennie debuted as a soloist with the song “SOLO“.
– Jennie is ranked 13th on TC Candler “The 100 Most Beautiful Faces of 2018”.
– Jennie ranked 19th on TC Candler “The 100 Most Beautiful Faces of 2019”.
– On January 1, 2019 it was revealed that Jennie and EXO‘s Kai are dating.
– On January 25, 2019 SM Entertainment confirmed that Jennie and Kai broke up, in order to focus on their personal careers.
– On February 24, 2021, Dispatch revealed that G-Dragon and Jennie have been dating for around a year. YG Ent. refused to comment on the matter.
– Jennie’s ideal type: Someone who is a hard worker.
Show more fun facts about Jennie… 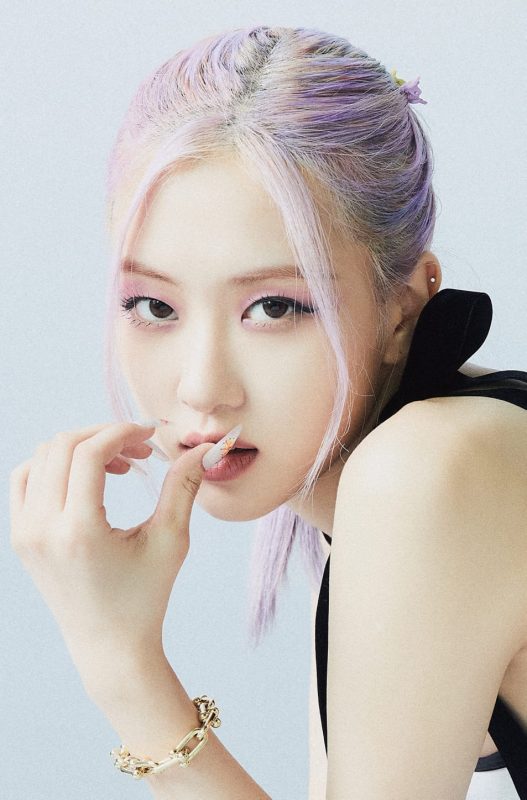 Rosé Facts:
– She is Korean, but she was born in Auckland, New Zealand and raised in Melbourne, Box Hill (Australia), where she attended Canterbury Girls Secondary College.
– She has an older sister, named Alice.
– She moved to Korea back in 2012. (according to Rose during Weekly Idol)
– Rosé has adopted a dog Hank: @hank_says_hank.
– Rosé was the last member to be revealed.
– Rosé placed first in YG auditions in Australia.
– She can speak Korean, English, Japanese.
– Her Chinese zodiac sign is Ox.
– She trained for 4 years 2 months (2012 May).
– Rosé is known as “Blackpink’s Goddess”. (Vlive Start Road from Jennie ep 2-3)
– Pre-debut, Rosé used to be a cheerleader in Australia.
– She’s known for her unique voice and slim waist (24 inches (60,96cm) wide).
– She can play the piano and the guitar.
– Rosé is left-handed (according to Jisoo during Channel+ Vapp)
– She really likes Kimchi stew.
– Rosé doesn’t like jokbal.
– Rosé’s favorite number is 5.
– Rosé loves mangoes.
– Her hobbies are playing guitar, drawing, and riding the bicycle.
– Rosé prefers to be called by her real name.
– Chaeyoung (Rosé) is close to Twice’s Chaeyoung and Tzuyu, with Red Velvet’s Joy and Yeri, and with Ladies Code‘s Ashley Choi.
– She collaborated with G-Dragon for the song ‘Without You’.
– Rosé appeared on the King Of Masked Singer. (Passed the first round)
– Rosé ranked 66th on TC Candler “The 100 Most Beautiful Faces of 2019”.
– Rosé, Jisoo, and Lisa all prefer cute guys over sexy ones. (Blackpink Live Radio Interview)
– Rosé said if she was a guy, she would date Jennie because she can cook well. (AIIYL v-live)
– Rosé doesn’t like avocados.
– Rosé debuted as a soloist on March 12, 2021, with first single album ‘-R-‘.
– Rosé’s ideal type: Someone nice and genuine, with a good/ unique voice. She said there are many sunbaenims with great voices, but among them, Big Bang stand out.
Show more fun facts about Rosé… 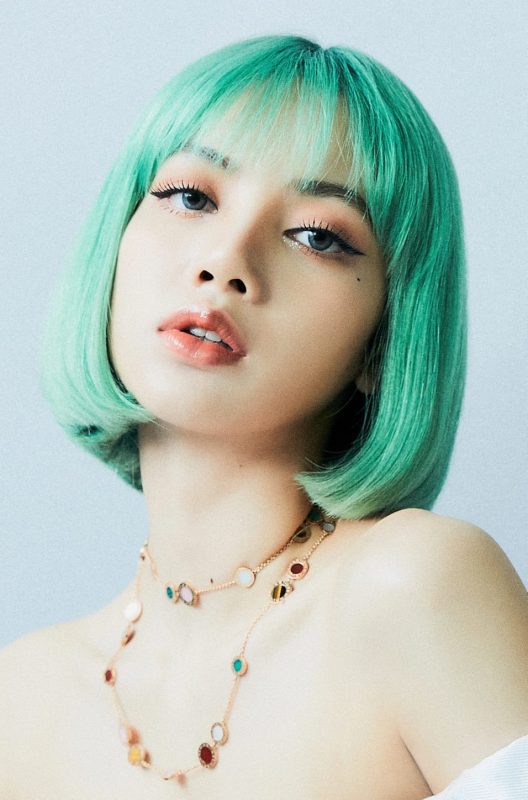 Lisa Facts:
– Lisa was born in Buriram Province, and moved in Bangkok, Thailand at age three.
– Lisa is an only child, according to SBS Cultwo Show (July 6 2017).
– Lisa can play guitar and piano.
– Lisa’s stepfather who’s a top certified Swiss chef in Thailand is Marco Brüschweiler.
– Formerly, her name was Pranpriya and her friends called her by the nickname Pockpack. It was changed to Lalisa after a fortune telling. (Lalisa means the one who is praised.)
– She was the only person accepted to YG in the YG Audition in Thailand 2010.
– She’s childhood friends with GOT7′s BamBam as they were both part of the dance crew We Zaa Cool.
– She trained for 5 years 3 months (2011 April).
– She became a trainee during middle school and lived in Korea since.
– Lisa was the second member to be revealed.
– She can speak Korean, English, Japanese, Thai and basic Chinese.
– Her Chinese zodiac sign is Ox.
– Lisa is referred to as the “Thailand Princess” in her birthplace.
– Members said she’s really playful and mischievous off stage.
– Her favorite food are French fries.
– Her favorite number is 27 because it her birthday.
– Lisa loves make-up a lot (revealed on Get It Beauty).
– Lisa plays Ukulele.
– Her Korean favorite dish is Gamjatang (spicy pork spine soup).
– Lisa’s friends with GOT7’s BamBam, CLC’s Sorn, NCT’s Ten and (G)I-DLE’s Minnie.
– She appeared in BIG BANG Taeyang’s ‘Ringa Linga’ MV.
– She acted in NONA9ON CF (2014, 2015, 2016 and 2017)
– Lisa is one of the cast members in the show “Real Men 300”.
– Lisa, Jisoo, and Rose, all prefer cute guys over sexy ones. (Blackpink Live Radio Interview)
– Lisa said if she was a guy, she would date Jennie because she’s sexy. (AIIYL v-live)
– Lisa is ranked 9th on TC Candler “The 100 Most Beautiful Faces of 2018”.
– Lisa ranked 3rd on TC Candler “The 100 Most Beautiful Faces of 2019”.
– Lisa ranked 2nd on TC Candler “The 100 Most Beautiful Faces of 2020”.
– Lisa was chosen as the dance mentor of Chinese show Youth With You 2 & 3.
– She’s debuted as a soloist on September 10, 2021 with first single album “Lalisa”.
– Lisa’s ideal type: She said she likes older guys, who can take good care of her. Also she likes kindhearted men, who can cook and who have a lifestyle that fits hers.
Show more fun facts about Lisa…

Note 2: The current listed positions are based on the official BLACKPINK’s profile in Melon, as well on the Korean show ‘Get it Beauty‘ where the member positions have been revealed. We may have a different opinion on the positions but we are respecting the publicly announced positions. When any updates regarding the positions will appear, we’ll update the profile again.
Jisoo: Link
Jennie: Link
Rosé: Link
Lisa: Link

BLACKPINK: Who is Who?

Who is your BLACKPINK bias? Do you know more facts about them? Feel free to comment below. It can help new fans find more info about them. 🙂 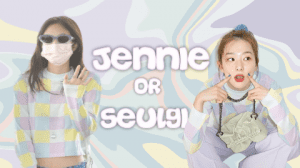 Who wore it better? Jennie (BLACKPINK) vs Seulgi (Red Velvet) 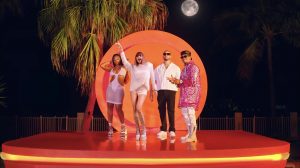 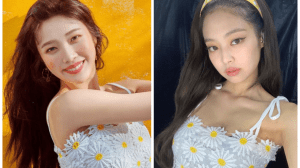 Who wore it better? Joy (Red Velvet) vs Jennie (Blackpink) 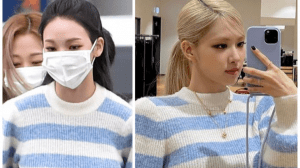 Who wore it better? Karina (AESPA) vs Rosé (BLACKPINK)