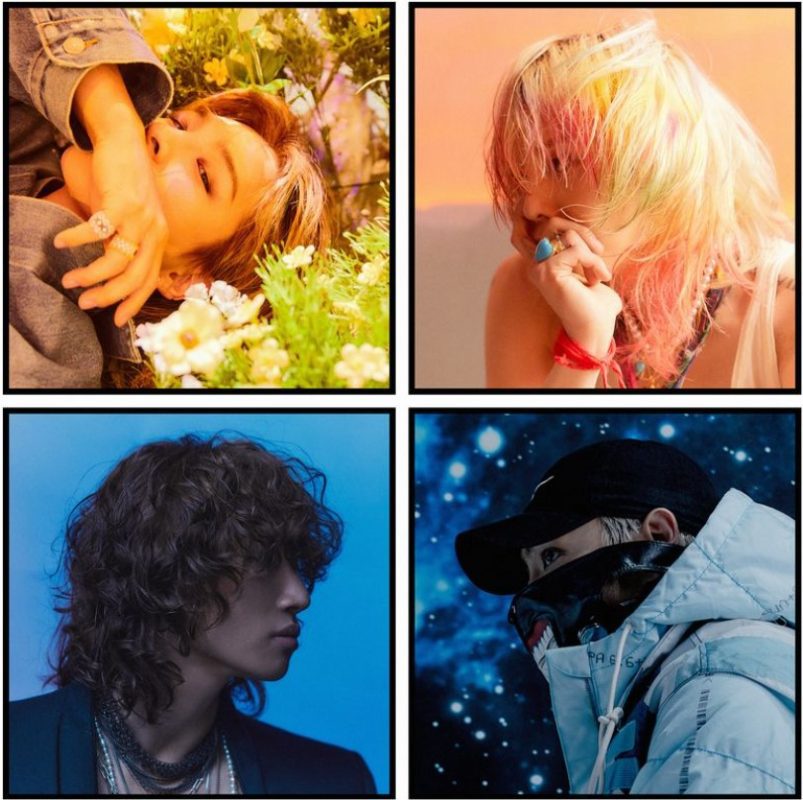 Big Bang (빅뱅) currently contains of 4 members: G-Dragon, T.O.P, Taeyang and Daesung. On March 11, 2019 Seungri announced that he left the entertainment industry. The band debuted on August 19, 2006, under YG Entertainment. 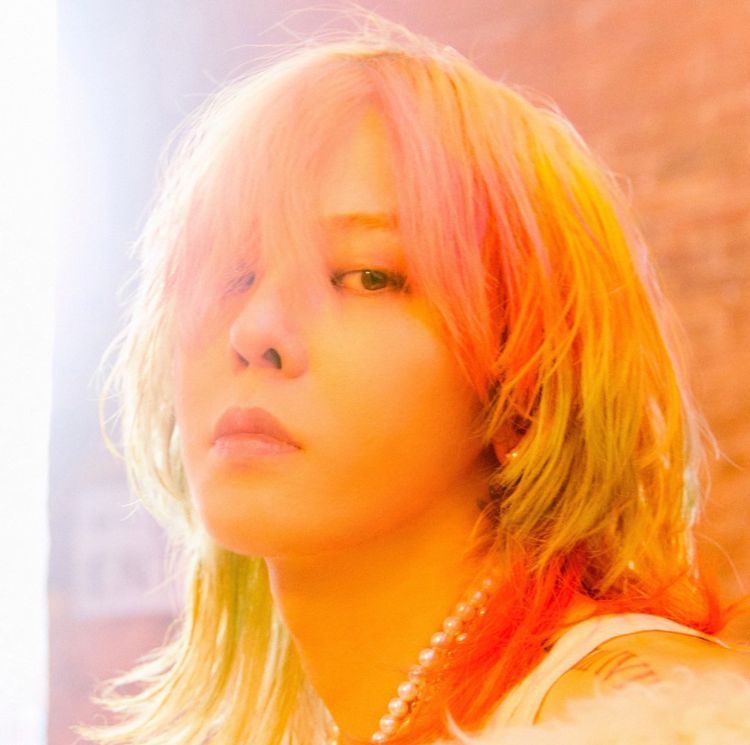 G-Dragon facts:
– He was born in Seoul, South Korea.
– He has a sister, named Kwon Dami.
– He is a childhood friend of T.O.P and Kangin from Super Junior.
– At age of 7 he became a member of “Little Roora”.
– When he was around 8 years old he became a S.M. Entertainment trainee.
– At age of 12 he became an YGE trainee.
– Since he was 12 he trained along with another BigBang member, Taeyang.
– JunK of 2PM was GD’s best friend when he was a trainee.
– Initially, Taeyang and G-DRAGON prepared six years to debut as a hip-hop duo, GDYB, but the plan changed and 3 more members have been added.
– GD is extremely shy and modest in real life.
– One of his nicknames is “Iguana Idol” because he changes his hair color several times.
– G-Dragon can speak English.
– In 2009 he released his first solo album “Heartbreaker“.
– He is the main composer and producer of the group.
– He is the Kpop idol who earns the most song royalties (for his self composed songs).
– His favorite colors are black and red. (BigBang Best MV Collection 2006-2013 – Tonight Making)
– His favorite food is Ganjang gaejang (Crab preserved in soy sauce).
– He has several tattoos.
– G-Dragon’s lucky number is 8.
– His official height is 177 cm (around 5’10”), but his rumored height is around 168-169 cm (5’6.1″).
– He is considered the King of K-Pop.
– G-Dragon enlisted into the military on February 27th, 2018.
– He got discharged from the military on October 28th, 2019.
– On February 24, 2021, Dispatch revealed that G-Dragon and Blackpink‘s Jennie have been dating for around a year. YG Ent. refused to comment on the matter.
– G-Dragon’s ideal type: “Someone that can cook well. I don’t know how to cook anything, so I want her to be able to teach me in areas I’m not familiar with.” Also, he likes girls who who run away when he tries to catch them, but approach him and throw themselves in his arms when he stops trying.
Show more G-Dragon fun facts… 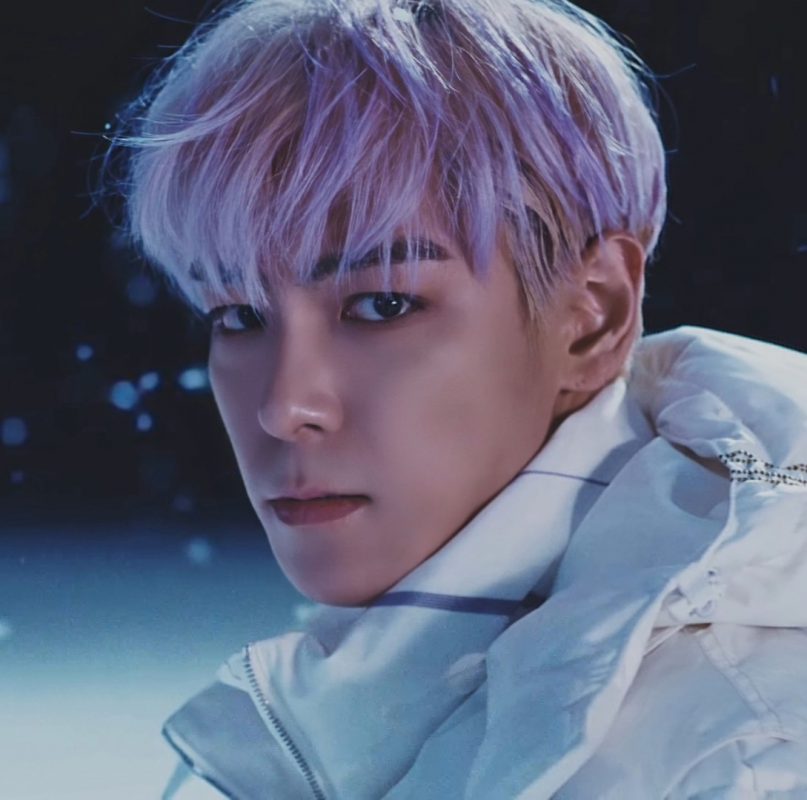 T.O.P. facts:
– He was born in Seoul, South Korea.
– He has an older sister, named Choi Hye Yoon.
– He is a childhood friend of G-Dragon.
– He was first rejected by YG because they said he was too overweight to be an idol. So he went home and lost 20 kg in 40 days.
– He acted in the movies “Commitment” (2013), “Out of Control” (2016).
– He acted in the dramas “Iris“ and “I Am Sam“.
– He, along with G–Dragon, are part of a sub unit called “GD&TOP“.
– His hobbies are: reading books, swimming, and do silly things.
– He is very stubborn.
– His favorite color is pink.
– His favorite food is sushi, especially tuna sushi.
– He is the jokester in the group.
– When he was a child, he was friends with the figure skater Kim Yuna.
– He said he would date Taeyang if he was a girl.
– T.O.P enlisted on February 9, 2017, and started his army duties, as a conscripted policeman.
– T.O.P’s discharged from military on July 6th 2019.
– T.O.P.’s ideal type: “I’d like a woman that knows how to dress herself. Not only her physical appearance, but her manner of speech as well. Someone that’s respectful to adults. Ah, I hate women that swear!”
Show more T.O.P fun facts… 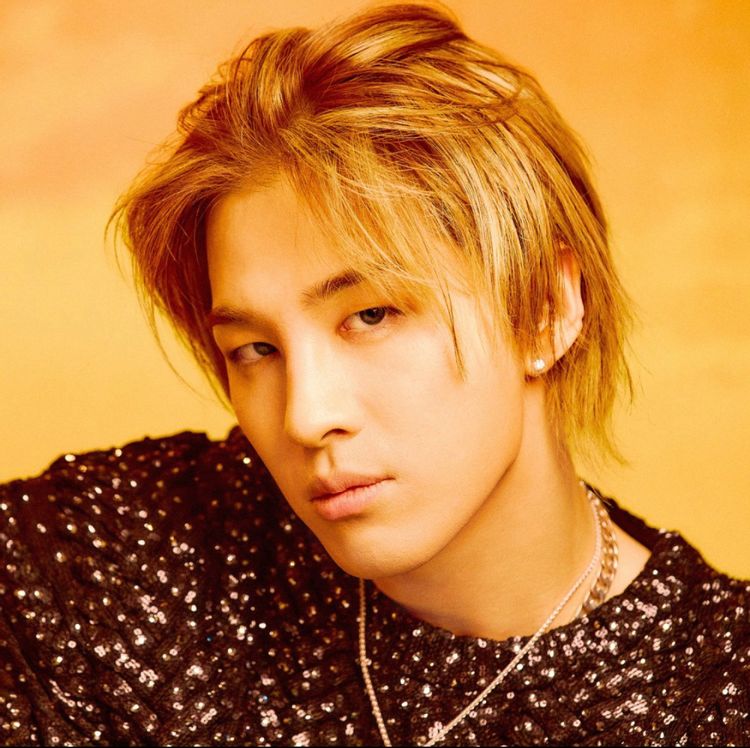 Taeyang facts:
– He was born in Ujeongbu, Gyeonggi-do, South Korea.
– He has older brother, actor Dong Hyun-bae.
– His stage name Taeyang means Sun.
– He can play the piano.
– He can speak English, Japanese, and Korean.
– He knows G-Dragon since he was 12, since they were training together.
– Initially, Taeyang and G-DRAGON prepared six years to debut as a hip-hop duo, GDYB, but the plan changed and 3 more members have been added.
– His first kiss was in the MV for his first solo single “My Girl“.
– If he was a girl, he would date Daesung.
– Once he went on a blind date with Girls’ Generation’s Yuri. They remained friends. (According to BIGBANG fan page on Facebook)
– In 2013, he began dating actress Jung Eunran, better known by her stage name Min Hyorin.
– He is known as a devout catholic, he has several tattoos that are inspired by his faith.
– His favorite food is Yakiniku (grilled meat dishes)
– TaeYang is known for his impressive vocal abilities, he was actually trained to be a rapper but debuted in BIGBANG as a singer.
– Taeyang and Min Hyorin married on February 3, 2018, before his enlistment.
– Taeyang enlisted on March 12th, 2018.
– He got discharged from the military on November 10th, 2019.
– Taeyang is ranked 41st on TC Candler “The 100 Most Handsome Faces of 2018”.
– On December 6, 2021, Taeyang and Hyorin welcomed their first child, a baby boy.
– Taeyang’s ideal type: “This question has been asked too many times…’Who is your ideal type in the entertainment business?’ I really don’t have one. That’s the truth. When reporters ask me about my ideal type, I can’t answer them accurately. Even though there have been girls that I’ve really liked, I haven’t thought about any of them being my ideal type just by judging from appearances because it’s different every time. There’s no reason to complicate things any further.”
Show more Taeyang fun facts… 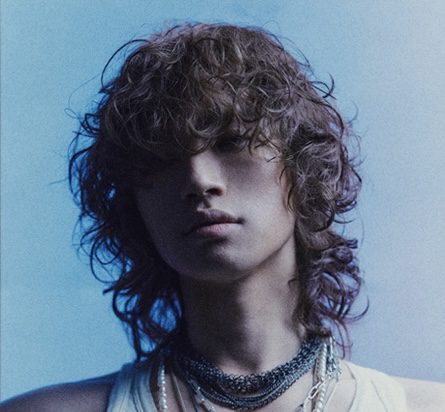 Daesung facts:
– He was born in Incheon, South Korea.
– He has an older sister, named Bora.
– One of his nicknames is “Smiling Angel”.
– Daesung was the third picked member of Big Bang.
– In 2011, while Daesung was driving to his parents house at night, he noticed a taxi car pulled over to the side. When he went to stop, he ran over a man lying in the road from a previous accident. The man died, and Daesung was struck with sadness and ended all of his Idol appearances for the rest of the year. For the rest of the year he stayed at home and/or went to church.
– He is close friends with Gummy.
– He loves “Doreamon”.
– Daesung can play the drums (Sober MV and behind the scenes)
– He doesn’t know how to swim.
– One of his favorite food is sushi.
– He picked T.O.P as the member he would date if he was a girl.
– Daesung is very popular in Japan, in Japan they consider him sexy and a bad boy (as stated in Big Bang’s appearance on Happy Together).
– He sold goods “molds” in the shape of his nose in Japan and people used his nose shape to make jelly and rice balls) (as said in BIG BANG’s appearance in “Happy Together”)
– Daesung was a main cast member in the variety show “Family Outing”.
– He was also in the variety show “Night After Night”.
– He acted in the drama “What’s Up”.
– He was in “Cats” (the musical) as The Rum Tum Tugger.
– His Japanese stage name is D-Lite.
– Daesung enlisted on March 13th, 2018.
– He got discharged from the military on November 10th, 2019.
– Daesung’s ideal type: – a woman who is a good talker, but who doesn’t wear mini-skirts since he would be worried. Also, he’d like a woman who can understand his career “I’d like to be able to lean on her for support, and whether she’s older or younger than me, I’d like for her to be able to console me and give me strength when we’re together.”
Show more Daesung fun facts… 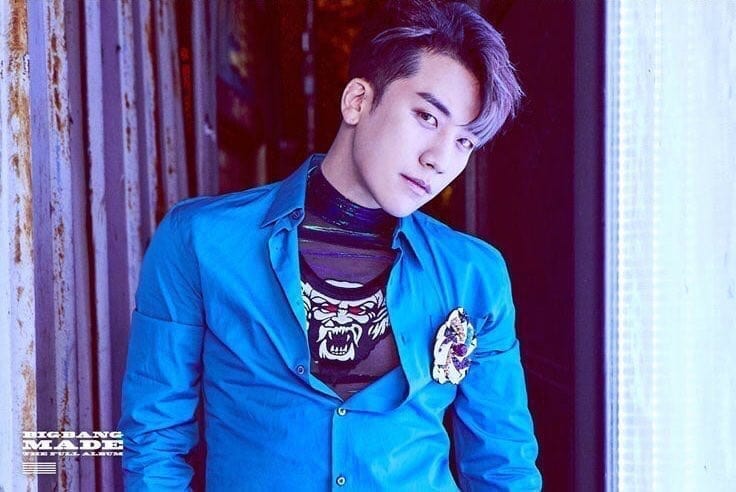 Seungri facts:
– He was born in Gwangju, South Korea.
– He has a younger sister, named Hanna.
– He studied at Chung-Ang University with Girls’ Generation‘s Yuri and Sooyoung. (He ended up dropping out, due to BigBang’s busy schedule)
– He is known for his blunt attitude and his overconfidence.
– Seungri’s nickname is “Panda”, created by fans and fellow members because of his dark eye circles, resembling a panda. He also likes collecting panda stuff.
– Seungri participated in an audition/survival program called “Let’s Coke Play! Battle Shinhwa”, where he competed to be part of the boy band ‘Battle’, which was initially advertised as the next Shinhwa. This was how YG scouted him to train for Big Bang.
– Seungri was originally eliminated from BIGBANG. But because he didn’t want to face his friends and family after failing, he went back to YG and competed against SO–1 (aka Hyunsung from B2ST) to be the final member. In the end, Seungri won.
– Initially, G-Dragon was upset that BigBang ended up having 5 members and he totally ignored Seungri for three months. XD (Happy Together – BIGBANG Special)
– His favorite food is “a bowl of rice and beef”.
– When a fan asked Seungri to rank the member based on the looks he said he’s on the 3rd, so he’s not ugly nor handsome. (Ask In A Box)
– He has acted in the movie “Why Did You Come to My House?” and in “19“ along side T.O.P.
– He also acted in the Korean drama “Angel’s Eyes” (2014).
– He has choreographed a large portion of BIGBANG‘s dances.
– He has his own dance academy, named “Seungri’s Academy”.
– Seungri has his own ramen store.
– Seungri is the CEO of YGX (a subsidiary company of YG Ent). (Idol Room ep. from vLive)
– He has his own show on Netflix called “YG Future Strategy Office”, released on the 5th October 2018.
– He became investigated by police for allegedly mediating escort and prostitution services to foreign investors in 2015.
– He has been also accused of being part of a chatroom where Jung Joon Young (Drug Restaurant) shared illegally taken videos of women and he is accused of habitual gambling in Las Vegas.
– On March 11, 2019, Seungri has announced his retirement from Entertainment industry.
– On March 13, 2019, YG has officially terminated Seungri’s contract upon Seungri’s request.
– “Jung Joon Young had 23 chatrooms where illegal footage of women were shared and Seungri has been a participant in one business chatroom where JJY sent 1 illegal footage.” (Jung Joon Young court document reveal by KBS)
– Fans pointed out how Seungri responded with rage when the illegal video was uploaded into the chatroom.
– On January 31, 2020 he was indicted without detention for allegedly organizing prostitution, habitual gambling, and illegal foreign currency trade.
– He got enlisted in the military on March 9, 2020 at the 6th Infantry Recruit Training Center in Cheorwon County, Gangwon Province.
– Seungri’s ideal type: “a girl that has a lot of aegyo and a bright voice” since he wants to call her often.
Show more Seungri fun facts…

You may also like: Poll: What is your favorite BIGBANG title-track?
BIGBANG Discography

Who is your Big Bang bias? Do you know more facts about them? Feel free to comment below. It can help new fans find more info about them. 🙂

All K-Pop Collaborations with Foreign Artists