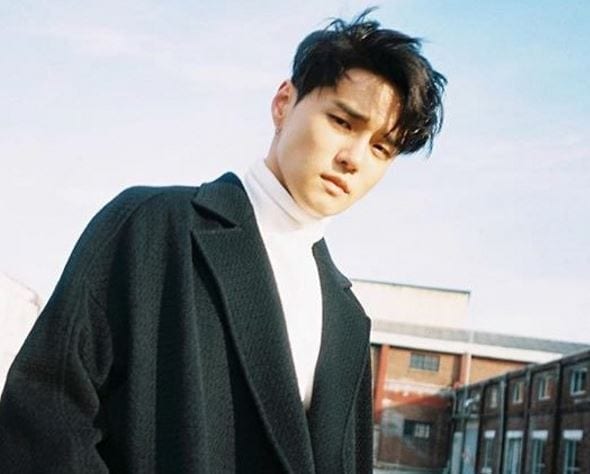 DEAN is considered as R&B prince of Asia. He is associated with Joombas Co Ltd. and Universal.

DEAN facts:
– He was born and grew up in Hongeun-dong, Seoul.
– His stage name “Dean” comes from actor James Dean, whose rebellious image appealed to him.
– Religion: Christian
– He’s a fashionista and speaks English. (Though he says he’s shy to speak English since he’s not that confident with it)
– He began singing in high school.(At that time, he considered music as an “escape from studying,” rather than an occupation.)
– He initially wrote songs in his room and kept it secret from his parents.
– When they found out, his parents supported his decision to become an artist.
– At age 16, he began his career as part of a crew, performing with hip-hop artist Keith Ape. (whose single “It G Ma” boasts over 7.5 million YouTube views).
– By the age of 18, he was writing tracks for K-pop stars, under the name “Deanfluenza”.
– At the age of 20, he was under the tutelage of Joombas Music Group CEO and producer Hyuk Shin, employed with the songwriting team of the Los Angeles-based company whose works include EXO‘s “Growl” and Justin Bieber‘s “One Less Lonely Girl“.
– He was credited on different popular tracks, including EXO‘s “Black Pearl” and VIXX‘s “Voodoo Doll“.
– Dean debuted in the United States in July 2015 with the single “I’m Not Sorry“, featuring Grammy winner Eric Bellinger.
– In 2015 he also collaborated with Mila J on “Here & Now” and Anderson .Paak on “Put My Hands on You”.
– He made his Korean debut in the same year – 2015 and his second single “Pour Up”, featuring Block B‘s rapper Zico, was named Best R&B and Soul Song at the Korean Music Awards on February 29, 2016.
– He also collaborated with other popular Korean hip-hop artists like Zion.T, Crush, and Junggigo (on the single “247”), LOCO (on “Too Much”), Suran (on “1+1=0“), Dok2 (on “I Love It”) and Dynamic Duo on “How You Doin’?“.
– On January 2016 he released “What 2 Do“, featuring Crush and Filipino-American singer Jeff Bernat.
– In January and March 2016 he appeared on Two Yoo Project Sugar Man as a producer (he arranged songs from iKon and Winner)
– He became the first Asian artist to perform at Spotify House at SXSW, alongside international artists including Miguel and Chvrches.
– His tracks “Bonnie and Clyde” and “D (Half Moon)” (both from his EP 130 Mood : TRBL album) were well-received.
– His EP 130 Mood : TRBL album got No. 3 on the Billboard World Albums chart.
– On June 2016, he had his New York City debut concert at the “legendary” Copacabana (tickets were sold out).
– On June he also collaborated with Girl’s Generation Taeyeon for her “Why” album and even appeared in the MV for her single “Starlight“.
– He is called “R&B prince of Asia“.
– In August & September 2016 he had a tour including the Philippine and Malaysia.
– On November 1, he was included in a Time report about K-pop artists who were attempting to enter the mainstream American market, along with CL and Eric Nam.
– In November, he collaborated on a single and music video with Zico and Crush, “Bermuda Triangle”
– On December 6, the song debuted on Billboard’s World Digital Songs chart at No. 3, making it the highest position he had received on that chart.
– Since 2016 he is a part of a music crew called FANXY CHILD together with Zico, Crush, Penomeco and Millic.
– He’s also one of the founders of Club Eskimo crew, which consists of him, Crush, Millic, Punchnello, Jusen, Chek Parren, 2xxx, Camper and OFFONOFF: Colde & 0channel.
– In 2017 he appeared on the show “Show Me The Money 6” as one of the producers, forming a team together with Zico.
– He loves sushi and pizza.
– He likes chocolate and jelly.
– His favorite color is green.
– He is good friends with Zico and Crush (same age buddies).
– He describes his music in 3 words: raw, rebel, root.
– His fashion is inspired by NY runways/street.
– He thinks his lips are his main attraction.
– The artists he admires are Kanye West, Miguel, Donald Glover.
– DEAN’s ideal type: Someone who understands him and his weird antics.

Do you like DEAN? Do you know more facts about him? Feel free to comment below. It can help new fans find more info about him. 🙂

Make sure to read the comments below as they usually provide fun and useful facts, since we can’t possibly add all the additions in the actual post – Many thanks to all those who bring new info about DEAN in comments! <3 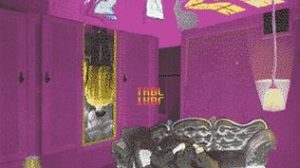 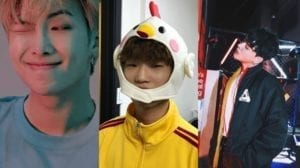 Who is your favorite soloist? [Male version] 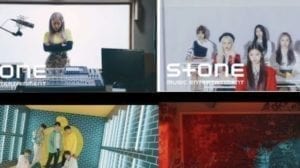 Which Songs Released in March 2019 were your Favorites?