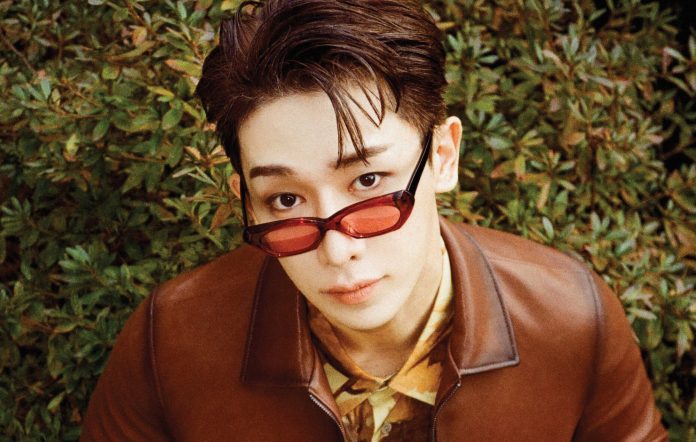 Wonho Fandom Name: WENEE (위니; WE are NEw Ending because WE NEEd each other)
Wonho Official Fan Color: –

Wonho Facts:
– He was the 5th trainee announced as a member of Monsta X (after survival TV show “No Mercy”).
– He was born in Sanbon-dong, Gunpo, South Korea.
– Family: Parents, younger brother (married)
– He is a former ulzzang.
– Since Wonho used to be an ulzzang, if you search ‘Shin Hoseok’, you’ll get a lot of pre-debut pictures.
– He appeared in “Ulzzang Shidae Season 3” TV show (2010/2011)
– He was a trainee for 3 years.
– During Monsta X-ray he mentioned that his nickname is Bunny and bought little bunny toys for the rest of the group and staff so that they have something to remind them of him.
– He admires Kanye West a lot.
– Wonho have acrophobia (phobia of heights).
– For their MV for “Hero” they had to get his doctor to prescribe Wonho with medication so he would be able to film on that rooftop cause his acrophobia affects him so strongly.
– He likes working out at the gym.
– He practices taekwondo & swimming.
– Used to dream of becoming a taekwondo athlete, but got injured.
– Before debuting, he used to exercise a lot. He was motivated by his friend who is a bodybuilder health trainer.
– When he’s resting, Wonho does 300 push ups to maintain his body.
– He is the member who trained the longest with Starship Entertainment.
– He used to be part of NUBOYZ along with Shownu, Jooheon and Gun.
– When he was in NuBoyz, he used to go by the name Sino (pronounced Shino).
– Wonho was MONSTA X’s leader a day before debuting, but they appointed Shownu as the group’s new leader instead. Wonho was shocked, and said he (himself) has a lot leadership.
– Tattoos: One on his left thigh, one on top of his right foot, one on his right gluteus
– Good & Bad points?: (Good) He’s calm and bright like a hyung. (Bad) He gets upset easily.
– Minhyuk said that Wonho takes the best selcas in the group.
– Things that he likes: Protein, vitamins, other health products, electornics, studying song production.
– He is really into accessories and carries a lot of them around, usually making his bag heavy.
– His favorite seasons are summer & winter
– His favorite color is red.
– Hobbies: Going out with friends and playing video games.
– His favorite food: Ramen; Chicken breast; cold noodles during the summer.
– Wonho doesn’t eat pickled radish.
– Wonho doesn’t like to eat meals without rice.
– Wonho doesn’t like liver.
– Wonho isn’t a big fan of tteokbokki.
– Wonho doesn’t like to eat alone.
– Wonho doesn’t like the crust of the pizza so he orders thin crust.
– Wonho dips gargonzola pizza in honey.
– Wonho was told by his elders to drink soup first before every meal.
– Wonho likes radish leaves.
– Wonho’s soul food is ramyun.
– Wonho is the member who eats the most. He can eat up till 8 bowls of rice.
– Wonho says he has different stomachs for meals and desserts and there’s another one for tangerine.
– His favorite convenience store “food” is milk
– An item he takes overseas is protein (powder)
– He thinks MX are always cute
– He said Kihyun is the most narcissistic out of all of them
– His wish for 2019 is for MX to win a daesang
– He ordered a humidifier and it’s his favorite item these days
– He visits Minhyuk and I.M’s room the most
– According to the other members, Wonho is very sensitive and cries easily.
– He gets sick often, so he’s always taking care of his health.
– Likes to wear over sized t-shirts (XXL), and loose-fitting clothes lately. Also likes fans who wear casual style clothing, such as black snapbacks and hoodies.
– In the old dorm he shared a room with Hyungwon and Shownu.
– Update: In the new dorm he has his own room.
– Message to fans: “All of the Monsta X members and the fans, I’m so happy that I’m able to spend this time with you. I think every minute, every second is so important. In the future I hope that you will still be there for us. Everyone make sure to eat well and don’t get hurt, stay healthy.”
– During (170421 KBSWORLD K-Rush FB Live) he said if he were a girl he would date Minhyuk.
– He always says he’s handsome on most shows where Monsta X is.
– Shownu and Wonho were both in the “Shake It” MV by SISTAR.
– His favorite colors are black & white.
– He is learning how to play the guitar and he can play the piano.
– He watches Netflix in order to improve his English.
– His hobbies are studying English, Japanese and working out.
– He likes visiting rabbit parks.
– He designs his own stage outfits.
– These days he is using Lost Cherry by Tom Ford as his perfume.
– He has plans to go to Japan and wants to visit Spain, Brazil and France.
– He said that he resembles the Metamong character in Pokemon.
– He said that his mom forced him to learn taekwondo for 11 years, piano for 6 years, swimming for 6 years and loving his fans for 22 years.
– Following the recent controversies (the claims that he owes money to friend Jung Daeun and suspicions of illegal use of marijuana back in 2013) on October 31, 2019 Wonho announced through a handwritten letter that he and Starship Ent. amicably decided his departure from the group.
– Following the announcement of Wonho’s departure fans started protesting in order to bring him back.
– On March 14, 2020 Starship issued a statement confirming the investigation had concluded and Wonho was cleared of all charges.
– On April 9th, 2020 it was announced Wonho signed to Starship Entertainment’s subsidiary library Highline Entertainment as a soloist and producer.
– Wonho’s ideal type: Someone who makes ramyun well. When asked about marring he said he isn’t interested in marriage. “I’m not interested in marrying. My younger brother will marry someone, so there is no problem for my family.”

You may also like: Quiz: Who’s your MONSTA X boyfriend?
Wonho Discography 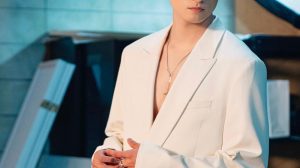 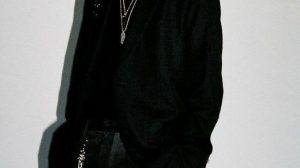