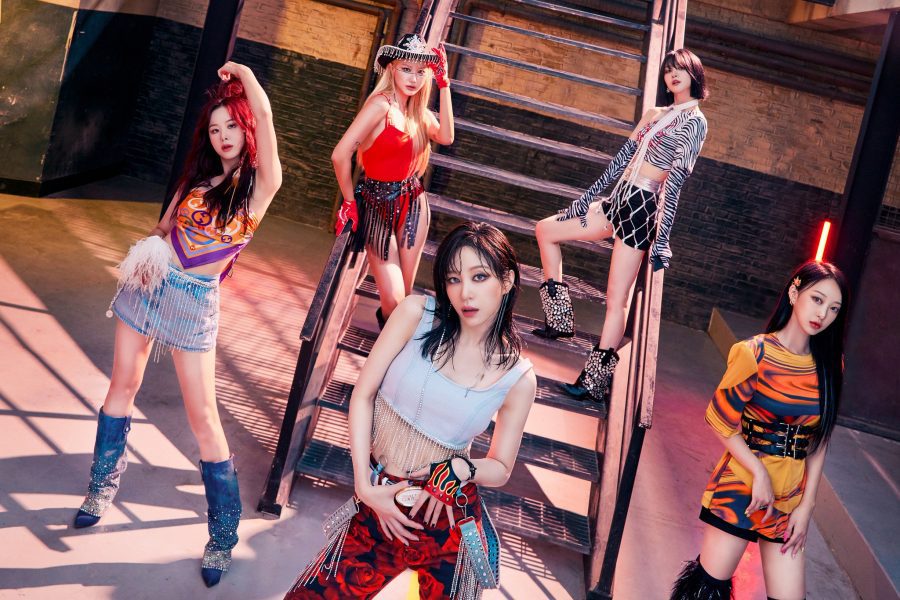 EXID (이엑스아이디) consists of 5 members: Solji, Elly, Hani, Hyelin, and Jeonghwa. The group debuted on February 16, 2012, under AB Entertainment. Since 2016 they are under Banana Culture. Meanwhile, as of March 25, 2020, all the members left Banana Culture. 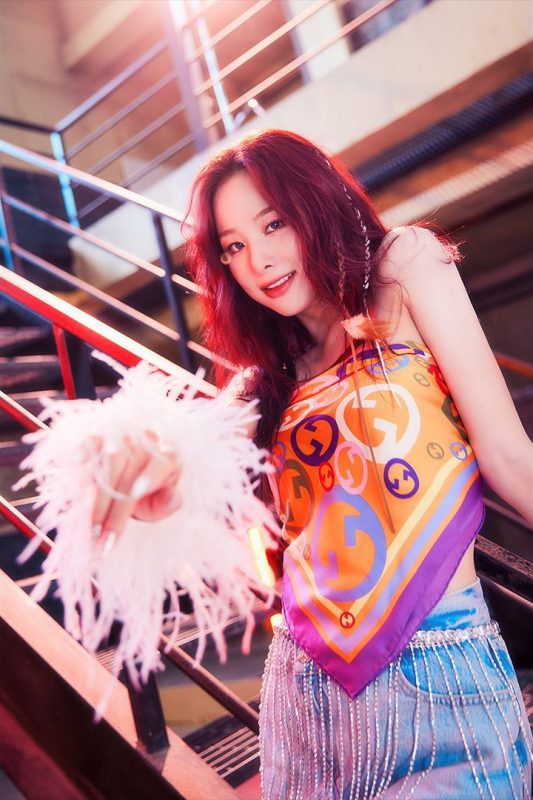 Solji Facts:
– She was an R&B singer.
– She is a former member of the group 2NB (R&B unit).
– Solji released a total of 23 singles with 2NB, but none of it was a success.
– She had also a solo career, she released a single in 2008.
– Solji was EXID‘s vocal trainer before joining the band.
– In 2015, she won “King of Mask Singer”.
– She likes hiking.
– Solji’s nickname is Heo Bad Gas (Hani have said that whenever they’re on a diet and they’ll just eat eggs she always farts) – shaRtube
– Solji raises her legs in her sleep.
– Her shoe size is 240 mm.
– Solji has a dog named Choco. Its breed is Chihuahua.
– She is a part of EXID’s sub unit SoljiHani (formerly known as Dasoni) with member Hani.
– Solji really likes men in white pants.
– She was on hiatus due to health issues (since late 2016 till 2018). She was recovering from her hyperthyroidism.
– She’s a coach for the Vocal team on “Under 19” survival show.
– On March 25, 2020 Solji announced that she left Banana Culture.
– In March 2020, Solji signed with C-JeS Entertainment, in order to pursue a solo career.
– In 2021 she was appointed as a professor in the Department of Applied Music. (Source)
– Solji’s Ideal Type: Kim Soo Hyun
Show more Solji fun facts… 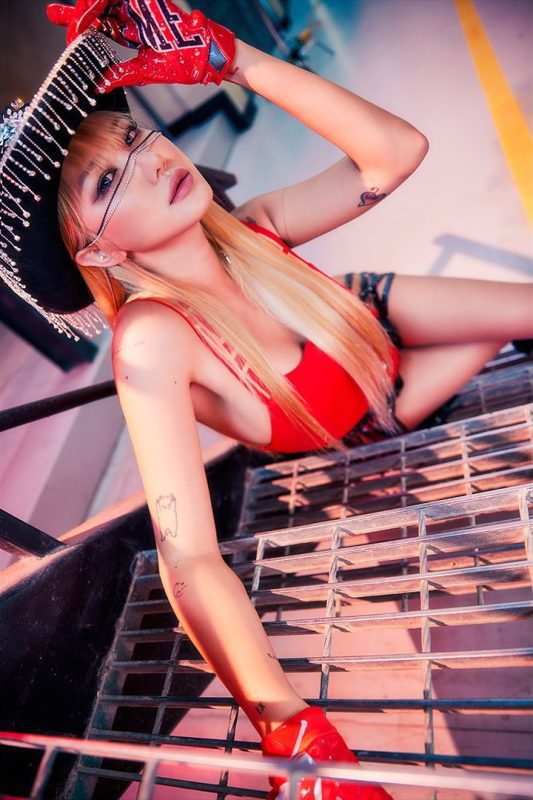 Elly Facts:
– She was born in Cheonan, Chungcheong, South Korea
– Family: she has a younger brother
– She loves playing Lego
– Elly and Hana/Zinger (Secret) are really close.
– Elly was the temporary leader of EXID when Solji was on a hiatus (Weekly Idol Ep 383)
– She collaborated with Huh Gak for “Whenever You Play That Song”.
– She was part of an underground group “Jiggy Fellaz” under name “Elly”
– The girl who sings in MBLAQ’s “Oh yeah” is Elly, when she was in Jiggy Fellaz.
– She collaborated with BIGSTAR‘s FeelDog & B2ST‘s Junhyung for “You Got Some Nerve”.
– Elly was a former Cube Entertainment trainee.
– She participated in “Show Me the Money 2”.
– Elly has 6 tattoos: 1. a heart and there’s a music note inside to express her love for Music. (info from shaRtube) 2. one that says “inner peace” 3. a peace sign, heart, and smiley face 4. “Deny me and be doomed”, from a musical about a trans rock band member and their journey 5. Love 6. Frida (Frida being Frida Kahlo the artist, who she likes a lot)
– Elly composed 51 songs, as of 2017. (shaRtube)
– Elly had/has a scooter named Pinz.
– She also has a dog named Wooyoo.
– Elly auditioned for JYP entertainment but failed.
– Elly sang the chorus line (sugar free) on T-ara‘s song “Sugar Free”.
– Despite Elly’s personality especially when she performs, she’s the most feminine on EXID according to her fellow members.
– Hani and Elly check stores supplies of vitamins whenever they get off airplanes.
– Elly’s nickname is Ahn Dirty because she never cleaned up when they lived together.
– Elly doesn’t like rides on amusement parks. She always talked about this when they were on Showtime.
– On March 25, 2020, she terminated her contract with Banana Culture.
– Elly’s Ideal Type: Cha Seung Won
Show more Elly fun facts… 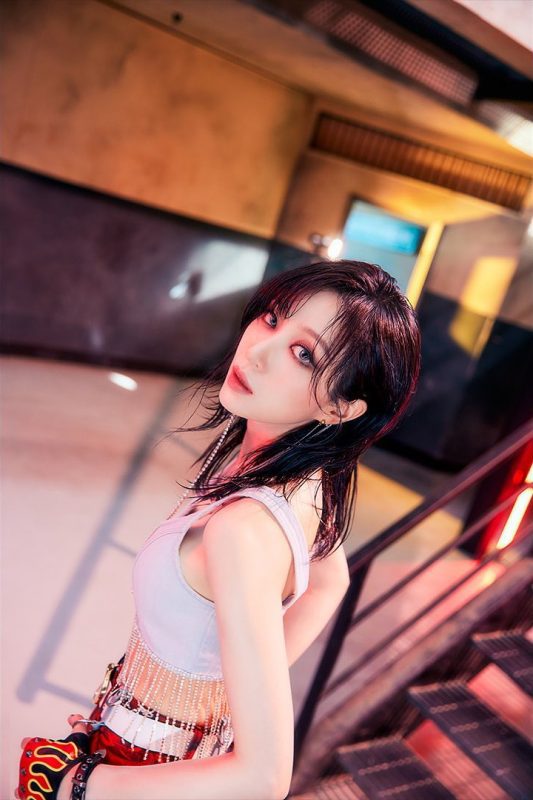 Hani Facts:
– She was born in Seoul, South Korea
– She is a former trainee of JYP.
– She’s very smart, with an IQ of 145.
– She studied in China before.
– She speaks English and Chinese.
– Hani has a cat named Fati.
– She is a part of EXID’s sub unit SoljiHani (formerly known as Dasoni) with member Solji.
– She appeared in several episodes of the variety show “Off to School”.
– She appeared in the show “Match Made in Heaven Returns”.
– She was a cast member of the show “Crime Scene 2”.
– She was a host for the show “A Style for You”.
– She participated in the show “King of Mask Singer”.
– In December 2015 it was announced she is in a relationship with Xiah Junsu (JYJ/DBSK). In Sept. 2016 it was confirmed they broke up.
– In April 2016, Hani and Super Junior‘s Heechul were appointed as new MCs for Weekly Idol. (Hani is always being teased by Heechul. xD)
– One of Hani’s nickname is Ahn Burp. Because she always burps on the dinner table. (shaRtube)
– Hani is shy with strangers. (Secret Variety Training)
– She is friends with BTOB‘s Hyunsik.
– Hani did triathlons up to Middle School because her mum thought it would make Hani more obedient.
– Hani had a deal with her mother: if EXID is going to fail in 3 years, her mother’s going to send her off to study (Up & Down was released 3 years after their debut) – shaRtube
– They all tried taking a shower together, except for Hani because she’s too shy – shaRtube (lol. Hani, is this you?)
– Hani is part of the 92liners chat group with VIXX’ Ken, Mamamoo‘s Moonbyul, BTS’ Jin, B1a4‘s Sandeul and Baro.
– It was confirmed that Hani is leaving Banana Culture in the end of May 2019.
– In October 2019 Hani signed with Sublime Artist Agency, in order to pursue an acting career.
– On January 21, 2020, Hani was announced to star in the web drama “XX”.
– Hani’s Ideal Type: Kang Ha Neul (stated on “Master Key”)
Show more Hani fun facts… 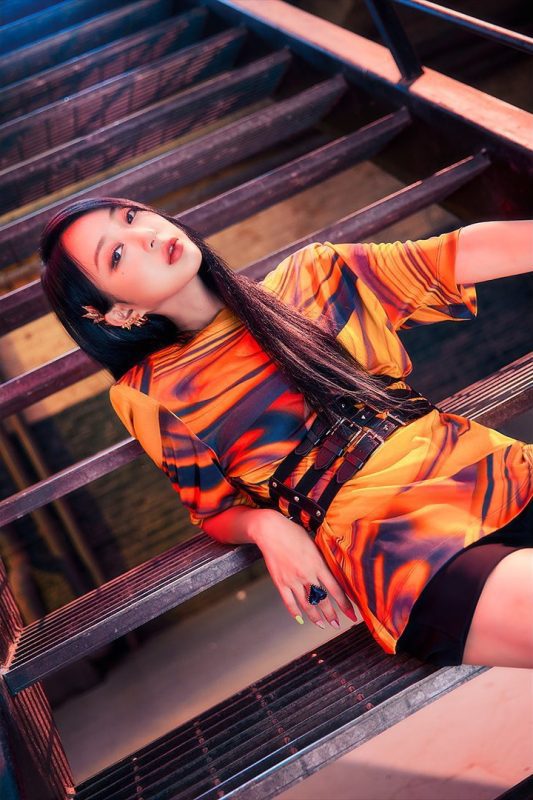 Hyelin Facts:
– She was born in Gwangju South Korea.
– She is the only child in the family.
– She graduated from Dongduk Women’s University.
– Hyerin’s English name is Jenny.
– Hyerin’s nickname is Jjeop Jjeop (the sound made when someone chews loudly).
– Favorite food: Sushi
– Favorite color: Blue
– Role Model: Shinhwa
– She does not like cats.
– She doesn’t like tuna because it’s greasy.
– She speaks Korean and English. (English – Kinda? XD)
– She can play the violin.
– Her aunt is a music teacher.
– Hyelin participated in the show “Superstar K3” (2011).
– Hyelin is a former Cube trainee.
– She participated in “King of Mask Singer”.
– Hyelin has a tattoo saying “Mind over matter” (Info from shaRtube)
– On January 23, 2020 Hyerin left Banana Culture.
– On May 6, 2020 Hyerin joined sidusHQ, in order to pursue an acting career.
– Hyelin’s Ideal Type: Hyelin once said her ideal man is a tsundere type and Seo In Guk’s character in Reply 1997 is the closest to her ideal type. She also likes Kim Woo Bin.
Show more Hyelin fun facts… 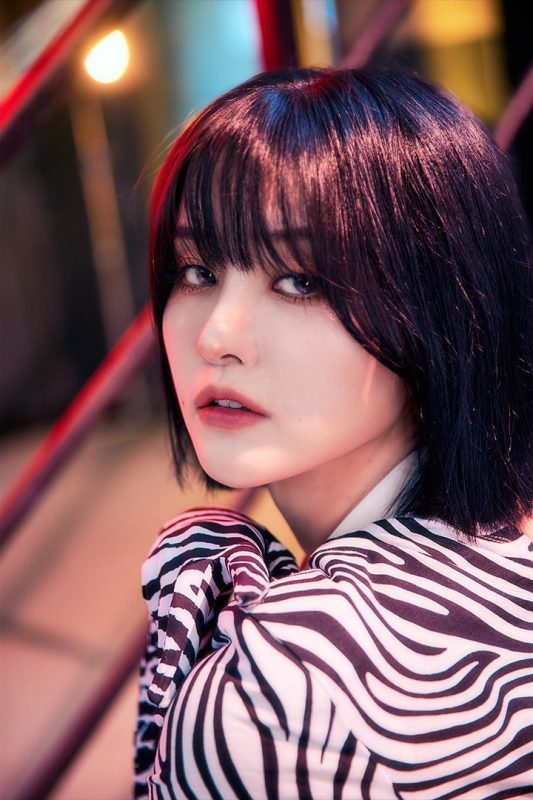 Jeonghwa Facts:
– She was born in Anyang, Gyeonggi, South Korea
– She’s a former trainee of JYP.
– She appeared in Wonder Girls‘ “Tell Me” MV.
– She was featured in Huh Gak‘s ‘Whenever You Play That Song’ MV.
– She appeared in several episodes of the show “Match Made in Heaven Returns”.
– She wanted to be an actress since she was a child.
– She acted in ‘Uprising of Wife’ when she was very young.
– She’s very sociable.
– She can play the piano.
– Junghwa made her acting debut as a child actress in “Wives on Strike” (2004).
– She acted in Led Apples’ “With the Wind” MV.
– Jeonghwa is called Maeboli because she annoys them and tries to go into the bathroom with Hani even though Hani hates it.
– Jeonghwa always exercises after waking up. (It was shown on Showtime and said by the other members too.)
– Jeonghwa’s waist is 23 inches (58cm).
– Jeonghwa’s neck is 19cm (7.4 inches) long and her arms are 75cm long (29.5 inches). (They measured her for the show since she is known for her long neck and arms)
– Jeonghwa has a pet dog right named Mocha. (Weekly Idol)
– Jeonghwa left Banana Culture in the end of May 2019.
– In October 2019 she signed with J-Wide Company to pursue her acting career.
– Jeonghwa’s Ideal Type: Gong Yoo
Show more Jeonghwa fun facts… 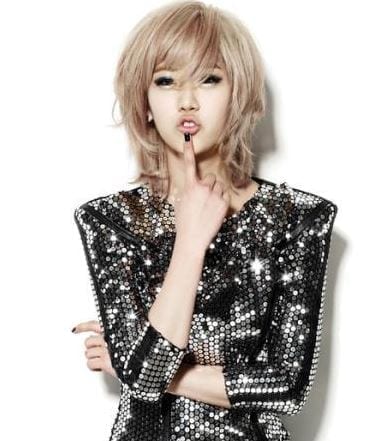 Dami Facts:
– She was born in Incheon, South Korea.
– She has 1 brother.
– She attended Bakmun Girls’ High School (graduated)
– She is currently under Watermelon Entertainment.
– She is Cathelic, her baptism name is Anise.
– Her MBTI type is ENFP-A.
– She later became a member of BESTie, under the name Hyeyeon, but the group disbanded.
Show more Dami/Hyeyeon fun facts… 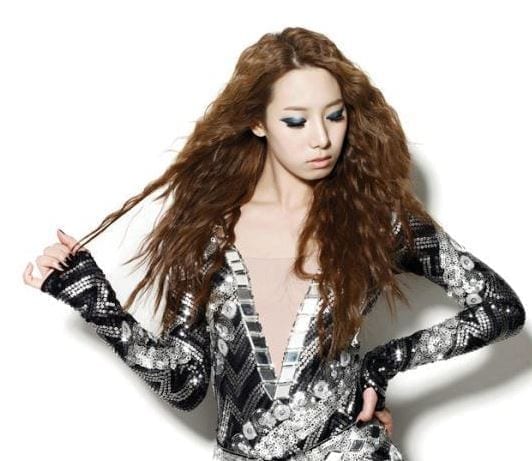 Yuji Facts:
– She was born in Seoul, South Korea.
– She attended Department of Practical Music at Lira Computer High School & Department of Practical Music at Seoul National University of Arts.
– She is a member of BESTie, but the group disbanded.
– She debuted as a soloist on February 17, 2015 with the digital single “Love Letter”, under the stage name U.Ji.
– She currently is under World Star Entertainment.
– U.Ji ideal type: U.Ji says that she does not have an ideal type. She says it all depends on her feelings at the time, and that it’s all subjective.
Show more U.Ji fun facts… 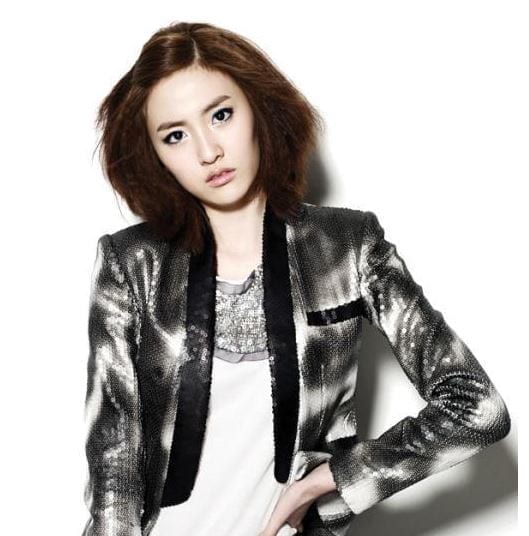 Haeryung Facts:
– She was born in Seoul, South Korea.
– She has 1 sister.
– She attended Donggok Elementary School (graduated), Shimwon Middle School (graduated) & Somyeong Girls’ High School (Transfer) → Seoul Performing Arts High School (Video Arts and Broadcasting Acting Major/ graduated)
– She debuted as an actress in 2003.
– She left EXID in 2012, shortly after their debut, in order to finish her studies.
– In 2013 she became a member of BESTie, but the group disbanded in 2018.
– She made her solo debut on October 31, 2018 with the mini album “Great“.
Show more Kang Hye Yeon fun facts…

You may also like: Journey Through EXID History
EXID Discography
EXID: Who is who?

Who is your EXID bias? Do you know more facts about them? Feel free to comment below. It can help new fans find more info about them. 🙂 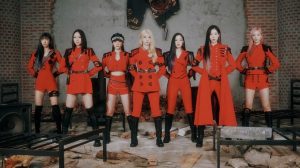 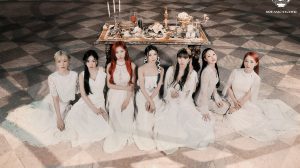 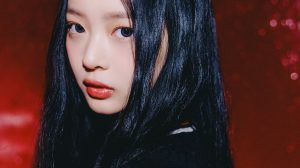