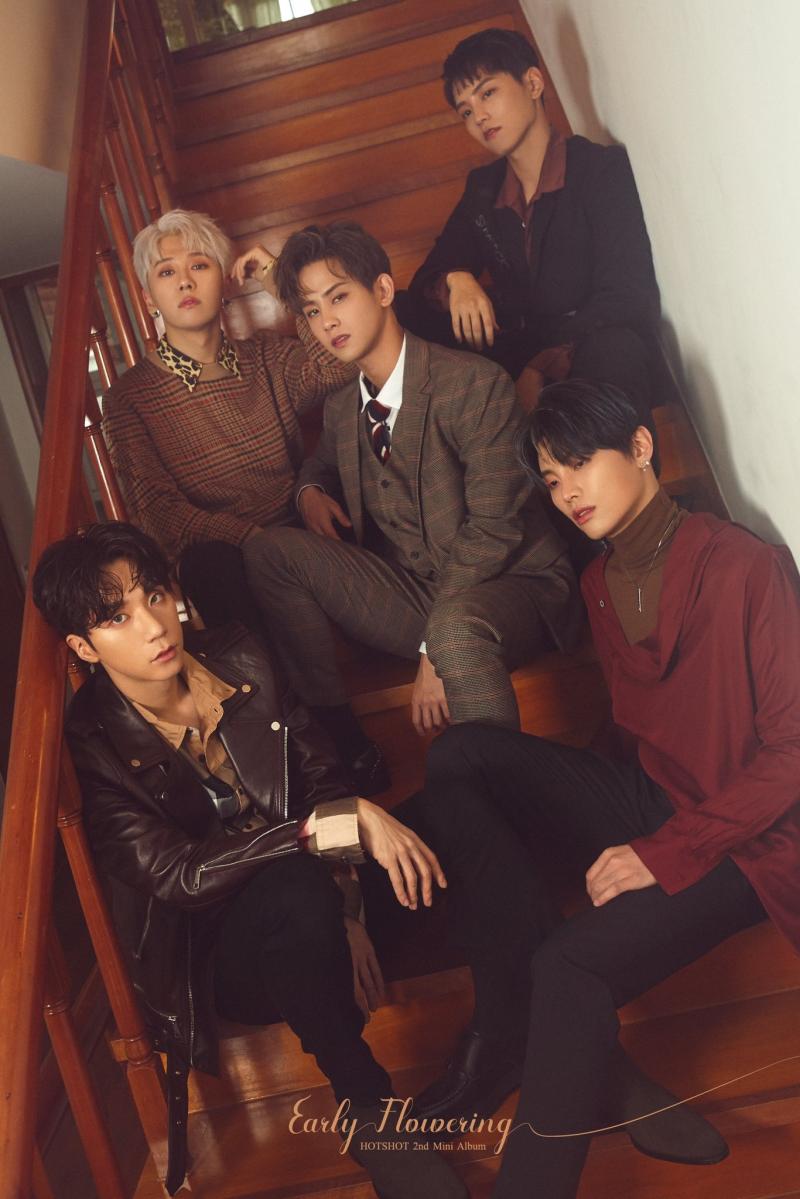 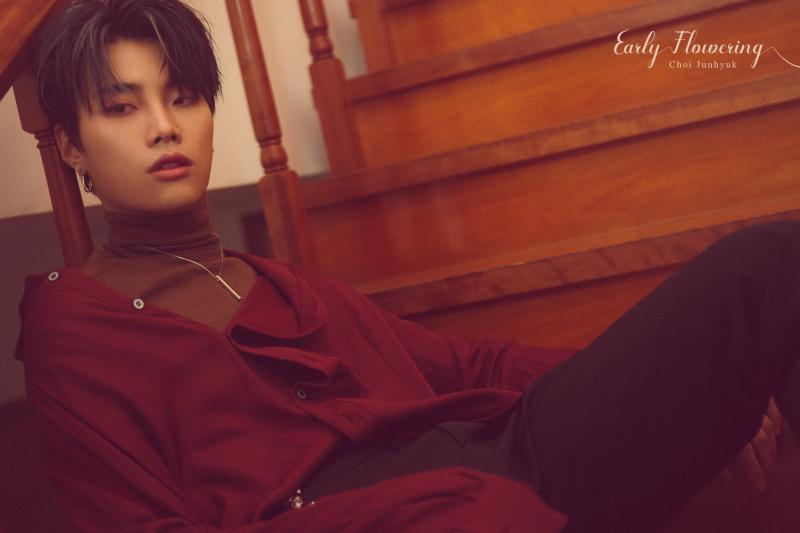 Junhyuk Facts:
– His hometown is Ulsan, South Korea.
– Junhyuk has a younger sister.
– His hobbies are playing the piano and buying clothes.
– Has a really, really, really long tongue (Pops in Seoul)
– He was a former trainee of SM Entertainment with Timoteo.
– He appeared in Double K’s “랩운동” MV.
– His nicknames are: Choi Giraffe (최기린), Choi Leader (최리더)
– His favorite food is meat.
– Top 24 in Superstar K2 (2010).
– Education: Sehan University
– In his opinion, he is the best Vocalist in the group, the one with the best personality, the most handsome, the one who eats the most and the one who does fanservice the most.
– He says he can imitate Oh Gwang Rok, but the other members disagree. He promised he would work more to improve his imitation.
– Before their official debut, Yoonsan and Junhyuk released a song “Sexy Hae”.
– Junhyuk enlisted on January 29, 2020.
– Junhyuk’s ideal type: “I seem to like girls who looks a little bad & have an Oriental look. Also, girls with sense.” 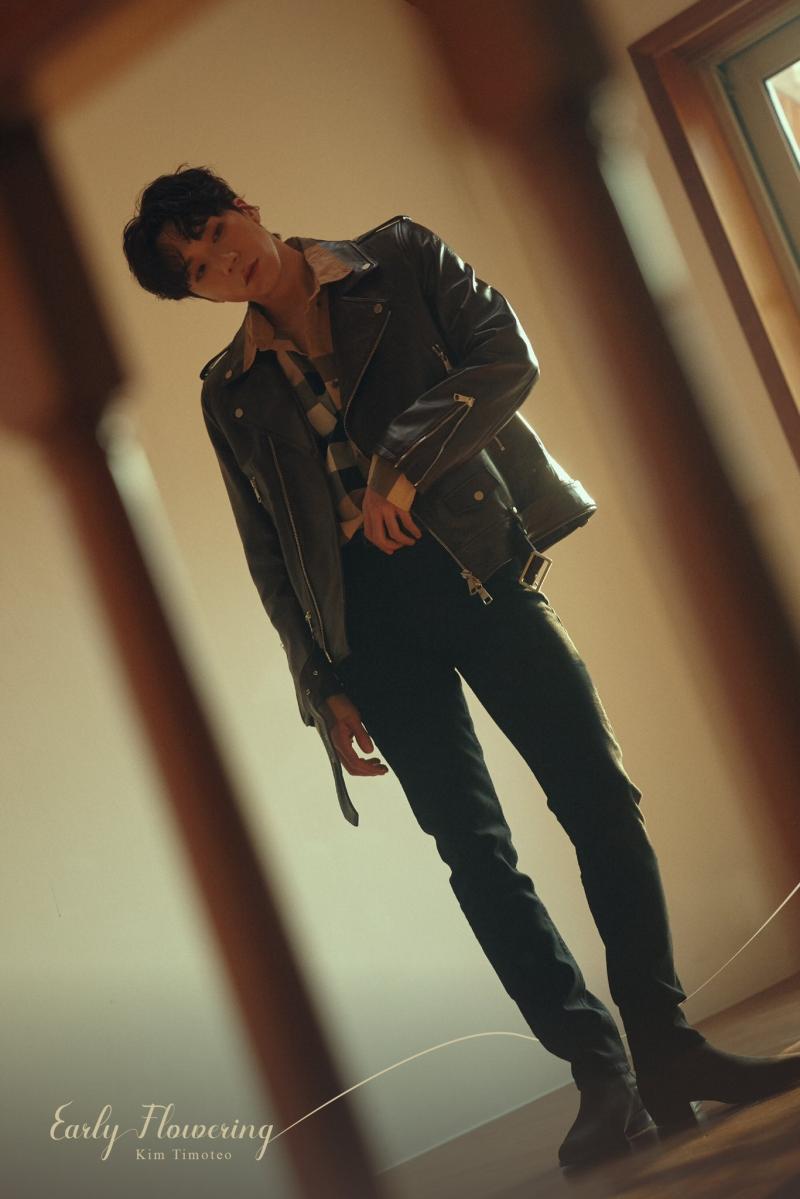 Timotheo Facts:
– He was born in Seoul, South Korea.
– His hobbies are shopping / buying clothes.
– He was a former trainee of SM Entertainment with Junhyuk.
– He was about to debut as an EXO member. He left EXO because he got tired of waiting for EXO’s debut and he also got lots of stress from his parents.
– He’s best friends with Taemin (SHINee), Kai (EXO), Ravi (VIXX), Jimin (BTS) and Niel (TEEN TOP)
– He appeared in TVXQ’s “HAHAHA song” along with EXO’s members.
– He appeared in The Grace’s “My Everything” MV.
– He appeared in Double K’s “랩운동” MV.
– He participated in the Korean variety show “Truth Game”.
– He also acted in a KBS short drama with Sulli (ex member of f(x) )
– His favorite color is blue.
– He likes Bubble Tea.
– He has the habit of touching his nose when he get nervous / embarrassed.
– Education: Korean Art High School, Seoul School of Performing Arts
– Timoteo was a participant in “The Unit” Idol Rebooting Program. (in the end he ranked 10th)
– He ranked himself 5th in Vocals, 2nd in Dancing, 5th in Intelligence, 1st in Personality, 2nd who eats the most, 3rd most handsome, 3rd most funny, 1st at Fanservice and 3rd who does aegyo most frequently.
– He has been friends with Taemin, Kai and Niel since they were children.
– He’s also friends with Amber of f(x), NCT’s Johnny, Sehun of EXO, Bohyung of SPICA and Henry.
– He used to be an ulzzang.
– If he could have a super-power, he would like to be able to stop the time.
– He acted in the web drama “SPUNK” (2019).
– Timoteo’s ideal type: “I prefer sexy girls, who seem strong but will treat me well after we become close… a style like San? *laughs* Overall, It will be good if she is mature.” 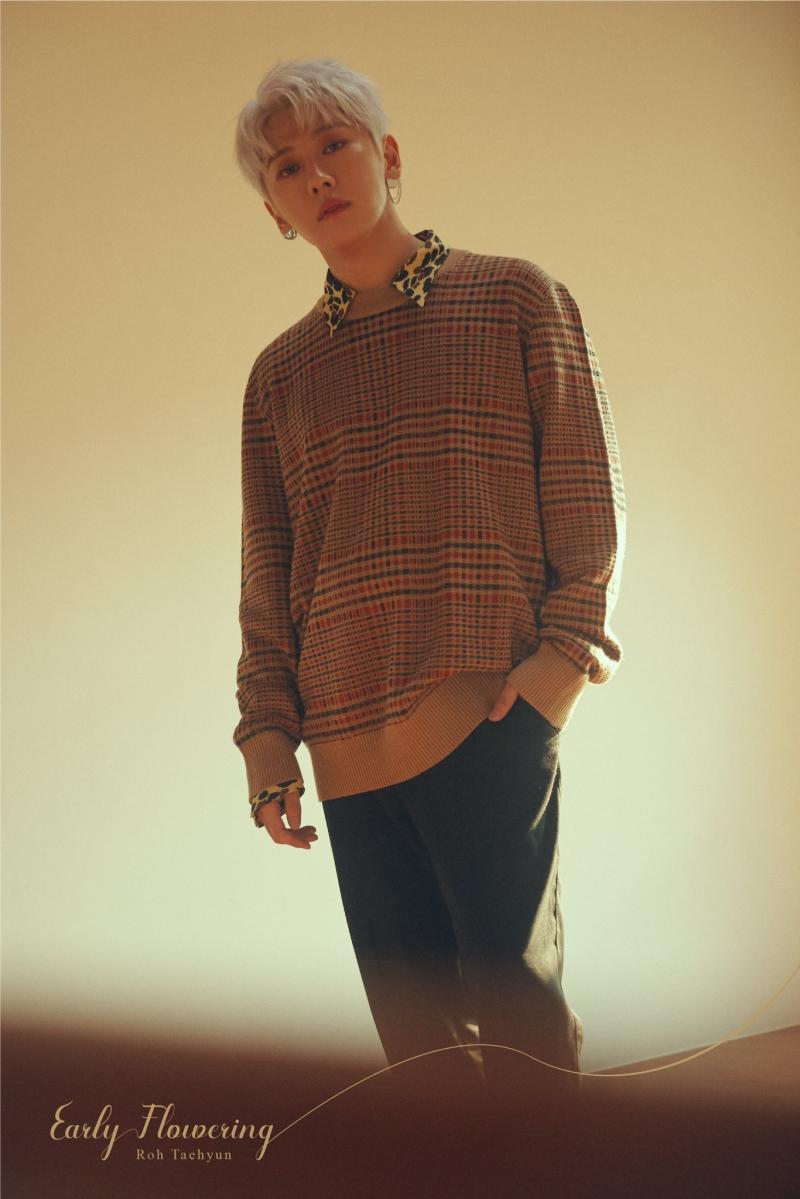 Taehyun Facts:
– He was born in Seoul.
– He has a sister.
– He was an ex YG trainee.
– His hobbies are watching movies.
– His nickname is KIMON.
– He appeared in Rude Paper’s “Fight like the lion” MV.
– He’s a member of hip hop dance crew “Monster WOO FAM”.
– Education: Korean Art High School
– He is friends with Girls Day’s Minah & Brave Girls’ Noh Hyeran.
– His old stage name was Kid Monster but he announced on vLive that he changed his stage name to Roh Taehyun.
– He appeared on Mnet’s “Produce 101 Season 2“ but has been eliminated on episode 10.
– Roh Taehyun debuted with JBJ (a group requested by fans, all made of trainees who ranked from 20-30 on ‘Produce 101’) in September 2017.
– JBJ disbanded in April 2018.
– In his opinion, he’s the best Vocalist, the best Dancer, the most intelligent, the one with the best personality, the most funny and the one who does Fanservice the most.
– Taehyun’s ideal type: “I like girls who are kind inside and have a kind appearance too.” 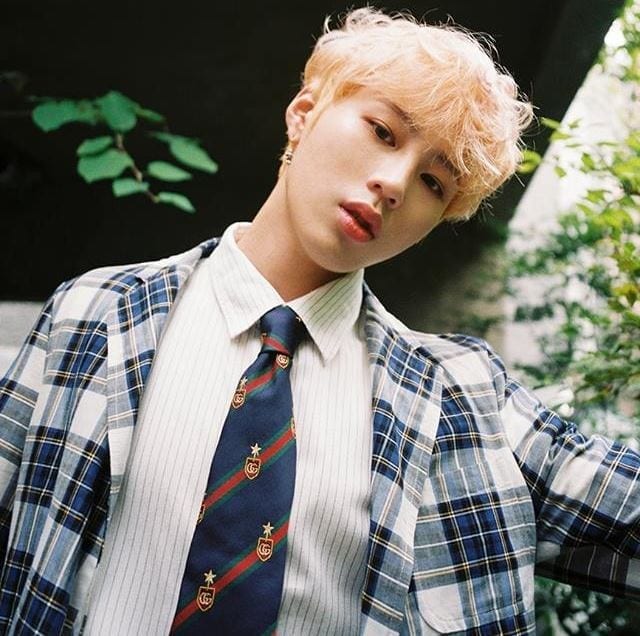 Sungwoon Facts:
– He’s goofy and hilarious, the ‘Happy Virus’ of the group.
– His hobbies are playing billiards and football.
– Sungwoon auditioned for JYP Entertainment in 2010 and made it to last round.
– He collaborated with Chad Future.
– Education: Dongah Broadcasting High School
– Sungwoon’s nickname is “Cloud”.
– Sungwoon has a younger sister.
– He is friends with Jimin from BTS, Kai from EXO, Ravi from VIXX, Taemin from SHINee, Lee Hongki from Ft. Island, etc.
– Sungwoon participated to the Produce 101 season 2. He ranked on place 11th so he promoted with WANNA ONE. (Meanwhile HOTSHOT promoted as 5 members)
– Wanna One disbanded as of December 31, 2018.
– When asked, he ranked himself 1st in Vocals, 3rd in Dancing and Intelligence, 2nd in Personality, 1st as the one who eats the most, 3rd most handsome and in Fanservice and 1st in Aegyo.
– He’s friends with J-Hope and Suga of BTS as well.
– His role model is Xiah Junsu.
– Sungwoon debuted as a soloist on February 28, 2019, with the song “Bird”.
– Sungwoon’s ideal type: “I like girls who can cook well and have pretty eyes. I like the kind of girls who have huge eyes and are cute.”
Show more Sungwoon fun facts… 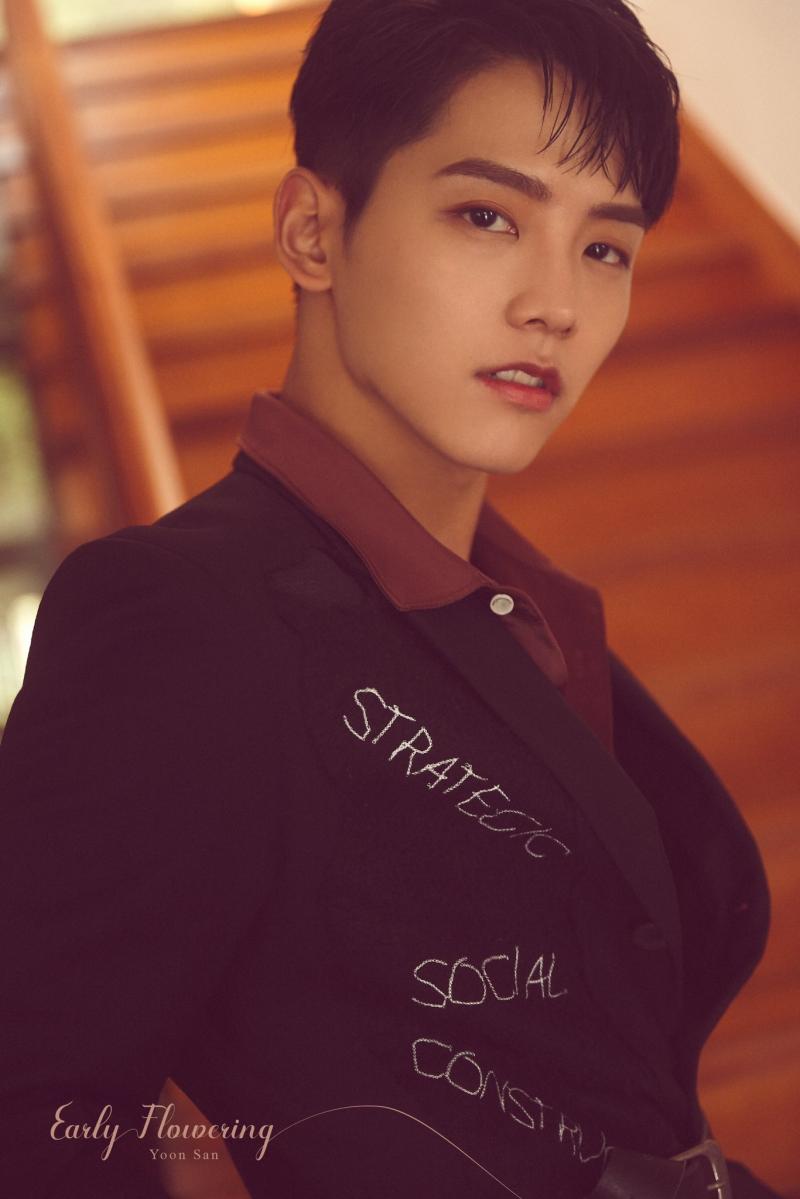 Yoonsan Facts:
– His hobbies solving the rubik’s cube, playing games, rapping.
– He has a total poker face.
– He’s sometimes so awkward that it’s adorable and funny.
– He appeared in Double K’s “랩운동” MV.
– He majored in design.
– He lived in France for 8 years.
– He speaks French and Japanese.
– Yoonsan doesn’t like to be called by his real name.
– Education: studied Design in France
– Yoonsan was an intern designer for Chanel in France.
– When asked, he ranked himself as the best at anything.
– He doesn’t like doing aegyo because it embarrass him.
– He wears lenses on stage but he generally wears glasses of stage, and so does Hojung.
– He’s a really shy and calm person.
– He usually avoids eye contact when speaking to others.
– He has a Busan accent but he doesn’t come from Busan.
– He prefers to stay alone.
– Before their official debut, Yoonsan and Junhyuk released a song “Sexy Hae”.
– Yoonsan’s ideal type: ”I like girls who are sexy. It would be good if she can accepts my personality and doesn’t nag a lot.” 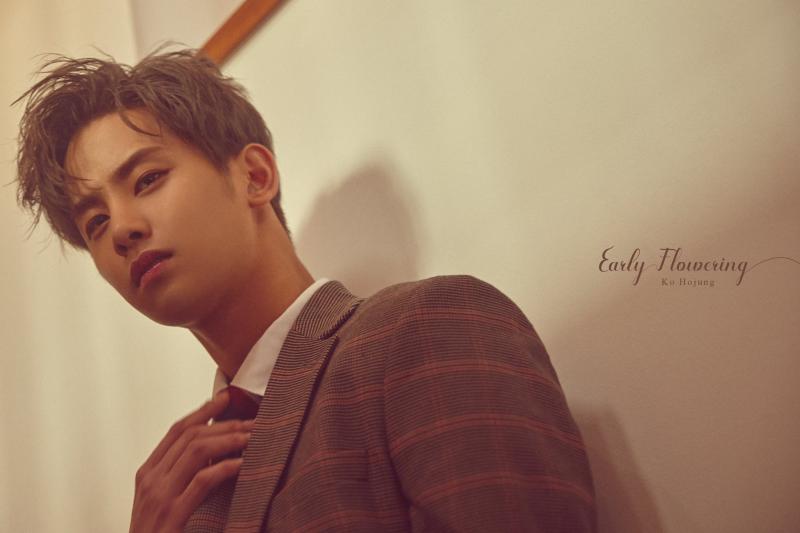 Hojung Facts:
– He is from Yeosu, South Jeolla Province. (The Unit Ep. 16)
– He can speak Korean, Japanese, Thai.
– He used to be called K.HO.
– He has great eye smile.
– He has the nicest body in HOTSHOT.
– He winks a lot and has amazing abs.
– He appeared in Double K’s “랩운동” MV.
– He can play guitar and piano.
– His favorite color is purple.
– He’s very confident.
– His favorite drink is Coke.
– Education: Practical Music, Hanlim Entertainment Arts High School
– Hojung was a participant in “The Unit” (Ranked 3rd and got to debut in UNB)
– When asked, he ranked himself as the best at anything. (The same I said for Yoonsan).
– Hojung’s ideal type: ”To be precise, the kind of style similar to actress Han Yeseul, a girl with a small face and distinct features.”

Who is your HOTSHOT bias? Do you know more facts about them? Feel free to comment below. It can help new fans find more info about them. 🙂 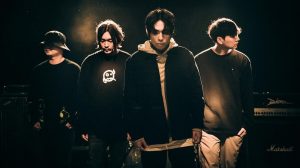 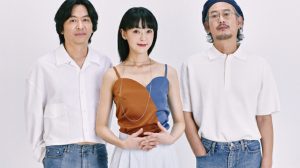 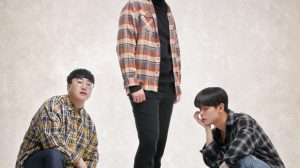