SM The Performance is a collaboration dance unit that consists of artists who are considered to be among the best performers in SM Entertainment. The original lineup performed for the first time in December 2012 with the song “Spectrum” and featured the artists U-Know (TVXQ), Eunhyuk and Donghae (Super Junior), Taemin and Minho (Shinee) and and Lay (Exo). In 2017 Ten (NCT/WayV) was added with his song “Dream in a Dream”. In 2019 Hyoyeon (SNSD), Irene and Seulgi (Red Velvet), as well as Taeyong, Jaehyun, Yuta, Mark  and Haechan (NCT)  performed as part of SM the Performance in SMTown in Tokyo. 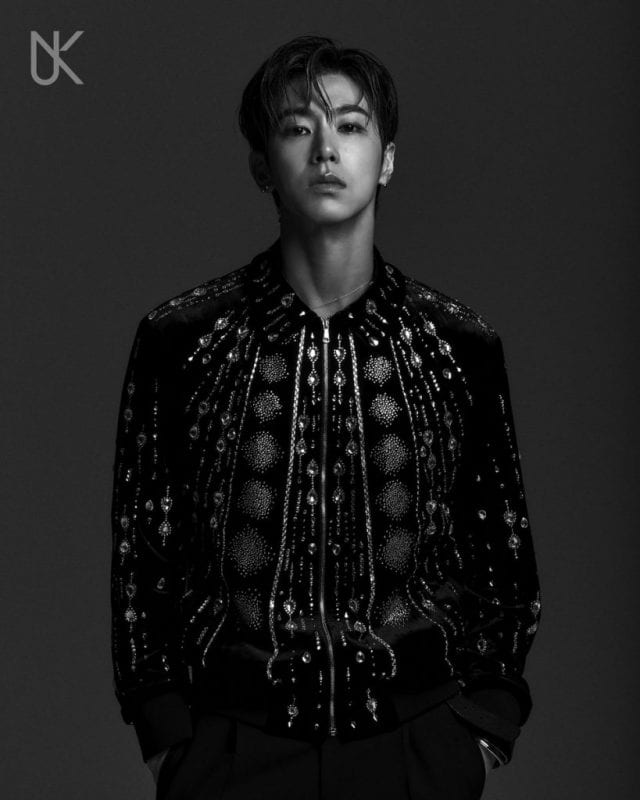 Yunho Facts:
– He was born in Gwangju, South Korea.
– Family: He has a younger sister named Jung Ji Hye
– Hobbies: Music, Reading, Playing sports, Composing music
– He is good friends with Super Junior’s Heechul & Donghae.
– Yunho enlisted on July 21, 2015.
– He was discharged from the military on April 20, 2017.
– Yunho’s ideal type: “I’d like her to be sunny and considerate. It’s because I’d like to lean on her when things get rough. It doesn’t matter if she’s a celebrity or not, but I’d like for her to be understanding of the work I do. In terms of appearance, it will always be Jeon Ji Hyun for me.”
Show more fun facts about Yunho… 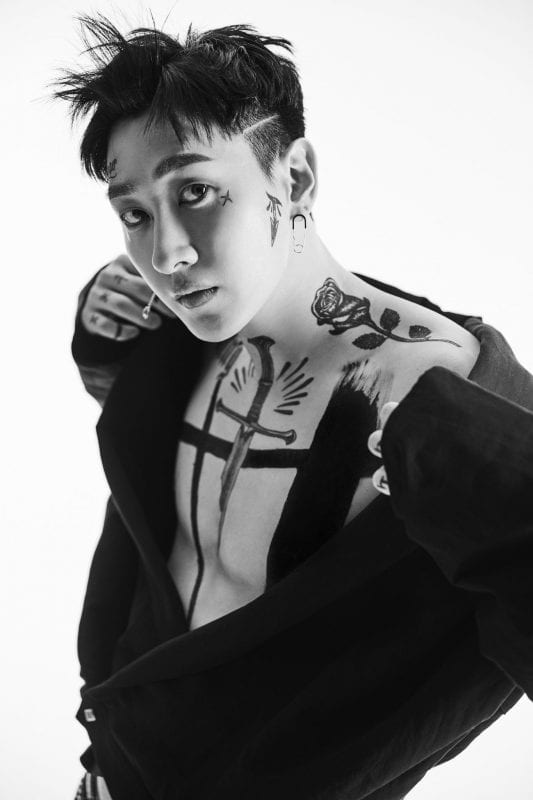 Eunhyuk Facts:
– He was born in Neunggok, Goyang, Gyeonggi, South Korea.
– He grew up in a family who struggled financially.
– In elementary school he started a dance crew, named ‘SRD’.
– Eunhyuk’s best friend is Xiah Junsu (TVXQ/JYJ) They have been friends since childhood.
– He has contributed to the lyrics of several of SuJu’s songs.
– Eunhyuk is said to be the dirtiest (as in unclean) and smelliest member in Super Junior.
– He has his driver’s license and his own car.
– He helps in making the choreography.
– He’s a coach for the Performance team on “Under 19” survival show.
– He is in Super Junior’s sub-unit’s Super Junior-T, Super Junior-Happy, Super Junior-M, and Donghae&Eunhyuk 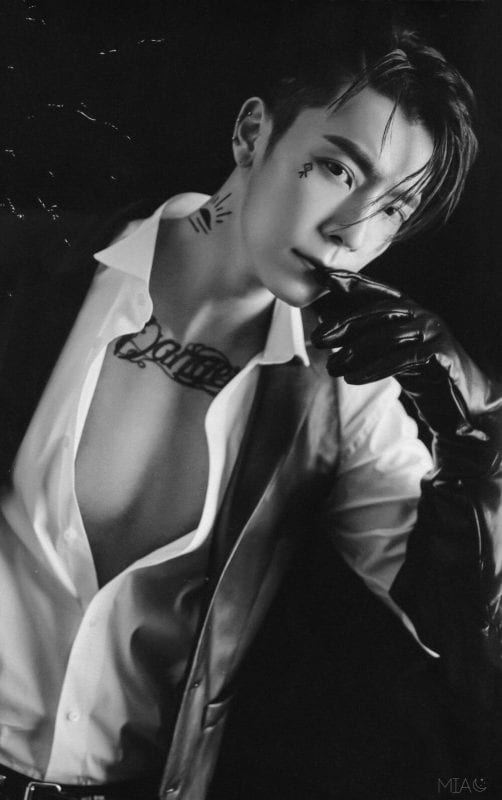 Donghae Facts:
– He was born in Mokpo, Jeollanam, South Korea
– He loves kids and puppies.
– He is scared of ghosts.
– Donghae and Yunho from DBSK came from the same town.
– He wanted to become a professional athlete (soccer) but he had also always loved dancing.
– In 7th grade, Donghae asked his father if he could audition and his father replied “yes” while slipping some money into his hand. Donghae fortunately passed but was forced to move to Seoul and leave behind his family in Mokpo.
– Donghae and Eunhyuk used to share a room. They lived next to a shopping mall. Donghae complained about wanting to go shopping with Eunhyuk who was secretly sneaking out at night shopping by himself. Eunhyuk later said that going out with Donghae attracts too much attention.
– Donghae is very close to EXO’s Sehun and SHINee‘s Minho.
– He is in Super Junior’s sub-unit’s Super Junior-M and Donghae&Eunhyuk. 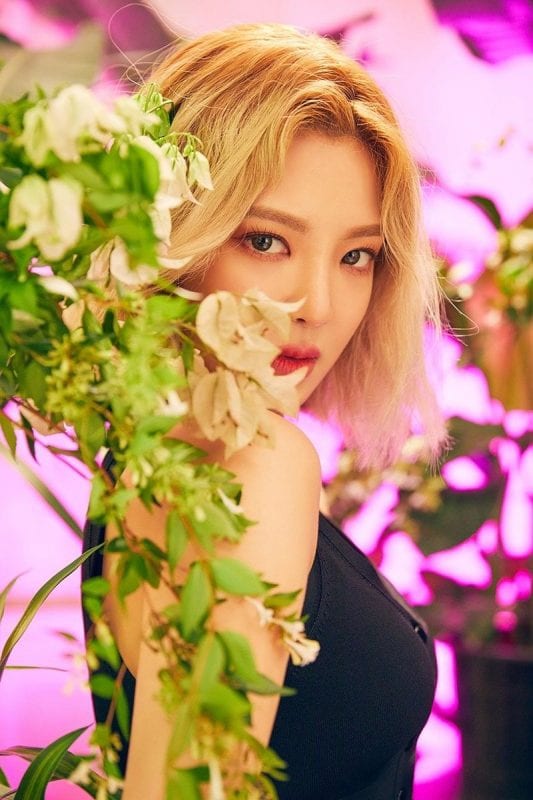 Hyoyeon facts:
– She was born in Incheon, South Korea.
– She has a younger brother, named Kim Min Gu.
– Hyoyeon auditioned for S.M. Entertainment at the age of 11 through SM 2000 Casting System.
– She’s very interested in fashion. She admires a lot the fashionista, Jennifer Lopez.
– Can memorize a dance move/routine by just watching it once or twice.
– She has learned jazz, ballet, hip-hop, belly dancing, popping and locking.
– In 2004, along with Super Junior’s Siwon, she was sent to study Chinese in Beijing.
– Before debuting with Girls’ Generation, she worked with Janet Jackson and was BoA’s silhouette dancer during a performance at M.net KM Music Festival 2005.
– In December 2016, she released her first solo song, titled “Mystery” (via SM Station).
Show more Hyoyeon fun facts… 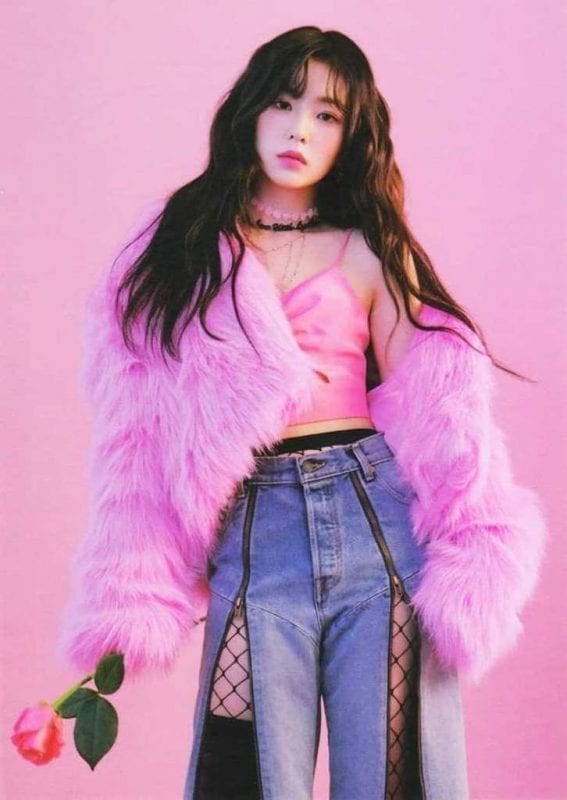 Irene facts:
– Her nicknames are: Baechu, The 2nd Tiffany, Hyun-ah.
– Specialties: Acting, Rapping
– Education: Haknam High School
– She was casted in 2009 through public audition.
– She was a part of the predebut team SM Rookies.
– She was close with f(x)’s Amber when they were trainees.
– Her hobbies are dancing, cooking seaweed soup for the members’ birthdays.
– She was in Henry’s “143” MV and SHINee’s “Why So Serious”
– She also dislikes coffee.
– Irene is ranked 41th on TC Candler “The 100 Most Beautiful Faces of 2018”.
Show more fun facts about Irene… 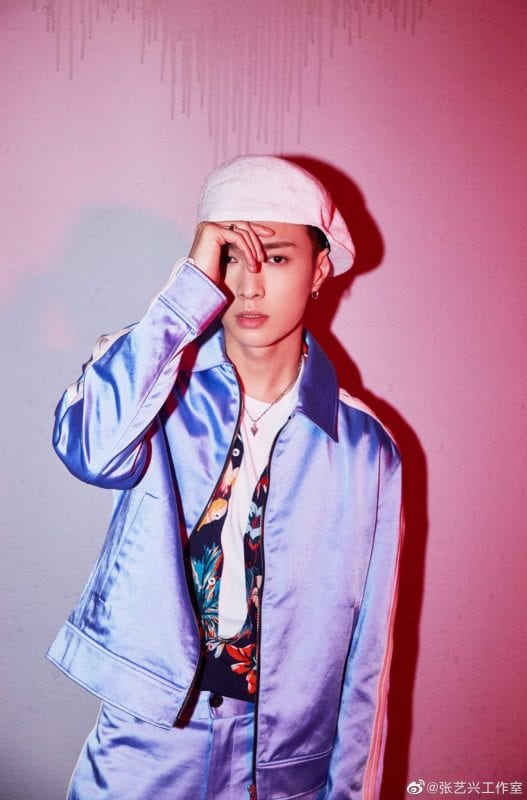 Lay Facts:
– He’s an only child.
– He used to be a local child star in China.
– Education: Hunan Normal University High School
– He became an SM trainee in 2008 when he was 16.
– He speaks Chinese, Korean and English.
– He was supposed to be EXO-M’s leader but it was changed to Kris.
– His favorite foods are tidbits, junk food, anything he cooks.
– He established his own charity foundation entitled “Zhang Yixing Arts Scholarship”.
– Lay didn’t participate in a few comebacks staring with “KoKoBop” promotions with EXO, due to conflict with his promotion schedule in China.
– Lay is first ambassador of Perrier company in China, first ambassador to the Valentino brand, Huawei Nova ambassador, the first ambassador of Milka company, first ambassador of Converse in Asia and the Pacific Ocean.
– He acted in Chinese movies: “Ex Files 2: The Backup Strikes Back” (2015), “Oh My God” (2015), “Kung Fu Yoga” (2017), “The Founding of an Army” (2017)
– Lay is the MC of Idol Producer.
– Lay is ranked 18th on TC Candler “The 100 Most Handsome Faces of 2018”.
Show more Lay fun facts… 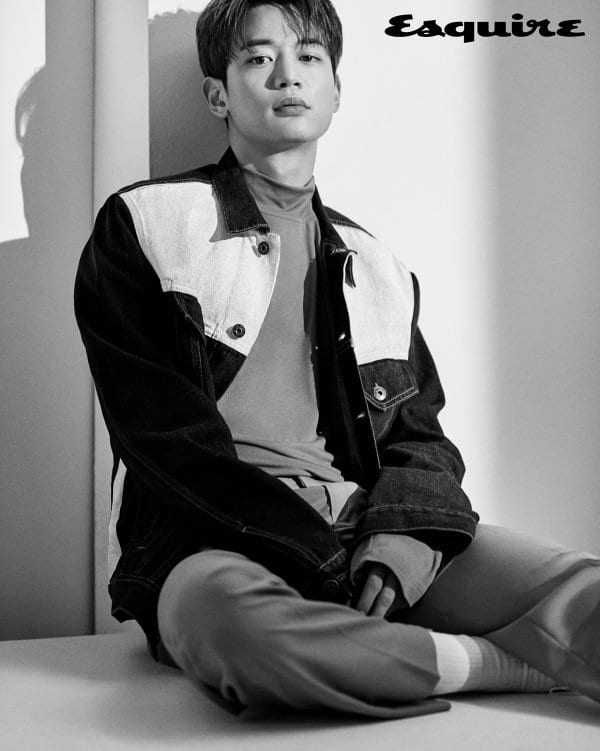 Minho Facts:
– He was born in Incheon, South Korea.
– He has an older brother.
– Education: Konkuk University
– He trained since 2006 S.M. Casting System
– When he was a child he dreamed of becoming a soccer player.
– His hobbies are soccer and basketball.
– Minho is the SHINee member who eats the most.
– He acted in Girls’ Generation’s “Gee” MV.
– He acted in the movies: “Canola” (2016), “Marital Harmony” (2016), “Derailed” (Two Men) (2016), “In Rang” (2018).
– Minho won the New Star Award for his role in the drama “To The Beautiful You” during 2012 SBS Drama Awards.
– Minho attended the ‘Girls Play 2’ campaign at the US Embassy in Korea. He met Melania Trump (US’s first lady).
– In September 2017 Minho received a Special Award at the Indonesian Television Awards 2017 for his acting career.
– In 2017 he was voted as among one of the ‘Sexiest Man Alive’ by Vogue fashion magazine.
Show more Minho fun facts… 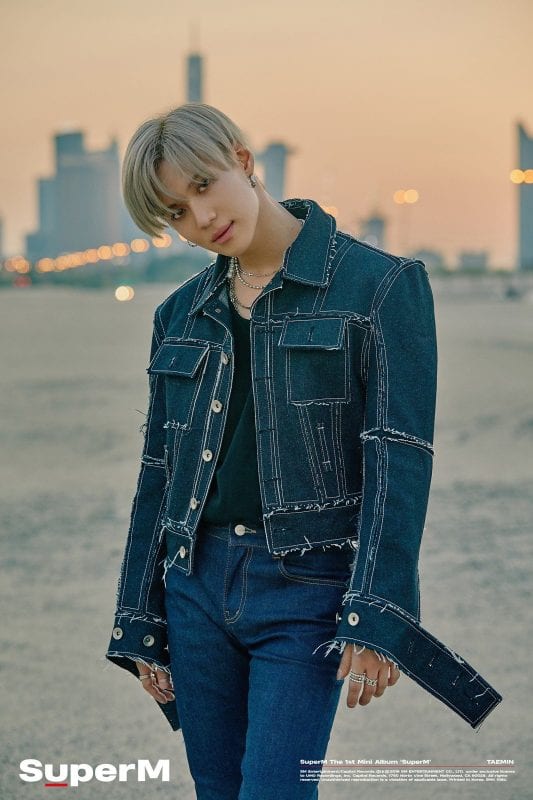 Taemin Facts:
– He was born in Seoul, South Korea.
– He has an older brother.
– Education: Hanlim Multi Art School (he transferred from Chungdam High School); Myongji University (Musical and Film major)
– He trained since 2005 S.M. Open Weekend Audition Casting
– His nicknames are Handy Boy Taemin, Maknae Taemin, Tae, Taememe, Dancing Machine, Taeminnie, Taem.
– He’s considered to be one of the best dancers in K-Pop.
– He can speak Japanese.
– He is Catholic.
– Taemin said he would want to have a collaboration with Kai (EXO) and Jimin (BTS) on his solo album (Singles Sep 2017 Taemin Interview).
– Taemin is close friends with Kai (EXO), Ravi (VIXX), Jimin (BTS), Timoteo (HOTSHOT) and Sungwoon (Wanna One).
– His hobbies are listening to music, dancing and playing the piano.
– Taemin was in “We Got Married” where he was paired with APink’s Naeun.
– Taemin’s albums: “ACE” (2014), “Press It” (2016), “Sayonara Hitori” (2016), “Flame of Love” (2017), “Move” (2017).
– Taemin was a mentor on “The Unit“.
– Taemin’s on the show “Why Not The Dancer?“, where his nickname is Taem.
Show more Taemin’s fun facts… 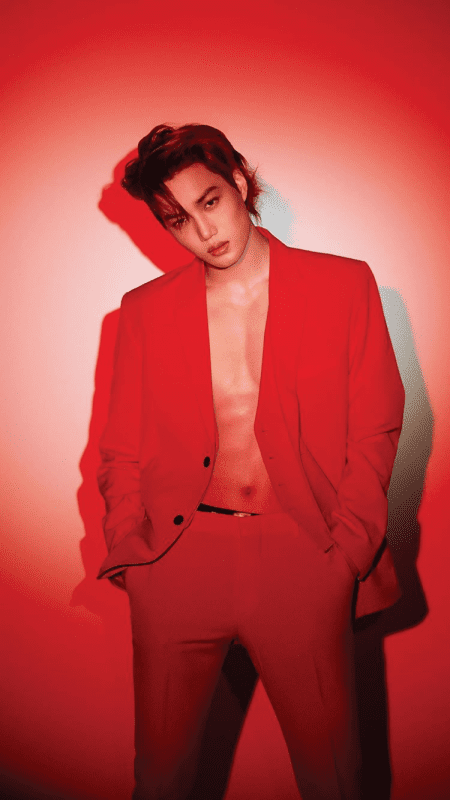 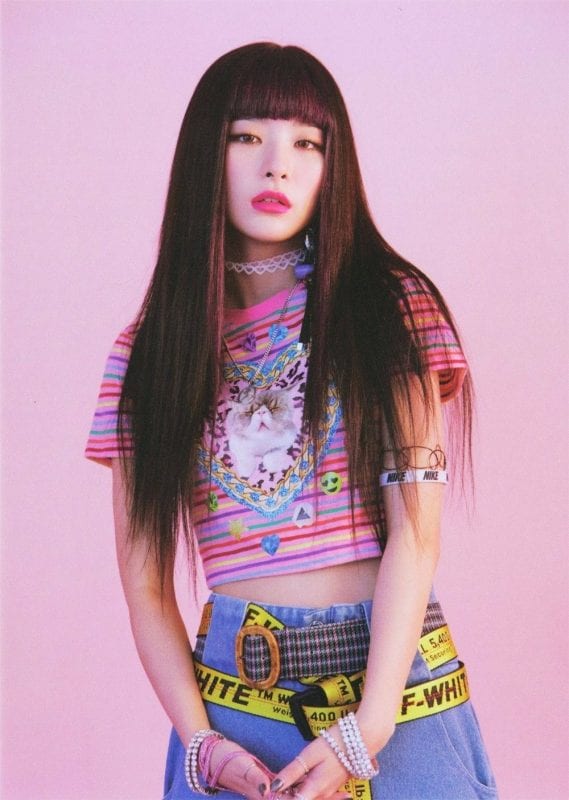 Seulgi facts:
– Her nicknames are: Kkangseul, GomDoli and Teddy Bear
– Education: Byungmal Middle School; Seoul School of Performing Arts
– She was a part of the pre-debut team SM Rookies and was the first member to be revealed.
– She was casted in 2007 through public audition.
– Specialties: Guitar, Japanese.
– Her hobbies are drawing and playing the guitar.
– She is friends with f(x)’s Krystal and Sulli also Super Junior’s Kyuhyun.
– Seulgi is ranked 20th on TC Candler “The 100 Most Beautiful Faces of 2018”.
– She is part of SM Station X girl group project: Seulgi x SinB x Chungha x Soyeon.
– Seulgi’s ideal type: Someone comfortable, laughs a lot and looks pretty when they laugh.
Show more fun facts about Seulgi… 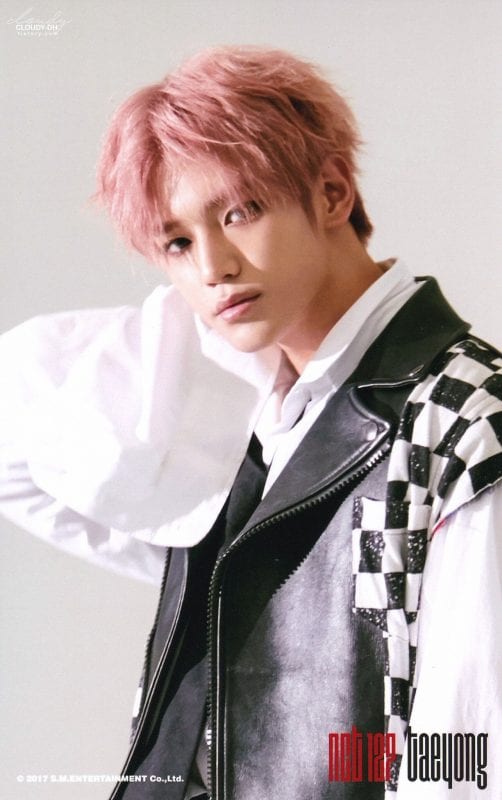 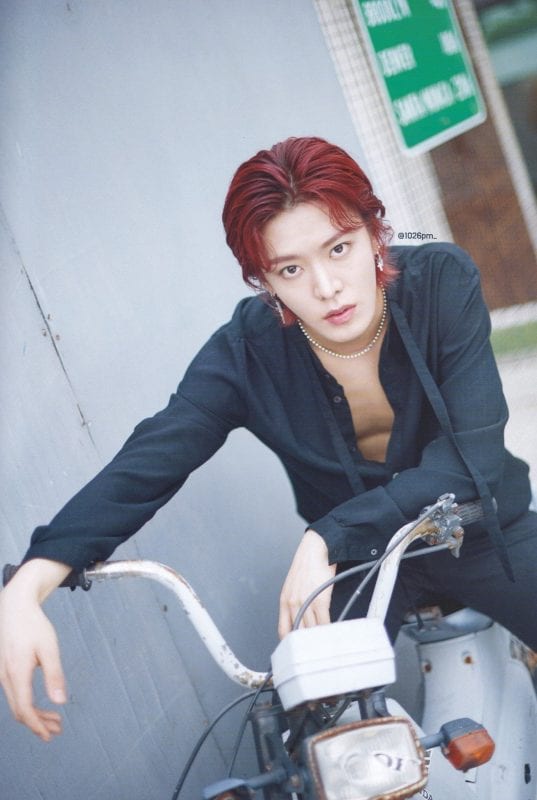 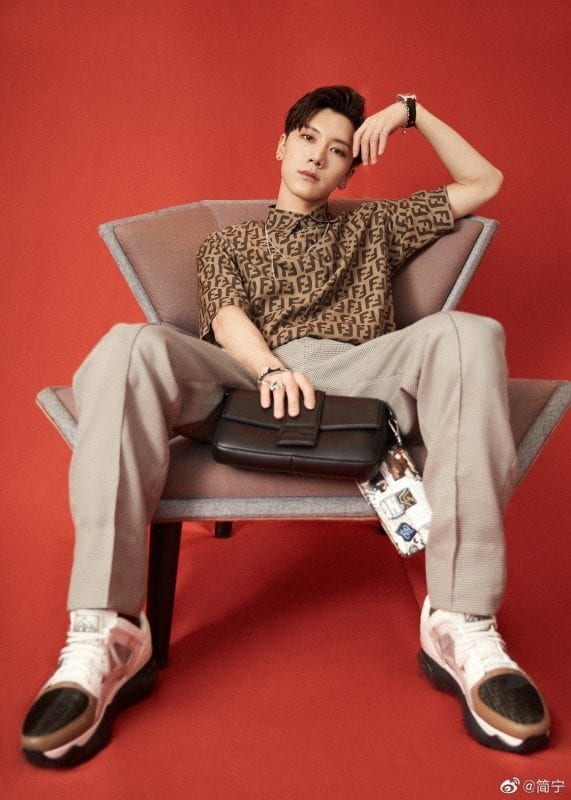 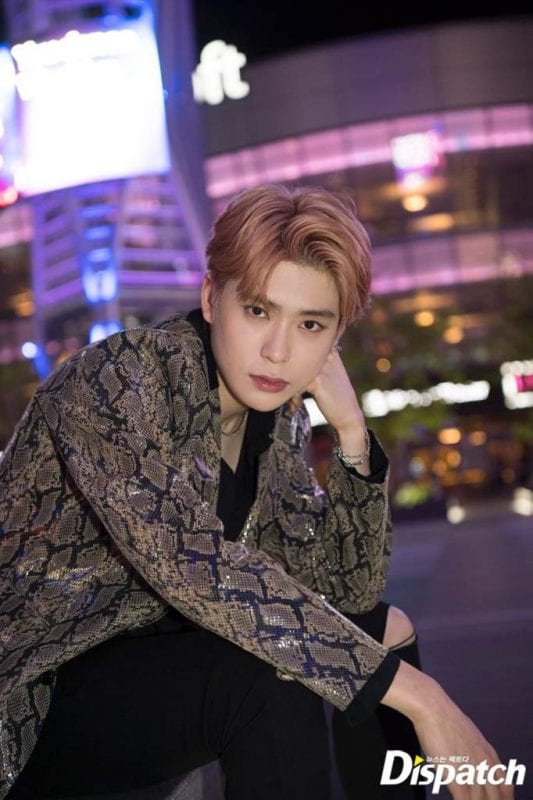 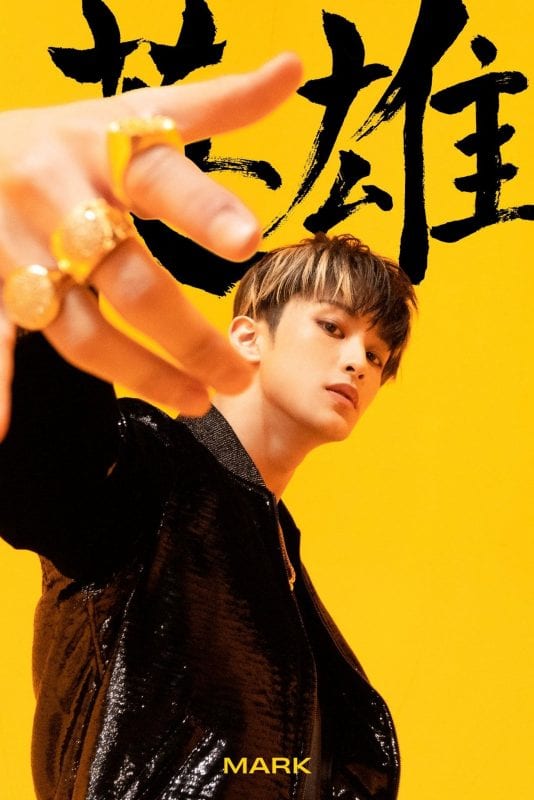 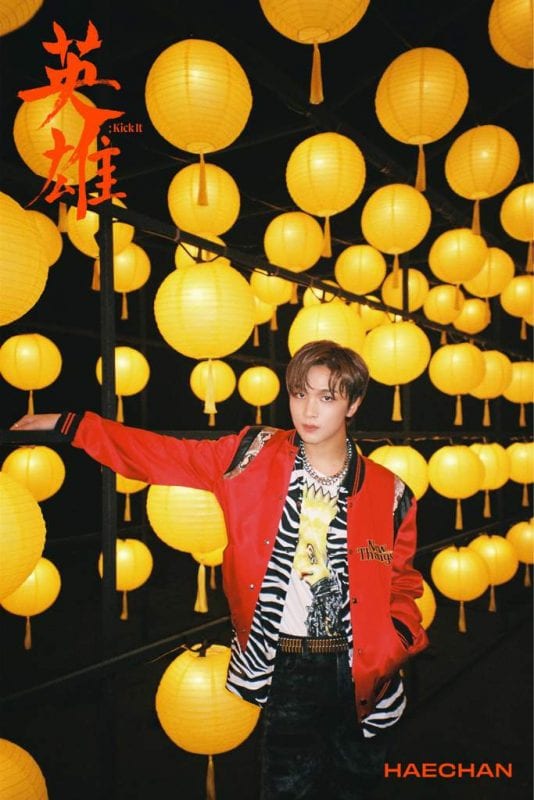 Note 2: The listed positions are based on their Dance position within their own respective groups.

Profile made by Emperor Penguin

Who is your bias? Do you know more facts about them? Feel free to comment below. 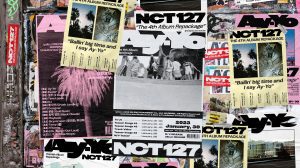 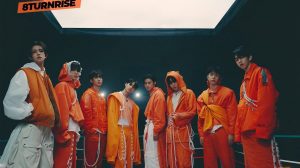 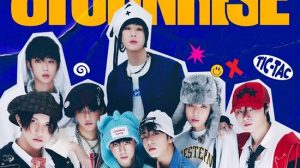