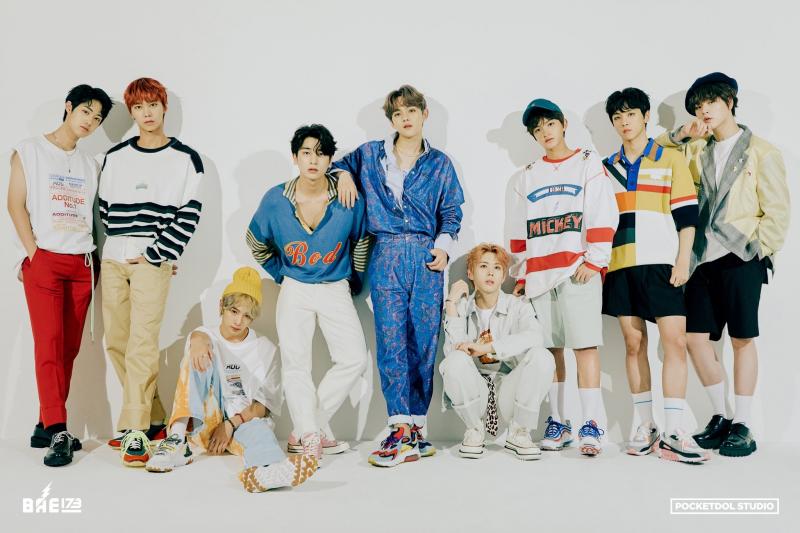 BAE173 is a 9-member pre-debut boy group under PocketDol Studio, a subsidiary label of MBK Entertainment and Interpark. The group consists of: J-Min, Hangyul, Yoojun, Muzin, Junseo, Youngseo, Doha, Bit, and Dohyon. Their name is an acronym for “Before Anyone Else” and includes the number 1 for perfection and the lucky number 73. 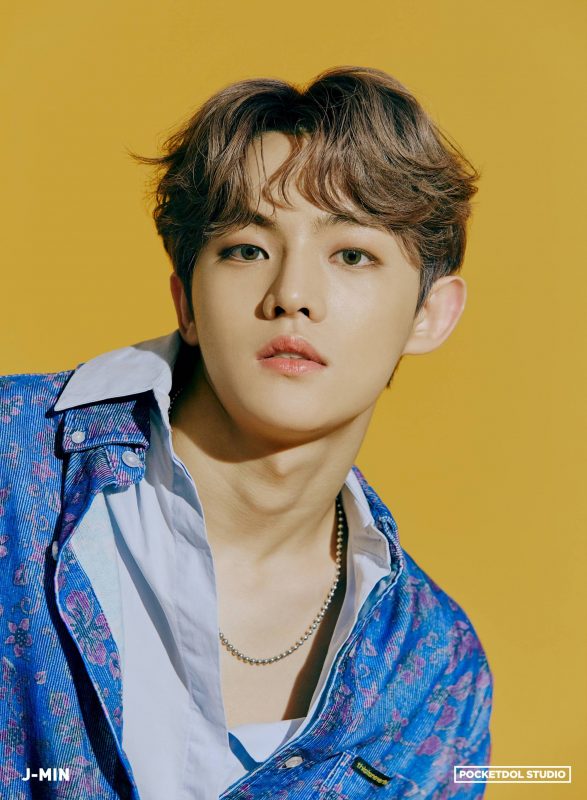 J-Min Facts:
– He was revealed as a member on September 16th, 2020.
– Fans have commented that he resembles BTS‘s V and A.C.E‘s Chan.
– He is a former RBW trainee and a former Goodluck trainee.
– He became a trainee under MBK in August 2020. 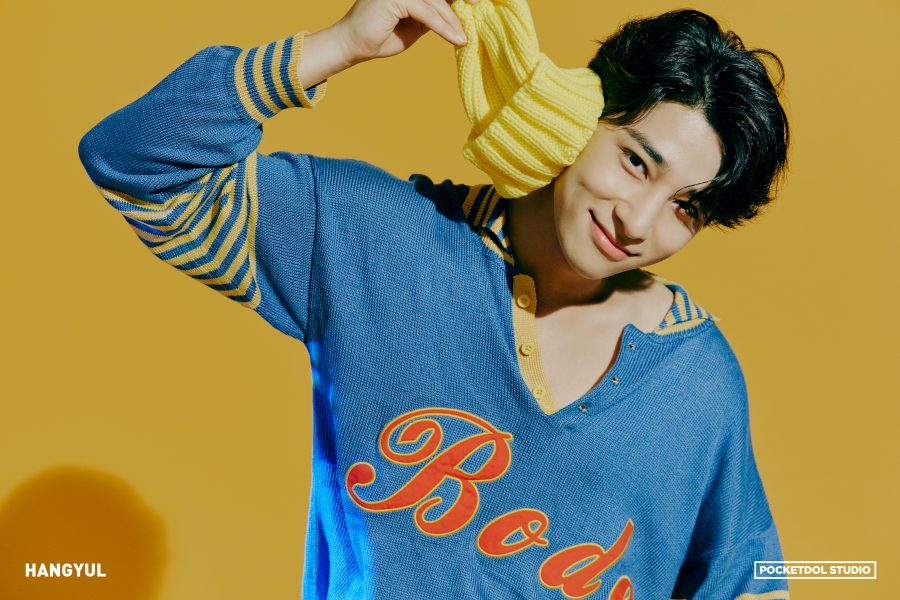 Hangyul Facts:
– He was a participant on The Unit and ranked 13th and he also participated on PDX 101 and ranked 7th place receiving a total of 794,411 votes, allowing him to debut in X1.
– He attended Incheon High School.
– Hangyul was abandoned at birth, but he was adopted at age 7.
– Family: Adoptive mom, adoptive dad, and two adoptive older brothers.
– Hangyul’s brothers are older than him by 15 and 16 years.
– When he was around 6-7 years old, he got his hand caught in a door while playing with a friend and had to have surgery.
– He decided to become a singer to repay his family and friends’ favors.
– Hangyul can’t see long distance.
– Hobbies: Taekwondo, basketball, watching movies, bowling, and doing acrobatics.
– He has done taekwondo for 8 years but ultimately stopped.
–Specialties: Acrobatics, Dancing, spinning balls
– His habits are talking in his sleep, not wearing shoes all the time, wriggling his toes, and sniffing clothing.
– His favorite seasons are Winter and Autumn/Fall.
– His least favorite seasons are Summer because he sweats a lot and Spring because of the bugs, cicadas being the one he hates the most.
– Charming Point: Adam’s apple, small but cute 8-pack.
– His favorite colors are black and fluorescent yellow.
– His favorite song is John Park’s ‘In The Rain’.
– His favorite movies are Avengers and other hero movies.
– He loves to exercise
– His favorite late-night snack is Chinese food.
– He can’t eat spicy foods.
– He was a backup dancer for T-ARA‘s Jiyeon for her song ‘Lullaby’.
– Hangyul was a back-up dancer for Shannon’s comeback stage ‘Hello’.
– In June 2018, he featured in UNB’s “Black Heart” promotions, along with BEATWIN‘s former member Jungha, DIA’s Jueun and S.I.S’s Anne.
– Hangyul has trained for 4 years and 2 months.
– His skills are singing and dancing.
– He is a former member of the group IM.
– Motto: gaining energy from proceeding
– Fans have given Hangul, Seungyoun of UNIQ, and Dohyon the nickname of “Team Rocket” from all of their shenanigans. 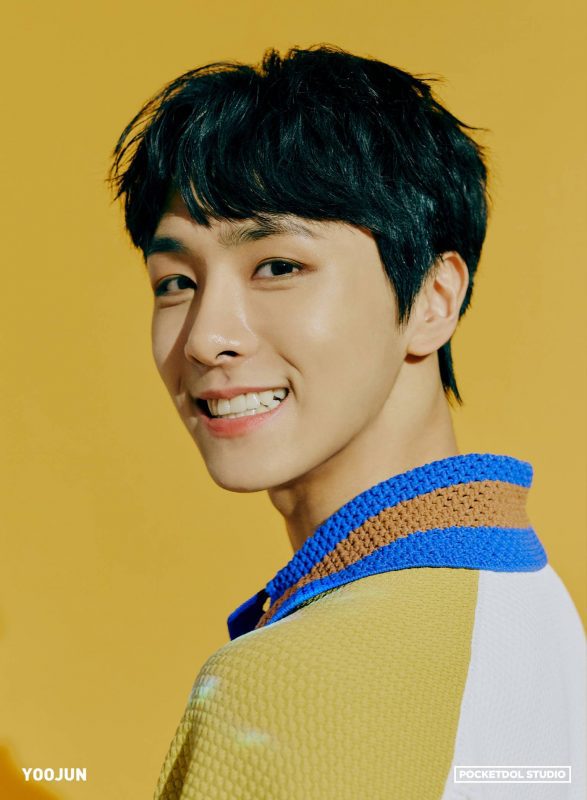 Yoojun Facts:
– He is from Ilsan, South Korea.
– He was revealed as a member on September 18th, 2020.
– He was in the acting department of SOPA. 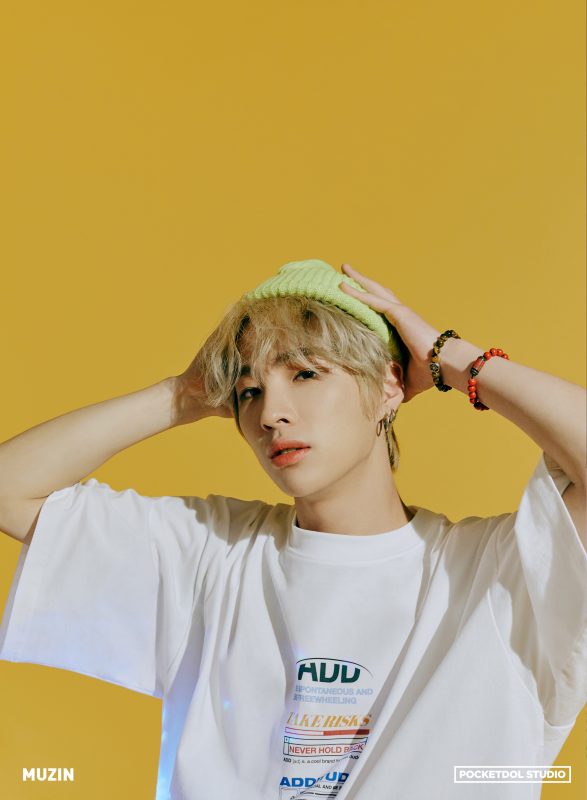 Muzin Facts:
– He was revealed as a member on September 14th, 2020.
– He is a former Source Music trainee.
– He also attended TNS academy before joining with Source Music in 2017. 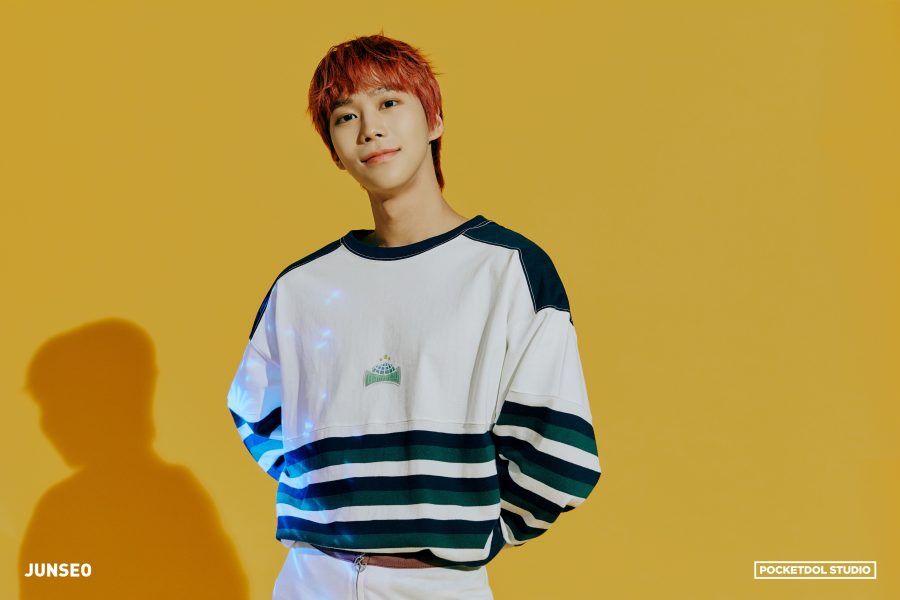 Junseo Facts:
– He was revealed as a member on September 21st, 2020.
– He was a contestant on the show Boys24 (created IN2IT) and he was in the White Unit.
– He is a former Starship trainee.
– He’s well-known for his dancing skills.
– He passed the auditions for A-Cube & LOEN Entertainment.
– He describes himself as the ‘Poppin Boy’. 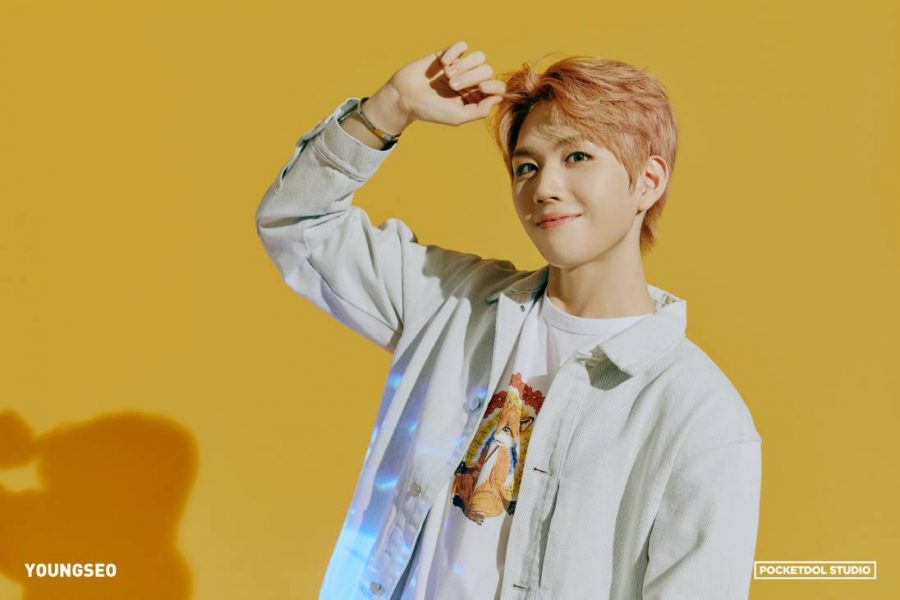 Youngseo Facts:
– He was revealed as a member on September 11th, 2020.
– He is a former Source Music trainee. 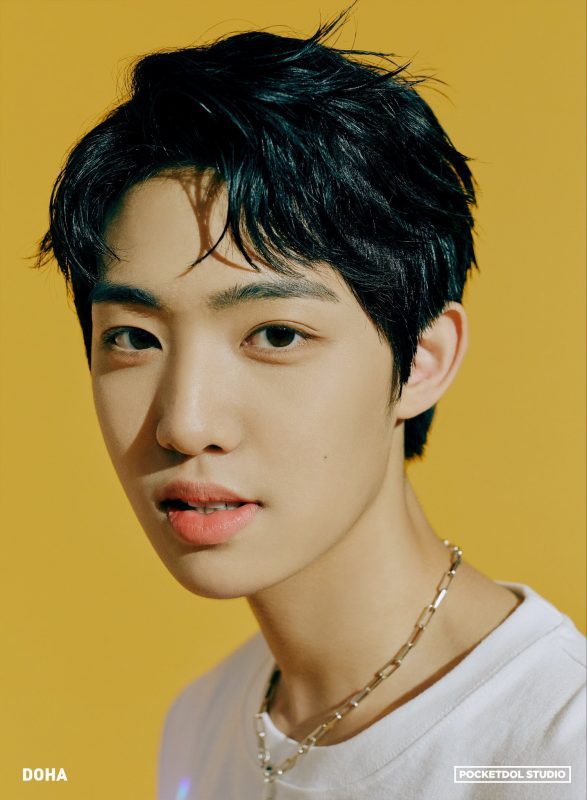 Doha Facts:
– He was revealed as a member on September 9th, 2020.
– He was a well-known child actor.
– His brother, called Woongyeom, is an artbeat dancer.
– He was previously cast by 10 big agencies like SM and BigHit.
– He also had passed the auditions for YG and JYP. 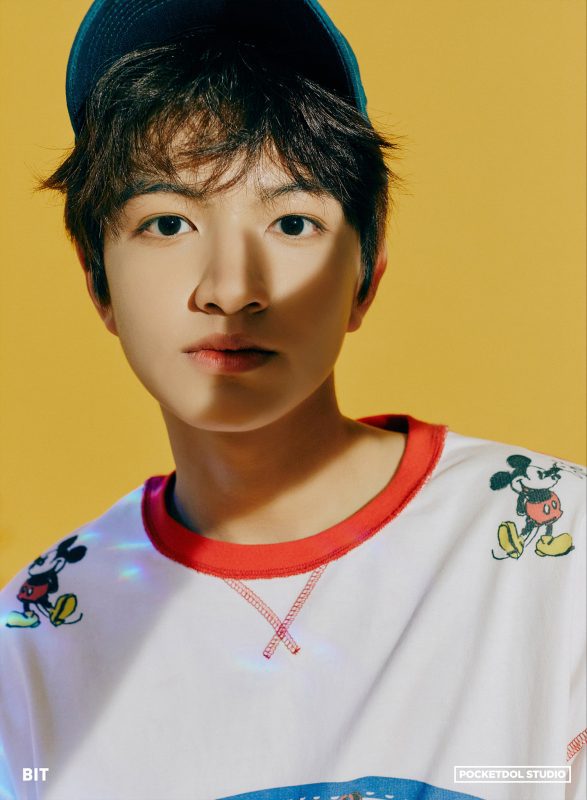 Bit Facts:
– He was revealed as a member on September 7th, 2020.
– Many fans have commented that he resembles actor Lee Minho. 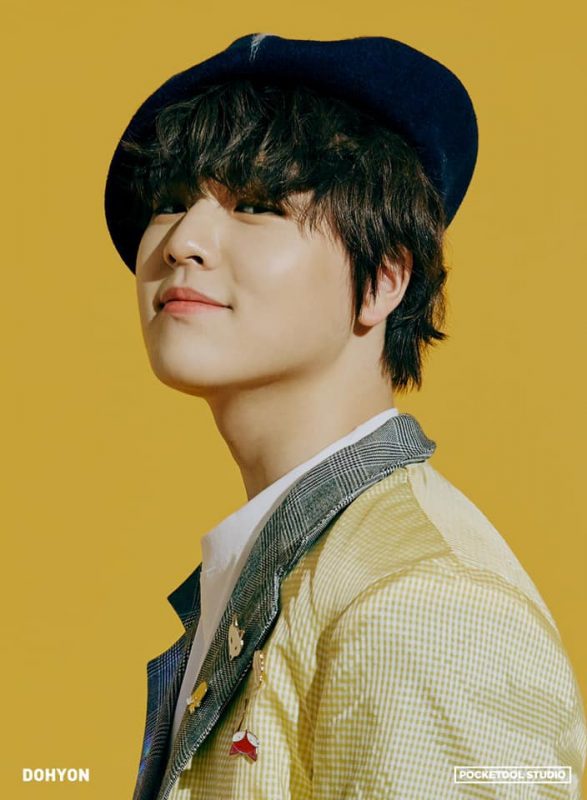 Dohyon Facts:
– Dohyon is from Incheon-si, Gyeonggi, South Korea.
– He has an older brother.
– He studied in Denmark and Japan.
– His talent is rapping.
– He has a very high pitch scream.
– He tends to make sound effects.
– Hobbies: Writing lyrics, composing music, playing the piano and Midi.
– He realized he wanted to become an idol when he had the chance to perform on a stage for the first time.
– He had only been rapping for 3 months prior to the show (PDX101).
– His nickname is ‘Weird Kid’.
– Specialty: Beatbox.
– His favorite food is fried chicken.
– He thinks his TMI is that he doesn’t eat mixed curry.
– If he was the last person on Earth he would lie down on the floor and sleep.
– 3 things he hears often is “Handsome”, “Nice/Kind”, and “You’re a genius.”
– He was a contestant on the survival show Under Nineteen on the rap team but was eliminated in episode 9. He ranked 12th in the rap team, 42 overall.
– He had trained for only 5 months since the start of Under Nineteen.
– His shoe size is 280mm (eu: 44, us: 10, uk: 9.5) (Ep. 2).
– Dohyon can speak English and Japanese.
– Throughout the course of the show, Dohyon was labeled a music genius for his skills at his age and training time.
– Along with his fellow MBK hyungs, Dohyon wanted to help save his company (Ep.1).
– He has been called a rap genius by national producers.
– Doyon ranked 8th on PDX 101, receiving a total of 764,433 votes.
– Fans have given Dohyon, Seungyoun (UNIQ), and Hangyul the nickname of “Team Rocket” from all of their shenanigans.
– He was revealed as a member on September 4th, 2020.

Who is your BAE173 bias? Do you know more facts about them? Feel free to comment below. 🙂 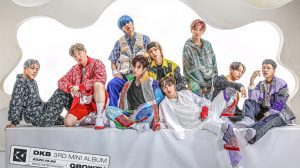 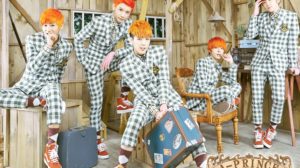 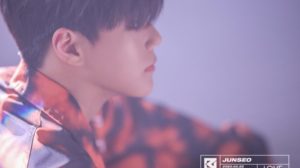 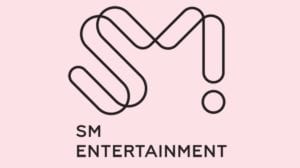 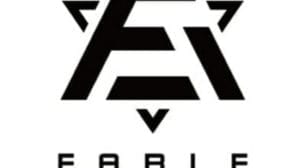