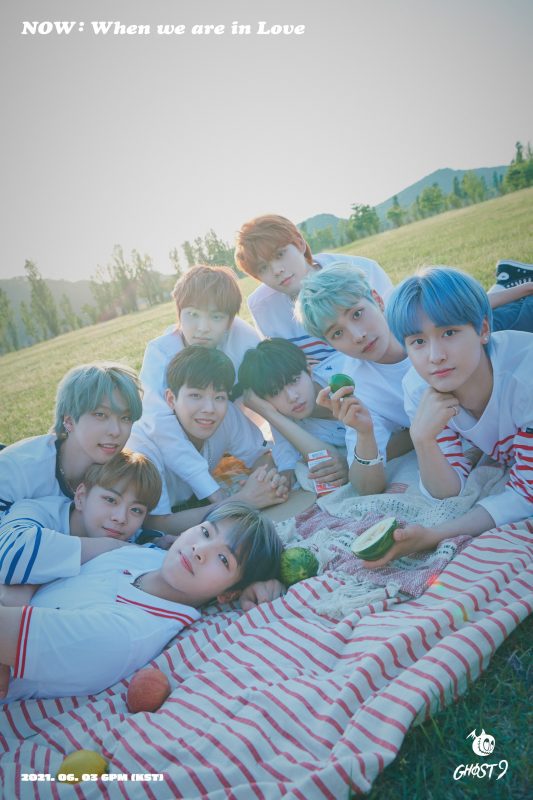 GHOST9 (고스트나인) is a Korean boy group under Maroo Entertainment. They introduced most of the members via Mix Nine and Produce X 101. The group made their debut on September 23, 2020, with their first mini-album “DOOR“. 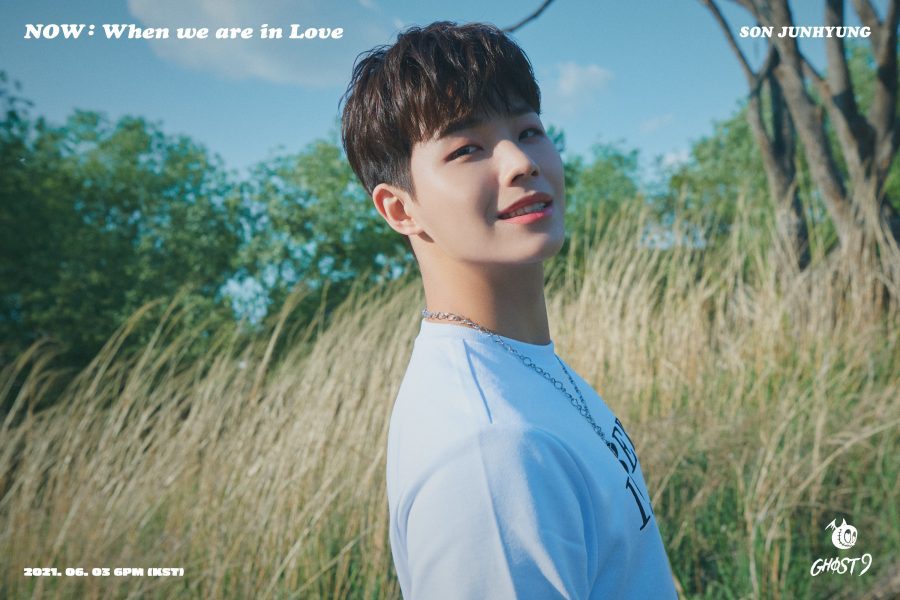 Junhyung Facts:
– He was born in Seoul, South Korea.
– He’s an only child.
– Education: Cyber ​​University
– He was a student of FNC Academy.
– He joined MIXNINE but was eliminated.
– He joined Maroo in February 2017.
– He dances very well as he was a backup dancer.
– He is fluent in English because he watched a lot of YouTube videos and dramas.
– He’s the group’s “determined puppy”. (“Pops in Seoul”)
– His nickname is ‘Pupboo’ (he smiles like a puppy but has a hot body).
– He is usually sweet, but when he practices, he becomes strict and serious.
– His charming points are his wide shoulders, his puppy-like face and his smooth voice.
– His favorite foods are yogurt, protein bars, ramen and yukhoe (beef sashimi).
– He likes spicy food.
– There’s no food he dislikes.
– His favorite cake is the fruit cake, because he loves fruits.
– He’s scared of oysters. When he was young, he was afraid not to eat spoiled oysters.
– His favorite colors are black, white and red.
– His favorite season is autumn.
– His hobbies are sports, taking pictures, and taking a walk while listening to songs.
– He chose Jindo dog as his representative animal.
– His role models are his father and Big Bang‘s Taeyang.
– In the dorm he’s currently sleeping in a large room. 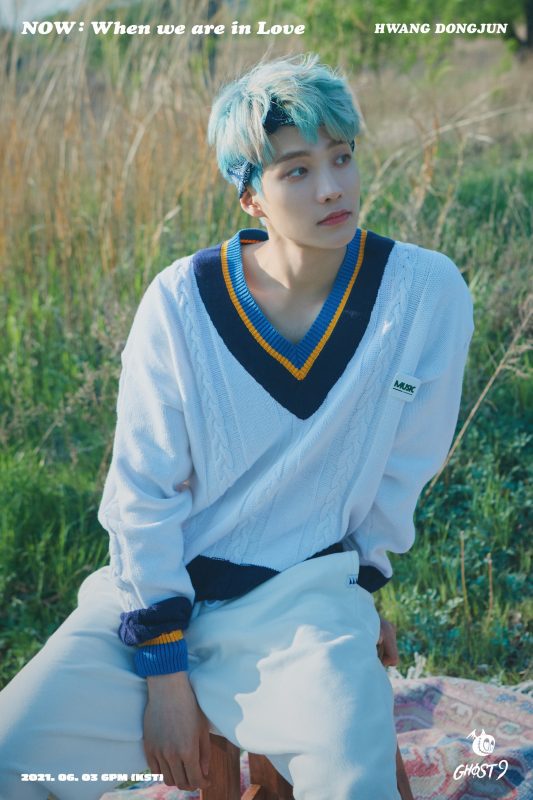 Dongjun Facts:
– He was born in Incheon, South Korea.
– His parents are named Hwang Seongwon and Kim Hyangmin.
– He has a younger sister named Hwang Jimin.
– Education: Global Cyber ​​University (Department of Broadcasting and Entertainment)
– He has a dog named Jjuba.
– His favorite foods are pork belly and yukhoe (beef sashimi).
– He dislikes vegetables (and so does Taeseung, but Dongjun can eat them with meat).
– He especially dislikes green onion, since kindergarten.
– His favorite colors are achromatic colors such as black or white.
– My hobbies are listening to music, watching movies, and playing games.
– His favorite season is autumn.
– He doesn’t talk much, but has a 4D personality.
– He speaks English fluently.
– He chose a dragon to represent himself.
– He is a big fan of BIGBANG, his bias is GD.
– He was a student of Plug In Music and Joy Dance Academy.
– He auditioned MIXNINE but didn’t make it.
– He joined Maroo in August, 2017.
– He debuted as a soloist with self produced song “All I Need Is” in September 7, 2017 as $ept Rabbit on his birthday under PJ Company. His album was physically distributed by Sonic Korea.
– He made a duet with KHAN & The Ark‘s Euna Kim with the song “One Less Lonely Girl”.
– He produced Park Jihoon‘s “Still Love You” and “I AM” from 360° album.
– His role models are rapper GARION, Kendrick Lamar and G-Dragon.
– In the dorm he shares a small room with Shin. 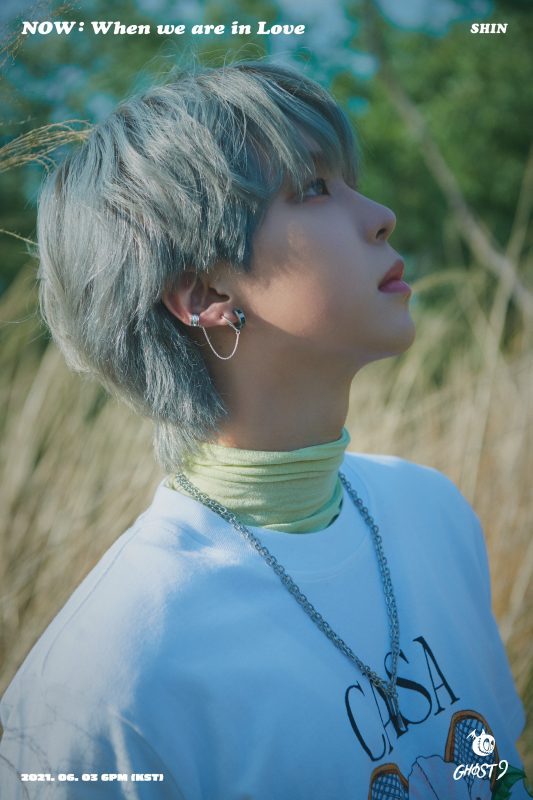 Shin Facts:
– He was born in Seoul, South Korea.
– He has an older sister and a younger brother.
– Education: Cyber ​​University
– He was a former trainee of C9 Entertainment.
– He was supposed to be a member of CIX.
– He joined Maroo in the second half of 2018.
– He was once a part time worker in an hotel serving.
– He’s in charge of dancing, singing, visuals, fashion, proportions and coolness. (“Pops in Seoul”)
– His favorite foods are makchang (grilled beef tripe), chopped ribs, and pork belly.
– The food he dislikes are sesame leaves, beans, red beans, eggplant, and pupa.
– He is not good at eating spicy food.
– His favorite color is black.
– His favorite season is winter.
– His hobbies are watching movies, playing computer games, and searching and watching songs/dance videos.
– His specialties are dancing, baseball, skateboarding, solving 3X3 cubes, and fashion.
– He can pop his thumbs. (“Pops in Seoul”)
– He chose a desert fox as his representative animal.
– His role models are Michael Jackson, EXO‘s Kai, and SHINee‘s Taemin.
– In the dorm he shares a small room with Dongjun. 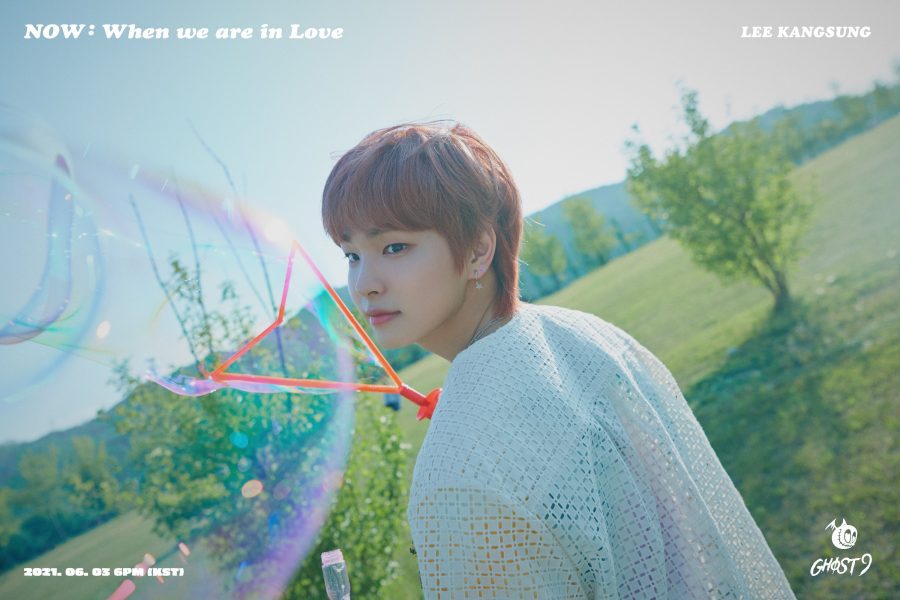 Kangsung Facts:
– He is from Cheonan, Chungcheong, South Korea.
– He has a sister.
– Education: Gyeongin High School (Graduated)
– He was a Joy Dance Academy student.
– He passed the final round audition of ATeam & YGX Entertainment in 2019 before signing with Maroo.
– Has unexpected charms. (“Pops in Seoul”)
– He’s the group’s “squirrel”. (“Pops in Seoul”)
– He’s usually cute with lovable charms but on stage he shows his powerful rap and his power.
-–During high school he was a member of the Floorball Club.
– He has a dog named Mint.
– He is in charge of cooking in the group.
– He likes the Han river.
– He wants to travel a lot.
– His favorite foods are hamburgers, assorted tripe with cheese on top, oysters, and spicy food.
– He dislikes tofu.
– His favorite color is baby pink.
– His favorite season is autumn.
– His favorite movie is “Ratatouille”.
– His hobbies are basketball, watching busking, riding bicycles and watching Netflix.
– He chose the fox as his representative animal.
– His role models are ZICO and rapper Aminé. 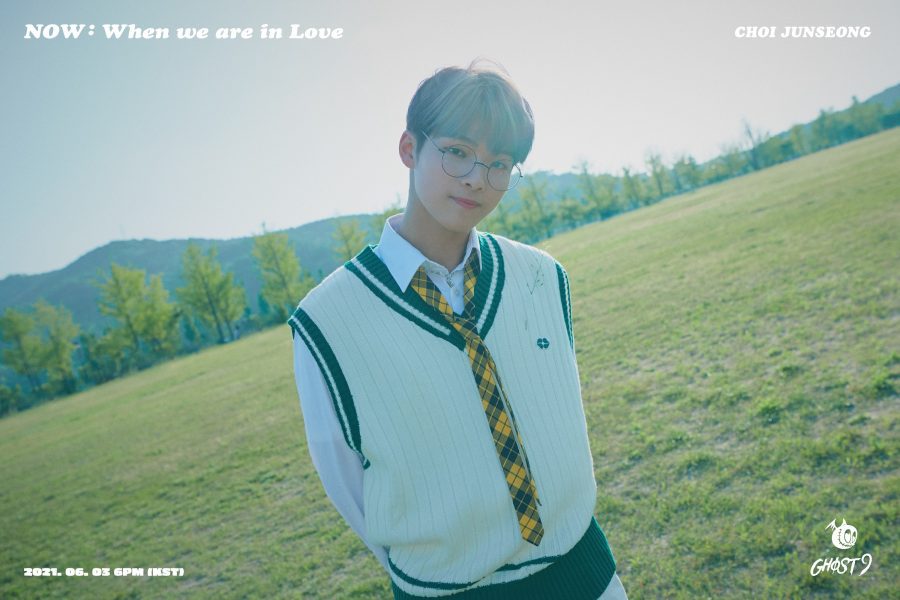 Junseong Facts:
– He was born is Seoul, South Korea.
– He has a younger sister.
– He is a former Jellyfish trainee.
– He joined Produce X 101.
– He is the mood maker of the team.
– His favorite foods are sushi, sashimi, and crucible soup.
– He loves carbonated drinks.
– He dislikes spinach and steamed monkfish.
– His favorite colors are blue and sky blue.
– His favorite season is autumn.
– His hobbies are studying languages, watching animations and dramas, and collecting figures.
– His skills are singing, dancing, playing the piano.
– He is a former Joy Dance Academy student.
– He gets the choreography first. Members called him ‘Super main dancer’. (201010 interview)
– He is the last member to join the line-up. (201008 Twitter BlueRoom)
– He likes soccer and thinks he’s good at it. (“Pops in Seoul”)
– His favorite soccer team is Paris Saint-Germain FC.
– He can speak a little bit of Japanese.
– He has acrophobia (fear of heights).
– He chose the rat as his representative animal.
– He and CRAVITY‘s Seongmin went to the same elementary school, middle school and high school, but they didn’t know each other.
– His role models are EXO, Taemin and Crush. 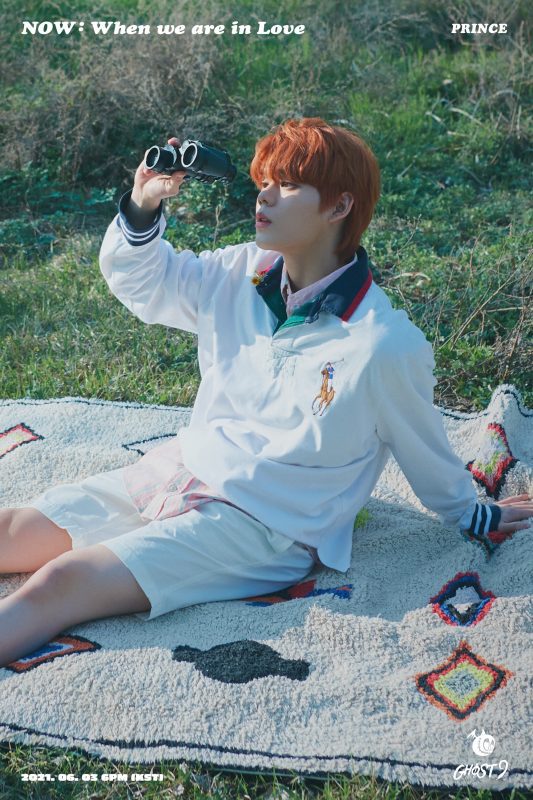 Prince Facts:
– He has 2 brothers.
– Education: Concordian International School
– He can speak Thai, Chinese, English and Korean.
– He studied at the crescendo school of music.
– He is shy and quiet around strangers, but in front of the members he talks a lot and makes a lot of jokes.
– His favorite food are sweet food (especially cookies), shaved ice, ice cream, sushi and chicken.
– His favorite Thai food is Pad Thai.
– He loves spicy food.
– He dislikes fruits, he doesn’t eat almost any fruit except for tangerines.
– His favorite colors are blue and black.
– His favorite season is winter.
– He loves being alone.
– His hobbies are watching movies, playing the piano, drawing pictures, and playing with dogs.
– He can play the piano well.
– He chose a deer as his representative animal.
– He has acrophobia (fear of heights).
– His role models are BTS. 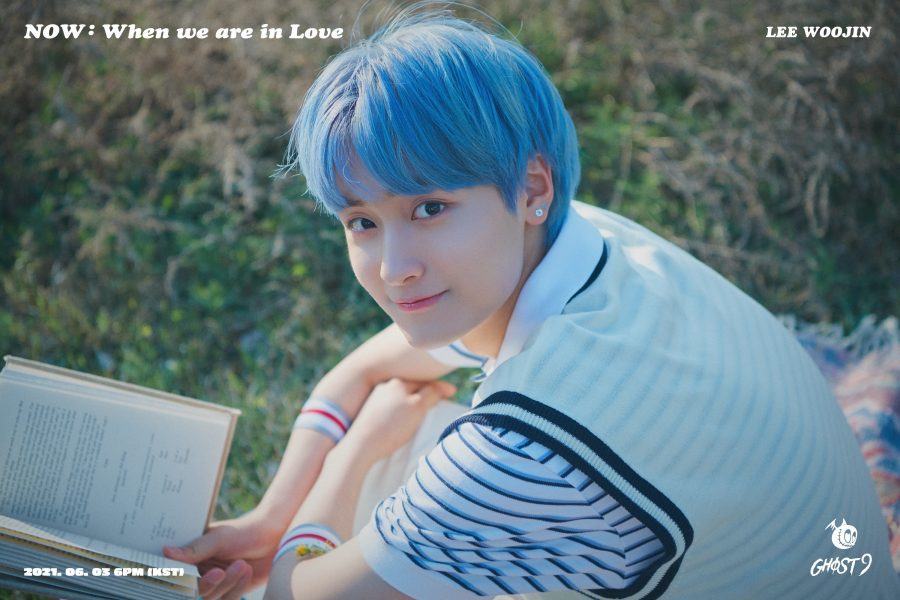 Woojin Facts:
– He was born in Seoul, South Korea.
– He has an older sister and a younger brother.
– Education: Eonnam High School
– Lee Woojin has trained for 9 months.
– He has a quiet personality.
– His nickname is ‘Woojik(simple and honest)gi’, reason being he wrote his gaming nickname wrong.
– His favorite food are pizza, chicken, and yukhoe (beef sashimi).
– He loves fruits.
– The food he dislikes is broccoli, eggplant, pupa.
– His favorite colors are sky blue and black.
– His favorite season is autumn.
– His hobbies are watching movies, playing games, listening to music, reading, and playing soccer.
– He is really good at playing soccer.
– His favorite soccer team is Manchester United.
– He said he would have become a physical education teacher if he hadn’t been an entertainer.
– A dream he’d want to achieve is to travel around the world.
– He chose a cat as his representative animal.
– He debuted with a project group called TEEN TEEN under Maroo Entertainment.
– He joined Produce X 101 but was eliminated.
– His role models are HIGHLIGHT and TVXQ‘s Yunho. 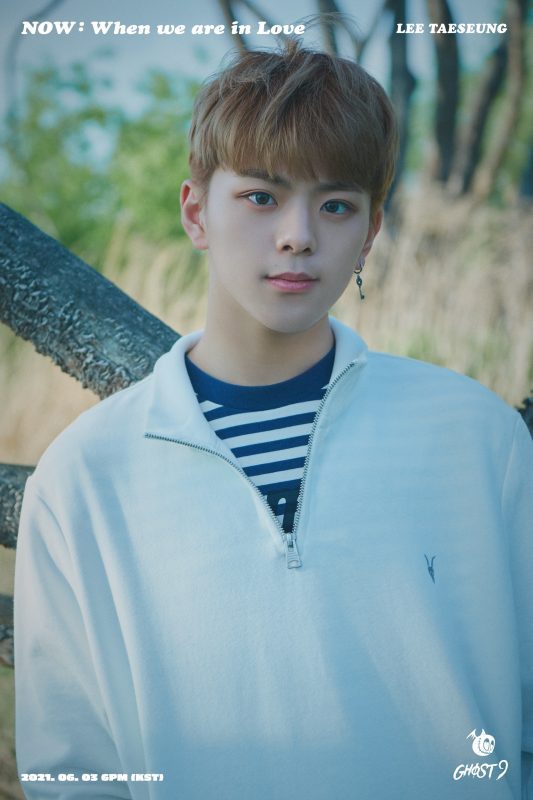 Taeseung Facts:
– He was born in Seoul, South Korea.
– He has 2 younger sisters.
– Education: Apgujeong High School
– He has trained at Maroo Entertainment for 3 months.
– He’s the tallest member.
– He debuted with a project group called TEEN TEEN under Maroo Entertainment.
– He joined Produce X 101 but eliminated.
– He is a reptile lover. He owns a pet snake, turtle, lizard, stag beetie, rhinoceros beetie, and around 100 fishes. He also has a room for them.
– Beside reptiles, he also likes insects. (“Pops in Seoul”)
– His favorite foods are tteokbokki, sashimi, beef entrails, beef ribs, fried chicken skin, and fried fish cakes.
– He dislikes vegetables.
– He’s the only member who likes mint chocolate flavor; in fact, he said “he has a license of being the mint chocolate lawyer”.
– His favorite colors are blue and black.
– The color he dislikes is red.
– His favorite season is winter.
– He likes thriller movies.
– His hobbies are playing games, dancing, singing, studying reptiles, studying fashion.
– His skill is singing.
– He chose the Golden Retriever as his representative animal.
– His role models are NCT‘s Taeyong, SHINee‘s Taemin, and BTS‘s V. 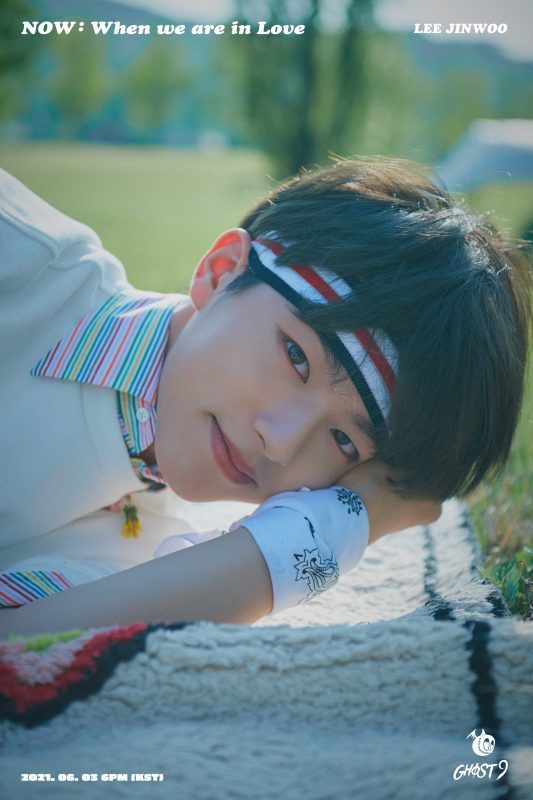 Jinwoo Facts:
– He was born in Cheongyong-ri, South Jeolla Province, South Korea.
– He has an older sister.
– Education: Hanlim Multi Arts School.
– He has trained for only 5 months.
– He has a lot of aegyo and a lot of cuteness.
– He debuted with a project group called TEEN TEEN under Maroo Entertainment.
– He joined Produce X 101 but eliminated.
– He is hardest to wake up. Members said he sleeps a lot. (201010 interview)
– He doesn’t have a lot of confidence. (“Pops in Seoul”)
– His favorite food are rice, bossam (Korean Boiled-Pork Wraps), grilled beef tripe, caramel popcorn, cereal, bread, bubble tea, and ice cream.
– He dislikes food is mushroom and kimchi.
– His favorite animal is the French Bulldog.
– His favorite colors are black, white and ocher.
– His favorite season is winter.
– He doesn’t like karaoke.
– His hobbies are listening to music, watching movies, and watching soccer.
– His special skills are dancing, playing volleyball, playing soccer.
– His favorite soccer team is Tottenham.
– His representative animal is a puppy.
– He is close friends with H&D‘s Dohyon and MCND‘s Win.
– His role models are Park Hyoshin and SEVENTEEN‘s Hoshi.

Who is your GHOST9 bias? Do you know more facts about them? Feel free to comment below. 🙂 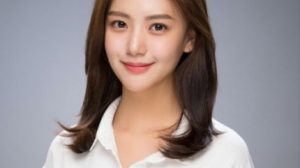 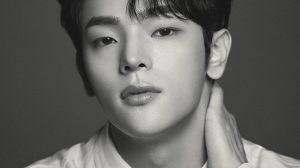 Stray Kids: Who is Who?

hello y'all! i go by the name of haena (voilà) from kprofiles editors. this is my new profile, if i have any mistakes pls comment below!