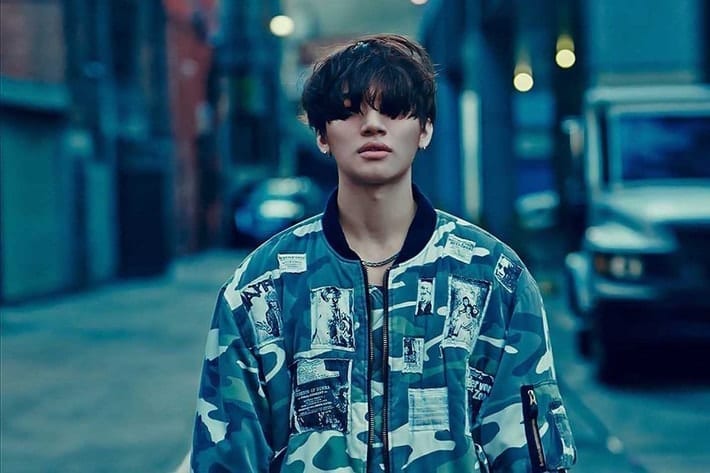 Daesung (대성) is a solo singer and member of the South Korean boy group Big Bang.

Daesung facts:
– His hometown is Incheon, South Korea.
– He has one older sister named Bora.
– “Smiling Angel” is one of his nicknames.
-His position in Big Bang is as Lead Vocalist.
– Daesung was the third member to be picked for the Big Bang lineup.
– In 2011, while Daesung was driving to his parents home at night, he noticed a taxi pulled over to the side of the road. While driving past, he ran over a man lying in the road from a previous accident. The man ended up passing away, and Daesung was felt incredible sadness.  He ended all of his idol appearances for the rest of the year. Instead he went to church and rested.
– Singer Gummy is one of his close friends.
-He made his solo, Korean debut with the trot song “Look At Me Gwisun” on June 16th, 2008.
-He made his solo, Japanese debut with the album “D’scover on February 27th, 2013.
-Most of his solo discography is Japanese.
-Daesung releases all of his Japanese solo music under YG’s sub label YGEX.
– Daesung really likes “Doreamon”.
– One of his skills is playing the drums. (Sober MV and behind the scenes)
-He is under YG Entertainment.
– Something he doesn’t know how to do is swim.
– Sushi is one of his favorite foods.
-In 2009 he was in a car accident which resulted in him breaking his nose and injuring his back.
-He is currently the youngest member in Big Bang.
– If he had to pick a member to date if he was a girl, he would pick T.O.P.
– Daesung is extremely popular in Japan. They consider him sexy and a bad boy (as stated in Big Bang’s appearance on Happy Together).
– In Japan, he sold molds of his nose.  People use his nose shape to make jelly and rice balls. (as said in BIG BANG’s appearance in “Happy Together”)
–On the variety show “Family Outing”, Daesung was a main cast member.
– He also appeared in the variety show “Night After Night”.
– Daesung acted in the drama “What’s Up”.
-He played the role of Sammy in the animated film “A Turtle’s Tale: Sammy’s Adventures”.
– He was in an adaptation of the musical “Cats” as The Rum Tum Tugger.
-He is currently the youngest member in Big Bang.
-In 2008 he studied post-modern music at Kyung Hee University.
-He is a devout Christian.
-In 2019, one of the building s Daesung had previously purchased was found to be operating illegal businesses. He was later cleared of any charges when it was found that he was not aware of the acts.
-He was the second foreign artist to have two number one consecutive albums in Japan.
-When Big Bang did a parody of the drama “Boys Over Flowers” he played a school girl and an evil stepmother.
-He was the first kpop artists to hold a Japanese solo concert with over 100,000 fans.
-Because his parents were opposed to the idea of him becoming a singer as a child, he left home for a week.
– He uses the stage name D-Lite when doing Japanese promotions.
-He used to be an MC for “Music Core”.
-Before he debuted in Big Bang he had a horrible sense of style.
-He takes very good care of his skin.
-He is the only Big Bang member who’s stage name is the same as their real name.
-After debut he suffered from vocal nodules and stage fright.
-Daesung was hesitant to release his trot music, because he feared tainting Big Bang’s image.
-In middle school he played soccer and practiced taekwondo.
-His first kiss was with his 9th grade girlfriend in the cafe.
-He frequently exercises and has his own personal trainer.
-He realized he wanted to become a singer after hearing a Stevie Wonder song.
-Before he perused music he wanted to become an MC, a baseball player, and a priest.
-He knows the dances to some Twice and IOI songs.
-He can be seen playing the drums in Big Bang’s “Sober” music video.
-His favorite karaoke song is “With Me” by Wheesung.
– Daesung enlisted in the military on March 13th, 2018.
– He was discharged on November 10th, 2019.
-He was discharged the same day as fellow bandmate Taeyang.
– Daesung’s Ideal Type: A woman who is a good talker, but they don’t wear mini-skirts, since it would worry him. Also, he’d like a woman who can understand his career as an idol.  He stated, “I’d like to be able to lean on her for support, and whether she’s older or younger than me, I’d like for her to be able to console me and give me strength when we’re together”. 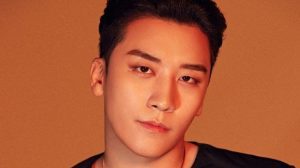 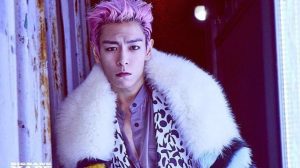 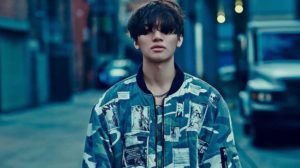