Zhu Zhengting (NEXT) Profile and Facts

Zhu Zhengting (朱正廷) is a member of Chinese group NEXT (乐华七子) (formerly known as Nex7), and project group NINE PERCENT (百分九少年), which has since disbanded.

Zhengting Facts:
– He was born in Anhui, China.
– In 2014, he was admitted to Shanghai Theater Academy as the first Chinese dancer major. In the same year, he won the first Chinese Dance Theater Competition of National Vocational Vocal Skills Competion.
– His English name is Theo Zhu (formerly Austin Zhu)
– He’s very flexible.
– Zhengting has 3 dogs: Wubaiwan, Fuli, and Guoba.
– He also owns 5 cats: Louise, Shiyi, Pipi, Yuumi, and DD (even though he is allergic to them)
– Zhengting has one tattoo on his hip.
– He is fluent in Mandarin and Korean.
– He became a regular guest on《挑战吧！太空》(a Youku show) in November 2018
– Hobbies: Dancing, singing, swimming, watching movies and reading novels.
– He’s a judge on “China’s The Greatest Dancer” (舞者)
– He doesn’t like/doesn’t eat raw fish.
– Zhengting appeared on the variety show “Fantasy Restaurant” together with fellow members Justin, Xinchun, and Wenjun.
– Zhengting has a room to himself.
– His motto: “The curtain to life’s stage can be open any time, the key is your willingness to perform or choose to avoid it”.
– He became a trainee under Yuehua Entertainment in 2015.
– He acted in “The Lonely Beast” (孤独的野兽) with fellow NEXT member Bi WenJun
– On December 21, 2018, he released his first single “THE WINTER LIGHT” (冬日告白), and on September 23, 2019, he released his first mini album “Chapter Z”.
– 70 thousand copies of the mini album “Chapter Z” was sold in the first 3 minutes, more than 100 thousand copies were sold in less than 10 hours, sales reached $700 thousand, and 26 days from the release of the album, sales broke $10 million.
– He acted in the love movie “The Taste of First Love” (初恋的滋味) together with Cosmic Girls’ (WJSN)/Rocket Girls’ Wu XuanYi (吴宣仪) and UNIQ’s Zhou YiXuan (周艺轩)
– He sang “Green Christmas” as Yue Shi Feng Yin’s green christmas ambassador (悦诗风吟绿色圣诞节爱心大使).
– His nickname is Pig because he loves eating and his surname “Zhu” has the same pronunciation of pig in Chinese.
– Training period: 1 year and 8 months.

(Idol Producer)
– iQiyi’s survival show Idol Producer — ranked 6th with 11,938,786 votes, which placed him in the final lineup. (ep. 12)
– He got Class A for the first talent evaluation. (ep. 2)
– He was very close to being the center for the title song “Ei Ei”, only missing Cai XuKun by 2 votes. (ep. 3)
– For the 2nd challenge, he was in charge of vocals in PPAP Team A, and got 131 votes from the live audience, the highest in the group. (ep. 4)
– For the song PPAP, his team won, so all the members had an additional 10,000 votes added to their total number of votes. After adding all the votes, he was 2nd overall, with 10131 votes, missing 1st place (Chen LiNong) by 79 votes. (ep. 4)
– He was ranked 5th in the 1st round of elimination, where only the first 60 trainees could remain in the show. (ep. 5)
– For the 3rd challenge, he performed Lay Zhang’s “Sheep” together with TANGRAM’s Lin ChaoZe and others, and once again, he got the highest number of votes (351), and his team won again, earning himself an additional 50,000 votes. (ep. 7)
– He was ranked 1st in the dance category, with 50,351 votes, and earned himself an additional 100,000 votes, pushing his total number of votes to 150,351. (ep. 7)
– He was 2nd for overall ranking, missing 1st place (Fan ChengCheng) by 17 votes. (ep. 7)
– He was ranked 7th in the 2nd round of elimination, where only 35 trainees can stay in the show. (ep. 8/9)
– For the concept evaluation, where the trainees are the original singers of the songs, Zhengting performed the song “Dream” and got 64 votes, placing him 2nd in the team, missing 1st place (Justin) by 15 votes. (ep. 9)
– Zhengting ranked 7th for the 3rd round of elimination, where only 20 trainees will remain. (ep. 10)
– For the collaboration stage with the mentors, he performed “Quit Smoking” (戒烟) with vocal mentor Li RongHao. (ep. 11)
– He performed “Mack Daddy” for the final performance, where the debuting team is chosen. (ep. 12)
– On 6th April 2018, he was announced to be one of the 9 trainees that will debut (ep. 12)
– On November 20, 2018, he made his debut in project group NINE PERCENT which sadly, disbanded on October 6, 2019.
– He went on “Happy Camp” (快乐大本营) with Lay Zhang as an Idol Producer trainee (Happy Camp 20180203)
– In one of the episodes where mentors OuYang Jin and Jackson Wang were sharing their advice and experience with the trainees, they ask Zhengting who he would like to act together with in a movie, and he said Fan BingBing (he’s probably just joking with ChengCheng tho).

Note 2: If any of the dates, episodes etc. are wrong, please point it out nicely and I’ll edit it, because I don’t really follow NEXT so I might be wrong in some of the info.

Author’s note: Sorry if some of the translations of the Chinese to English are wrong, I’m not too sure about what they are in English, but I tried my best to give the most accurate translation I could.

How much do you like Zhengting?
Total Votes: 1209
×
You or your IP had already vote. 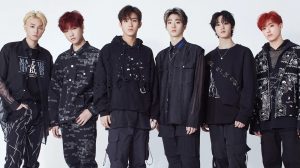 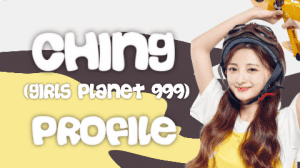 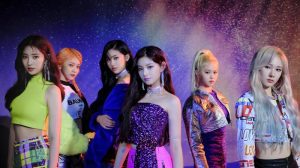 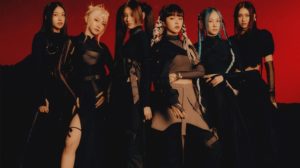