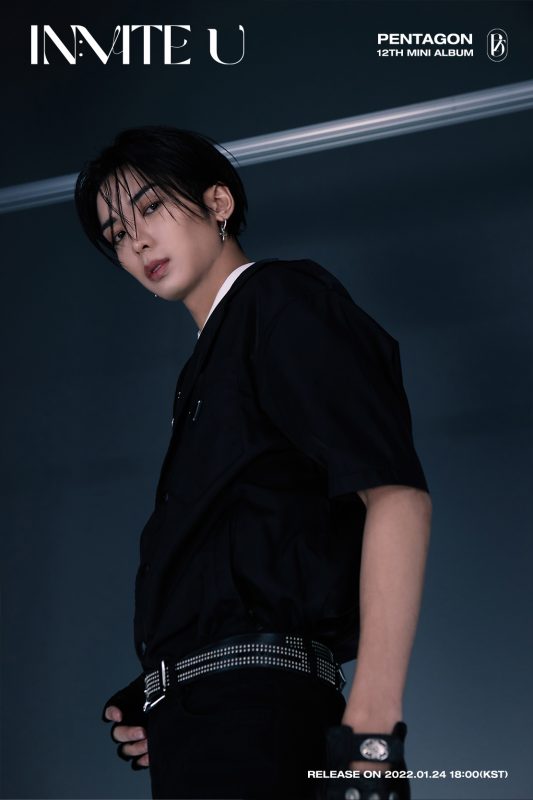 Yuto (유토) is a member of the South Korean boy group Pentagon.

Yuto Facts:
– Yuto was born in Nagano, Japan.
– He has an older sister named Akari, and an older brother.
– He speaks Japanese and Korean.
– The Pentagon members call him ‘Takoyaki Prince’.
– Yuto is under Cube Entertainment.
– Yuto used to be a trainee at JYP Entertainment.
– During Pentagon Maker, Yuto officially became a member of the group after completing his Pentagraph in the 9th week.
– He was often referred to being a tsundere and the “Manly Guy” of Pentagon Maker.
– On ISAC 2015 Chuseok Special, Yuto appeared along side Doojoon and Yoseob of BEAST, and Roh Jihoon.
– U of ONF is one of his friends because they’re both Japanese and former JYPE trainees.
– On The Immigration, Yuto revealed that he used to play baseball.
– He played baseball for 6 years and soccer for 2 years.
-Yuto’s position in Pentagon is Lead Rapper, Lead Dancer, and Vocalist.
-He is part of Pentagon’s maknae line with Kino and Wooseok.
– Yuto has the deepest voice in Pentagon, and can be classified as a low tone rapper.
– Yuto claims that he doesn’t have aegyo.
– The item he always buys when he good food shopping is tofu.
– If he could switch bodies with another member it would be Kino, because of his dancing skill.
– He has a fear of the dark and ghosts.
– He enjoys wearing black clothes.
– In high school his nicknames were ‘Black Bean Sprout’ and ‘Chocoball’, in reference to him being tall, tan, and skinny.
– Yuto has abs, and enjoys working out.
-The phrase “Yutoda” (“It’s Yuto” in English) became iconic in the Pentagon fandom, as Yuto has begun several of his raps with the phrase.
– Yuto likes to watch anime in his free time.
– He doesn’t like scary things, and can’t watch horror movies.
– One of his favorite songs is “To Universe” by Pentagon.
– Yuto likes the tv show “Abnormal Summit”.
– His ideal vacation would be to go to his hometown.
– He always brings medication with him, as his nose gets stuffy easily.
– If he wasn’t in Pentagon, he would want to be an astronaut.
– If he had a super power it would be the ability to control time.
– If he could only eat one thing for the rest of his life it would be soba.
– He is part of ‘Bigtagon” (Pentagon’s tall line), along with Wooseok, Yanan, and Shinwon.
– He is unable to eat spicy foods.
– Yuto has participated in the production/writing of 35+ Pentagon songs including: “Alright”, “Camellia”, “Like This”, “Lost Paradise”, “Happiness”, “Runaway”, “Violet”, “Spring Snow”, and “Shine”.
– He can rap in both Japanese and Korean.
– When it comes to visuals, Yuto ranks Yanan first and himself last.
– Yuto became friends with Yuta of NCT, when they were MCs for the 10th Anniversary Korean Music Festival in Yokohama.
– Yuto, alongside Shinwon, Jinho, Kino, Yeo One, and Wooseok, made cameos in the drama Age of Youth 2, as the fiction group Asgard.
– In the old dorm, Yuto and Wooseok used to share a room.
– For the updated dorm arrangement please check Pentagon profile.
– Yuto’s Ideal Type: Someone who has short hair, is honest, and has a bright personality.