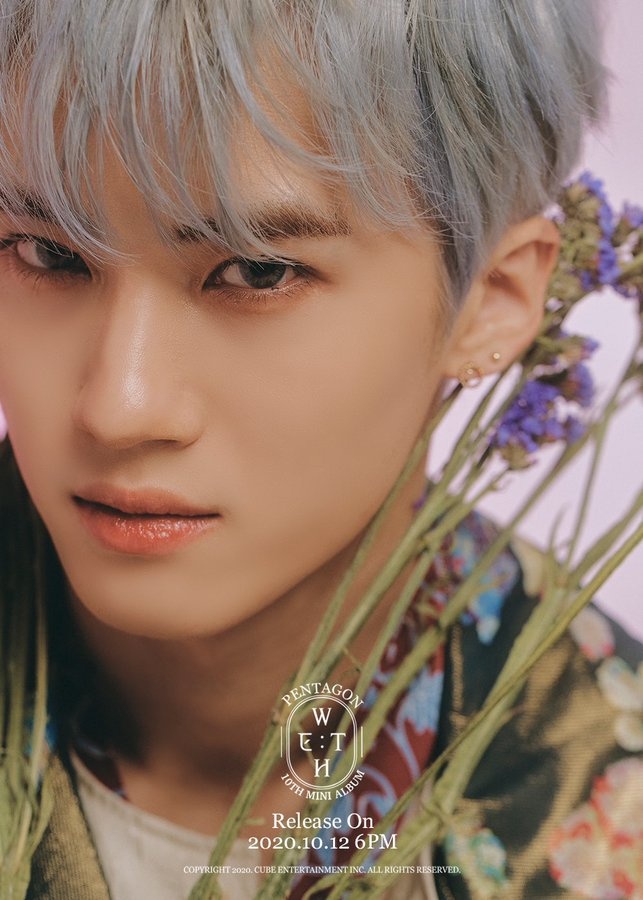 Yanan (옌안) is a member of boy group Pentagon under Cube Entertainment.

Yanan Facts:
– He was born in Hokkaido, Japan but raised in Shanghai, China.
– Nickname: Ya-Genius (although he hates studying)
– Yanan was originally meant to become an air steward.
– He speaks Mandarin Chinese and Korean.
– He was scouted in his homecountry by Cube Entertainment.
– He initially received training for rap but his singing voice was found to be more beautiful.
– Also known as: “Lady Killer” from Mainland China (because of his good looks).
– He appeared on Mnet‘s survival show Pentagon Maker where he was ranked in a low position after the first week’s battle and that pushed him into wanting to show his full abilities to the audience while carrying out difficult missions and giving outstanding performances.
– He finally debuted as the sub vocalist and visual of Cube’s boy group Pentagon on October 10, 2016.
– He knows how to swim. He used to be a swimmer.
– His charming point is his body proportions. He has long legs.
– According to him, he has always been single. (As of 2018)
– Despite from his innocent looking face, he is actually not innocent but rather savage in real life.
– Hobbies: Drawing, soccer (big fan of Cristiano Ronaldo), basketball, swimming.
– He can play the piano and several Chinese instruments (such as Ehru).
– His Chinese zodiac sign is Rat.
– He is friends with Jun from Seventeen. The two were contestants of the Chinese show “The Collaboration” along with THE8 and Samuel.
– He is ranked by Yuto as the most good looking member of Pentagon.
– He dislikes amusement park rides. He is afraid of them.
– Personality: He can be kind of random. He doesn’t think he’s cute, everytime he tries to act out cute he ends up being manly.
– He is good at eating weird or exotic foods.
– He debuted as a model in the 2018 Seoul Fashion Week.
– He acted in the Chinese drama ‘Use For My Talent’.
– He used to share a room with Yeo One in the dorm. Update: He now has a single room. (vLive Ian 9, 2021)
– Between August and November 2018, he was on a hiatus from his activities with the group due to health issues.
– On July 5, 2019, Cube Ent. announced that Yanan would be temporarily halting his activities with the group once again due to health issues.
– Yanan resumed his activities with Pentagon in September 2020.
– Yanan’s ideal type: “Someone with a bright & kind personality”.

Poll: Which CLC title track is your favorite?