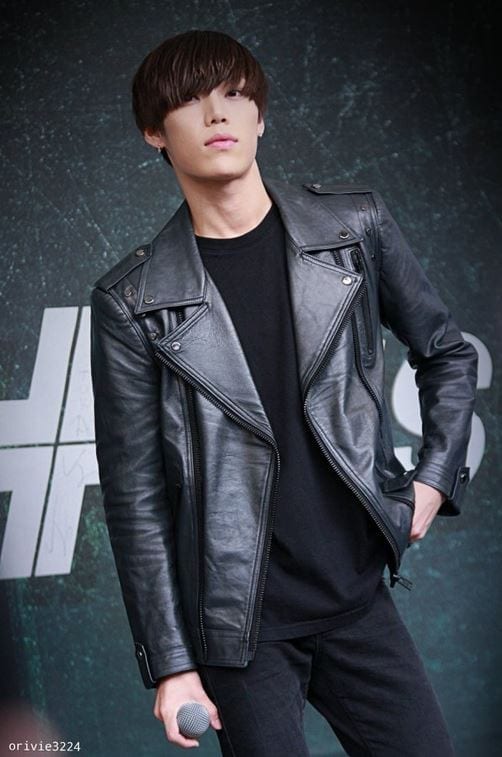 Yijeong facts:
– Family: Father, mother, and a little sister.
– Trainee for just one year.
– He appeared on MBC’s 스타오디션 ‘위대한 탄생’ Season II (Star Audition: ‘Birth of a Great star 2’
)
– He’s also known as Rapper now with his rap solo song ‘1 century’ (he had the 2nd showcase stage on 7th January 2017)
– He’s the Baby of the group.
– He’s the laziest among members.
– He can get up and is ready to go in just 2 minutes.
– He was also a talented composer.
– He sang a duet with IU (IU’s Friday song).
– His individual skill is to imitate Angry Frog.
– His treasure: his Voice chord
– The first impression when he met the other members for the first time: he said all of them looked a bit scary so he usually stood up at the corner while the other sat down. He’s also afraid of Kyungil since he’s so tall and always look down on him.
– All of his hyungs seem to spoil him a lot, especially Kyungil and Dokyun.
– He said that he’ll forever be a ‘baby’ for Kyungil.
– He is the ‘child’ team with Jaeho and even shares the same dorm room.
– Beside Jaeho, he is the one who’s responsible for cute aegyo for the group.
– He doesn’t like to do cleaning and often pretends to sleep while other members re busy cleaning their dorm.
– He can easily sleep anytime and anywhere.
– Other members said that he is sneaky and if Yijeong was an animal, Kyungil said that he would be a non-venom feisty little snake.
– His hideout: PC Room.
– Loves to take many selcas but can’t be easily satisfied with them.
– Had the nickname of “Crybaby Yijeong” from fans because he can easily cry during their fan meetings.
– He tends to lose his belongings.
– Memorable moment from fans: When they called him “Yijeong-ahh” or scream “Yijeong oppa!”
– Unforgettable moment: When one of the fans shouted “Oppa, your eyeliner is running down!”
– He always thinks of their fans a lot and wants to meet the International fans as well.
– He used to cry in the bathroom if he thought the dance choreo was too hard and Kyungil thought he’s sleeping inside the bathroom.
– He used to pull out unnecessary puns during History interviews or shows.
– Once he was asked what he want to do if he’d be chosen as leader and he answered that he would like to put Kyungil on his lap and pat Kyungil’s butt like a pet (and Kyungil answer that if he’d become the maknae then he will conspire against Yijeong *in a joking way)
– Many mistook him as a foreigner when they promoted Tell Me Love because of his blonde hair.
– Among members, he is the one who had two times more shirtless scene on their What Am I To You and Queen MV.
– He used to borrow other members belonging without saying anything and many times forgot to return them.
– He wants to sing a duet with Justin Bieber.
– Favorite food: Chicken
– Hobby: Composing
– A must: His eyeliner
– Often being mistaken for Niel’s Teen top long lost twin/brother.
– Charming point: His nice attractive butt and his smoky eyes.
– Favorite color: Rainbow
– Yijeong’s fav dating place: the jungle / Africa or other places when he travels with his girlfriend for doing good deeds.
– After History’ disbandment, Yijeong joined Devine Channel (a team of producers and writers) which is producing for lots of Kpop artists.
– Yijeong’s Ideal type: a cute girl who’s very lady-like & can take care of him, a bit unique, love to go overseas and do good deeds with him when they go around the world.

(Special thanks to Yanti – for providing the majority of the information for this profile; Mia Majerle)
Back to HISTORY profile

How much do you like Yijeong?
Total Votes: 1481
×
You or your IP had already vote.