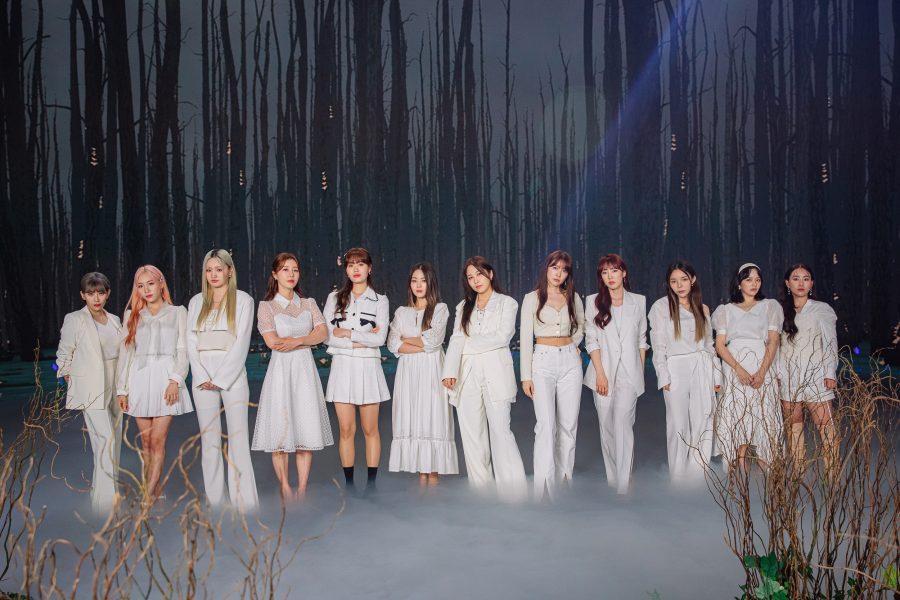 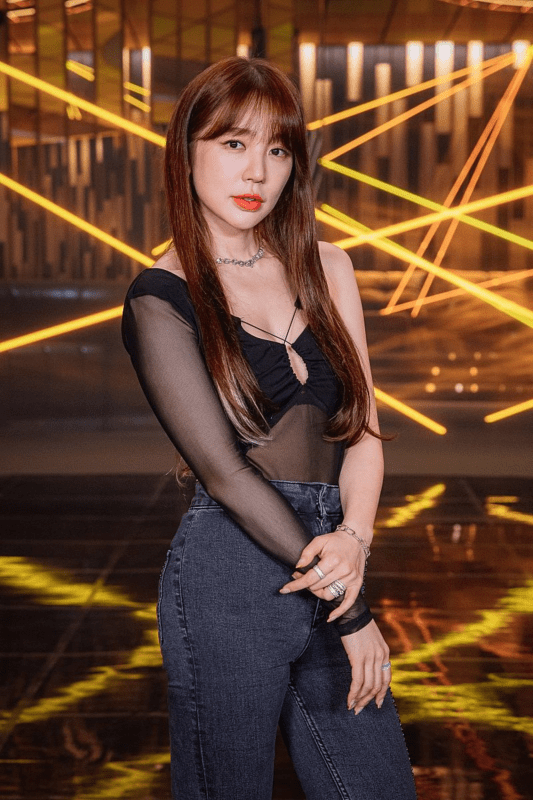 Eunhye Facts:
– Sub Unit: OaSiSo
– Eunhye was born in Ichon-dong, Yongsan-gu, Seoul, South Korea.
– Her MBTI is INFP-T.
– She has a younger brother named Banseok.
– Eunhye went to Seoul Shinyongsan Elementary School, Yonggang Middle School, Jungkyung High School, Apgujeong High School, Kyunghee Cyber University with a Bachelor of Leisure and Tourism, and Chung-ang University in the Masters Program of Digital Imaging.
– She’s under JArmy Entertainment and EMI Japan.
– Eunhye was a part of Baby V.O.X.
– She debuted as an actress in 2002 with the movie Emergency Act 2. Some other movies or dramas she’s acted in is Love Alert, Princess Hours, and Chronicle of a Blood Merchant. 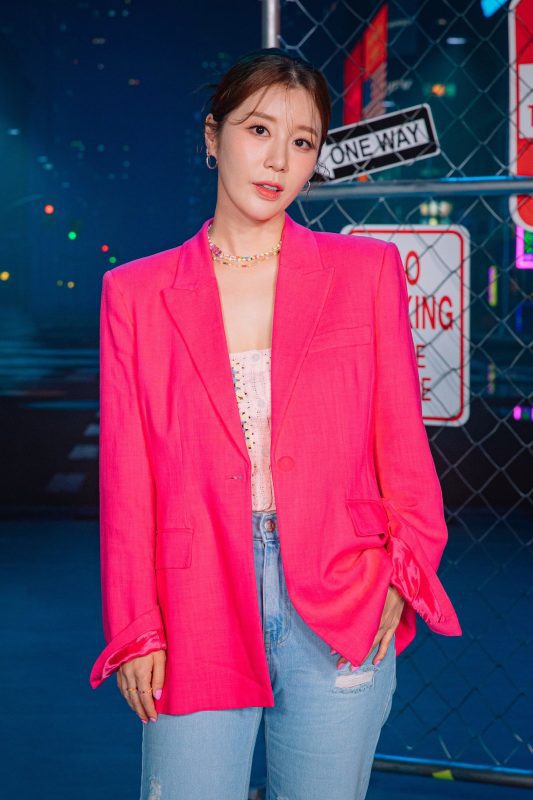 Navi Facts:
– Sub Unit: 4Fire
– Navi was born in Dongdaemun, Seoul, South Korea.
– She’s been married to Jo Seunghwan since November 30, 2019.
– Her son was born on May 16, 2021, and is named Jo Yijun.
– She went to Yonggang Middle School, Jeongeui Girl’s High School, and Dongduk Women’s University with a bachelor in Practical Music.
– Her MBTI is ENFP.
– She debuted as a soloist on April 4, 2008 with the single album “I Luv U” and is currently under R&D Company.
– One of her favorite dramas is Sky Castle. 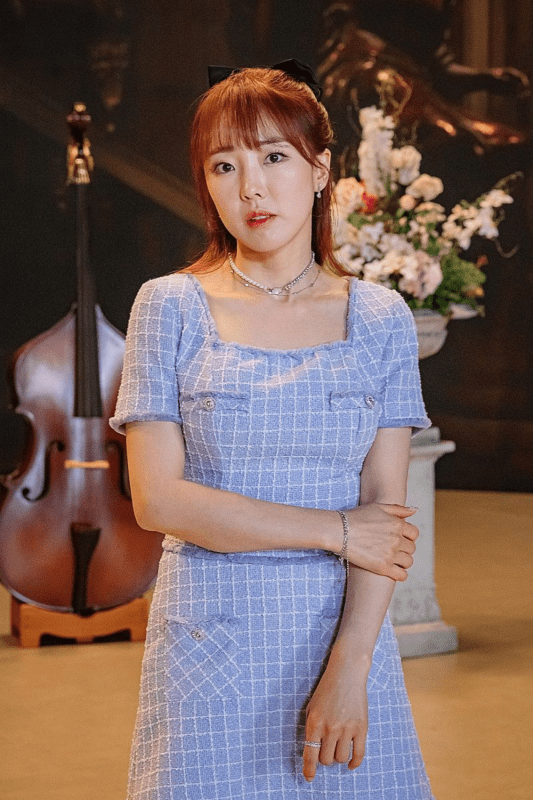 Boram Facts:
– Sub Unit: Gaya G
– She was born in Seongnam, Gyeonggi-do, South Korea.
– Boram went to Seongnam Girl’s High School and Seoul Institute of Arts in the Department of Applied Arts.
– She’s under YAMYAM Entertainment.
– Her MBTI is ESFP.
– Boram was a member of SeeYa.
– She has a dog named Love, a cat named Daon, and Road (It’s name is road because it was found on the road).
– Boram has a younger brother that was born in 1991. 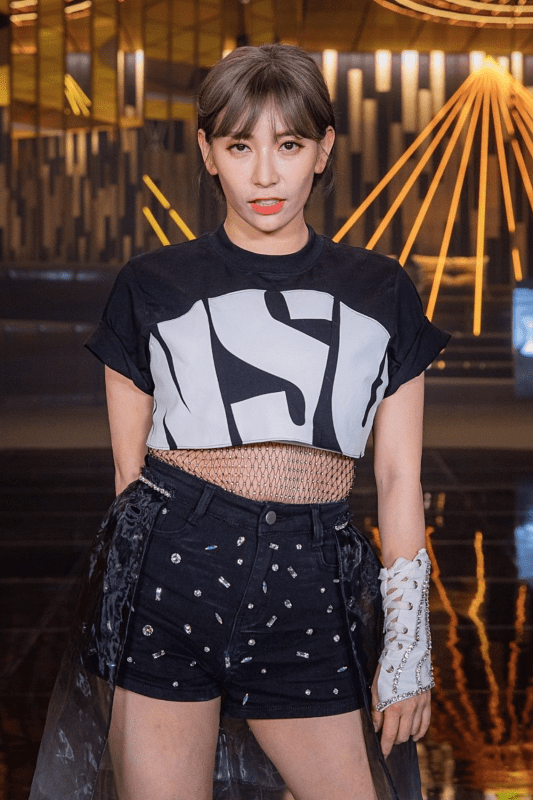 Kota Facts:
– Sub Unit: OaSiSo
– Kota was a member of Brown Eyed Girls.
– She is also a member of the girl group Sunny Hill under BOD Entertainment.
– Her stage name is short for Korean Tiger.
– Kota’s favorite fruit is orange.
– She went to Duksan High School and Seoul Arts College.
– Her MBTI is INFP-T. 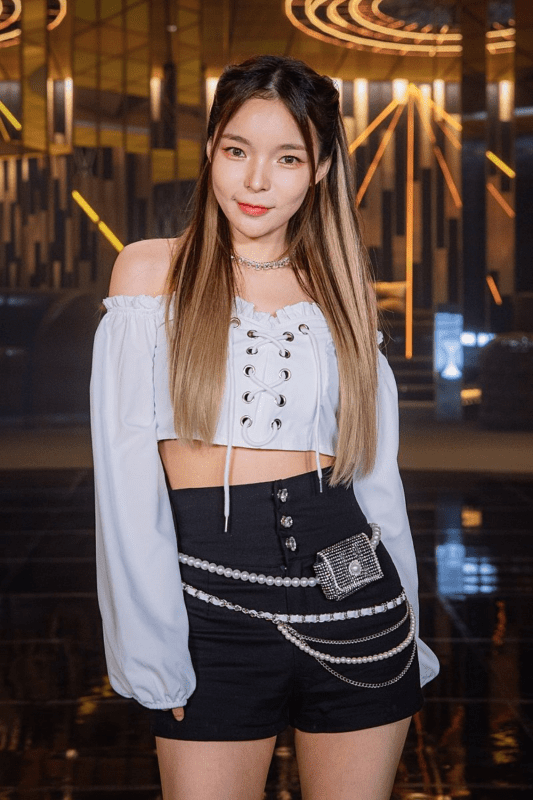 Park Jin Joo Facts:
– Sub Unit: OaSiSo
– Jinjoo was born in Gwangju, South Korea.
– She’s under ANDMARQ.
– Jinjoo is close to comedian Park Narae and ex ulzzang Yoo Bohwa.
– Her older sister was born in 1985.
– She debuted as an actress in the 2011 movie Sunny. She’s also appeared in Hotel Del Luna, The Legend of the Blue Sea, and Hangout With Yoo.
– She went to Seoul Institute of the Arts and was in the Department of Acting.
– Her MBTI is ENFP.
Show more Park Jin Joo fun facts… 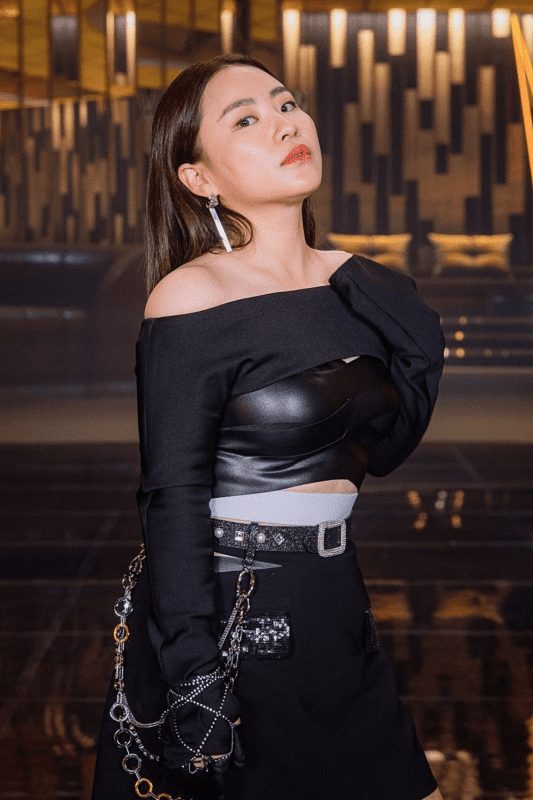 Jo Hyunah Facts:
– Sub Unit: OaSiSo
– Hyunah was born in Incheon, South Korea.
– She’s a part of the co-ed trio URBAN ZAKAPA under Abyss Company.
– Her MBTI is ENFJ.
– One of her nickname is Ryoo Seungbum.
– She was a mentor on the survival show program The Unit.
– Hyunah went to Howon University in the Department of Applied Music.
– She’s learning how to play the flute and piano.
– Hyunah is also a part of the hip hop crew OVERCLASS. 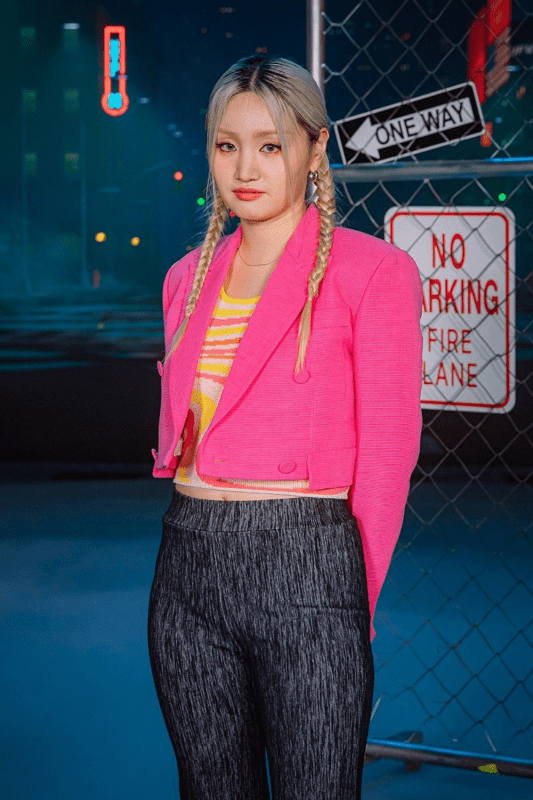 SOLE Facts:
– Sub Unit: 4Fire
– SOLE was born in Busan, South Korea.
– She was part of a five-member vocalist girl group, LiveHigh / 라이브하이 under MK Music.
– SOLE appeared on Superstar K3 and Superstar K4 along with other members of the group.
– She took part in The Voice of Korea 2.
– SOLE debuted as a soloist on November 3, 2017 with the single “Ride (ft. Thama)”.
– She’s wanted to be a singer ever since she was in elementary school. She was even in KBS’s Children Choir.
– Her MBTI is ENFP.
– SOLE has a younger brother and a sister.
– She watches a lot of fantasy, but if movies contains a bit of thriller, she watches them at daylight otherwise she cannot sleep.
– Her fandom named is Jjack jjacks.
– SOLE has a cat named Shinbi.
– Her favorite chips are Nongshim Snacks Spicy Shrimp Crackers.
Show more SOLE fun facts… 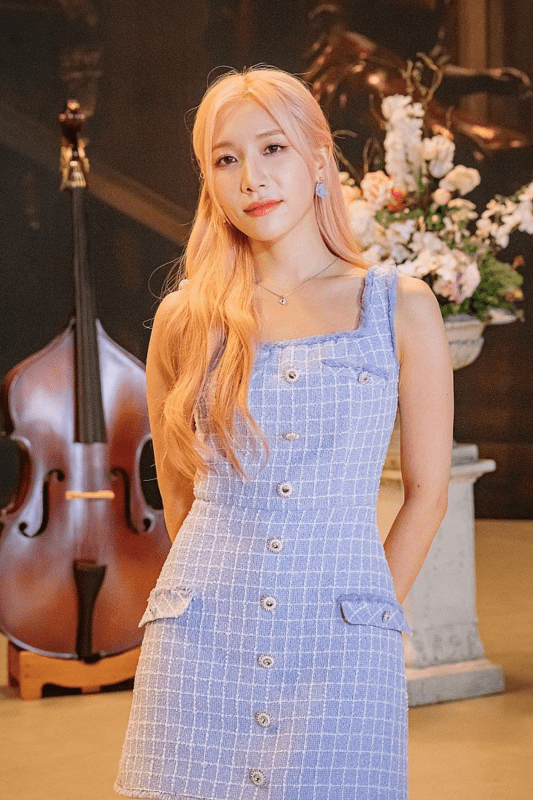 Soyeon Facts:
– Sub Unit: GayaG
– She was born in Buk-gu, Gwangju, South Korea.
– Soyeon debuted on August 28, 2014, with the single “Petit Macaron”, as the main vocalist of Laboum.
– She has a song called XOXO with MSG Wannabe member Parc Jae Jung.
– She appeared on “Girls Spirit”.
– Soyeon wrote, composed and arranged ‘Between Us’, song of her group.
– She has an older sister.
– Soyeon went to Mudeung Elementary School, Munhwa Middle School, and Salesio Girls’ High School.
– Some of her nicknames are Olaf and Yeoni.
– She was a Jellyfish Entertainment trainee.
– Soyeon appeared on Superstar K3.
– She’s good at imitating IU.
– Her MBTI is ISFP. 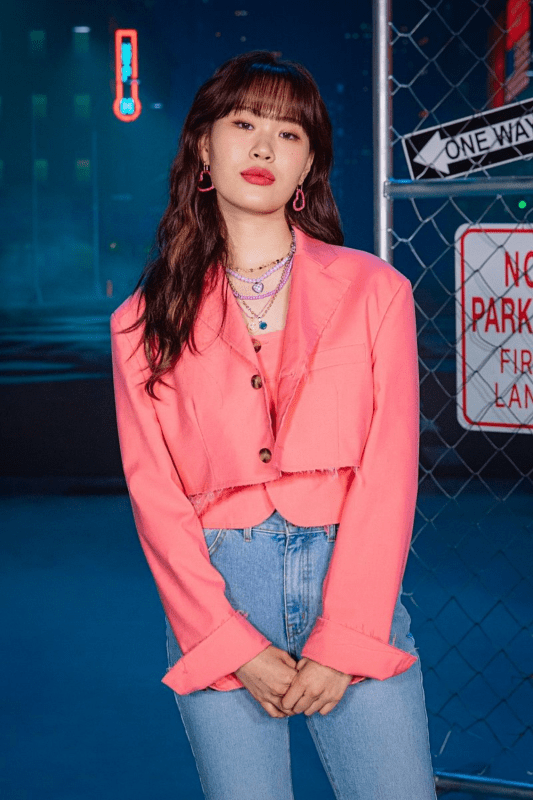 Uhm Jiyoon Facts:
– Sub Unit: 4Fire
– She was born in Seoul, South Korea.
– Jiyoon made her debut in 2018 at the 32nd KBS open recruitment gag concert.
– She’s under META COMEDY as a comedian.
– Her MBTI is ENFP.
– She has an older brother. 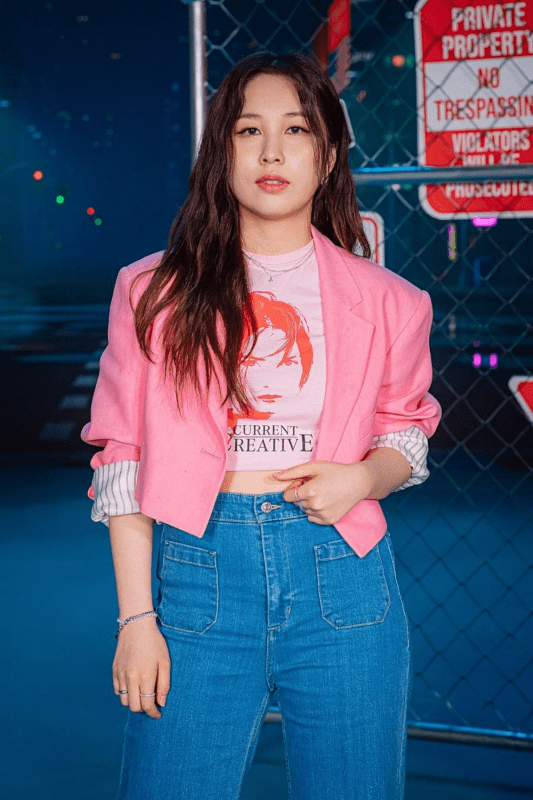 Kwon Jinah Facts:
– Sub Unit: 4Fire
– Jinah was born in Sinam-dong, Dong-gu, Daegu, South Korea, and lives in Yongho-dong, Nam-gu, Busan, South Korea.
– She took part in Kpop Star 3, where she ranked in the Top 3.
– Jinah debuted as a soloist on September 19, 2016, with the album One Strange Night.
– Before her debut, she sang the OST “Only See You” for the drama You’re All Surrounded.
– She went to Bunpo Elementary School, Boonpo Middle School, and Yeamoon Girls’ High School.
– Jinah is under Antenna.
– One of her nickname is Jakjin.
– Her MBTI is ISTP.
Show more Kwon Jin Ah fun facts… 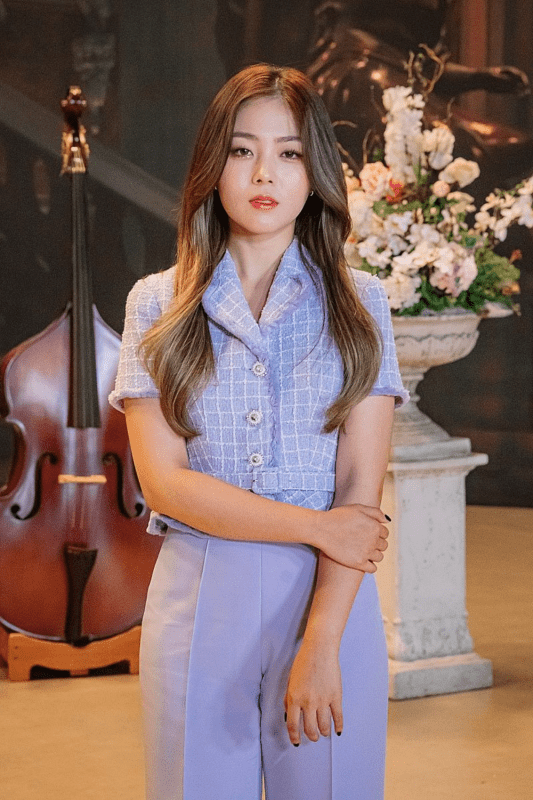 HYNN Facts:
– Sub Unit: GayaG
– She took part in Superstar K 2016 where she ranked in the Top 3.
– HYNN debuted as a soloist on December 28, 2018 with the single “Let Me Out” and is currently under BOD Entertainment and New Order Entertainment.
– She sang OST songs for The Hymn of Death, Two Yoo Project Sugar Man, Tale of the Nine Tailed and Hospital Playlist 2.
– In 2019, she collaborated with NC.A for the single No You, No Me and she was featured in MC Mong‘s I Know.
– She went to Incheon Seoknam Middle School, School of Performing Arts Seoul (SOPA), and Dongduk Women’s University.
–  HYNN has two younger brothers that were born in 2002 and 2008.
– Jiso and HYNN were close before they were in WSG Wannabe.
– Her top 3 favorite foods are tteokbokki, yukhoe, and naengmyeon.
– HYNN’s favorite actors are Hwang Jungmin, Park Haejin, Sol Kyunggu, Ha Jungwoo, and Kim Jaewook.
Show more HYNN fun facts… 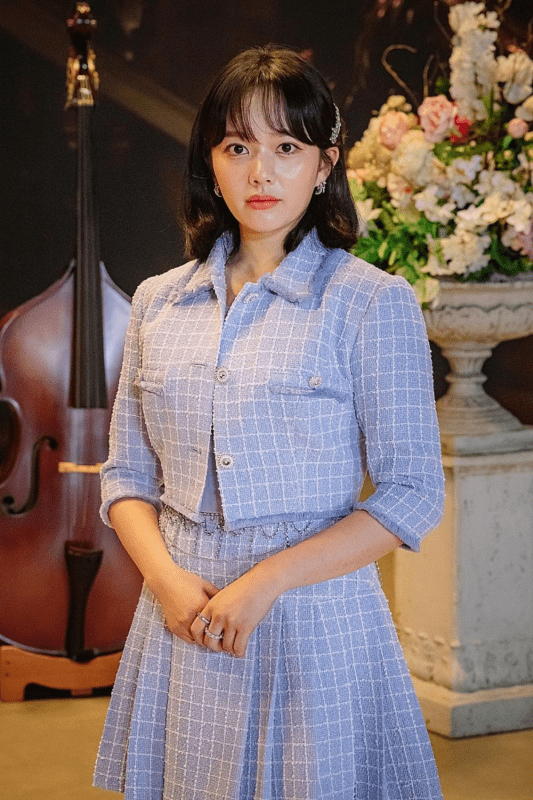 Jung Jiso Facts:
– Sub Unit: GayaG
– Jiso was born in Bundang-gu, Seongnam, Gyeonggi-do, South Korea.
– She used to be a ice skater.
– Her special skills are acting and singing.
– Jiso made her acting debut in 2012 with the drama May Queen.
– She sang the OST “If We Were” for the drama Imitation, where she was part of the project group Tea Party as Maha.
– Her MBTI is ISFP.
– She has an older sister born in 1997, and a younger brother born in 2010 who’s name is Jung Hwarang.
– Jiso went to Bundang Elementary School, Chungshin Girls’ Middle School, Chungshin Girls’ High School, Salesio Girls’ High School, and Dongduk Women’s University in the Department of Broadcasting Entertainment.
– She’s a fan of SeeYa.
– Jiso likes mint chocolate.
– Her hobbies are riding horses, figure skating, listening to music, and dancing.
– One of her favorite songs is “그대를 사랑하는 10가지 이유 (10 Reasons I Love You)” by Lee Seokhoon.

Who is your bias in WSG Wannabe? Do you know more facts about them? Feel free to comment below. 🙂 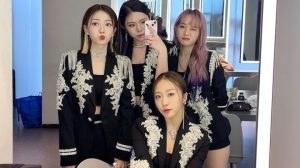 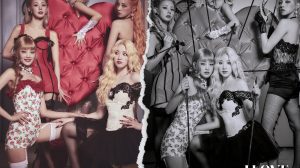 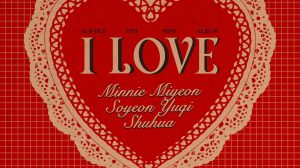