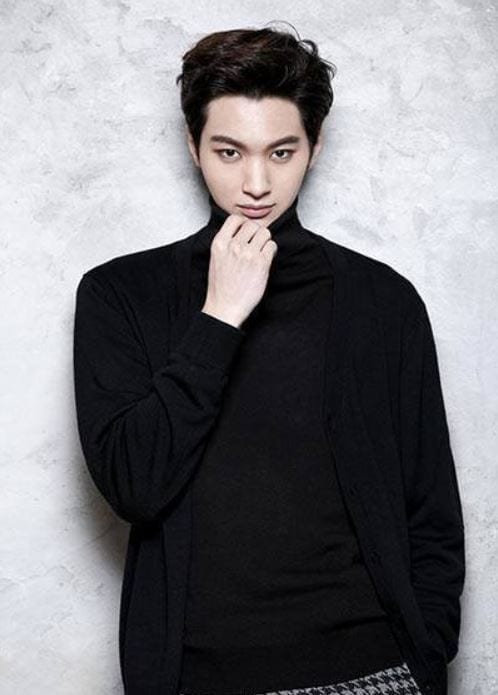 Sihyoung facts:
– Family member : Father, Mother and a Sister.
– Nickname : “Dok-gang-i” for his resemble over one character out of a gangster movie.
– He graduated Busan High School of Arts.
– Prior debut he was an ulzzang and a model for showganzi.
– He was a member of Ulzzang Shidae 3.
– He was often mistaken as SHINee Taemin’s older brother.
– He trained for 3 years before debut.
– He was chosen as “New Ulzzang” out of 4000 people.
– He appeared on Comedy TV Variety ‘얼짱시대’ (Ulzzang Generation) Season III
– His individual talent is his comic dance.
– He also can sing as vocal but seem reluctant to do so.
– He can’t take Selfie / Selca easily. *other member / fans usually tease and call him ugly for his horrible selca.
– His favorite food are vegetables.
– He never gains weight no matter how much he eats.
– Dokyun claims it’s hard to be friends with him first time when you meet him, because he tend to walk or do things alone.
– He act as an older brother to Jaeho and Yijeong. Even though he is the same age as Jaeho.
– He claims to have an odd personalities although his blood type is A.
– He knows about boxing since his father is a boxer.
– He is the one who usually nags a lot to Yijeong when it’s house cleaning time.
– On free time he likes to watch movie or tv shows.
– He said that his rank is 5 in the group, while Yijeong and Jaeho said he is number 2 (after Kyungil).
– He always cheers other members when their mood are down with his terrible/funny selcas.
– He always practices his rap a lot, since rap is usually the last part to be recorded.
– Other members said that Sihyoung was so nervous that he couldn’t sleep during first debut (Dreamer) since he had to do narration with IU.
– He appeared on Fiestar’s Vista MV with Kyungil.
– Sihyoung can also play piano, but he only knows one song at a time.
– Yijeong said that Sihyoung is like Kyungil. He can’t take jokes when he’s not in the mood.
– Stole imitating Gibongie (making and eating leaf wrapped rice in a funny way) expression talent from Dokyun, and doing it while he dances his comic dance.
– He hurt his hand and both of his wrists a lot while practicing Might Just Die choreo.
– When doing What Am I To You MV trip to Germany, he almost got caught on Paris airport when they transited there, before they went to Berlin, because the immigration police thought that he looks like a drug smuggler.
– Fastest runner among members.
– Sihyoung can jump high so he’s been chosen as group’s representative on ISAC 2014.
– He wants to appear on Law of the Jungle since he loves to watch that show.
– Charming points: His wide (pacific) shoulder, long legs and his low voice.
– Sexy moment: Before taking bath.
– Habbit: Bite his lip when talking or whenever he gets nervous.
– Favorite color: Black and Red
– Favorite sport: Soccer and Bowling.
– Sihyoung’s favorite dating place : Sydney, Australia.
– When go on a date with a girl, he like to be prepared for everything.
– Sihyoung’s ideal type: Emma Watson or a girl who’s not fake/sly and probably someone who resemble his mom.

(Thanks to Yanti for providing information for this profile)

(Special thanks to Miss)

Back to HISTORY profile

How much do you like Sihyoung?
Total Votes: 423
×
You or your IP had already vote.