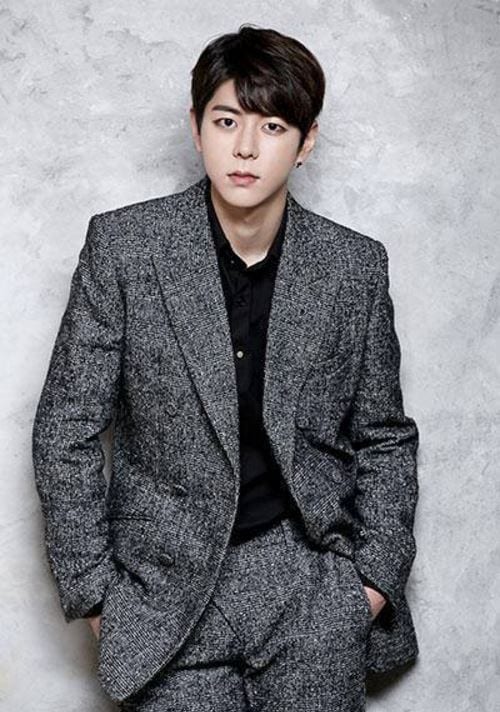 Dokyun facts:
– Family members: Father and Mother (he’s an only child)
– He said that he love living in dorm with other member because it feels like he is having a real brothers.
– Yijeong said Dokyun is a sensitive person.
– He’s constantly complaining if Sihyoung ignores him since they are in the same room.
– Voice of Love Rain OST Part. 2 – 그대니까요 (Because it’s you)
– His hometown is Daejeon, South Korea.
– His charming points are his big eyes.
– His complex are his chubby cheeks.
– His role model is actor Lee Seung Gi.
– His favorite song is “Unfinished story” by Lee Seung Gi.
– His former agency was A1People.
– He was part of Korean rock band, named Buzz, where he was the main vocalist and he went by the stage name of Nayul.
– He is the ‘eomma’ of the group.
– He is also the alarm clock of the group.
– He had a small role on a kdrama about doctors, called “Medical Top Team”.
– He’s shy and awkward around new people but tend to be talkative once he knows them.
– If stressed out, he likes to play online game.
– His hobby is playing piano and Basketball.
– Among other members, he is the one who’s really good at play bowling.
– His favorite food is meat.
– He is in charge of cooking and sometimes do the cleaning or laundry on dorm.
– He was a trainee for 7 years, started when he was in junior high school (including when he was still under other company)
– Charming points: Big eyes, sweet voice and his long fingers.
– Nickname: Metookyun (Na-Do in eng = Me-Too) kyun.
– He twisted his back while filming Might Just Die MV when they did the Bungee jump choreo but he keep continuing the shooting.
– Has the highest alcohol tolerance among member (and company staff including the executives?)
– He likes to get attention from other members.
– He also likes to stand outside the dressing room to watch other groups passing by while waiting other members to finish their makeup.
– Jaeho said that Dokyun is the one who has the most friends among girl group members.
– He don’t like to be shirtless.
– He can’t stand to be tickled.
– Jaeho often tease him that he lookes like a Chinese steamed bun.
– He bought a pair of glasses that he used on Beyond the History jacket photo just because the fans said he looked good wearing them.
– An exceptional driver (he enjoy safety while Kyungil like to drive with high speed).
– Favorite colors: Black and Yellow.
– Favorite sports: Soccer, Bowling and Basketball
– Dokyun’s fav dating place : Someplace with lots of trees such as Damyang, South Korea.
– His most precious: Storia – their fans – (Dokyun said that he remember all the fans who support, cheer and scream for them until their throat are sore. And he really grateful for their fans).
– Dokyun enlisted on the 20th November 2017.
– Dokyun’s ideal type: An Innocent and cute girl.

(Thanks to Yanti for providing information for this profile)

How much do you like Dokyun?
Total Votes: 309
×
You or your IP had already vote.