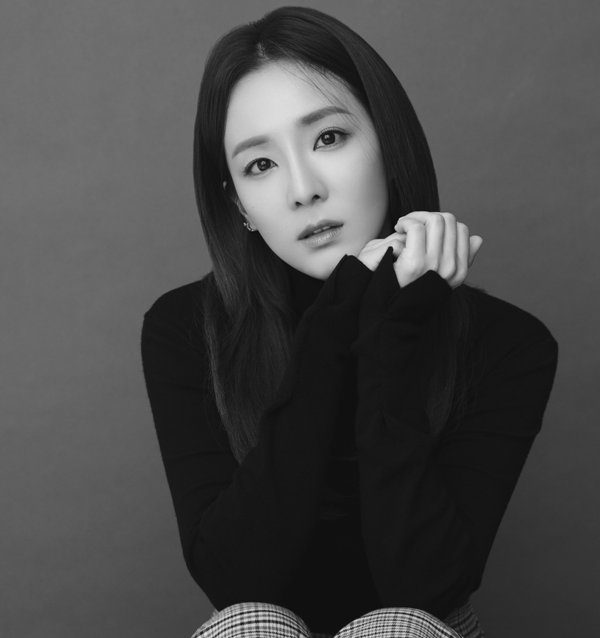 Sandara Park (박산다라) is a South Korean soloist and actress currently under Abyss Company. She is a former member of 2NE1 (2009-2016) under YG Entertainment. She debuted as a solo artist in 2004 with her self-titled debut EP ‘Sandara’ while residing in the Philippines under Star Records.

Sandara Park Facts:
– She was born in Busan, South Korea. She also lived in Daegu for a year.
– Her name which is an unusual Korean name because of it’s 3 syllables is inspired from the Korean general Kim Yushin whose childhood name was ‘San Sa Ra’.
– At the age of 10, she moved with her family in the Philippines because of her father’s business.
– Family: Parents, two younger siblings; a sister Durami Park and brother Thunder.
– She speaks Korean, English, Tagalog and conversational Japanese, Chinese.
– Nicknames: Sandy, Krung-Krung.
– Musical influences: Seo Taiji and Boys, M.Y.M.P.
– She worked hard to improve her Tagalog accent and overall knowledge of the language because she was feeling very lonely as a foreigner in the country.
– The early flame of her fame sparked in 2004 when she participated in talent show ‘Star Circle Quest’ in the Philippines where she embarked at first a career in music and television dramas/commercials.
– She was scouted by YG Entertainment after appearing on KBS documentary ‘My Name is Sandara Park’. She joined YG in 2007 when she had moved back with her family to Korea after leaving her previous agency; Star Records.
– She is dubbed by Korean netizens as the ‘BoA of the the Philippines’ due to her immense popularity there which is similar to BoA’s popularity in Japan.
– She served as the vocalist, sub rapper and visual of 2NE1, one of the best selling girl groups of all time, from 2009 until 2016 when they disbanded. Nevertheless, she took part in their final song/MV ‘Goodbye’ which was released in early 2017.
– Before debuting with 2NE1 she and former groupmate CL had collaborated together for a song called ‘Kiss’.
– She was saved by CL in an earthquake in Japan. CL even stated that, she would rather die young than lose Sandara.
– Favorite color: Pink.
– She was good at school subjects such as Maths and Physics.
– She used to be an obsessive fan of Lee Hyori.
– She has been good friends with Super Junior‘s Donghae for more than ten years.
– Super Junior’s Heechul is shy and stutters his words around her (he calls her younger brother, ‘brother in law’).
– She was part of a loveteam, HeroSan with Hero Angeles in the Philippines, but they haven’t met each other for more than a decade.
– She really likes/has a longtime crush on Eun Jiwon (Jiwon) of Sechskies.
– A celebrity close to her ideal type recently is actor Nam Joo Hyuk.
– Sandara is considered an icon for modern-day South Korean beauty. She has been featured in some of the most iconic and memorable styles in the kpop industry.
– She is known as a ‘baby face’ among celebrities due to her looking younger than her actual age.
– Her sense of fashion includes her preferences for street clothes.
– She owns more than a thousand pairs of shoes.
– She has been considered by a lot of fans as the ‘Rapper’s Muse’.
– She has appeared in multiple TV commercials and print ads over the course of her career.
– She is afraid of big-sized animals.
– Her favorite video game is Angry Birds.
– Her favorite 2ne1 song is “Fire”.
– Her favorite boy bands are Boy Band PH and Big Bang. (Boy Abunda interview)
– Chanyeol of EXO is a big fan of hers.
– She prefers to text than call because she feels like calling someone on the phone can be awkward. She deletes from her contacts the numbers of people who don’t reply to her.
– For almost two years she dated Filipino actor Joseph Bitangcol.
– Sandara remains under YG Entertainment where she’s currently an avid successful actress.
– Apart from a singer and an actress, she is also a television host; she’s hosted JTBC’s ‘Two Yoo Project Sugar Man’ (2015-2016), OnStyle’s ‘Get It Beauty’ (2017) and MBC Every 1’s ‘Video Star’ (2019-)
– Documentaries about her: ‘My Name is Sandara Park’ (2004) on KBS and ‘Dara TV’ (2017) on Youtube.
– Dara’s contract with YG Entertainment expired in May 2021 and she decided not to renew.
– On September 1, 2021, she signed an exclusive contract with Abyss Company.
– Her MBTI is INFJ.
– Sandara’s ideal type: “Someone cute and slim rather than someone muscular who shares similar interests with me in fashion, music & cats. ”

Do you like Sandara Park?
Total Votes: 6857
×
You or your IP had already vote.

Do you like Sandara Park? Do you know more facts about her? Feel free to comment below. 🙂