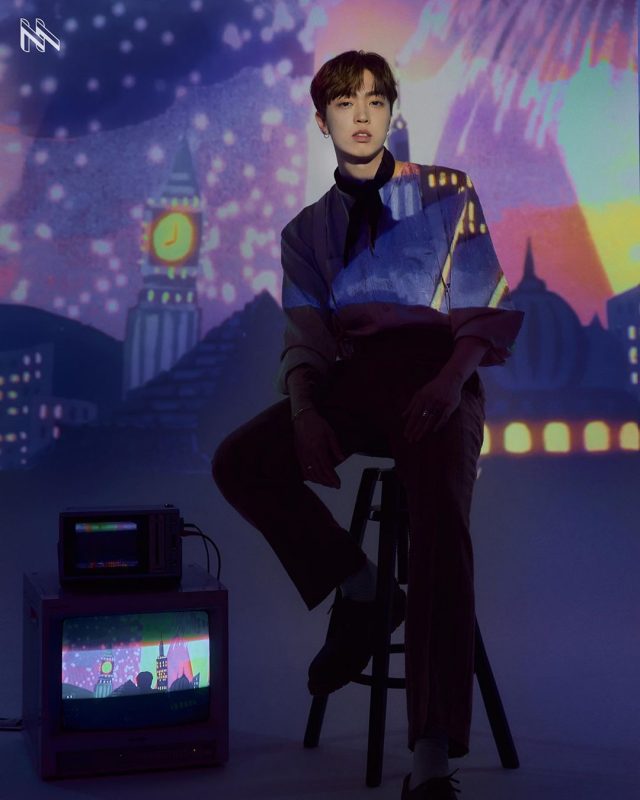 JUNNY (주니) is a singer-songwriter from Vancouver under MAUVE Company. According to him, his actual debut took place on April 06, 2017 with EP “Monochrome”.

JUNNY Facts:
— He lived in Vancouver, Canada since he was four years old.
— He has two older brothers.
— He loves sports.
— He speaks fluent English and Korean.
— He moved to South Korea in December 2018.
— He moved to South Korea to pursue a music career and achieve his dreams.
— He wrote his very first song at 14-15 years old.
— He grew up listening to a lot of Korean songs because of his older brothers.
— At an early age, he started to learn how to play the guitar.
— His hobbies are: singing and playing the guitar.
— His dream was to be a vocal coach in South Korea.
— His biggest artistic influence are artists he works with and his oldest brother who is a painter.
— His song AURA is based on a true story that happened to him.
— For him, 2019 was a year of learning and developing into an artist.
— He takes musical inspiration from the USA, heavily from Chris Brown.
— He did half a year of classical vocal training and then gave up because he didn’t enjoy singing in Italian and German.
— He is a part of a writer-producer duo with Odlin Block (Dylan McNulty) called Club Maytel and ALIVEMINDS Crew with EastK, Lil Gimch, and Woogs.
— He auditioned for K-pop Star 2.
— Artists he worked with are pH-1, Paloalto, Jiselle, Punchnello, and Kid Milli.
— He would like to meet chef Baek Jong-won because he loves food.
— He enjoys listening to R&B songs from the 1990s to the newest ones.
— An artist he wants to interview the most is sadly Michael Jackson.
— His go-to coffee drink is hot americano.
— He releases stress by listening to music.
— He says that he is really bad with names.
— His favorite girl group is TWICE and he is a big fan because of their songs.
— His favorite Korean food is Galbi-jjim (갈비찜).
— He doesn’t like it when people eat with their mouths open.
— He would like to collaborate with an American singer Bazzi.
— His sleeping habit is sleeping with his mouth open. (Arirang Radio)
— He is also a composer and producer who wants to work with idols and other musicians. (vogue.co.kr)
— His childhood dream was to become a soccer player and a basketball player.
— His personality: “I’m super sensitive about certain things, I’m not gonna say what”.
— JUNNY’s Ideal Type: “Personality because I have a particular personality and I want that person to kinda match well with me. I like a person who laughs a lot. I don’t have a bright personality so I need someone to cheer me up”. (Arirang Radio 2020)

How much do you like JUNNY?
Total Votes: 4039
×
You or your IP had already vote.

Latest Korean Comeback:
https://youtu.be/68ViuXnpcBE
Do you like JUNNY? Do you know more facts about him? Feel free to comment down below.😊