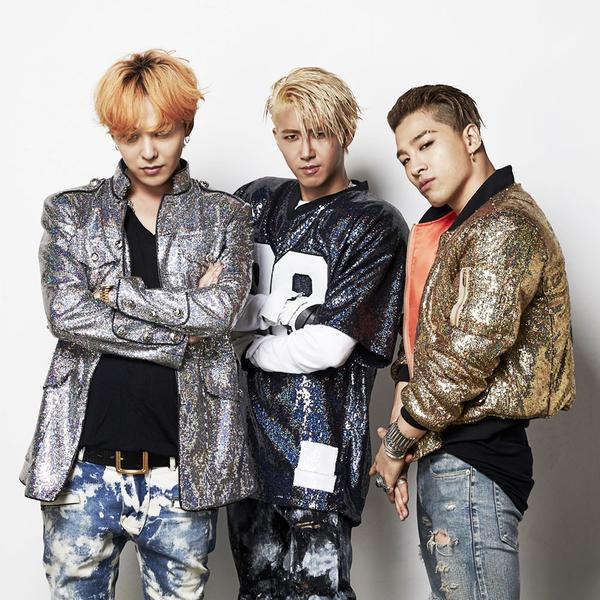 HwangTaeJi (황태지) is a 1 time boy group created by the tv show “Infinite Challenge”.  They consist of 3 members: Taeyang, G-Dragon and Kwanghee. They debuted in 2015 with their only song “Mapsosa”. 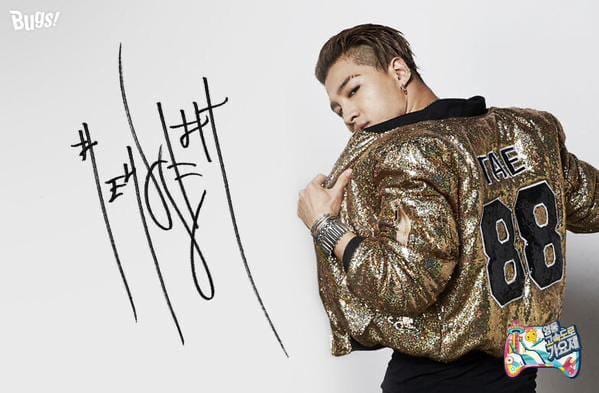 Taeyang Facts:
– He was born in Ujeongbu, Gyeonggi-do, South Korea.
– He has older brother, actor Dong Hyun-bae.
– He is a member of BIGBANG.
– He can play the piano.
– He can speak English, Japanese, and Korean.
– He knows G-Dragon since he was 12, since they were training together.
– His first kiss was in the MV for his first solo single “My Girl“.
– Once he went on a blind date with Girls’ Generation’s Yuri. They remained friends.
– In 2013, he began dating actress Jung Eun-ran, better known by her stage name Min Hyo Rin.
– He is known as a devout catholic, he has several tattoos that are inspired by his faith.
– His favorite food is Yakiniku (grilled meat dishes)
– Taeyang and Min Hyo-rin married on February 3, 2018, before his enlistment.
– Taeyang enlisted on March 12th, 2018.
– He got discharged from the military on November 10th, 2019.
– Taeyang is ranked 41st on TC Candler “The 100 Most Handsome Faces of 2018”.
– Taeyang’s ideal type: “This question has been asked too many times…’Who is your ideal type in the entertainment business?’ I really don’t have one. That’s the truth. When reporters ask me about my ideal type, I can’t answer them accurately. Even though there have been girls that I’ve really liked, I haven’t thought about any of them being my ideal type just by judging from appearances because it’s different every time. There’s no reason to complicate things any further.” 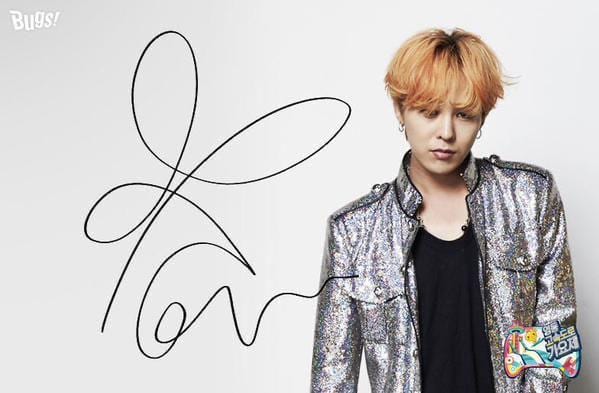 G-Dragon Facts:
– He was born in Seoul, South Korea.
– He has a sister, named Kwon Dami.
– He is a member of BIGBANG.
– At age of 7 he became a member of “Little Roora”.
– When he was around 8 years old he became a S.M. Entertainment trainee.
– At age of 12 he became an YGE trainee.
– Since he was 12 he trained along with another BigBang member, Taeyang.
– JunK of 2PM was his best friend when he was a trainee.
– GD is extremely shy and modest in real life.
– One of his nicknames is “Iguana Idol” because he changes his hair color several times.
– G-Dragon can speak English.
– In 2009 he released his first solo album “Heartbreaker“.
– He is the Kpop idol who earns the most song royalties (for his self composed songs).
– His favorite colors are black and red.
– His favorite food is Ganjang gaejang (Crab preserved in soy sauce).
– He has several tattoos.
– G-Dragon’s lucky number is 8.
– He is considered the King of K-Pop.
– G-Dragon enlisted into the military on February 27th, 2018.
– He got discharged from the military on October 28th, 2019.
– G-Dragon’s ideal type: “Someone that can cook well. I don’t know how to cook anything, so I want her to be able to teach me in areas I’m not familiar with.” Also, he likes girls who who run away when he tries to catch them, but approach him and throw themselves in his arms when he stops trying.
Show more G-Dragon fun facts… 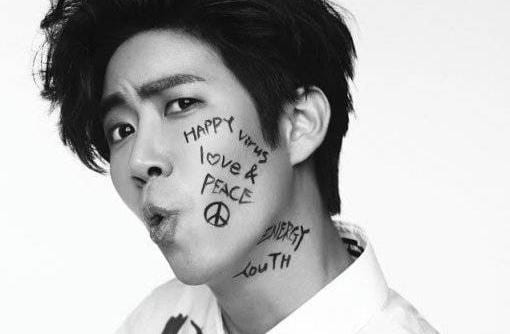 Kwanghee Facts:
– He was born in Paju-gun, Gyeonggi, South Korea.
– He has a younger sister, named Inyoung.
– Education: Digital Seoul Culture Arts University
– He is a member of ZE:A.
– His hobbies are: Playing tennis, going on trips, taking pics, scuba diving, shopping and snowboarding.
– He acted in the drama “Vampire Idol” (2011).
– He acted in the drama “To The Beautiful You” (2012) with f(x)’s Sulli and SHINee’s Minho.
– He had small cameo appearances in several dramas like “Detectives in Trouble” (2011), “Standby” (2012), “What Happens to My Family?” (2014).
– During “2011 Environment Day” event in Seoul, he participated in a “clothes layering game” and put on 252 layers of t-shirts, earning him a Guinness World Record for the most T-shirts worn.
– In 2012 he participated in the show “We Got Married”, where he was paired with SECRET’s Sunhwa.
– Since 2015 he became the MC for the show “The best cooking secrets Season”.
– Since 2015 he became a cast member of the show “Infinite Challenge”.
– Since 2016 he became the MC for the show “K-Star Reform Show”.
– He is a member of the ZE:A subunit ZE:A 4U.
– After his contact with Empire Ent. expired, he signed with Bonboo Entertainment.
– He enlisted in March 2017.
– Kwanghee’s ideal type: A girl that loves cats.
Show more Kwanghee fun facts…

Who is your HwangTaeJi bias?
Total Votes: 1514
×
You or your IP had already vote.

Who is your HwangTaeJi bias? Do you know more facts about them? Feel free to comment down below! 🙂