Zelo Facts:
– Zelo was born and raised in Mokpo, South Korea.
– Family: Parents, older brother; Choi Junseo, Mochi (his pet dog)
– Education: School of Performing Arts Seoul (15′), Sungdae Middle School.
– Nicknames: Noona “Killer” (xD).
– He speaks Korean and English.
– His childhood dream was to become a soccer player but changed after he began developing love for music and aspired to be a singer. His interests included dancing and beatboxing.
– At the age of 10, he was introduced to a very well known music academy in Gwangju, which former Big Bang‘s Seungri and BTS‘ J-Hope had also attended, where he received training for rap and dance. He then started going to auditions with no success due to him being very young.
– He was eventually accepted at TS Entertainment and instantly debuted in a hip-hop duo called ‘Bang & Zelo’ along with former groupmate Yongguk in 2011.
– He joined k-pop boy group B.A.P on January 26, 2012, under TS Entertainment where he served as the lead rapper, lead dancer and the ‘cute and pure’ maknae. His contract with TS came to an end in 2018, and he decided not to renew it. All B.A.P members have hinted the possibility of future reunion under a different name.
– He trained for 6 years in total.
– Favorite colors: Grey, green, red.
– Favorite food: Kimchi.
– As a B.A.P. member, he was the closest to Jongup. He used to share a room with Daehyun in the dorm where his duty was to do the laundry.
– His contract with TS ended when B.A.P. had a European tour in plans but he still attended because he wanted to see the Babyz.
– He has two tattoos and one nose piercing which he got in 2016.
– He wants to be called “Oppa” by all of his fangirls, regardless their age.
– Hobbies: Skateboarding, songwriting, beatboxing, listening to music.
– He is close to Seventeen‘s Hoshi (Celuv iTV ‘I am Celeb’)
– His shoe size is 285 mm. (Instagram post 22122018)
– He and Himchan used to be awkward around each other. (B.A.P. “One Fine Day”)
– Zelo left TS Entertainment on December 2, 2018.
– He disguised himself as a fan and went to Yongguk’s solo fansign on March 16, 2019.
– In January 2019, he collaborated with artist Lee Yejoon for the song/MV “You, Me and Us (너와 나 우리)”.
– Musical influences/rolemodels: will.i.am, Kanye West, 50 Cent.
– He had his own first fanmeeting in Japan in February 2019. He debuted as a solo artist under A Entertainment in early summer 2019.
– In October 2019, he announced via his Instagram account that he is no longer involved with A Entertainment.
– Zelo had his extended play titled ‘Day2Day’ released on April 18, 2020.
– He has 6 tattoos: a tattoo on his lower abdomen inspired by the installation ‘Relation in Time’ by Marina Abramovic and Ulay, two cupids on his front left arm, Michael Jackson with the word BAD (in red) on the back of his left arm, a tattoo of smoke on his left rib, a picture of Thumbelina riding a swallow on the inside of his left arm and a drawing of his “Day2Day” album cover on his lower left arm
– On August 20, 2020, he released his first digital single ‘Mi Amor’.
– His ‘Scarecrow’ extended play was released on September 15, 2020.
– Zelo’s ideal type: “A person with a pretty smile who’s good at English”

Note 1: His updated height and weight have been confirmed by his also updated Naver profile. 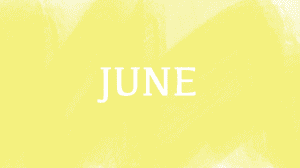 Which Songs Released in June 2019 were your Favorites?