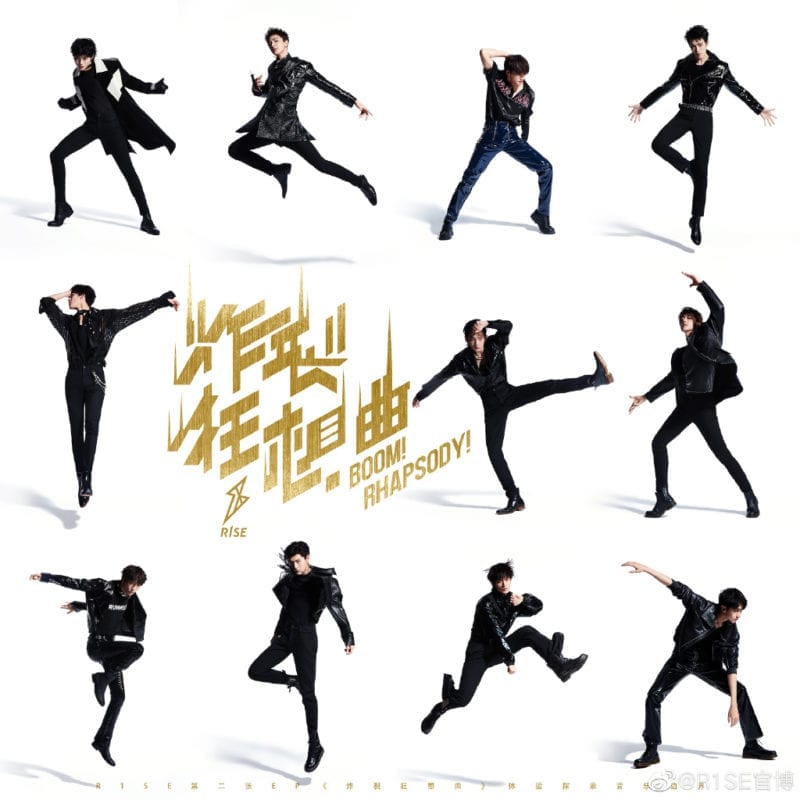 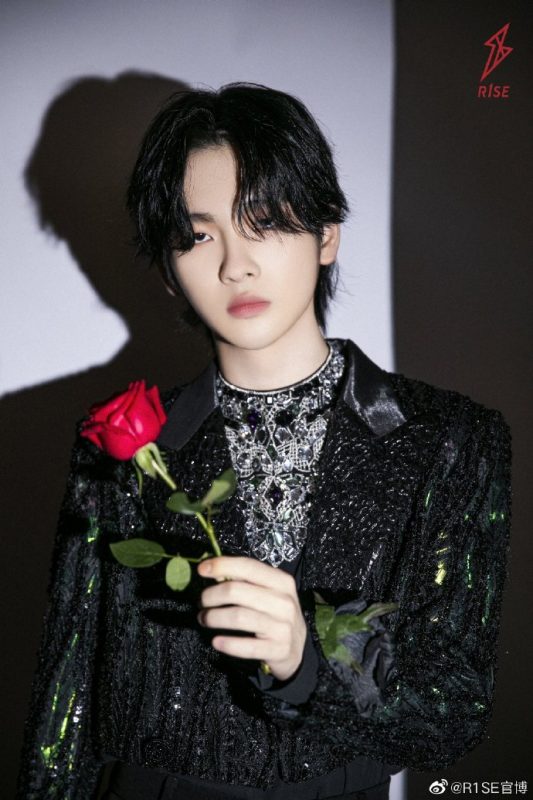 Zhou Zhennan Facts:
– Zhennan was born in Chongqiong, China.
– He is a soloist.
– Currently, Zhennan attends Meishi International School.
– He has a sister and a younger brother.
– He can speak English.
– Zhennan loves fashion and enjoys wearing skirts.
– He can play the piano.
– He has a tattoo on the inside of his forearm of a tree branch.
– Zhennan’s favorite thing about himself is his small eyes.
– Zhennan’s fandom name is Antarctic Star (南极星).
– Zhennan trained at JYP Entertainment in South Korea from 2014-2017.
– Zhennan went back to China and participated in season 1 of Tencent’s idol program “The Coming One” and placed 4th, solidifying his debut.
– Zhennan considers Victor Ma, who placed 2nd on “The Coming One”, to be his best friend. (CYZJ)
– He is also close with Got7’s Jackson, Seventeen’s Jun and THE8, Kim Samuel, X-NINE, Chen Xuedong, and Johnny Huang.
– He won the “Best Music Newcomer” award at the Tencent Supernova Night Awards.
– Zhennan joined “Let Go of My Baby” for season 3 alongside Jackson Wang, Chen Xuedong, and Johnny Huang.
– He appeared on “The Collaboration,” also known as “潮音战纪 Chao Yin Zhan Ji,” and partnered with Kim Samuel. Together they placed 1st, winning the show.
– He has his own room.
– Zhennan ended Produce Camp as Rank 1 with 37,098,540 votes.
Show more Zhou Zhennan fun facts… 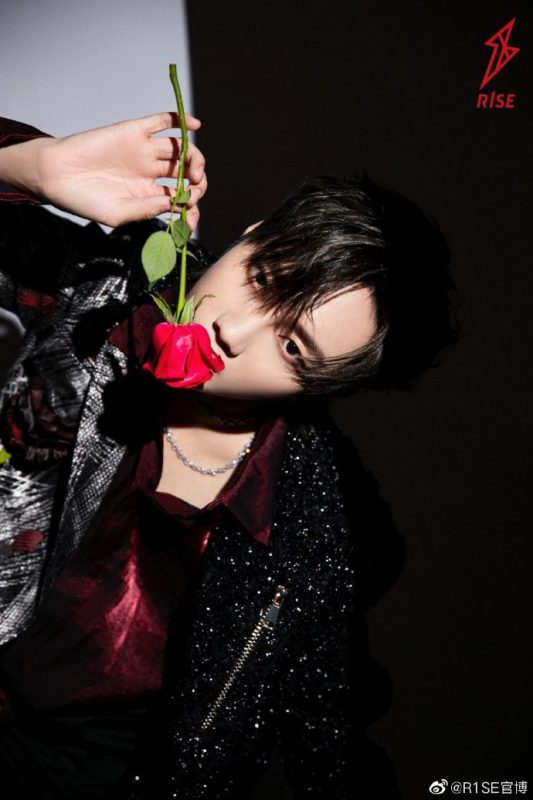 Liu Ye Facts:
– He is under Pelias.
– Liu Ye is from Songyuan, Jilin.
– Nickname: Ye Ge.
– He was a contestant on seasons 1 and 2 of Super Idol.
– Liu Ye debuted in 2016 as a member of SWIN-S.
– He participated in Street Dance of China.
– He is a choreographer.
– It is said that his quiet personality contradicts his stage presence.
– He is roommates with Zhao Rang.
– Liu Ye ended Produce Camp as Rank 8 with 7,974,641 votes. 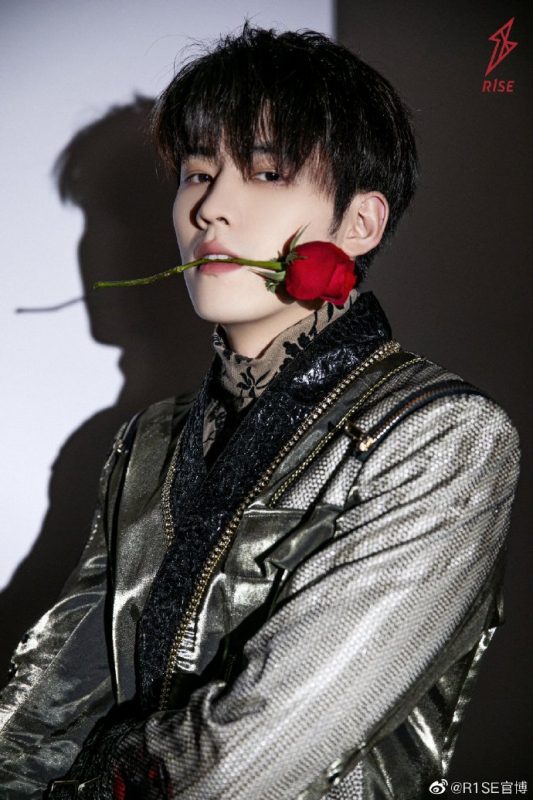 Ren Hao Facts:
– He is under White Media.
– Ren Hao is from Chengdu, Sichuan.
– His hobbies include swimming and extreme sports.
– Ren Hao debuted in 2016 as a member of ZERO-G.
– He was a contestant on the survival show “The Next Top Bang.”
– Ren Hao played the lead role in the movie “King of Glory: Awakening.”
– He is considered the most mature member of the group.
– Viewed as the “dad” of the group.
– He gets sleepy easily.
– He is roommates with He Luoluo.
– Ren Hao ended Produce Camp as Rank 9 with 7,511,752 votes. 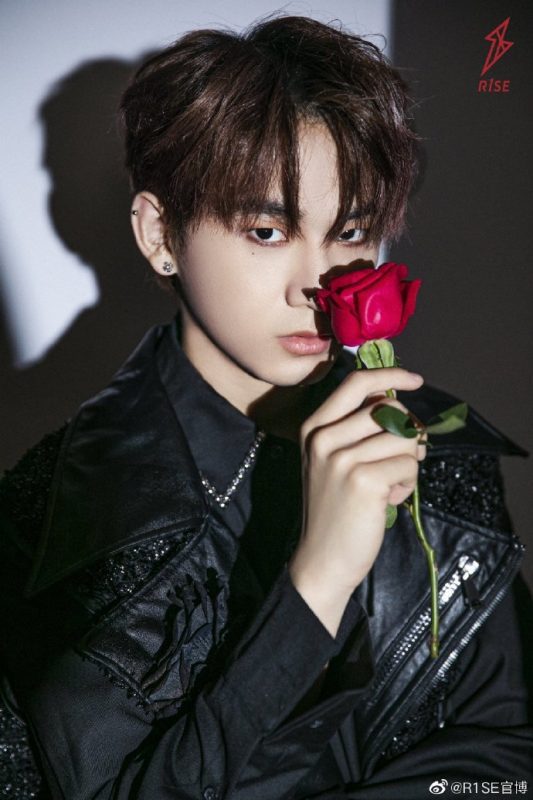 Yao Chen Facts:
– He is under Fanling Culture (JYP China).
– Yao Chen is from Chongqing.
– He trained with Stray Kids at JYP Entertainment.
– His fans call him a hamster because they say that he resembles one.
– He made a cameo in Boy Story’s “Hands Up” music video.
– He is a choreographer.
– He is roommates with Zhang Yanqi.
– Yao Chen ended Produce Camp as Rank 5 with 10,764,262 votes. 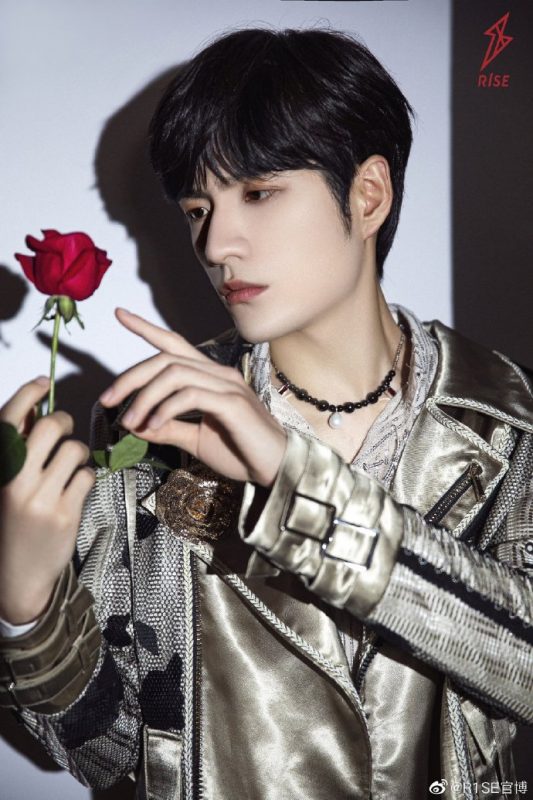 Zhang Yanqi Facts:
– He is under Attitude Music.
– Yanqi is from Chongqing.
– He won a local rap competition in 2017.
– He writes his own raps and has released some solo songs.
– His lucky number is 7.
– He is said to be well-spoken and thoughtful.
– He has a cat.
– He is roommates with Yao Chen.
– Yanqi ended Produce Camp as Rank 7 with 9,626,829 votes.
– He is the most talkative member according to the members. 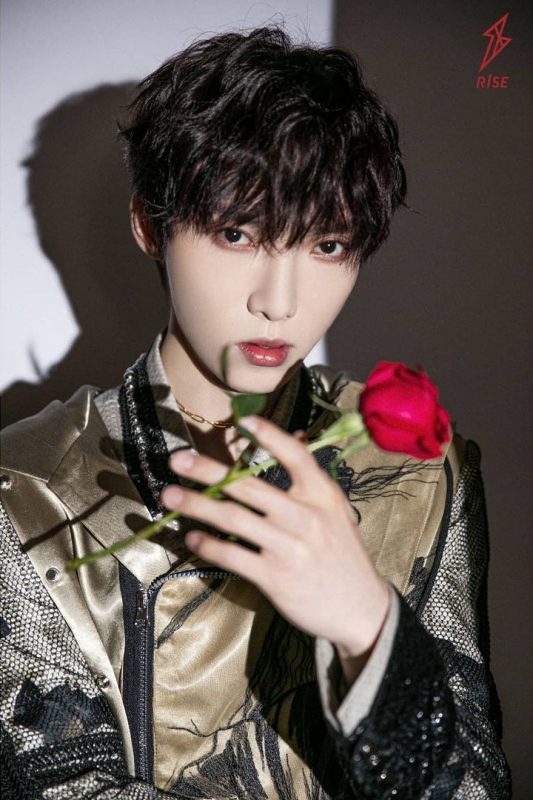 Zhao Lei Facts:
– He is under Wajijiwa Entertainment.
– Zhao Lei was born in Chengdu, Sichuan but moved to Xiamen, Fujian when he was young.
– Nicknames: Leilei, Lei-ge.
– He was a contestant on X-FIRE.
– Zhao Lei debuted in 2016 as a member of X-NINE.
– His hobbies include playing the guitar, piano, and ukulele.
– His fans are called “Xiao Tuan Zi”, which translates to “Little Dumplings.”
– He loves to travel. When he turned 18, he travelled to Turkey by himself.
– Zhao Lei is currently attending the Shanghai Conservatory of Music studying theatre, and ranked #4 on his art exam.
– He owns two pet hamsters.
– Zhao Lei has a very soft personality and is a neat freak.
– He loves taking selfies.
– He has a younger sister.
– He is roommates with Yan Xujia.
– Zhao Lei ended Produce Camp as Rank 10 with 7,503,760 votes. 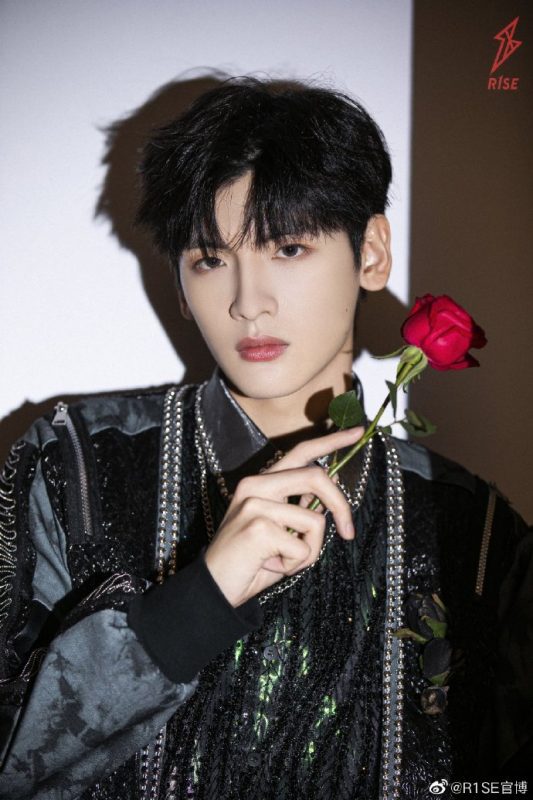 Zhai Xiaowen Facts:
– He is under Wajijiwa Entertainment.
– Xiaowen is from Jinan, Shandong.
– He was a contestant on season 2 of The Coming One and finished in the top 9.
– He played a minor role in the drama “Unrequited Love.”
– Xiaowen loves to praise himself.
– His favorite animal is penguin.
– He has a kitten also named Xiaowen (cement).
– He is roommates with Xia Zhiguang.
– Xiaowen ended Produce Camp as Rank 6 with 10,581,322 votes.
Show more Zhai Xiaowen fun facts… 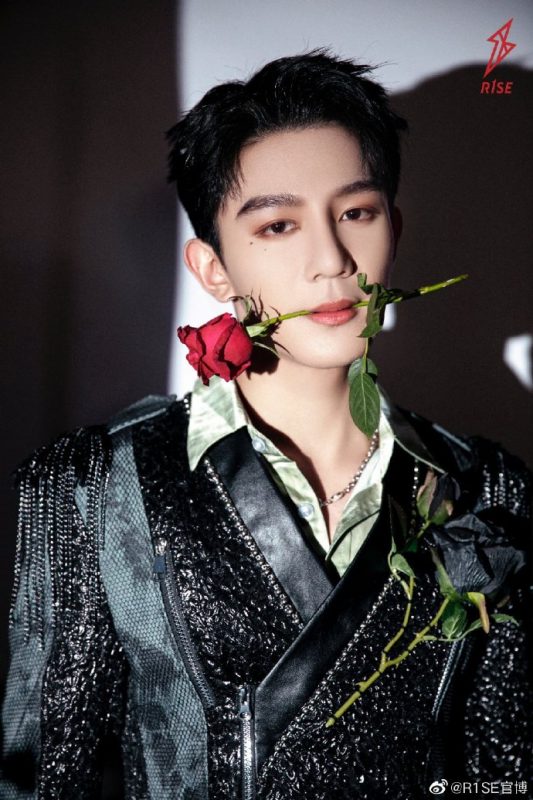 Xia Zhiguang Facts:
– He is under Wajijiwa Entertainment.
– Zhiguang is from Hefei, Anhui.
– Nicknames: Guangguang, Guang-ge
– He was a contestant on X-FIRE.
– Zhiguang debuted in 2016 as a member of X-NINE.
– His name translates to “summer light.”
– His fans are called “Ji Guang”, which translates to “Aurora.”
– Zhiguang owns 3 cats: Tuomei, Youtiao, and Jiuijiu.
– He is currently attending Shanghai Theatre Academy studying performance, and ranked #3 on his art exam.
– He studied traditional Chinese dance.
– He is roommates with Zhai Xiaowen.
– Zhiguang ended Produce Camp as Rank 4 with 11,107,051 votes. 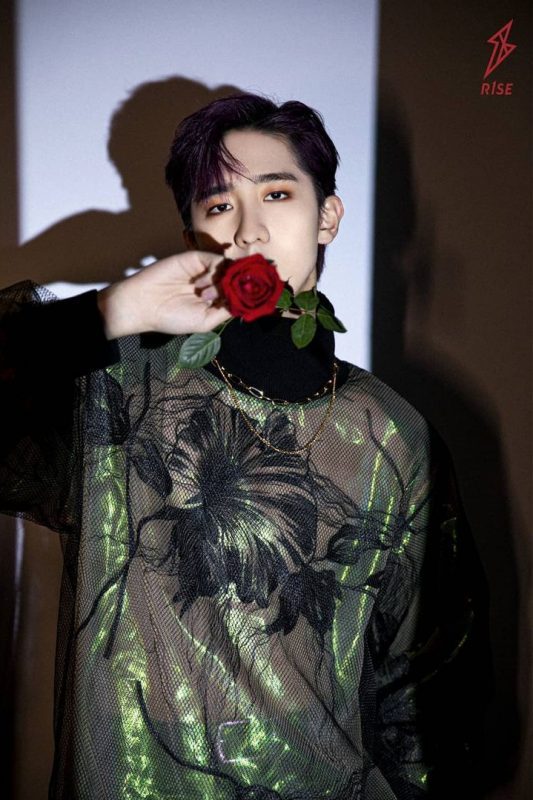 Zhao Rang Facts:
– He is under SDT Entertainment.
– Zhao Rang is from Guangzhou, Guangdong.
– He trained under FNC Entertainment from 2014 to 2017.
– Zhao Rang loves Spongebob.
– He is a fan of EXO and posts lots of covers of their dances.
– He is roommates with Liu Ye.
– Zhao Rang ended Produce Camp as Rank 11 with 7,498,972 votes. 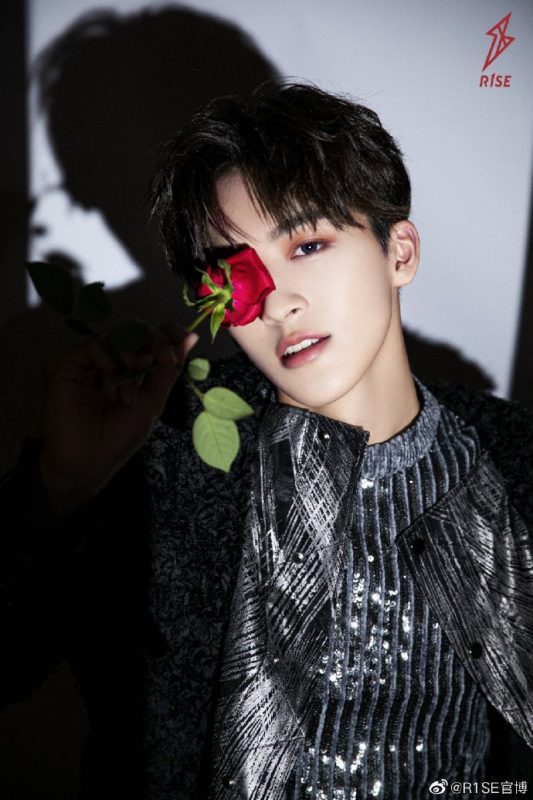 He Luoluo Facts:
– He is under Original Plan.
– Luoluo is from Hangzhou, Zhejiang.
– His hobbies include playing the saxophone and collecting shoes.
– Luoluo debuted in 2017 as the leader of Yian Music Club.
– He has a pet dog named Snowball.
– He is known for his wink.
– He is roommates with Ren Hao.
– Luoluo ended Produce Camp as Rank 2 with 13,652,312 votes. 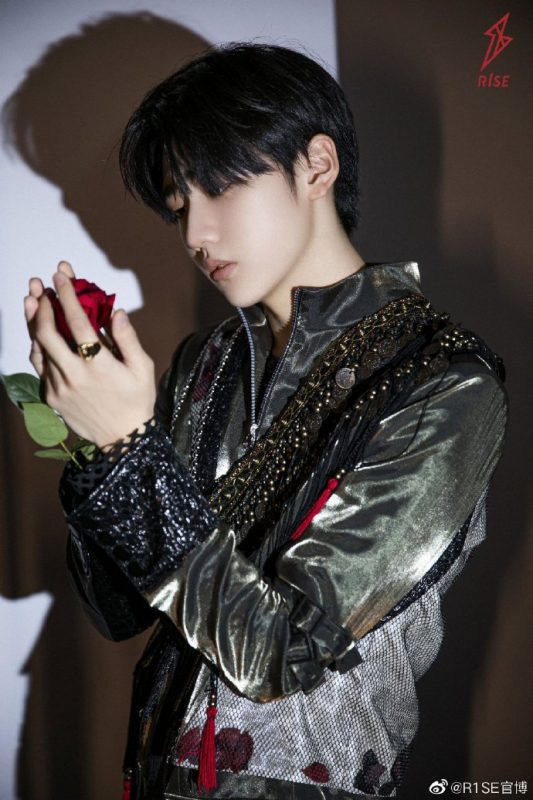 Yan Xujia Facts:
– He is under Wajijiwa Entertainment.
– Xujia is from Yantai, Shandong.
– Nickname: Jiajia
– His hobbies include playing the piano and rap composition.
– He was a child actor and still acts occassionally.
– He was a participant on X-FIRE.
– Xujia debuted in 2016 as a member of X-NINE.
– His fans are called “Jia Fei Mao”, which translates to “Garfield.”
– He speaks English, and his English name is “Davis.”
– He used to wear braces.
– Xujia has a younger brother.
– He shot an English learning commercial with Cai Xukun of Nine Percent when he was younger.
– He loves to do popular dance moves (especially dabbing).
– He is roommates with Zhao Lei.
– Xujia ended Produce Camp as Rank 3 with 11,164,384 votes.

Who is your R1SE bias? Do you know more facts about them? Feel free to comment below. 🙂 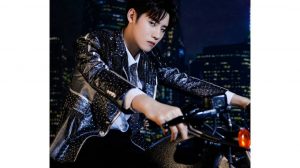 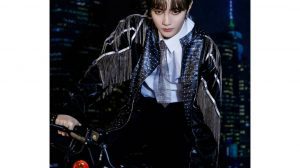 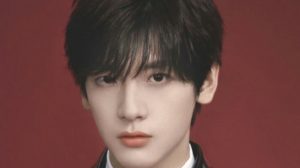 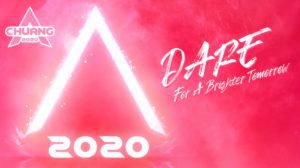