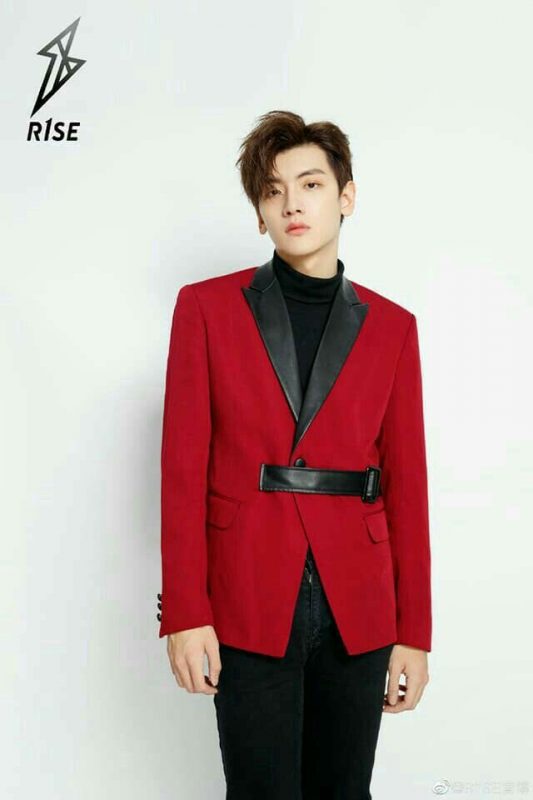 Zhai Xiaowen (翟潇闻) is a Chinese Singer, Actor, Dancer, and member of R1SE. Zhai Xiaowen debuted on June 8, 2019, as a member of the Chinese Boy group R1SE. On August 18, 2018, he debuted as an actor in his first film and television drama, co-starring with Hu Yitian and Hu Bingqing, starring in the youth campus drama “Secret Love in Huainan” as Xu Zhian.

Zhai Xiaowen Facts:
–Born in China, Shandong Province, Jinan.
–Currently a member of the boy music group R1SE.
–Nickname: Wen Wen, Xiao Zhai, Zhai Yiping, Zhai Cute, Little Bitter Gourd, Shandong Gu King, Little Penguin, Dashun, Shunzai.
–On April 6, 2019, he participated in the Tencent Video Boy Group selection program ” Produce  Camp 2019 ” and won the sixth place and became a member of the Boy group R1SE.
–Language: Mandarin, Shandong dialect, Basic English, and a little bit Korean.
–His fan name is “Little Penguin”, and the support color is “Melt Light Blue” #00E8FF.
–He had the idea of ​​being an entertainer originated from watching “Returning the Pearl Gege” at home when he was a child.
–After going to college, He was invited by the talent show director.
–Later, he released his music-related works on the platform under the name “Yes, Zhai Xiaowen”.
–In 2018, as a contestant, he participated in the Tencent video talent entertainment show “The Coming One 2” and won the top 9 of the Prosperous Beauty Track.
– During Produce Camp he was known as an energetic and handsome, tall guy.
– He wears glasses.
– He now has 2 cats.
– He likes to eat cereal.
– He is closest to Xia Zhiguang.
– Xiaowen Ranked 6 with 10,581,322 votes on Produce Camp 2019.
– He calls himself handsome and graceful xiao wen xd.
– His favorite animal is penguins, frogs, sloths.
– He likes to play with members and sometimes likes to annoy them.
– He is really funny, talkative.
– He often wears clothes in blue, white and black.
– His favorite color is Light Blue.
– He can cook.
– He is known for his light and low vocals.
– It’s hard for him to sit or stand still he keeps touching things.
– He also has a pet dog.– Education: In 2017, was a student in the Computer Department of the School of Information and Art, Shandong Business Vocational and Technical College.
– Nationality: Han.
– He is the mode maker of the group alongside Zhiguang and Zhennan.
–He also had a pet dog.
– In 2019, he participated in the Tencent video youth group training program ” Produce Camp 2019 “.
– On June 8th, he released the debut song “R.1.S.E” with R1SE.
– When he was an ordinary college student majoring in computer and art at the time and received three invitations from the director group of “Children of Tomorrow”.
–First, when he was invited by Produce Camp, He thought he had encountered a “liar” and couldn’t believe the authenticity of this “opportunity”. He didn’t really believe it until the director group sent a private message to him on Weibo for the fourth time and saw the blue V logo of his Weibo account. A somewhat amusing way to start with the entertainment circle, quite like Zhai Xiaowen.
–In 2018 he also participated in the singing of the theme song “Call My Name”.
–On May 29th, participated in the “Mageline Skin Care” Mageline 5th Anniversary Ceremony in Beijing Phoenix Center.
–He is also a Model.
–Zhai Xiaowen also participated in the shooting of “VogueMe” and other fashion magazines.
–September 6th, with R1SE, he won the annual group award of the GQ Men Of The Year Person of the Year Ceremony of the Zhizu.
–On October 12, participated in the youth sports entertainment cross-border program “Supernova National Games Season 2”.
–October 31st, with R1SE, he won the most popular new group award of the year at the Asian New Songs Chart Festival.
–On December 3, he won the “Inheritance·Beauty” annual group award of fashion COSMO with R1SE.
–On December 9, The combination EP “The Sound of Burst ” won the TMEA Tencent Music Entertainment Festival Best Group Album of the Year Award.
–In 2018, He also organized the “WE ARE R.1.SE-2019 R1SE National Tour Concert” with R1SE.
–On July 28, 2020, the drama “Dear Mom and Dad”, which he participated in, was launched in Beijing, playing Li Bing.
–Cheer slogana: “You can pick stars in your hand.”, “I can hear Zhai Xiao.”, “Few stars, only Xiao Wen.” “The island pulls the stars, and Zhai Xiaowen is deep in love” (2020 birthday slogan).
–His fans were originally called “Little Devil”; during the creation camp competition, the official support club and Zhai Xiaowen himself discussed the final name “Little Penguin.”

Do you like Zhai Xiaowen?
Total Votes: 2525
×
You or your IP had already vote.

Do you like Zhai Xiaowen? Do you know more facts about him? Feel free to comment down below. 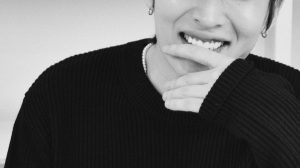