Jiyeon (지연) is a South Korean singer, actress and member of a girl group T-ara. In April, 2018 she signed an exclusive contract with Chinese agency Longzhen Cultural Development after her previous contract with MBK Entertainment expired in December, 2017. She debuted as a singer in July, 2009 with T-ara‘s single “Lie”, as a solo singer on May 20, 2014 with EP “Never Ever” and as an actress on August 5, 2009 in crime horror drama series “Soul”.

Jiyeon Facts:
– Born in Seoul, South Korea.
– She went to Lila Art High School.
– She has an older brother.
– She likes nail art.
– She has a carefree personality.
– She doesn’t exercise to keep in shape.
– Her life role model is her mom.
– Her idols are singers Lee Hyori and G-Dragon.
– She loves action movies.
– She says she’s honest and speaks straightforwardly.
– She ate tteokbokki with friends after school.
– She says she has a lot of ageyo.
– She knows how to ride a skateboard.
– Her favorite dish is Seolleongtang.
– For her solo album debut, she wanted to have a boyish and manly look.
– She doesn’t know how to do her makeup since she has no interest in it.
– She’s a member of a girl group T-ara since their debut in July, 2009.
– She was the first T-ara member to start solo activities as a singer.
– She doesn’t care a lot about clothes and things she wears.
– She said she’s ignorant when it comes to beauty and fashion.
– She’s best friends with singer and actress IU and actress Yoo In-na.
– She watched all Jackie Chan’s movies as of 2014.
– She prefers hearing that she’s “cool” instead of “sexy”.
– She wants to travel with her family.
– Her roommate was T-ara‘s Hyomin.
– She’s afraid of strangers.
– She has a level 3 certificate in taekwondo.
– In 2008 she participated in the SMART Model Contest alongside EXO’s Chanyeol.
– When she was young her dream was to become a Taekwondo master.
– She didn’t desire to become an actress but it was a solo activity opportunity that she decided to take.
– Some of her favorite tv shows are “Reply 1994”, “Sherlock” and “Gossip Girl”.
– She wants to socialize with guys but she says there aren’t many of them in her surroundings.
– One of her favorite movies is “My Love from the Star” that she even learned Cheon Song-yi’s line from it.
– When it comes to acting she likes to figure out the character’s distinct personalities and the attributes of the characters she portrays.
– Her must-have products are Sisley Essence, Jo Malone Orange Blossom Perfume, and Shu Uemura Cleansing Oil (As of 2014).
– She didn’t have a stunt double for T-ara‘s “Cry Cry” music drama, so everything was done by herself what she found fun at the end of filming.
– She became a fan of actor Cha Seung-Won after watching a drama “The Greatest Love”.
– She appeared in SG Wannabe‘s “My love Crybaby” and “Saranghae” Music Videos.
– When the T-ara members were revealed, Jiyeon was noted as a “look-a-like” idol due to her resemblance to Kim Tae-Hee, ending with malicious comments under her name until she starred in the drama “God of Study” making people like her.
– She dated actor Lee Dong-gun in 2015.
– During the filming of the movie “Death Bell 2” she was taken to the hospital.
– She believes the late 20s is the age when a woman is the most beautiful.
– During T-ara‘s tour in Japan, a dancer broke her nose with an elbow.
– Ideal Type: A friendly and kind person. Just being kind is enough for her. She also likes sophisticated guys. In another interview when asked about her ideal type she said ” I really like Lee Chun-Hee sunbaenim. I have already sent him 5~6 video messages expressing my feelings, but haven’t gotten any replies. I wish I could get even one reply. “

profile made by ♡julyrose♡
(Special thanks to AsianWiki, t-araworld.net, Miyo Chan!)

Which of the following Jiyeon's roles is your favorite?
Total Votes: 1019
Voters: 848
×
You or your IP had already vote.

Do you like Jiyeon? Do you know more facts about her? Feel free to comment down below.😊 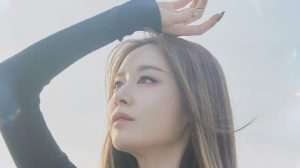 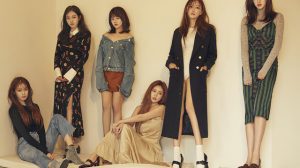 Poll: Which T-ara’s song is the best of em’ all? 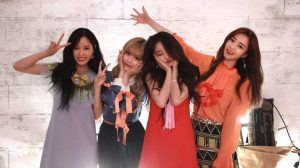 Quiz: How Much Do You Know T-ara?