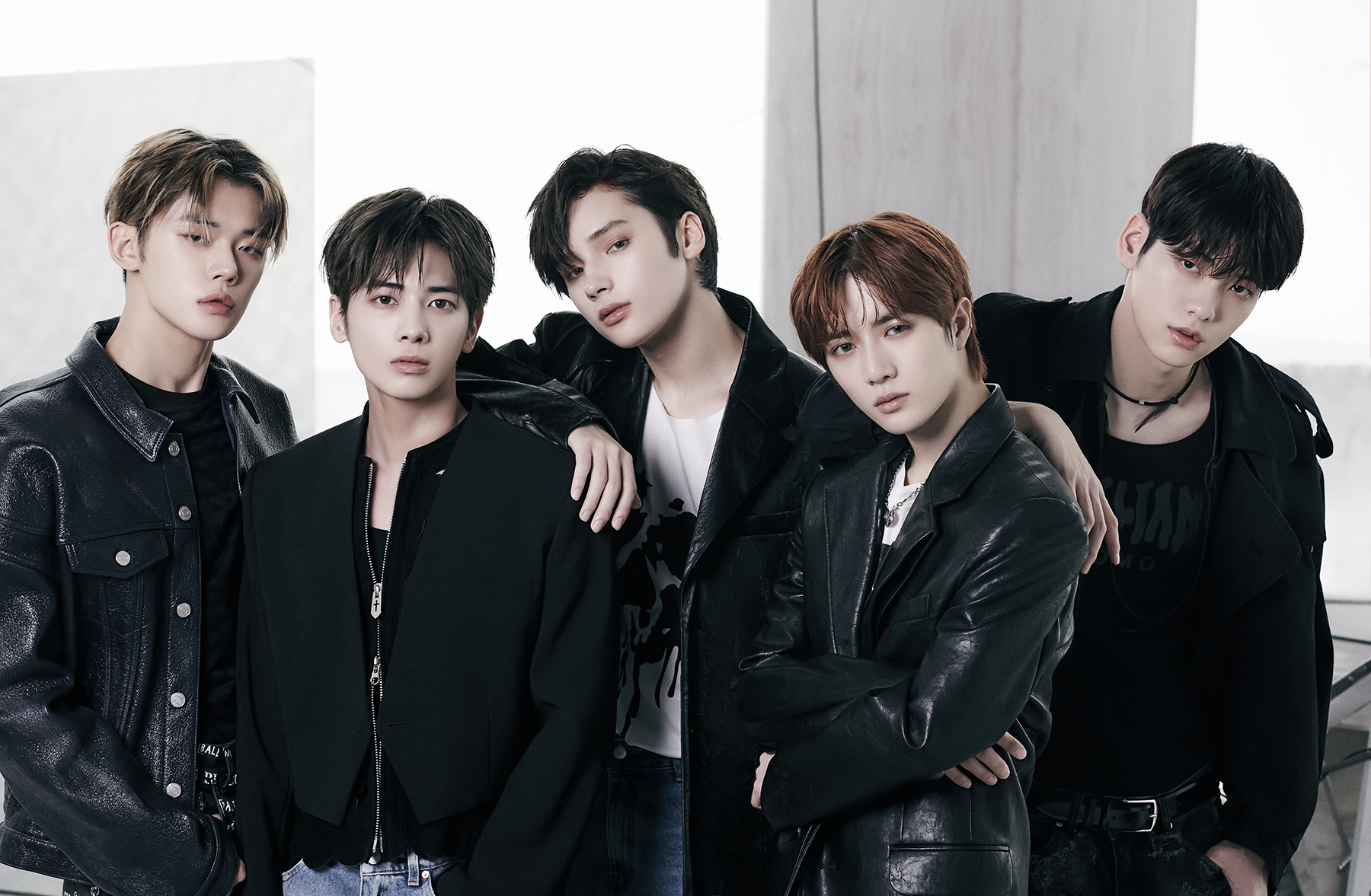 TXT (투모로우바이투게더), also known as TOMORROW X TOGETHER, is a 5-member boy group formed by Big Hit Music (part of HYBE Labels). The group consists of: Yeonjun, Soobin, Beomgyu, Taehyun and Huening Kai. They debuted on March 4th, 2019 with their first mini-album ‘The Dream Chapter: STAR’. There are no set positions within the group, it changes each comeback/song. 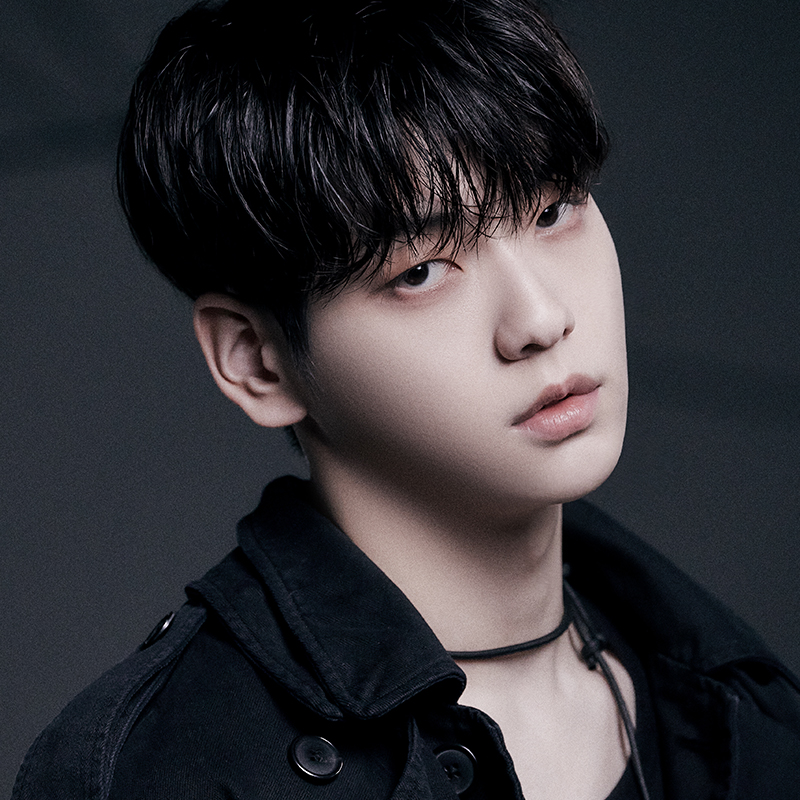 Soobin Facts:
– Soobin is from Sangnok-gu, Ansan, Gyeonggi-do, South Korea.
– Soobin was the 2nd member to be revealed on January 13th, 2019.
– His representative animal is a Praying Mantis. (Questioning Flim)
– His representative flower is an Anemone. (Questioning Flower)
– At the end of his Questioning Film, the morse code translates to “Tomorrow”.
– His fandom name is “Soobrangdan” or “Soobders”.
– Family: Dad, mom, an older brother (6 years older), and an older sister (10 years older).
– Hobbies: Reading and listening to music.
– Soobin has dimples.
– Soobin’s nicknames from Kmedia are: ‘Shy Flower Boy/Flower Boy’, ‘Pure and Clear visual’, ‘Flower-Shaped Sunshine’, ‘Flower Prince’.
– Soobin can endure anything but dieting, he loves bread. (Community Site)
– Soobin isn’t a picky eater, but he can’t take spicy food well. (Community Site)
– Recently, his favorite food is tteokbokki. (“To Do” Ep. 61)
– He loves ice cream and bingsu.
– Soobin winks whenever one of his members and his eyes meet. (Debut Showcase)
– He has a dog named Sean and adopted a hedgehog, Odi (April 2)
– Soobin is shy to people he first meets. (Community Site)
– He is the tallest known idol/trainee under BigHit.
– Fans say he looks like ASTRO‘s Sanha and BTOB‘s Minhyuk.
– He can’t live without almond milk and has said he’d be happy to receive it for his birthday any time.
– He is the “spelling police” as he’s always correcting his friends spelling errors.
– Soobin reads a lot of life-helping books. (TALK X TODAY Ep.1)
– Yeonjun says Soobin is in charge of power in the group. (TALK X TODAY Ep.1)
– His shoe size is 280mm.
– His favorite fruit is mangosteen.
– A long time back, Soobin used to dance with 14U‘s Gyeongtae.
– His favorite animal is raccoon. (Spotify K-Pop Quiz)
– Soobin sees himself as a rabbit. (Fansign 150319)
– His favorite colors are sky blue and yellow. (Fansign 150319)
– Soobin’s favorite movie is “Avengers: Infinity War“. (Fansign 150319)
– At his home, his family calls him ‘turtle’. (Fansign 150319)
– He is a big fan of BTS‘ Jin.
– He was an MC on Music Bank alongside Oh My Girl‘s Arin.
Show more Soobin fun facts… 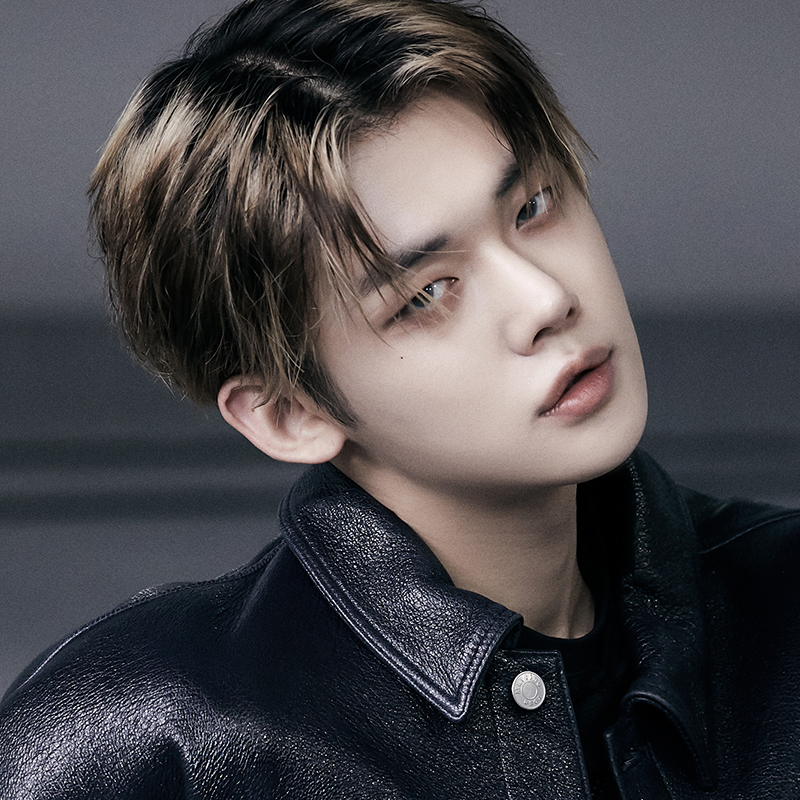 Yeonjun Facts:
– He was born in Seoul, but spent his middle and high school days in Seongnam, South Korea.
– Yeonjun was the 1st member to be revealed on January 10th, 2019.
– His representative animal is a pupae. (Questioning Film)
– His representative flower is a Tulip. (Questioning Film)
– At the end of his Question Fim, the morse code translates to “Promise”.
– His fandom name is “Moawajjunie”.
– Family: Dad, mom.
– His uniqueness is his monolids. (Debut showcase)
– Hobbies: Dancing, skating, eating. (Debut showcase)
– His introduction video surpassed 1 million views within the first 24 hours.
– He did a commercial for a ramen brand.
– Yeojun ranked 1st on dance, rap and vocals when he was a trainee.
– Yeonjun speaks English.
– His favorite fruits are apples and bananas.
– Yeonjun is the fake maknae.
– Yeonjun created the TXT hand logo/gesture. (Soompi)
– Yeonjun said he has been a trainee for 5 years.
– Fans had thought Yeonjun was a backup dancer for BTS‘ V‘s ‘Singularity‘ live stages and MV, but he recently announced that he wasn’t.
– He also appeared on San E and Rainia‘s ‘A Midsummer Night’s Sweetness‘ back in MMA 2014.
– He is the oldest member of the group.
– He has an ear-piercing.
– He is a former CUBE Entertainment trainee.
– His favorite animals are Welsh Corgi dogs and pandas. (Spotify K-Pop Quiz)
– Yeonjun is a fashionista. (TALK X TODAY Ep.1)
– Yeonjung is good at games. (TALK X TODAY Ep.1)
– Yeonjun is broad-shouldered. (TALK X TODAY Ep.1)
– Yeonjun has a nickname given by members: “Yeonttomeok” (meaning he continues to eat again). (TALK X TODAY Ep.3)
– Yeonjun likes J Cole. (TALK X TODAY Ep.3)
– Yeonjun loves the movie “The Intern”. (Fansign 150319)
– Yeonjun lived in the U.S for 2 years since he was 9 years old. (Fansign 150319)
– Yeonjun went to elementary school in America. (TALK X TODAY Ep.2)
– When he lived in America, he stayed in San Jose, California. (Idol Room)
– Yeonjun likes soju, beer and a mixture of both. (Fansign 150319)
– He loves Americano. (“To Do” Ep. 61)
– He recently got interested in fashion. (“To Do” Ep. 61)
– His favorite colors are purple (Fansign  150319) and blue. (Spotify K-Pop Quiz)
– He’s currently an MC on Inkigayo.
– Yeonjun’s Ideal Type: He says his ideal type is the fans. (Fansign 150319)
Show more Yeonjun fun facts… 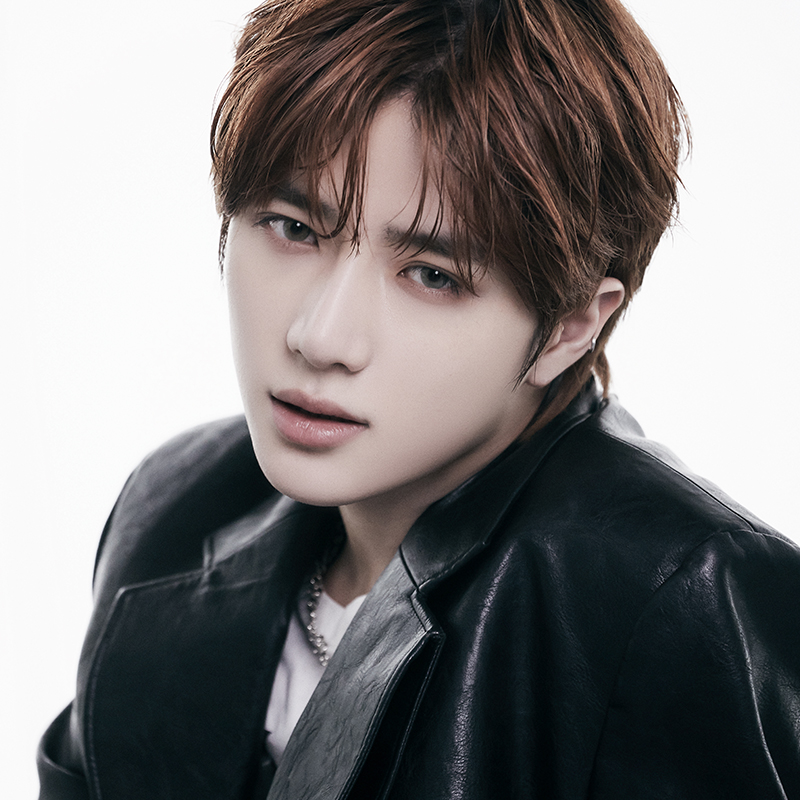 Beomgyu Facts:
– He was born in Taejeon-dong, Buk-gu, Daegu, South Korea.
– Beomgyu was the 5th and last member to be revealed on January 20th, 2019.
– His representative animal is a butterfly. (Questioning Film)
– His representative flower is Poppy. (Questioning Film)
– At the end of his Questioning Film, the morse code translates to “Hope”.
– His fandom names are “Bamtori”, “Beombadan” and “Wolftoris”.
– Family: Dad, mom, an older brother.
– Hobbies: Playing guitar. (Debut showcase)
– His nicknames are ‘Bamgyu’ and ‘Cookie’. (Debut showcase)
– Beomgyu has the Daegu Satoori accent. (Debut showcase)
– He can play the guitar. (Debut showcase)
– Kai confirmed that Beomgyu is the center and a visual at a fansign.
– Beomgyu calls himself a Tiger because ‘Beom’ means ‘Tiger’.
– He is an ARMY (BTS fan).
– Beomgyu has dimples.
– His favorite season is spring. (Fansign 140319)
– He is a student at Hanlim Multi-Arts School.
– He has been a trainee for BigHit for 3 years.
– His favorite fruit is strawberries.
– He is the mood maker of the group.
– He is good at English.
– Beomgyu talks in his sleep to the members.
– He is very good at school and had the best marks among his classmates.
– His favorite animals are bears and parrots. (Spotify K-Pop Quiz)
– Beomgyu likes garlic bread. (TALK X TODAY Ep.3)
– Beomgyu’s favorite colors are pink and white. (Spotify K-Pop Quiz)
– Beomgyu has his own studio. (TALK X TODAY Ep.3)
– Beomgyu used to stay up all night writing songs for his members. (TALK X TODAY Ep.3)
– Beomgyu is good at claw games. (TALK X TODAY Ep.4)
– He is in a friend group called 이즈 (ee-z) with Stray Kids I.N, Enhypen Heeseung and Just B Lim Jimin. (Beomgyu’s vLive – Dec 2, 2021)
– His favorite movie is “August Rush”. (Fansign 150319)
– Beomgyu and Taehyun are the early birds. (After School Club)
Show more Beomgyu fun facts… 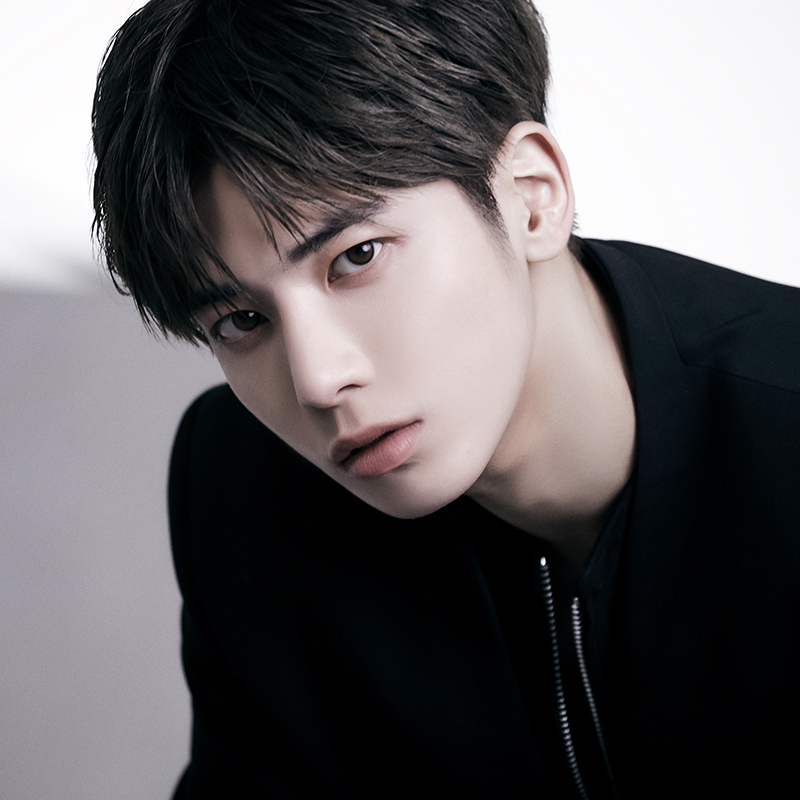 Taehyun Facts:
– Taehyun is from Gangnam-gu, Seoul, South Korea.
– Taehyun was the 4th member to be revealed on January 17th, 2019.
– His representative animal is a caique parrot. (Questioning Film)
– His representative flower is a Daffodil. (Questioning Film)
– At the end of his Questioning Film, the morse code translates to “Clue”.
– His fandom name is “Solomon”.
– Family: Dad, mom, older sister (4 years older).
– Hobbies: Swimming and football. (Debut showcase)
– He is a student at Hanlim Arts School.
– Taehyun likes sweet things including Caramel Frappuccino. (Community Site)
– Taehyun is someone who focuses on the present more than worrying about the future. (Community Site)
– He doesn’t like mint chocolate chip ice cream. (Fanmeeting 030619)
– He is left-handed.
– Taehyun sleeps with his eyes open and they don’t close all the way. (vLive)
– He is mature and passionate. (Debut showcase)
– Taehyun used to do educational videos teaching kids how to speak English when he was a little kid.
– He has a sister who also speaks English.
– He likes photography.
– According to Korean netizens, he was in one or more local advertisements.
– Yeonjun says Taehyun is in charge of passion and fashion in the group. (TALK X TODAY Ep.1)
– Taehyun can’t eat spicy food. (TALK X TODAY Ep.1)
– Taehyun is very strong. (TALK X TODAY Ep.4)
– He sees himself as a cat. (Fansign 150319)
– He has been a trainee for 3 years. (Fansign 150319)
– His favorite movie is “Inception”. (Fansign 150319)
– His favorite color is yellow. (Fansign 150319)
– Taehyun has a cat named Hobak. (which means pumpkin in English)
– Taehyun, Beomgyu and Kai have the top bunks. (After School Club)
– The first thing he orders at a cheap snack restaurant is peach flavored juice. (TXT, ㅋㅋ DANCE ( KK DANCE))
– He is a big fan of BTS’ Jungkook.
Show more Taehyun fun facts… 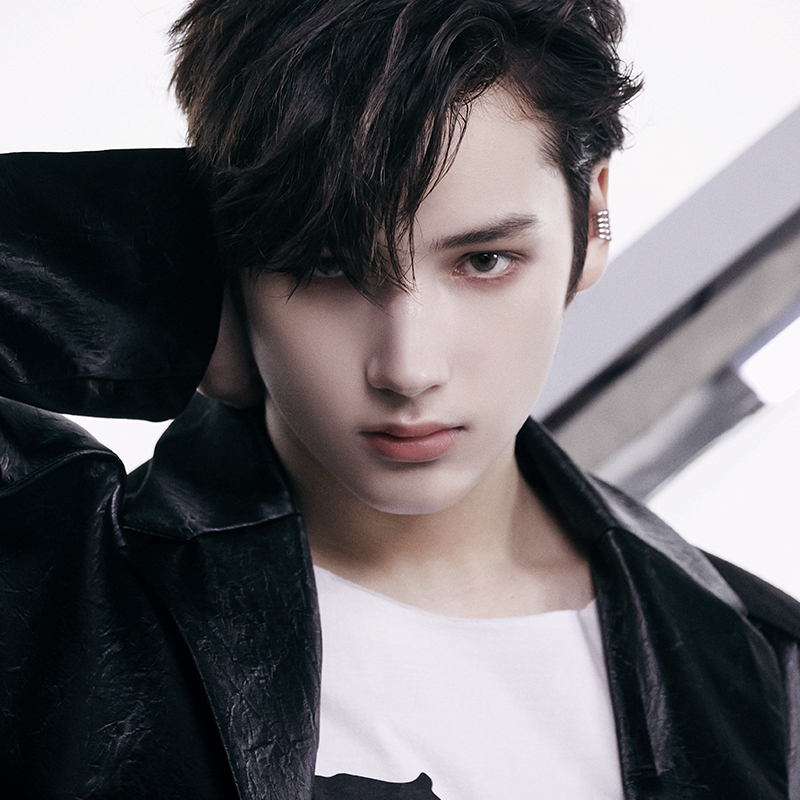 Huening Kai Facts:
– He was born and lived in Hawaii, USA for a month, stopped by S. Korea to meet his family, then moved to China and lived there for around 7 years. He moved to S. Korea in winter when he was 8. (Weverse Q&A)
– His mother is Korean and his father, Nabil David Huening is German.
– He also has Polish and Scottish roots from his father’s side.
– Kai was the 3rd member to be revealed on January 15th, 2019.
– His representative animal is a leopard gecko. (Questioning Film)
– His representative flower is an Icelandic Poppy. (Questioning Film)
– At the end of his Questioning Film, the morse code translates to “Secret”.
– His fandom name is “Ningdungie”.
– Family: Dad, mom, older sister (Lea), younger sister (Bahiyyih).
– His nicknames are ‘Hyuka’ and ‘NingNing’.
– Kai is nicknamed the ‘diamond maknae’.
– Hobbies: Playing instruments
– His favorite fruit is pineapple.
– He is very stiff (tense). (Debut showcase)
– His father is also a musician and released an album in 2007 called ‘Virtues In Us’ in both English and Chinese.
– He can play the drums, guitar, piano and the flute.
– He can speak 6 languages: Portuguese, German, Japanese, Mandarin, Korean and English.
– He studied at Yongmun Middle School and Lila Art Highschool, but has been transferred to Hanlim Multi Art School since the second half of 2019.
– He is the first foreigner to debut under BigHit.
– His favorite foods are seafood, pizza (Spotify K-Pop Quiz) and pasta (To Do ep 61).
– Kai’s favorite global artist is Bruno Mars. (vLive)
– Kai has long legs and arms. (TALK X TODAY Ep.1)
– Kai likes penguins and otters. (TALK X TODAY Ep.5)
– He sees himself as a unicorn. (Fansign 150319)
– He is a scaredy-cat but watches horror movies. (Fansign 150319)
– He was in South Korea for kindergarten for a short time. (Fansign 150319)
– His favorite movies are “August Rush” & Spiderman 1, 2, 3. (Weverse Q&A)
– His favorite colors now are: turquoise > mint > sky blue > black. (Weverse Q&A)
– Huening Kai’s ideal type: “I don’t have much of an ideal type yet. Someone who I can laugh together with and share my true feelings with.”; He is also not picky but prefers short hair over long hair. (Weverse Q&A)
Show more Huening Kai fun facts…

Who is your TXT bias? Do you know more facts about them? Feel free to comment below. 🙂 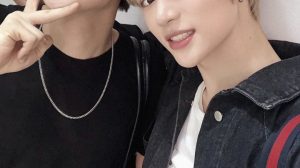 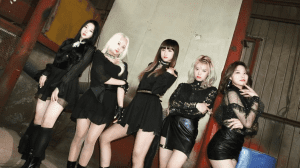 ults: nct, txt, ateez, svt
if you have issues please put them in the comments <3