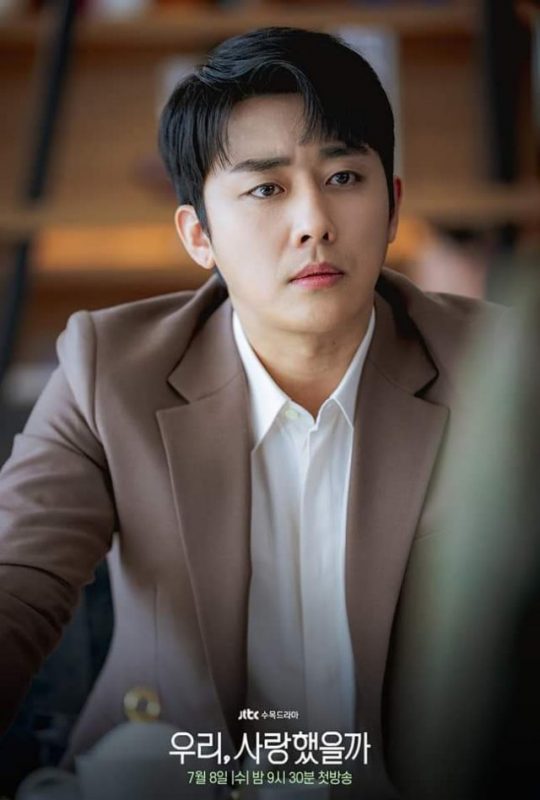 Son Ho-jun (손호준) is a South Korean actor under YG Entertainment. He made his acting debut in the television series Jump 2 in 2006.

Son Ho-jun Facts:
— He was born in Gwangju, South Korea.
— He has an older brother.
— Education: Songjungseo Elementary School, Kwangdok Middle School, Kumho High School, Songwon University (Department of Entertainment).
— He used to read the horoscope section in newspapers when things didn’t go well for him. (The Swoon)
— According to actress Song Ji-Hyo, he is good at improvising.
— He doesn’t make a lot of bloopers because he memorizes his lines well.
— He thinks he is not a person with aegyo.
— He enjoys time alone on his days off.
— He is nice at least to his friends.
— Two words that describe him the best are “shy” and “introverted” according to him.
— He is simple-minded.
— Emoji he uses often is a blushing smiley face.
— His most memorable line from WAS IT LOVE? is “I’ve missed you”.
— Variety shows are difficult for him.
— He likes beer and would like to do a commercial for it.
— He likes to have conversations over a drink.
— He refers to his WAS IT LOVE? co-star Song Ji-Hyo as “noona”.
— He thinks that he doesn’t have his own “color” to appear on variety shows. (ESQUIRE Korea)
— He was filming WAS IT LOVE? and Three Meals A Day: Season 5 at the same time so in some scenes of WAS IT LOVE? you can notice him keeping his hands in pockets to hide the tan from shooting Three Meals A Day. (ESQUIRE Korea)
— He picks horror over romance, spicy seafood noodles over black bean noodles, kimchi stew over soybean paste stew, summer over winter, SUV over Sedan. (ESQUIRE Korea)
— He was born in the Year of the Rat.
— He made his music debut in 2007 as the leader of the K-pop boy band Tachyon.
— His specialty as a member of Tachyon was writing songs.
— Before debuting with Tachyon he was a model and a news anchor.
— He is a regular cast member of the variety show Three Meals a Day since 2015.
— Music videos he starred in are “Feel Your Breeze” by Tachyon (2007), “그 사람 (구두 Ⅲ)” by Seeya (2008), “못난 내 사랑” by Voice One (2009), “Apple is A” by T-ARA (2012), “Do you Know me?” by T-ARA (2013), “Feeling Only You” by Jung Woo, Yoo Yeon Suk, Sohn Ho Jun (2013), “More and more” by The SeeYa & Son Ho-jun (2014), “Pillow” by DAVICHI (2014), “Winter love” by ROCOBERRY & Son Ho-jun (2014), “Growing” by K.will (2015), “Compass” by Lee Juck (2017).
— News outlet The Fact reported that he is dating an actress Kim So-eun in 2015. Their representatives stepped forward saying it’s not true.
— He signed an exclusive contract with YG Entertainment that was announced on July 23, 2016.
— He is school friends with singer Yunho as they’re both from Gwangju. They used to have the same last 4 digits of the phone number that was Yunho‘s idea. [Home Alone Ep.237]
— He often verbally expresses his affection. (Entertainment Weekly)
— According to him, he is not that good at singing. (Entertainment Weekly)
— He knows singer Hong Jin-young since middle school. He treats her like one of his guy friends. (Entertainment Weekly)
— He is friends with actor Yoo Yeon-seok they got close while filming Replay 1994. Yeon-seok moved into the house next to him.
— He is attracted to girls that are polite to his friends, and the people around him when he introduces her to them. (Entertainment Weekly 2016)
— He tends to observe people and based on that he knows how to approach them. (Knowing Bros ep.237)
— Since he was little he wanted to get married early. Based on his parent’s relationship he wanted to be with someone who can be on his side. (Knowing Bros ep.237)
— His dad has cooking certificates for Korean, Chinese, and Japanese cuisine. (Knowing Bros ep.237)
— His nickname is “Ho Joo Na” (호주니) because of Three Meals A Day since Cha Seung Won always calls him that. (Knowing Bros ep.237)
—  His life goal is to be a good father. (Knowing Bros ep.237)
— His dream partner in Knowing Bros is Lee Soo-geun because he heard a lot of good things about him. (Knowing Bros ep.237)
— Son Ho-jun’s Ideal Type: “Im Soo-jung was my ideal type when I was young. I used to put beauty first but now I am attracted to respectful and considerate women”

Which of the following Son Ho-jun's roles is your favorite?
Total Votes: 580
Voters: 437
×
You or your IP had already vote.

Do you like Son Ho-jun? Do you know more facts about him? Feel free to comment down below.😊