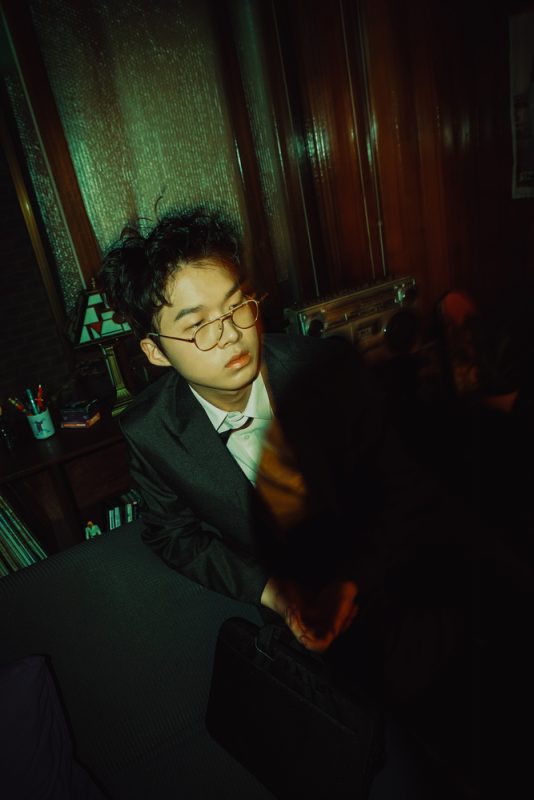 sokodomo (소코도모) is a rapper under Sony Music Entertainment Korea. He made his debut with the 2019 single “GO HOME”.

sokodomo Facts:
– He was born in South Korea. When he was 4 years old his family moved to the United States and lived there for 6 years, came back to Korea for 2 years, and went to Brasil for 4 years. Since 2015 he lives in Korea again. [Music Access]
– He is a part of the EUMCHA1LD crew.
– His nicknames are “Another Level”, “Alien”.
– His nickname “alien” is from a concept he had on High School Rapper 3.
– He usually is very calm but when he performs/works on music his ego comes out.
– He has a couple of egos and separates them with different emotions. e.g. sokodomo is a “turn up” ego with positive emotions. He also has an ego called “LaPamasaka” with anger and hate. The actual him Yang Seung-ho is calm, wants peace with good vibes that is always tired. [Music Access]
– Sokodomo means “Korean Child”. It is a combination of south korea with kodomo (こども) which means “child” in Japanese.
– He made his name known after appearing in Mnet’s High School Rapper 3 (2019). Since then, he has been gaining recognition from listeners for his own unique music and is becoming increasingly influential.
– He participated in Show Me The Money 777. He passed the rapper selection. However, he seems to have been eliminated from the rapper evaluation match as he did not appear in the fight money competition.
– It is said that he can speak five languages. Since his father is Korean and his mother is Japanese, he naturally learned Korean and Japanese in his family, and when he was a student, he learned English, Spanish, and Portuguese additionally because of his experience living in the United States and Brazil.
– Outside of music, he is praised for his acting skills that can be seen in his music videos.
– He collaborated with artists like Jay Park, Jay B, Ravi, SUMIN, Bryn, Haeil, and more.
– He was a guest on Arirang Radio’s Music Access on May 14, 2021. [VLive]
– He likes art.
– He considers himself weird.
– His charming point is his voice.
– His favorite alien is E.T.
– He has a photo of himself as phone wallpaper as of May 2021.
– A city that has a dear memory to him is Alabama.
– He thinks his childhood is kinda cringy after looking at his old photos/videos.
– His hidden talent is moving two pointing fingers together like a snake.
– He collects random things that are a part of him e.g. he bought a table.
– He can’t drink a lot of soju but drinks like tequila with a high alcohol level he can drink a lot.
– The title of his EP “…—…” from 2021 means SOS in morse code.
– Jay Park gave him a lot of support even before their first collaboration.
– He’d like to work with a girl group in the future and would like it to be KD/A.
– He is very ticklish.
– He tries not to do things that he can regret.
– His favorite pizza topping is pepperoni and pineapple.
– His favorite ice cream flavor is mint chocolate.
– His favorite coffee is iced americano that he drinks always, even in winter.
– If he could live one day as an item it’d be a dollar bill because he’d like to see happy people’s faces that need it.
– His favorite producer is sesåme. They worked together since 2017, know each other well, and their music tastes. Also, sesåme produced his full EP “…—…” (2021).
– A producer he wants to collaborate with is timberland.
– The nostalgia from living in different counties inspired him to start music where he presents different topics.
– His final goal as an artist is getting a Grammy as he never saw any Korean person winning it.
– His music recommendation is “Nice Boys” by Temporex that many people liked when he recommended it to them.
– He has a pollen allergy. [Music Access]
– He hopes to be more visible as an artist as of May 2021. [Music Access]
– He participated in GOALSTUDIO x MIC SWG 5 EP.01 in 2019. [YouTube]
– In 2020, he participated the odg YouTube video where he claimed to be an alien to children. [YouTube]
– He applied for Show Me The Money 10 through an online audition. [video]
– Featured on Lil Moshpit‘s ‘Yooooo‘ in April, 2022.
– He also featured on Lil Moshpit‘s ‘Gotta Lotta Shit‘.
– sokodomo’s Ideal Type: Someone weird like him. [Music Access 2021]

Do you like sokodomo?
Total Votes: 786
×
You or your IP had already vote.