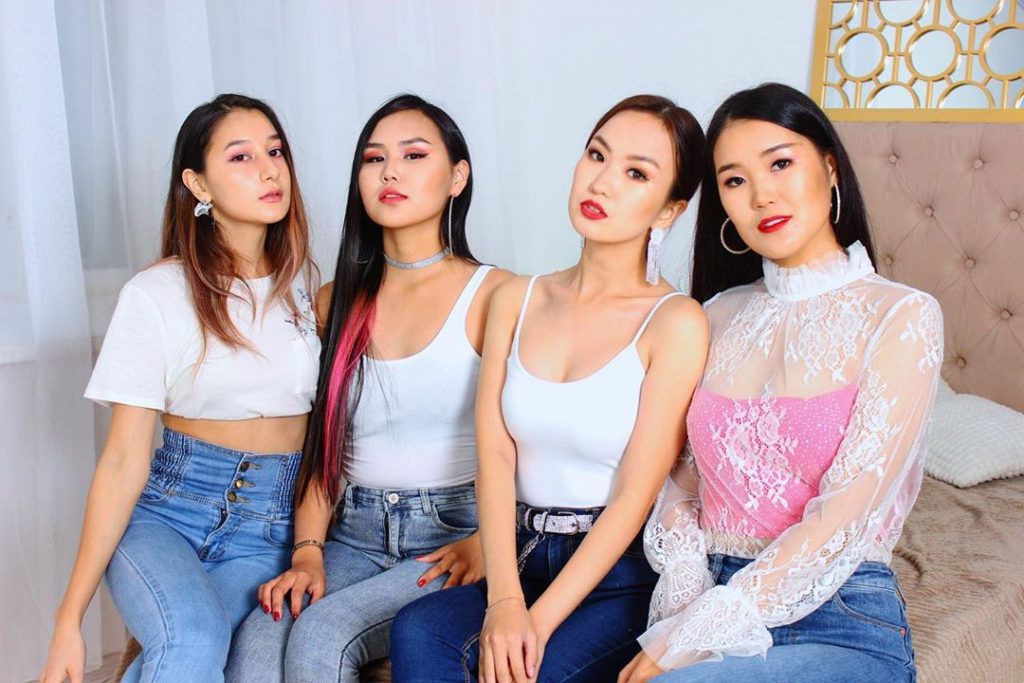 RoSe Gold is a Russian girl group originating from the Sakha Republic, Asian part of the Russian Federation. Their agency is Arctic Voice Music. The group consists of Sargylaаna, Aitalyyna, Sardaana and Kristina. They debuted in October 26, 2019 with a song “Jam Jam”. 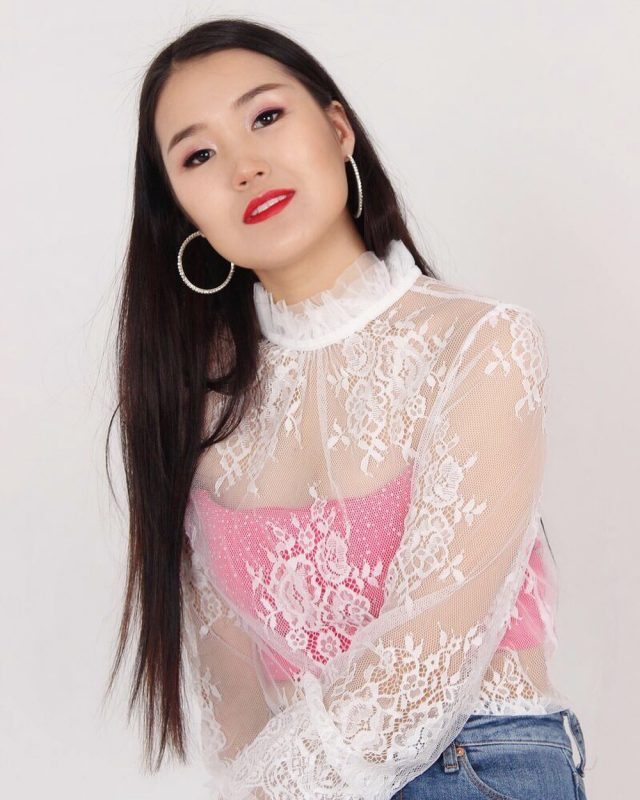 Aitalyyna Facts:
– She is from Berjighesteekh village, Gornyi district.
– Family: parents, younger sister.
– Graduated from North Eastern Federal University, Faculty of Medicine, Department of Logopedics.
– Loves dogs of Pomeranian kind.
– Loves cars, but not driving them.
– Her favorite seasons are spring and summer.
– Her favorite number is 3.
– Her favorite perfume is Chanel Chance, Tiffany & Co.
– Her hobbies are dancing and singing.
– She has been a fan of SHINee since 2013.
– She never went to the cinema alone.
– Out of all beverage drinks, she prefers ones made of sodium.
– Hates beetroots and mosquitoes.
– Had brackets.
– She had a dream to become a school teacher.
– She works in kindergarten as a child caretaker.
– She went to the casting for the future girl group after her friend encouraged her to try out.
– When she was in voyage in Seoul with her friends, she was lost. She and her friend had to ask locals how to get to their hotels. They asked one guy on the street about it, but he seemed too familiar for Aitalyyna, she saw him before. She later found out that it was SF9‘s Taeyang. 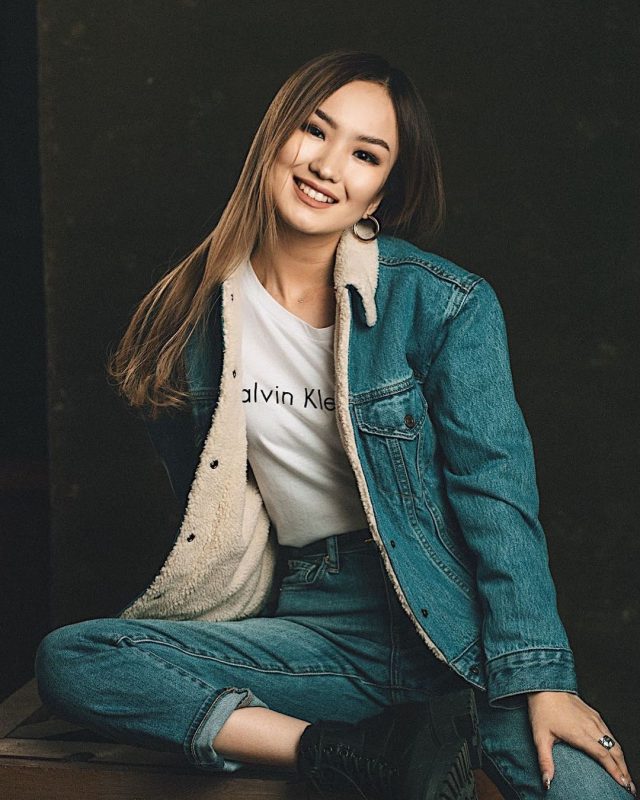 Sargylana Facts:
– She is from Namtsy village, Namski district.
– Graduated from North Eastern Federal University, Institute of Finance and Economics.
– She is the youngest child in her family.
– Her favorite colors are red, white and black.
– Her favorite movie is Fast & Furious.
– She loves watching nature.
– Her hobbies are sports, roller-skating, ice-skating, dancing and singing.
– She would like to visit France.
– She likes all kinds of food.
– She had a dream to become a president of Russia.
– She has a driving license.
– She likes learning foreign languages.
– She was an exchange student to South Korea for 6 months.
– She was a winner of the NEFU beauty pageant in 2019.
– She was a mathematics tutor.
– In school days, she was a member of debating, volleyball, basketball and chess groups. 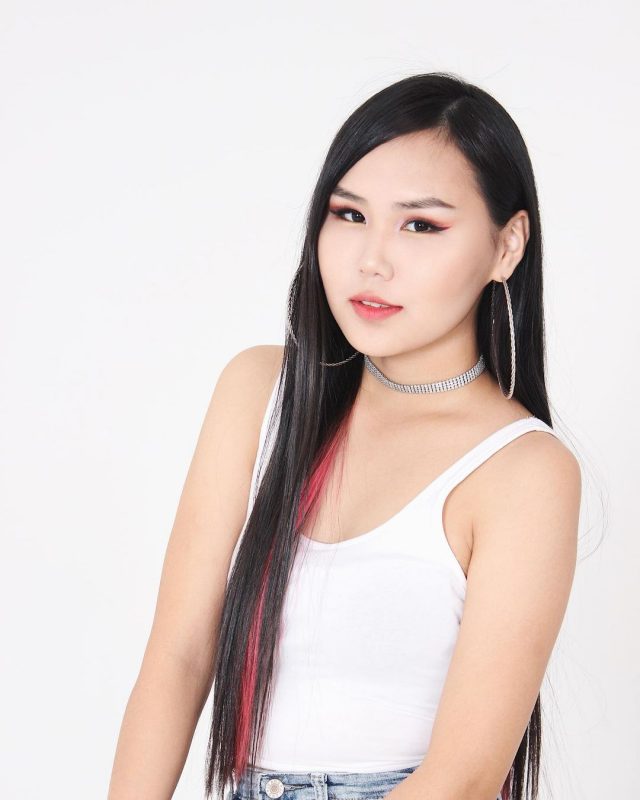 Sardaana Facts:
– She is from Gornyi district.
– She is a junior student of North-Eastern Federal University, Institute of Languages and Culture of the Peoples of the North-West of the Russian Federation.
– She loves romantic movies.
– Her favorite author is Cecilia Ahern.
– Her favorite colors are black and red.
– She loves tea very much.
– She has been practicing vocals since 11 years old.
– She prefers dogs over cats.
– She has a German shepherd male dog named Mukhtar.
– Her hobbies are watching anime and Asian dramas and reading foreign literature.
– She loves works of Hayao Miyazaki.
– Has been to many Russian and foreign cities for participating in concerts.
– She did not like to wear heeled shoes and skirts in her childhood.
– She was practicing gymnastics, when she was a child. She almost became a circus artist because of it.
– Had her own concert in the last year of junior high school.
– She went to the casting for the future girl group after her sister encouraged her to try out. 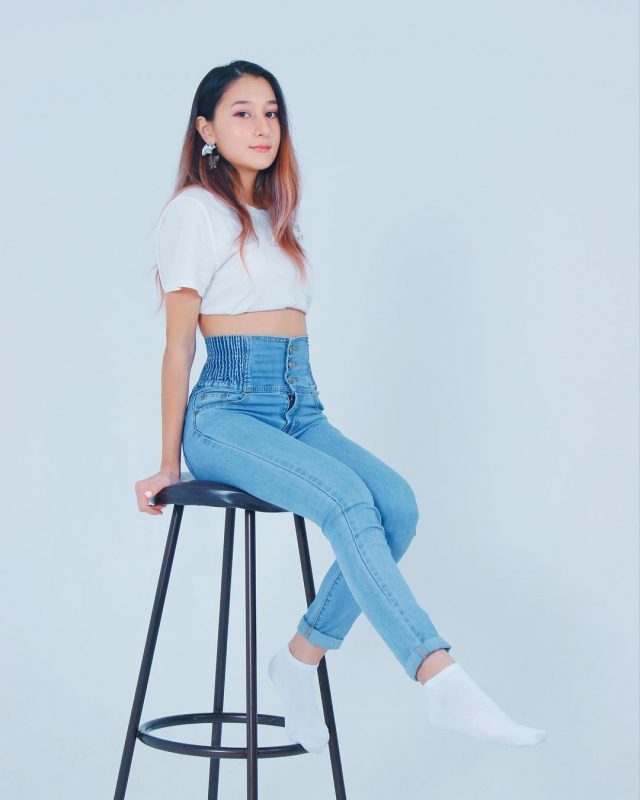 Kristina Facts:
– She is from Srednekolymskii district.
– Graduated from Yakutsk College of Finance and Economics.
– She is just learning Sakha language.
– Her hobbies are hip-hop dance, singing and drawing.
– She often watches cartoons.
– Her representative animal is a raccoon.
– She loves listening to music.
– She does not eat sushi.
– She has hamsters and turtles in her home.
– Could empty a pickles can in 5 minutes.
– She is scared of driving a car.
– She loved to watch criminal shows in her childhood.
– She had to-knees-long hair.
– She went to the casting for the future girl group by herself, her friends and relatives encouraged her to try out.

Who is your bias in RoSe Gold? Do you know more facts about them? Feel free to comment below. 🙂 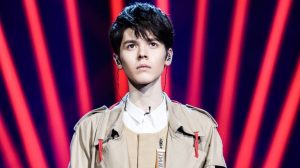 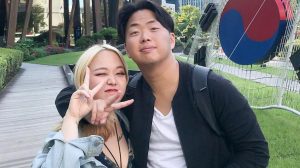 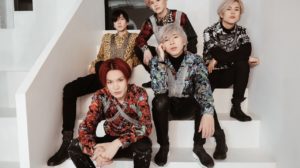 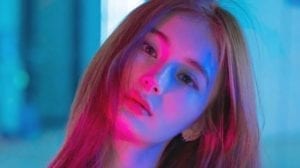