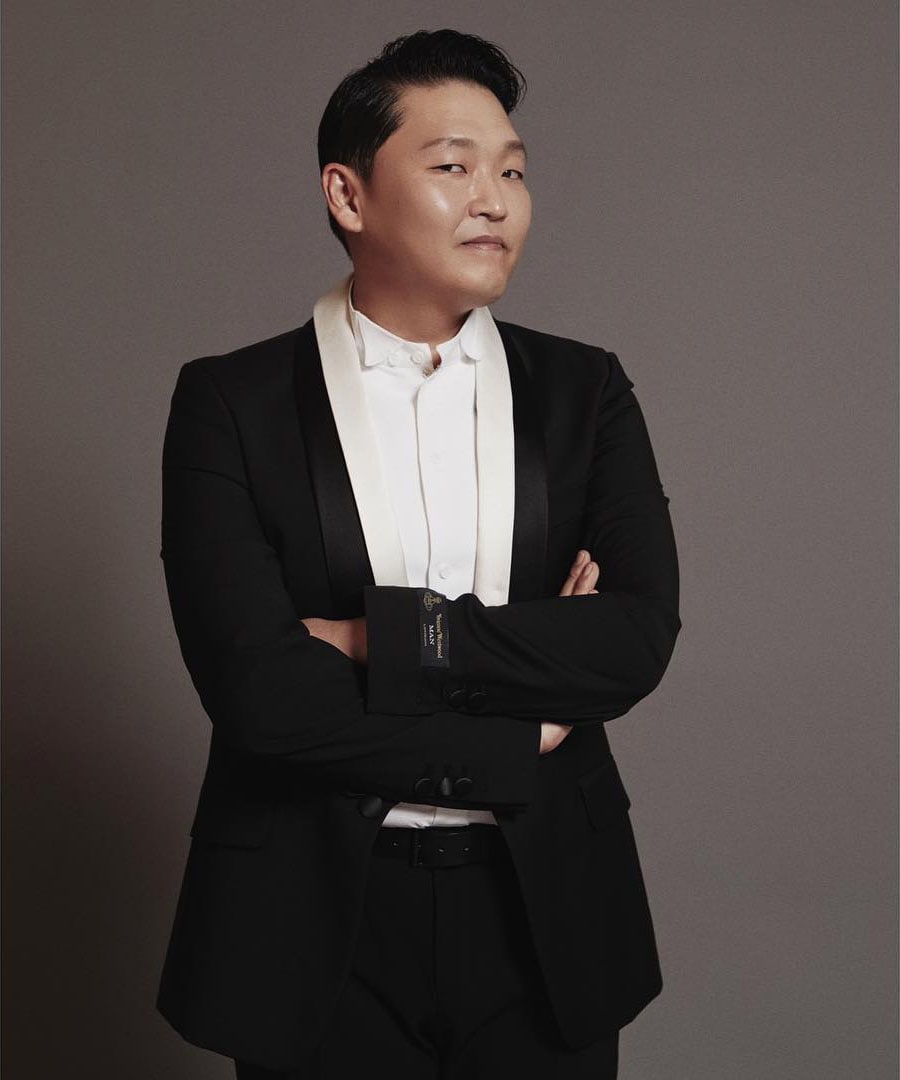 PSY Facts:
– He was born in Seoul, South Korea.
– He has a sister; her name is Park Jae-eun.
– He is a big businessman and head of an international company.
– He runs several restaurants.
– PSY got married to Yoo Hye Yeon in 2006.
– He has twin daughters.
– He attended Banpo Elementary, Middle School and Sehwa High School.
– He studied business administration at Boston University, but decided to drop out and pursue music instead.
– Then he studied at Berklee College of Music, but dropped out again.
– He can speak Korean and English.
– He debuted in 2001 with the single ‘Bird’.
– His fans go by the name PSYcho.
– He is a singer, rapper, songwriter, and record producer.
– As of 2019, his net worth stands at $60 million Dollars.
– During his school years, he was known as the class clown.
– In 2001, he was arrested for smoking and possessing marijuana.
– Due to being jailed he couldn’t be at his grandfather’s deathbed nor attend his funeral.
– He has drinking problems.
– He started listening to American music at 15.
– His favorite band was QUEEN.
– He made his first appearance on Korean national TV in 2000.
– He is the first Korean pop musician to be widely known in the west.
– He made parodies on Lady Gaga and Beyonce on Japanese TV.
– He served in the military from 2003 to 2005 but didn’t complete the full-term properly.
– He enlisted for the second time from 2007 to 2009.
– His biggest musical influence is Freddie Mercury from QUEEN
– The celebrity he wants to meet most is Tom Cruise.
– He was the first Asian artist to surpass 10 million subscribers on youtube.
– He can play the keyboard, sampler, percussion, synthesizer, and the piano.
– He was fined for his debut album
– His single ‘Gangnam Style’ surpassed the highest views count on Youtube causing a bug.
– ‘Gangnam Style’ has been hailed as a force for world peace and was recognized by Guinness World Records as the most “liked” video on YouTube.
– He is close to all YG artists.
– PSY launched his new label and entertainment agency P NATION on 24. January 2019, with Jessi being his first signee, followed by HyunA and E’Dawn (former member of PENTAGON).
-PSY’s ideal type: “Psy’s ideal woman supports him and takes part in his life.”

(Special thanks to autumnseokgi, 30888968 for providing additional info.)

Do you know more facts about PSY? Feel free to comment below. 🙂