Play With Me Club Members Profile

Play with me club is a co-ed group under Daekyo Media Contents Business Division. The group is composed of 4 Korean members:  Geon-roung, Jiho, Seung-bi and SooA and 3 Global members: MaÁngeles, Revaline and Melany. Former/graduated members: Chang-hyun, Hyein, Seo-jin and Yoon-Ah. The group debuted on December 16, 2020 with their 1st single ‘Let’s Play‘. 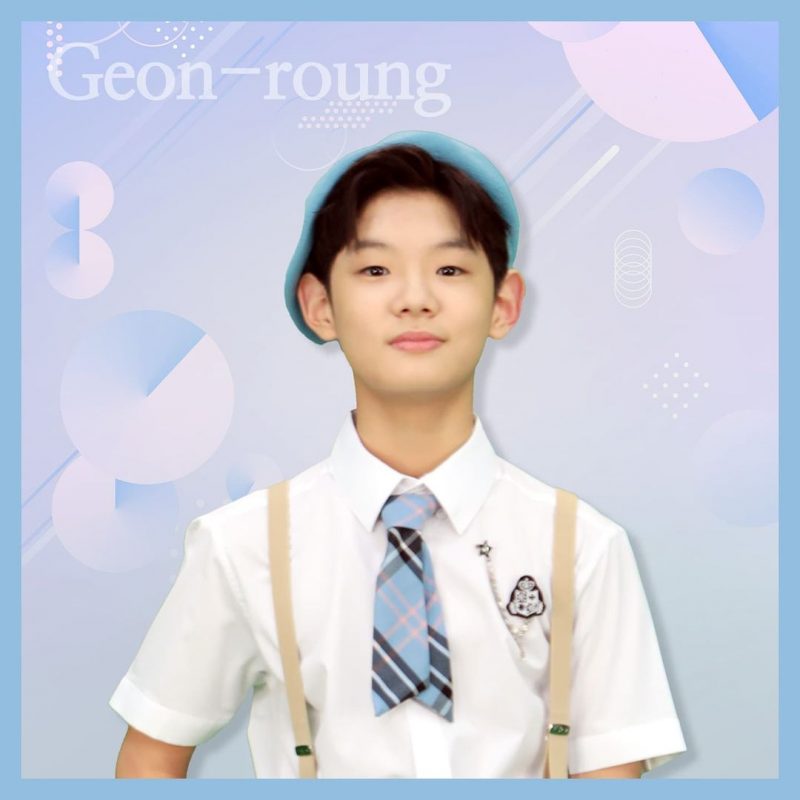 Geon-roung Facts:
-He has a baby-like image.
-He doesn’t have a girlfriend
-He from Incheon, South Korea.
-He appears in the clip ‘Baby shark’.
-He is very mischievous and very playful.
-He wants to do a prank on Chang-Hyun.
-His favorites items are Nerf guns but also BB guns.
-His nickname is dinosaur (Hyein gave him this nickname).
-He said that he will continue Play with me club until the end.
-He likes riding bicycle, guns and he dream to be a KTX driver.
-His favorites songs is “Feel Special” by Twice and “Idol” by BTS.
-He likes BTS and Twice, he thinks they are really good dancers.
-Between Seo-jin and Hyein, Seo-jin is the most closer to his ideal type.
-He practices dance almost everyday, one hour a day and an hour and half another day.
-Before Play with me club he have tried dancing with Pinkfong and he have tried acting.
-He decided to do an audition for Play with me Club because he wanted to do entertainment shows.
–Ideal type : “someone who is cute and kind, for example, as a celebrity, I think Jeon So-min would fit well.” 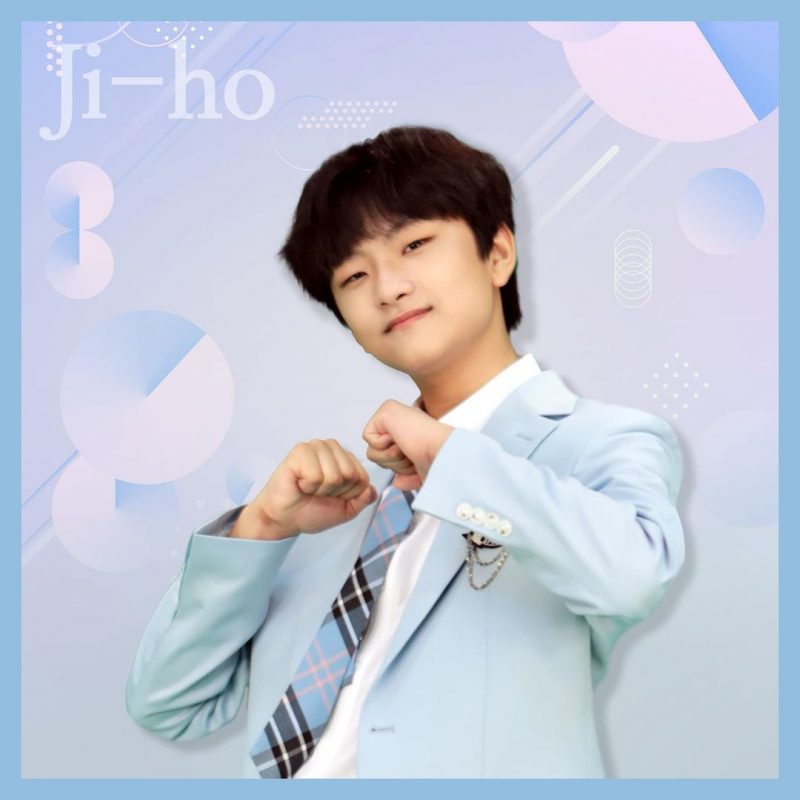 Jiho Facts:
-He officially joined the group on June 18, 2021.
-Before joining, he was special guest in some videos.
-He hates bees.
-He lives in Busan, South Korea.
-He doesn’t like spring.
-He really likes summer.
-He prefers meat over seafood.
-He tries to get close with anyone he meets.
-His dream is to be an all-round entertainer.
-He loves to go to the pool during summer.
-His nickname is Kimchi tiger, he doesn’t like it.
-He thinks he is better looking that Chang-hyun.
-He is quite energetic, bright and mischievous.
-He really dislikes the bees flying around during spring.
-He thinks he is the most handsome in Play With me club.
-His favorite dinner is at his home, because his mom is a great cook.
-He really likes Korean beef, he wants to eat Korean beef for his birthday.
-He is more familiar with older Kpop songs compared to the newer ones.
-He thinks the formal suits, shirts, hoodies and overfit suit him the most.
-If he could be invisible for one day, he would play pranks to his friends all day.
-He had never been dumped after confessing his love to someone.
-If he had a super power, he would like to teleport around.
-He really likes Super Junior because when he was two, the song ‘Sorry Sorry‘ came out and he really liked it.
-Ideal Type: “With long straight hair and bangs, eyes like a cat and I would like it if she was shorter than me. Like Yeji from Itzy. I think she is my ideal person.” 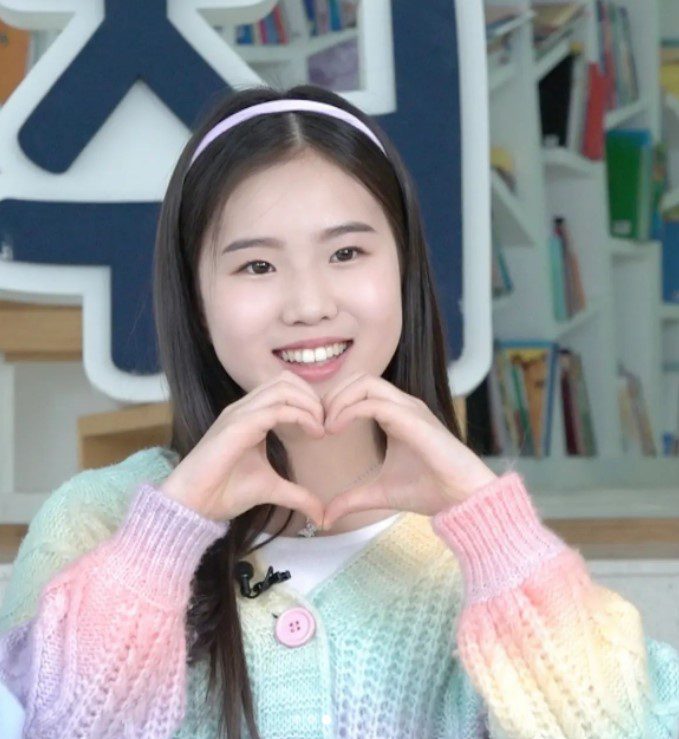 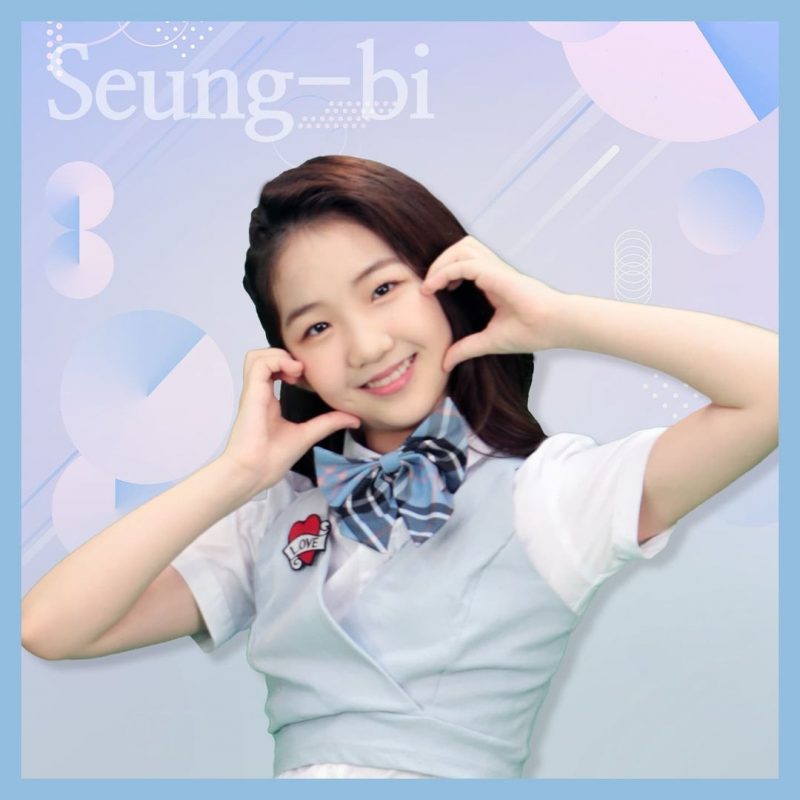 Seungbi Facts:
-She is Korean.
-She is also a model.
-She practices dance.
-She joined the group on March 8, 2021.
-She would like to do the forbidden word game.
-She was the first new member to do a solo video.
-When she auditioned she was called ‘Flaming Mustache’.
-Her fist solo video was a dance cover of ‘Panorama’ by Iz*one.
-She wanted to joined PlayWithMe Club because she never had been on a variety show and she wanted to try
-If she had to choose who is her ideal type between Geon-roung and Chang-hyun, she will choose Geon-roung. 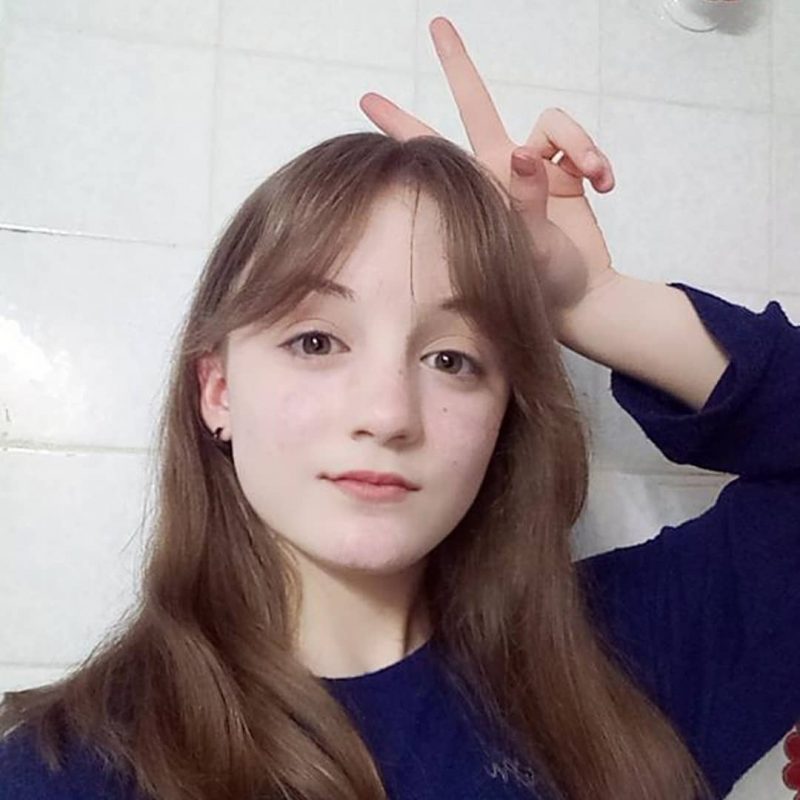 MaÁngeles Facts:
-She is Spanish.
-She auditioned at the global audition.
-She was the last new member to do a solo video.
-She officially joined the group on March 8, 2021.
-Her first video was a dance cover of ‘Gunshot’ by Kard.
-She is polyglot, she can speak Spanish, Bulgarian, French and Korean. 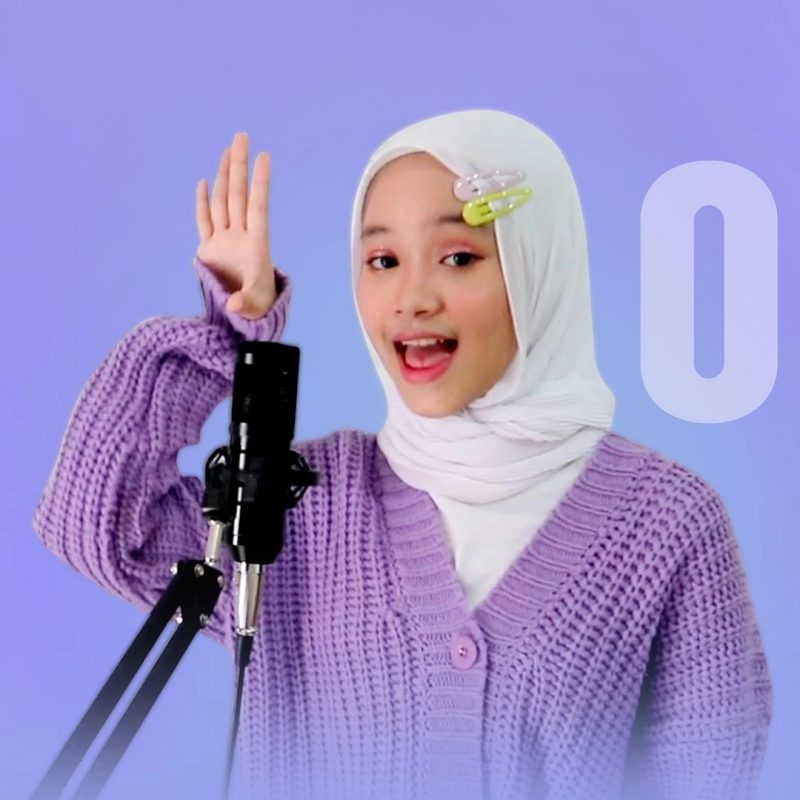 Revaline Facts:
-She is Indonesian.
-She auditioned at the global audition.
-She was the third new member to do a solo video.
-She officially joined the group on March 8, 2021.
-Her first solo video was a vocal cover of ‘Forever’ by Aespa. 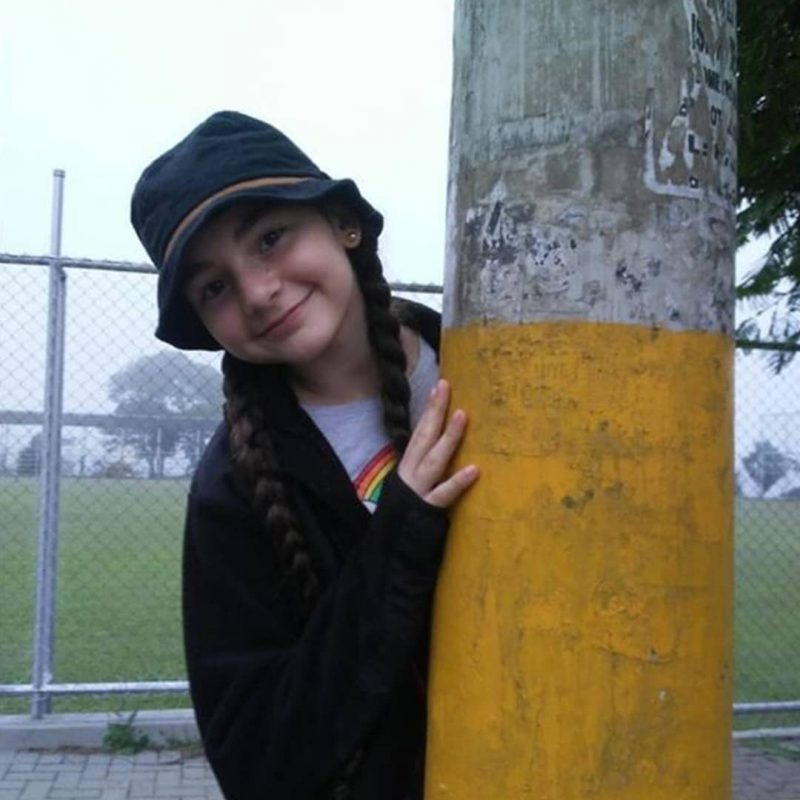 Melany Facts:
-She is from Costa Rica.
-She auditioned at the global audition.
-She officially joined the group on March 8, 2021.
-She was the fourth new member to do a solo video.
-Her first solo video was a dance cover of ‘Maria’ by Hwasa (Mamamoo). 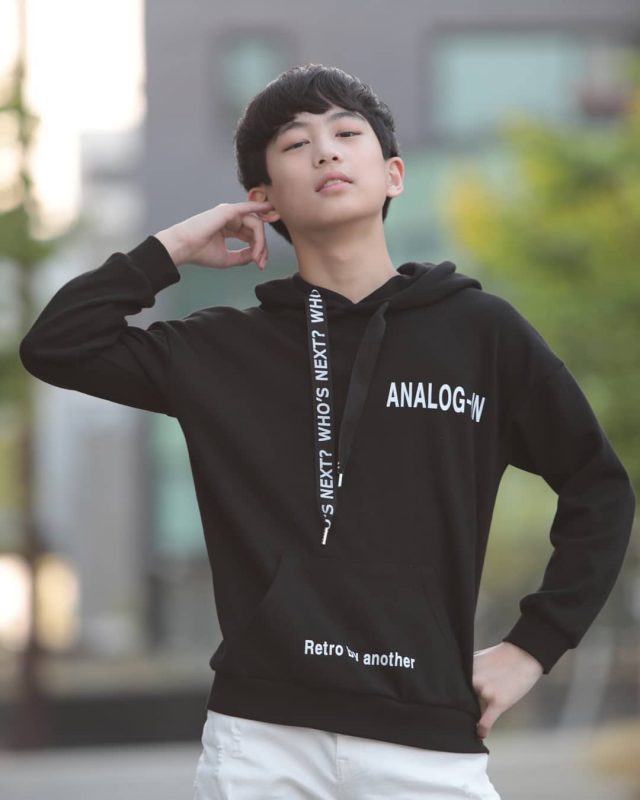 Chang-Hyun Facts:
-He he doing Jiu-Jitsu.
-He’s not popular at school.
-He doesn’t have a girlfriend.
-He is a bit interested in sports.
-He is from Busan, South Korea.
-He doesn’t really like blue crabs.
-His dream is to become an actor.
-His favorite idols are BTS and Itzy.
-He thinks he looks like Harry Potter.
-He also likes carbonara and carbonara tteokbokki.
-He “can’t really handle something that look gross”.
-He likes rice cakes and cheese, so he like cheese tteokbokki,
-His secret to being tall is to drink lots of milk, like 2 or 3 bottles a days.
-He doesn’t like the texture of mushrooms, eggplants, oysters and clams.
-If he had to choose an idol who fits with his ideal type, he would choose IU
-He really love BTS because of “Fake Love”, and he become a fan when he saw “On”.
-He become a fan of Itzy when he saw “Icy”; He thought that Yeji was charismatic.
-If Seo-jin and Hyein were the only people in the world and if he has to choose his ideal type, that would be Seo-jin.
–Ideal type: He likes girls that are shorter than him, someone who acts all cute and adorable, and is nice.
-Him and Hyein gradueted from the group the May 3, 2021. 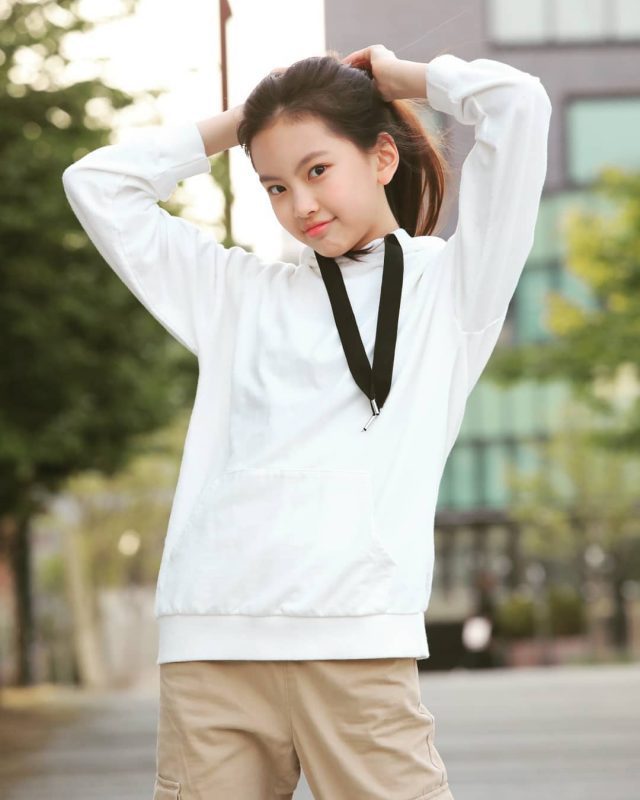 Hyein Facts:
-She has a sister.
-She loves rice soup.
-She is good at English.
-She lives in Incheon, South Korea.
-She started dancing at the age of 10.
-She hates seafood, fish and things like that.
-She never had a boyfriend, since she was born.
-She wants to do a cover dance of Everglow‘s Dun Dun.
-Her hobby is dancing and listening to music with her sister.
-She really likes BTS, she has lot of pictures of them in her bedroom.
-Between Chang-Hyun and Geon-roung, her ideal type is Chang-Hyun.
-She is a former member of USSO Girl under the stage name U.Jeong.
-She thinks she looks like Jennie (Blackpink) and Kang Hyewon (Iz*One).
-She buys her clothes from everywhere, as long as they are over-sized and pretty.
-She loves curry, Soybean Paste Stew with Beef Brisket and Kimchi Stew with Pork.
-She goes to dance Academy three times a week and get the choreography from youtube.
-She wants to stay in Play with me Club because she wants to continue to show fans fun things through the broadcast.
–Ideal type: a kind person who is quite good looking
-Her and Chang-hyun gradueted from the group the May 3, 2021.
Show more Hyein fun facts.. 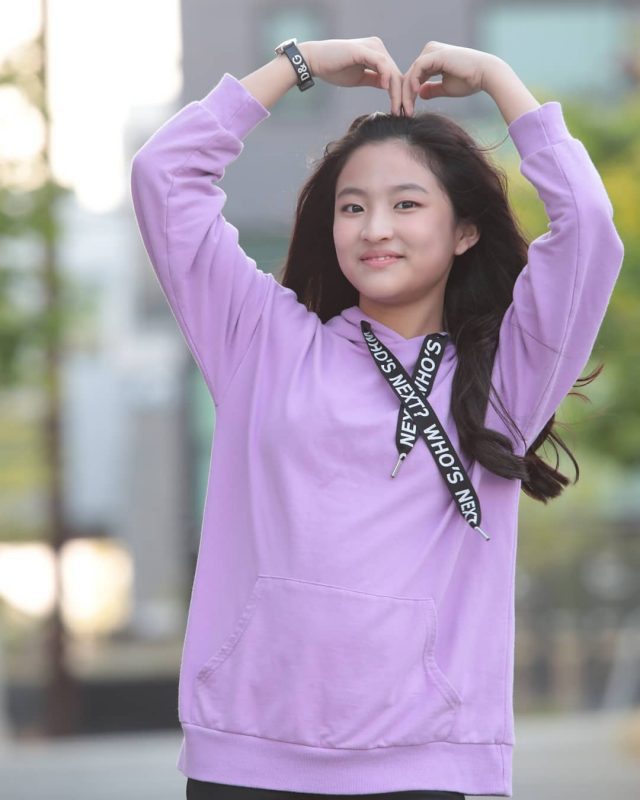 Seo-jin Facts:
-She is shy of strangers.
-She practices singing a lot.
-She doesn’t have a boyfriend.
-She is from Asan, South Korea.
-She starts dancing at the age of 4.
-She has a sister named Seo-yeon.
-She thinks she doesn’t dance well..
-When she sleeps she puts a facial mask.
-She loves the style of Irene (Red Velvet).
-She shakes her legs while she is sitting.
-She practices dance a lot in front of a mirror.
-She occasionally decorates her diary at home.
-Her no.1 treasure is her family and her friends.
-She likes BlackPink, Red Velvet, Exo and BTS.
-Some people say that she looks like Seulgi (Red Velvet).
-Her dream is to become musical actress and to become rich.
-She love the song ‘A Poem Titled you (All about you)’ of Taeyeon.
-Between Chang-hyun and Geon-roung, Chang-Hyun is closer to her ideal type.
-Before Play with me club, she participated in lots of shootings, she also did music.
-She plays with her female friends a lot but she likes hanging out with male friends.
–Ideal Type : “My ideal type is V of BTS. Can’t be any other person”, “I want a someone taller than me because I’m quite short”.
-She gradueted from the group on March 1, 2021. 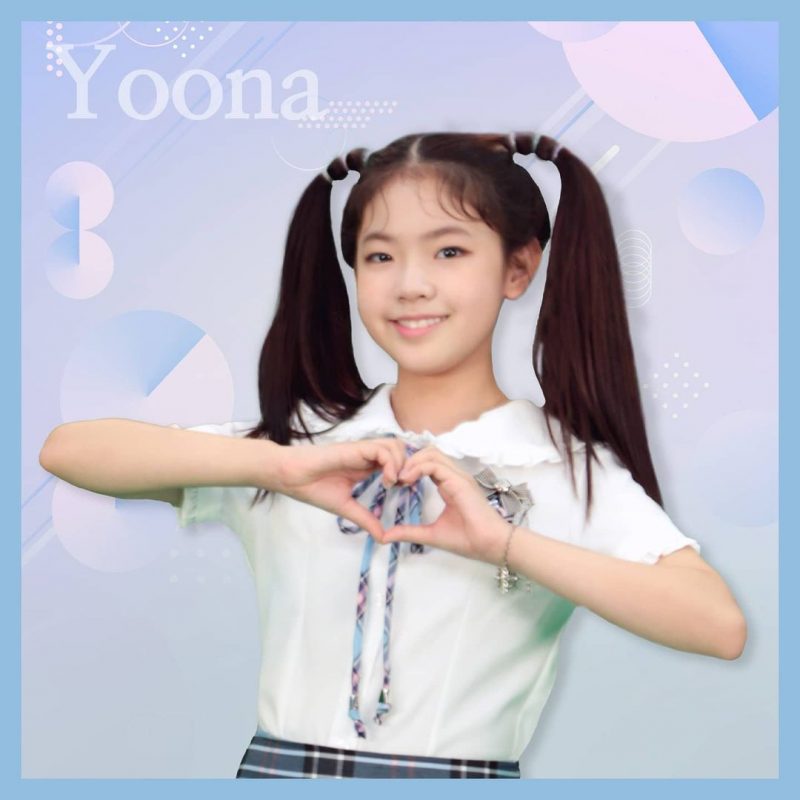 Yoon-Ah Facts:
-She is Korean
-She is also a model.
-She practices dancing.
-She would like to do the cross-dressing game.
-She was the second new member to be revealed.
-She officially joined the group on March 8, 2021.
-When she auditioned she was called ‘Coony-Coony Raccoon’.
-Her first solo video was a dance cover of ‘I’m Not Cool’ by Hyuna.
-If she had to choose who is her ideal type between Geon-roung and Cahng-hyun, she will choose Chang-hyun.
-She always loved PlayWithMe Club, and she loved variety shows, so she came to the Global Audition.
-Yoonah left the group/graduated in March 2022.

Who is your Play With Me Club bias? Do you know more facts about them? Feel free to comment below. 🙂 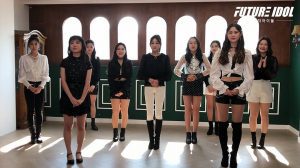 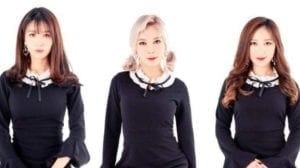 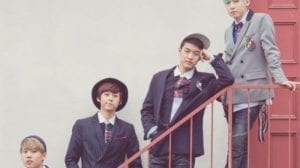 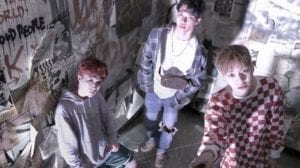 Hi, thanks for taking the time to read my profile :

-I'm French and I'm a Fan of K-pop since 2018,
-I know lots of groups but my favorites are CoCo and Stray Kids.

*In the comment section my user name is Mila ;)