Kim Ji Won Facts:
– She was born in Geumcheon District, South Korea.
– She has an older sister.
– Education: Dongguk University.
– She is a former actress under Agent Lionmedia.
– She is now currently under King Kong Entertainment.
– Her nickname is “Little Kim Tae Hee” as she is alike to her.
– She would like to shoot a household appliance commercial in the future.
– She made her acting debut in Japan in 2012.
– She is friends with actress Park Shin Hye.
– She likes to listen to 70s and 80s music.
– Kim Ji Won’s ideal type: Someone who makes sacrifices for their significant other.

Do you like Kim Ji Won? Which of her role is your favorite? Do you know more facts about her? Feel free to comment below. 🙂 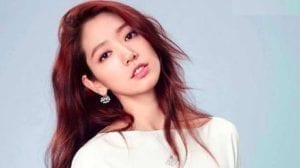