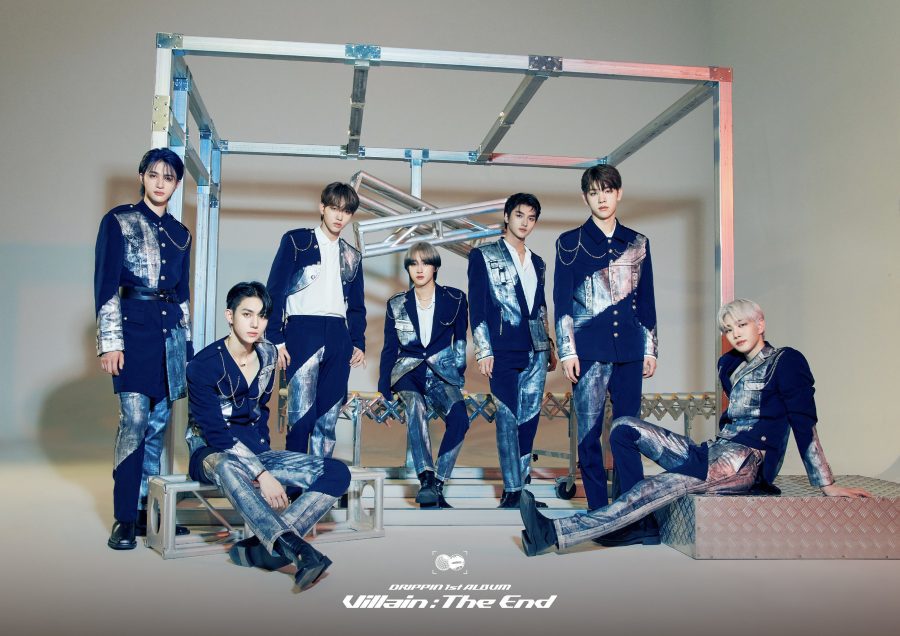 DRIPPIN (드리핀), formerly known as a Woollim Rookies and W Project 4, is a boy group group under Woollim Entertainment. The group currently consists of 7 members: Hyeop, Yunseong, Changuk, Dongyun, Minseo, Junho, and Alex. 6 out of 7 members were first revealed during Produce X 101. Their debut was on October 28th, 2020 with the 1st mini album ‘Boyager‘. 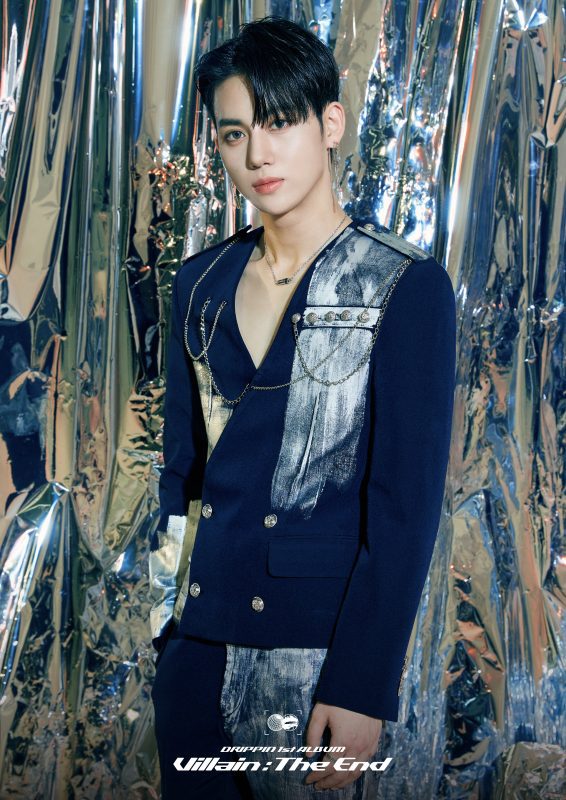 
Yunseong Facts:
Pre-debut & Personal life
– He is from Seoul.
– He has two older sisters.
– He comes from a wealthy family.
– Yunseong’s name was originally Hwang Dongwook, but he changed it when he was in 4th grade.
– He used to go to an acting theater academy during his elementary school years.
– Yunseong was casted by Woollim after he performed BTS – Mic Drop at his music academy. Multiple companies contacted him, but he chose Woollim.
– Yunseong was a back-up dancer for BTS’ Not Today performance at Gayo Daejun. Apparently, he used the money he made to buy his mom a bag.
– He was the brand ambassador for clothing brand DWMU as a trainee in 2019-2020.
– He is the first K-pop trainee to have a solo fansign.
– He’s currently an university student.

Personal traits & Facts
– He trained for 2 years and 5 months. (We Are DRIPPIN Episode 1)
– He has very short pinkies. Junho measured them to be 5.3 cm (Tingle Interview)
– He believes he would be a dancer if he wasn’t an idol.
– Some of his hobbies include reading reviews on food delivery apps and zoning out.
– He’s not very good with using technology (like computers, phones etc.).
– Yunseong can beatbox. (“World Wide Woollim Ep. 1)
– His musical inspiration are Michael Jackson, SHINee’s Taemin, EXO’s Kai and Seventeen’s Hoshi.
– Yunseong almost always writes messages for fans in aegyo, but stopped for a while because he was worried it was too troublesome for international fans to translate.
– He often introduces himself as Bentley because fans have said he looks like The Return of Superman’s Bentley Hammington.
– His favorite color is emerald.
– His favorite season is winter.

Produce X 101
– Yunseong was the #1 pick among the other contestants..
– His final rank was #15.
– Hwang Yun Seong’s intro video.
– All of Yunseong’s Produce X 101 videos.
Show more Yunseong fun facts… 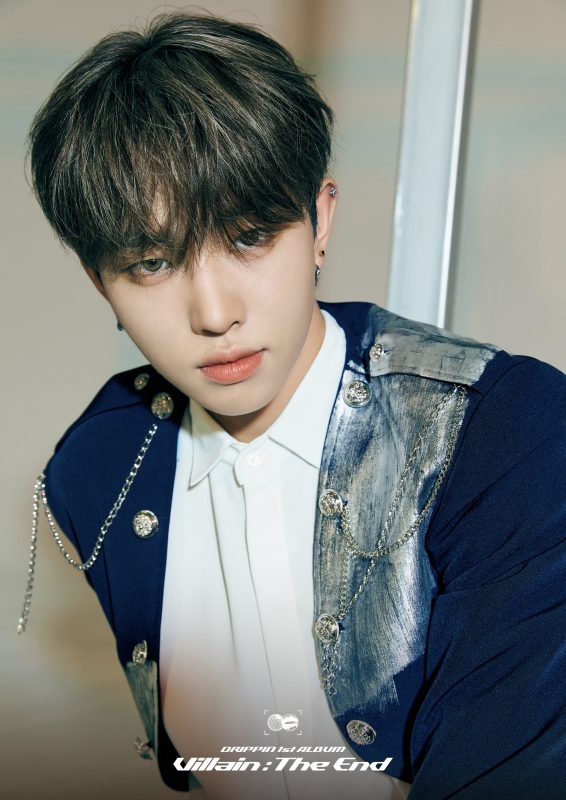 
Hyeop Facts:
Pre-debut & Personal life
– He is from Busan.
– He has 2 older sisters.
– Hyeop auditioned for JYP in 2017 with Stray Kids Seungmin.
– He joined Woollim Entertainment after Produce X 101 had ended. He has mentioned that Changuk and Dongyun convinced him to join Woollim (VLive).
– Hyeop was part of a hamster lovers cafe and wrote posts about his own hamster Soogi.
– Hyeop is Christian and his Christian name is John Vianney.
– He is an university student as of now (since 2019).

Personal traits & Facts
– He trained for 1 year. (We Are DRIPPIN Episode 1)
– Hyeop is a big animal lover and has raised lots of different animals through his childhood.
– Hyeop is the oldest member but can sometimes seem like the youngest because of his cute charms.
– He is a big fan of EXO.
– He has been a fan of Baekhyun since high school.
– He would like to collaborate with Baekhyun.
– He became a big fan of The Boyz after watching their stages to study different facial expressions. He has talked alot about them on UNIVERSE and have reacted to and played a lot of their music on VLive.
– He enjoys cooking and baking.
– His favorite colors are yellow, blue and black.
– He doesn’t have any foods he particularly dislikes.
– He sang the OST “Hello” for the web drama “Fling at Convenience Store” with LOONA’s Chuu. 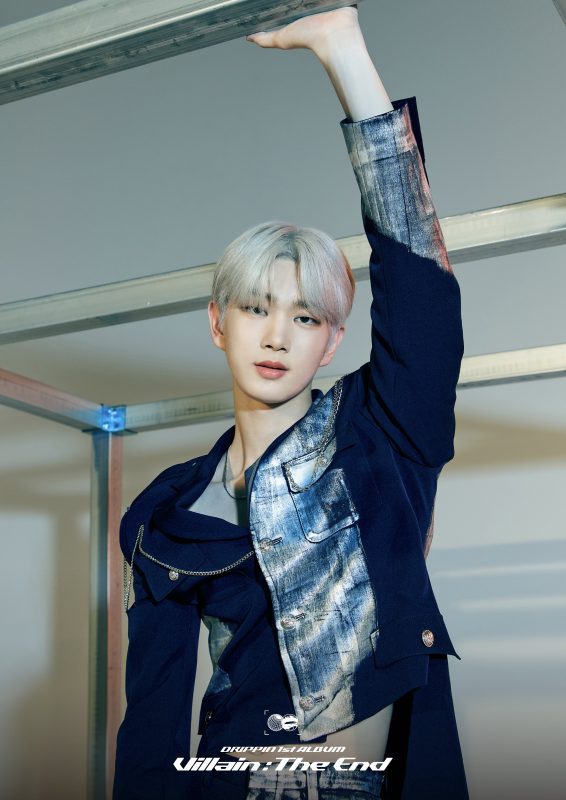 
Changuk Facts:
Pre-debut & Personal life
– He is from Changwon.
– He has a younger sister.
– Changuk got into Woollim through online auditions through a music academy. (DRIPPIN TIMES ep. 3)
– He auditioned with Jung Jun Il – Confession.

Personal traits & Facts
– He trained for 2 years and 7 months. (We Are DRIPPIN Episode 1)
– Changuk is often described as a tsundere.
– He chose black as the color that represents him the best.
– He hates mint chocolate.
– He hates green food.
– He’s affectionate with fans.
– There’s nothing he wants to change about himself.
– He likes skinship if he’s the one that initiates it.
– He likes NCT Haechan’s voice.
– He is said to resemble Onew from SHINee.
– His favorite season is autumn. 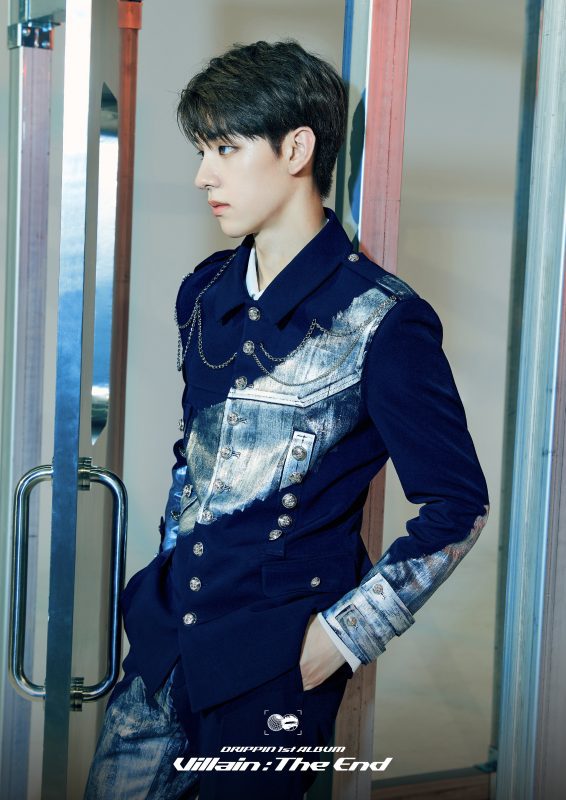 
Dongyun Facts:
Pre-debut & Personal life
– He is from Seoul.
– He has an older sister.
– Dongyun got casted because of his Facebook profile picture. A Woollim employee found his profile after searching for random names on Facebook (VLive).
– His family has a toy puppy called Jjidongie he sometimes posts about.

Personal traits & Facts
– He trained for 2 years and 9 months. (We Are DRIPPIN Episode 1)
– Dongyun was originally supposed to be a vocalist, but started training as a rapper after being known as a rapper on Produce X 101.
– The other members have always babied him even though he has never been the maknae.
– Dongyun loves chocolate.
– He flirts with fans A LOT.
– His favorite word is “Swag”.
– He’s a BTS fan. He wasn’t originally into idols, but he thought idols were really cool after watching BTS Dope MV.
– His role model is BTS’ Taehyung.
– He is a fan of The Boyz’ Juyeon.
– He is known for resembling the dog character “Bolt”.
– His favorite color is purple.
– His favorite season is autumn. 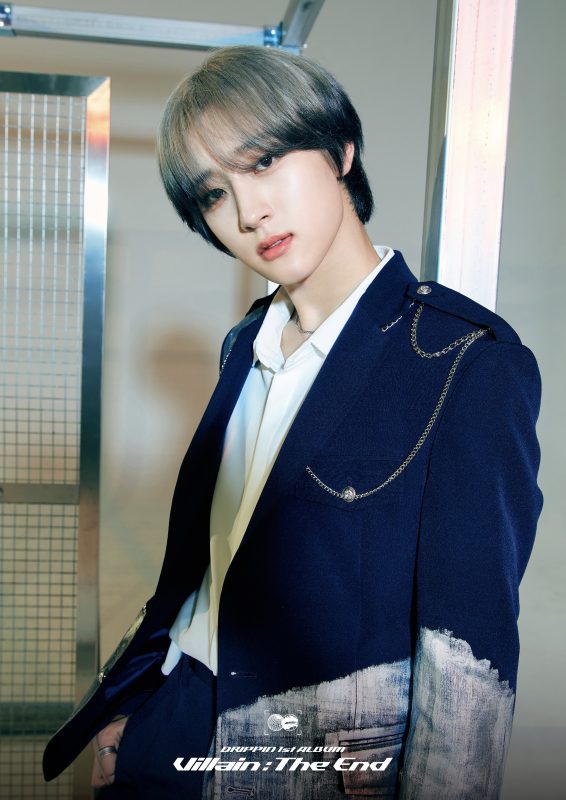 
Minseo Facts:
Pre-debut & Personal life
– He is from Gwangju.
– He has a younger brother.
– Minseo was casted after appearing in a viral school promotion video.
– He auditioned with EXO – Call Me Baby.

Personal traits & Facts
– Minseo trained for 1 year and 6 months (3 months before joining Produce X 101).
– He believes he would be an actor if he wasn’t an idol.
– Minseo is known for his pretty, sparkly eyes.
– He watches a lot of dramas in his spare time.
– His favorite movie is “Your Name”.
– He loves cats and posts a lot about his own cats too.
– He is easily spooked.
– He can’t eat spicy food.
– He loves drawing.
– He often gets teased by the other members, but he said he likes it.
– Members say he has a mischievous personality.

Produce X 101
– Minseo predicted 2 events in his dreams while on the show. The first being that something bad would happen during his audition, and the second time was when he predicted who would place first in the dance position evaluation.
– His final rank was #52.
– Kim Min Seo’s intro video.
– All of Minseo’s Produce X 101 videos. 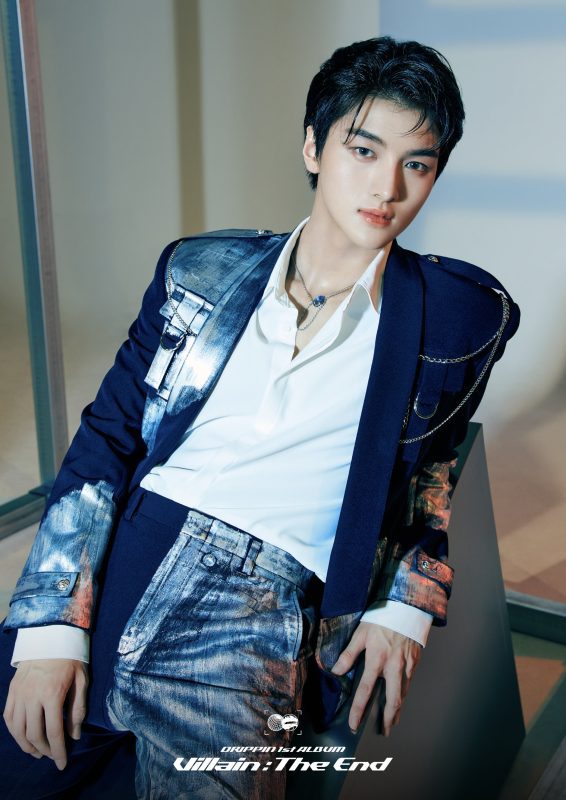 
Junho Facts:
Pre-debut & Personal life
– Junho is from Hongseong-gun, South Chungcheong.
– He has 1 older brother and 1 older sister.
– Woollim scouted Junho on the way to a school exam. One of the Woollim employees waited for him outside of the school for 10 hours to cast him.
– He graduated from Hanlim Multi Art High School in 2021.
– Junho attended J Music Vocal before changing to Hanlim.

Personal traits & Facts
– He trained for 2 years and 7 months. (We Are DRIPPIN Episode 1)
– He loves gopchang, a Korean dish.
– He thinks he would’ve been studying to become a flight attendant if he wasn’t an idol.
– Junho was a vocal major, he was classmates with LIGHTSUM’s Han Chowon and TXT‘s Taehyun.
– He thinks he would survive on his own in a zombie apocalypse but he would choose Dongyun as a partner because he’s cute and fun!
– He likes horror movies.
– His favorite season is winter.
– He can speak “goblin language”.
– He is shy with new people but is actually talkative and loud when he gets close to them.
– He introduces himself as ‘Chavid’ which consists of Cha + David (a famous Greek statue) which originally comes from fans because his features resemble the said statue.
– He talks to himself a lot.
–  He is said to resemble Infinite‘s L.
– Junho likes SHINee. In one radio show he talked about how he wanted to meet them during Young Blood promotions and when he couldn’t, he wished he could see them in his dreams.
– His fans associate him to Pochacco, a Sanrio character.

Produce X 101
– Junho went viral for his visuals and had 62 fansites before the show had started.
– His final rank was #9.

X1
– He debuted in X1 as a vocalist and visual.
– Cha Jun Ho’s intro video.
– All of Junho’s Produce X 101 videos.
Want to know more about Junho? Check out his full profile… 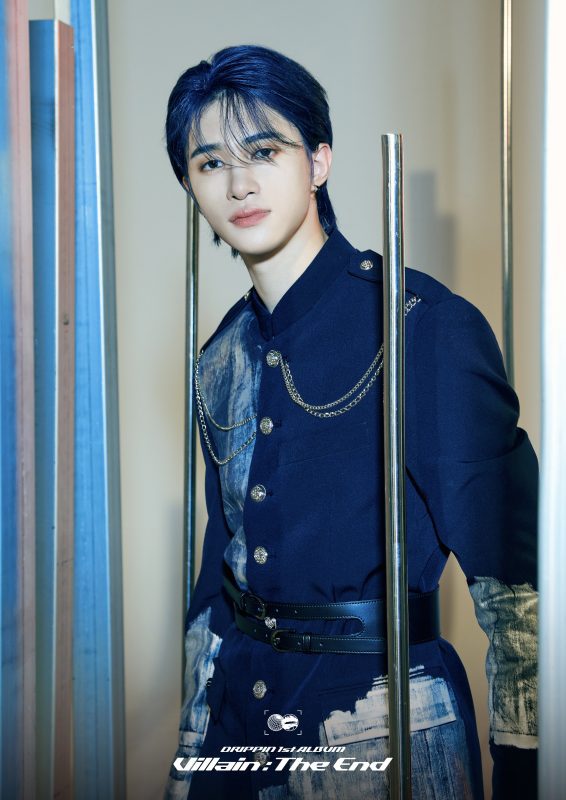 Alex Facts:
Pre-debut & Personal life
– Alex is born in Mainz, Germany. He moved to Korea when he was 4.
– He is half Korean (mother) and half German (father).
– He speaks Korean, German, English, and French.
– He is the first idol with German citizenship.
– He has 2 younger brothers.
– Alex was an amateur ski athlete in Germany.
– He is a former child model and actor.
– When he was 10 years old, he appeared on SBS’ ‘Global Junior Show’ and later starred on SBS’ ‘Ggurugi Life Inquiry’.
– He was casted through his Instagram account which his parents were managing.
– He auditioned with U GOT IT from Produce X 101, which is the concept song where Yunseong and Junho appeared.

Personal traits & Facts
– Alex is the only member that didn’t appear on Produce X 101.
– Alex was the last member to join the group.
– He was revealed through the “Allegory of DRIPPIN” teasers.
– He trained for 4 months. (We Are DRIPPIN Episode 1)
– Alex is a huge fan of Stray Kids and often recommends their music or mentions the members.
– He would like to be friends with Stray Kids‘ Bang Chan and Felix.
– He chose ATEEZ as a group he wants to collaborate with.
– Members say he looks like a dachshund. They also say he is strong and active like them.
– He was known as #??? or 물음표 (mureumpyo) before fans knew his name.
– He believes in Santa.
– His favorite game is Overwatch.
– Alex collects Gundams.
– His favorite ice cream flavor is Stracciatella.
– He is friends with MIRAE’s Yubin.
– He can play the bass.
– Alex describes himself as “Savage Maknae”.

Who is your DRIPPIN bias? Do you know more about them? Feel free to comment down below! 🙂 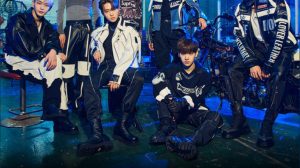 Poll: What is Your Favorite B-Side Track from DRIPPIN’s “Villain: The End” 1st Full Album? 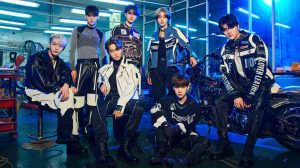 Poll: Who Owned DRIPPIN’s “The One” Era?