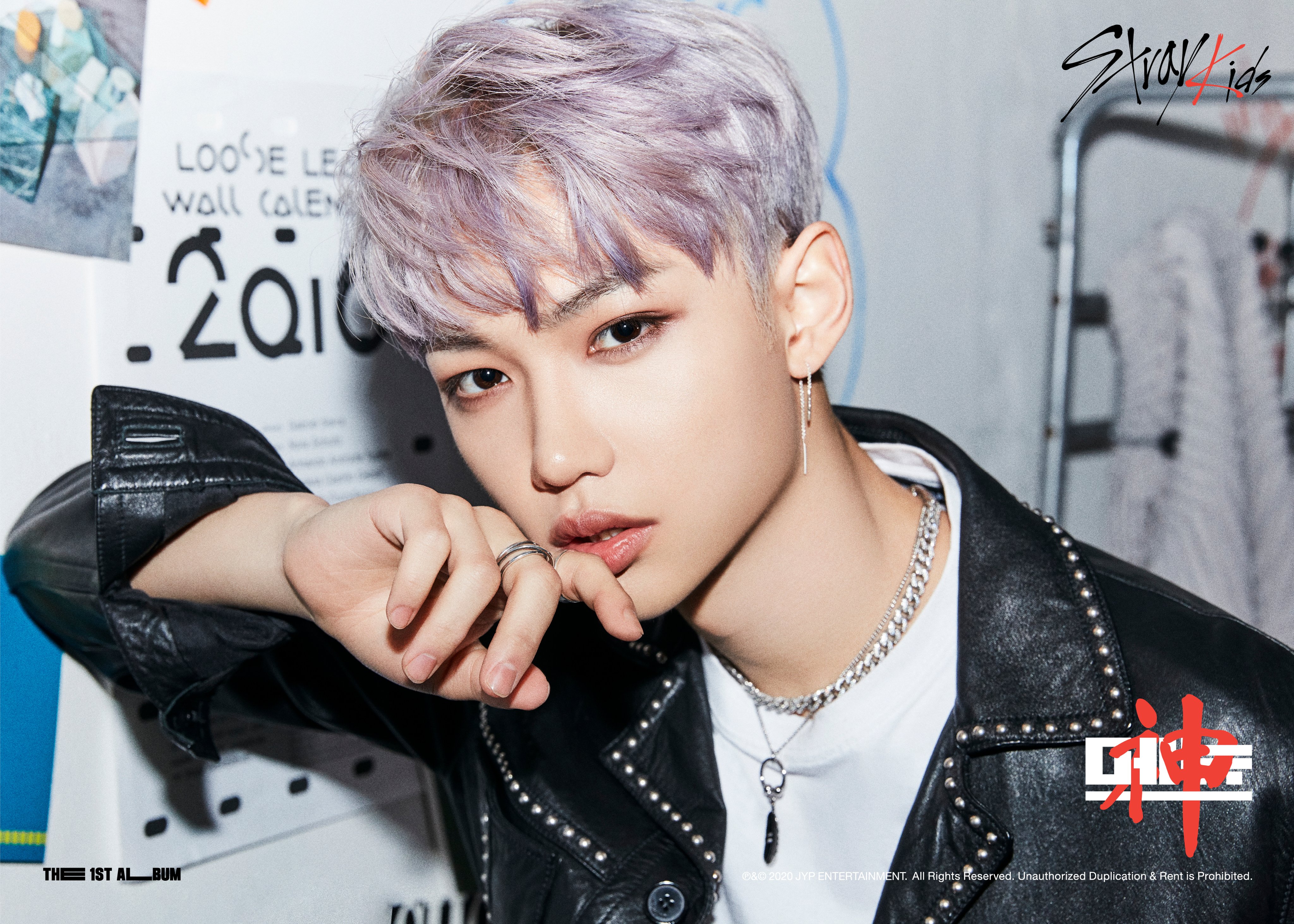 Felix is a member of the South Korean boy group Stray Kids under JYP Entertainment.

Felix Facts:
– His parents are Korean, but he was born in Seven Hills, a suburb of Sydney, Australia.
– He has an older sister named Rachel/Jisue, and a younger sister named Olivia.
– He went to St Patrick’s Marist College, a Catholic private school in Sydney.
– His nicknames (according to his members): Bbijikseu, Bbajikseu, Bbujikseu, and Jikseu.
– He trained for 1 year.
– Felix is Catholic.
– He speaks English.
– He thinks his charming point is his freckles.
– Felix’s shoe size is 255 mm.
– Felix is very flexible.
– Felix is a 3rd degree black belt at taekwondo, he won a lot of medals when he was young. (Pops in Seoul)
– He also loves swimming. He got the 2nd place for 15 age category in 2015 Swimming Carnival.
– His hobbies are listening to music, dancing, shopping (especially clothes), traveling, and beatboxing.
– His favorite sport is soccer.
– His favorite seasons are autumn and winter.
– His favorite overseas artist is Ariana Grande.
– Felix favorite color is black.
– His favorite number is 7 because it a lucky number to him. (vLive)
– He loves rice cakes.
– He can’t eat super spicy food.
– He can imitate the mosquito sound.
– He thinks that learning Korean is hard but enjoys learning it.
– He likes talking over the phone rather than texting.
– He hates scary things.
– His habit is biting lips.
– A host asked Felix if he has abs and he answered “Yes, I have abs”. (CeluvTV)
– He wanted to become a singer because he really likes music.
– Staff said Felix used to hate being called by his Korean name Yongbok, but he got used to it, so he likes it now.
– Felix’s hands are really small. (Stray Kids Amigo TV ep 1)
– His favorite song is “A Little Braver” by New Empire.
– His favorite type of movies are comedy and action. (Twitter Q&A)
– He likes “Peter the Rabbit”.
– Things he’d like doing during vacation: going on a trip with the members
– Things he dislikes doing during vacation: watching a horror movie in the theater
– Felix checks his pulse when he’s nervous. (After School Club)
– Felix likes to listen to Kenrick Lamar, Logic, and Joey BadA$$. (iHeart Radio)
– He’s close to Boy Story‘s Xinlong and Zeyu and The Boyz‘s Eric.
– His role model is BIGBANG‘s G-Dragon.
– He was eliminated on December 5, episode 8 of Mnet’s Stray Kids, but he was added back at the end of episode 9.
– He has lived in a dorm for 8 months.
– His role at the dorm is becoming a massage therapist.
– In the previous dorm, Changbin, Woojin and Felix shared a room.
– Update: For the new dorm arrangement, please visit Stray Kids profile.
– If he wasn’t in Stray Kids, he would be a song writer. (vLive 180424)
– His motto: “Just a little braver~”
– Felix is ranked 43rd on TC Candler “The 100 Most Handsome Faces of 2018”.