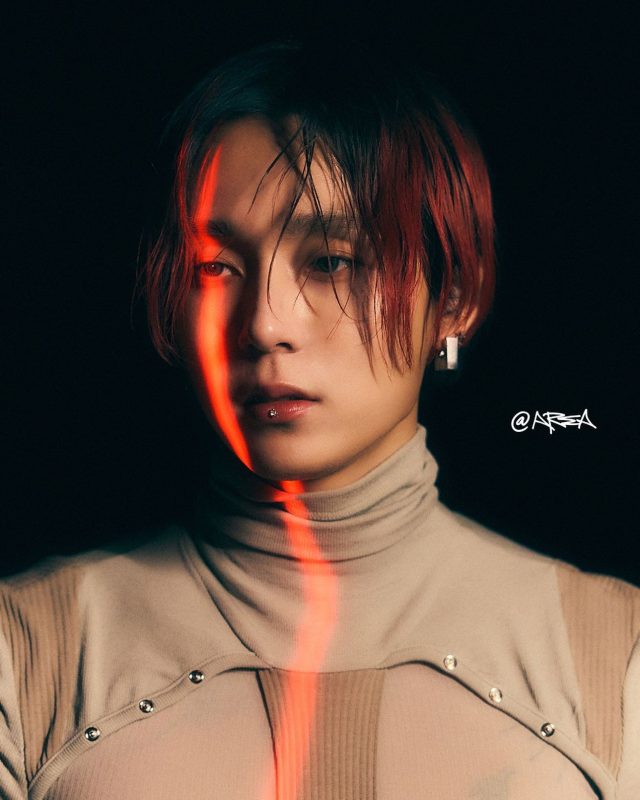 DAWN (던) is a South Korean artist under AREA.
He’s a former member of the South Korean boy group PENTAGON and co-ed group Triple H under Cube Entertainment.
He made his official solo debut with ‘Money‘ on November 5, 2019.

DAWN Facts:
– Born in Hwasun, South Korea.
– He and HyunA joined P Nation alongside Jessi on January 25, 2019.
– He auditioned for JYP Entertainment, but was eliminated.
– He used to be the leader of Pentagon before Hui came along.
– His favorite color is Black.
– Dawn has a shrill screaming voice.
– He’s a great dancer known for his popping skills.
– He becomes a different person when he dances.
– Dawn’s been said that he’s able to dance as if his head and body were separated.
– When he was younger, he wanted to be a zookeeper or train animals.
– Dawn has been learning MMA for 6 months (as of October 2022).
– Used to have Aqua-phobia. He was scared of the water.
– In Pentagon Maker, he called up HyunA for advice in one of their missions.
– He has a somewhat 4D personality which means that he has an unique character.
– The first Korean song he ever sang was the national anthem of Korea.
– He, Hui and Wooseok wrote the lyrics for ‘Never‘ for Produce 101.
– Dawn filled in for former BTOB‘s Ilhoon in some of his performances with HyunA for the song ‘Roll Deep’.
– On August 3rd, 2018, it was confirmed that HyunA and DAWN have been dating since May of 2016.
– Cube announced that in September 2018 that both him and HyunA have been kicked out of the label.
– In November 2018, Cube Ent. confirmed that DAWN has left both PENTAGON and Cube.
– He debuted as a solo artist under P NATION in November of 2019, under the stage name DAWN.
– Him and HyunA got engaged on the February 3, 2022. Though they later broke up on November 30, 2022.
– It was later announced that he left P NATION on August 29, 2022.
– He joined AREA on Jan.29, 2023.
– DAWN’s Ideal Type: Someone blunt and honest.

NOTE: Please don’t copypaste the content of this page to other places on the web. If you use info from our profile, kindly put a link to this post. Thanks! – Kprofiles.com

Do you like DAWN? Do you know more facts about him? Feel free to comment below. Thank you for your help!