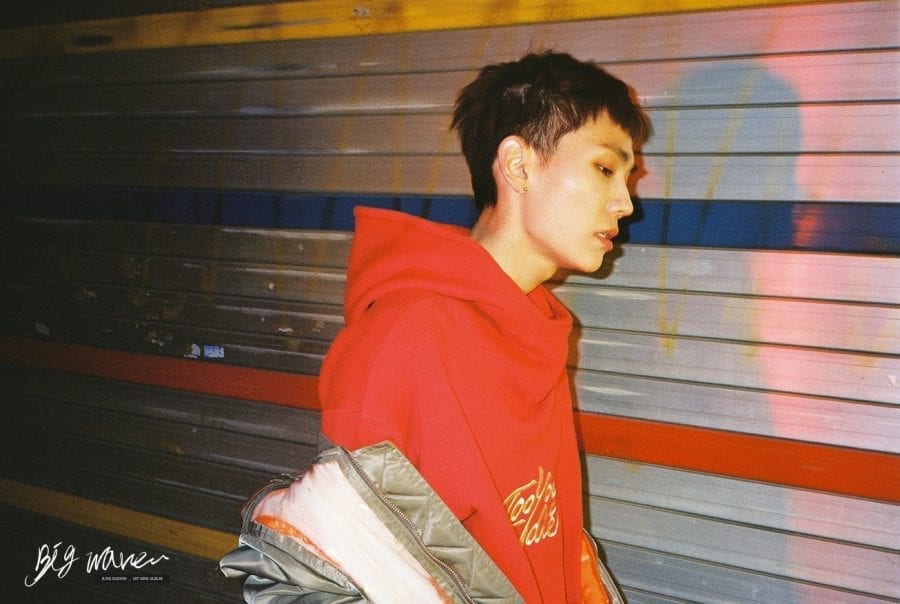 Ilhoon Facts:
– He was born in Seoul, South Korea.
– His older sister is the ballad singer JOO.
– Education: He first attended Bongeun High School, then Hanlim Multi Art School and Korea College of Media Arts – Acting Course
– He made his solo debut on March 8, 2018, with “She’s Gone” and released his solo debut album “Big Wave” soon later.
– Originally, Ilhoon’s stage name was supposed to be Michael.
– His debut as an actor was in 2011 through the JTBC sitcom “I Live in Cheongdam Dong”.
– In 2015, he starred in the web drama “Webtoon Hero: Tundra Show” as the lead actor.
– He featured in several songs, including G.NA‘s “Oops!”, 2YOON’s “악몽 (Nightmare)”, HyunA‘s “잘나가서 그래 (Roll Deep)”, Samuel‘s “ONE”, Yoo Sung Eun’s “끌어안아줘 (Hug me)”, as well as FT.Island‘s Lee Hongki’s solo song “COOKIES”.
– Ilhoon joined “Unpretty Rapstar 3”, the beauty show “The Cushion” and co-hosted “Weekly Idol” from 2012-2016.
– Ilhoon is known as a rapper, songwriter, record producer and actor.
– Shopping is his hobby.
– Ilhoon’s religion is Christianity.
– Ilhoon’s favorite motto is “First try it out and see.”
– His favorite fashion brand is Givenchy.
– His favorite movie is The Pianist.
– Black is his favorite color.
– His favorite food is meat.
– Ilhoon’s favorite number is 1,004.
– He likes to rap, write lyrics and compose songs.
– Ilhoon has a bad habit of writing down first impressions.
– His ears move when he’s nervous.
– He is allergic to dogs.
– He once mentioned that he wants to touch Himchan’s (B.A.P) butt.
– His childhood dream was to be a Soldier.
– His goal is to become a star loved by all age groups, not only the teen.
– He doesn’t like cold weather.
– If he was a girl, he’d date himself.
– Ilhoon can play the piano.
– Ilhoon doesn’t have a big appetite.
– Ilhoon’s armpit hair doesn’t grow naturally.
– He doesn’t like skinship. (Source: Weekly Idol)
– Him and BTS‘ RM were in the same Design Club during high school.
– His role models are Dynamic Duo.
– On May 28, 2020,  Ilhoon enlisted in the military.
– On December 31, 2020, Cube Entertainment announced his departure from BTOB, after he started being investigated by South Korean police for marijuana usage, which is illegal in the country.
– On June 14, 2020, Ilhoon was sentenced to 2 years in prison and fined 133 million won (approximately $119,200).
– On December 16, 2021 Ilhoon’s sentence was reduced from 2 years prison to 3 years probation.
Ilhoon’s Ideal Type: Has long eyelashes, has white skin and brown colored pupils, big eyes, S-line figure, slender body, it doesn’t matter if she’s tall or short and it would be good if she has short bob hair + someone who’s pretty, has a husky voice and an easy-going personality.