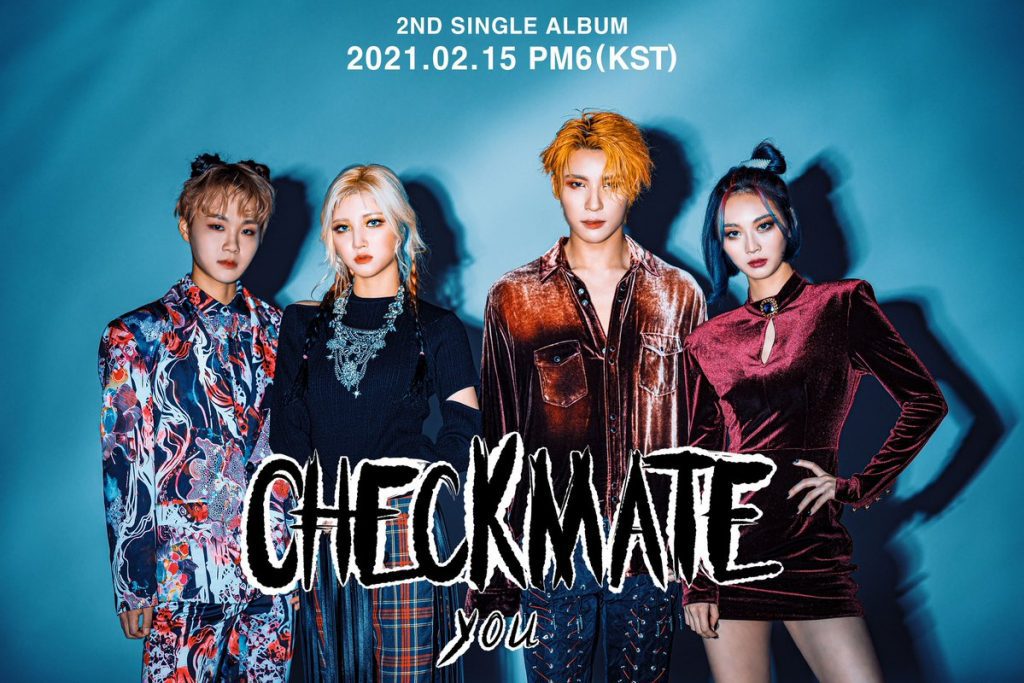 CHECKMATE (체크메이트) is a co-ed group under GRACE COMPANY Entertainment. They currently consist of 4 members: Sieun, Suri, Yongseok and Noah. They debuted on September 21st, 2020 with “DRUM”. On December 18th, 2021, it was announced that the group had disbanded. 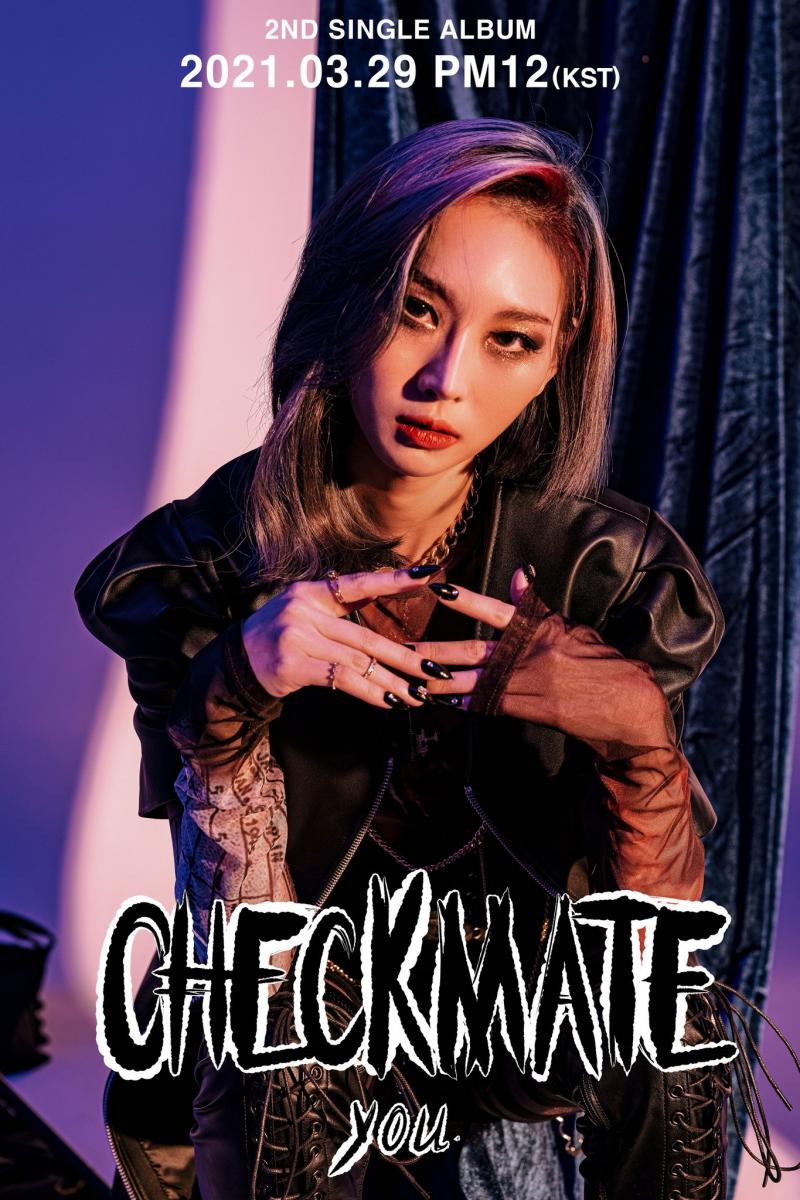 Sieun Facts:
– She is a former member of RAMISU.
– She is a former pre-debut contender for Rendezvous.
– Her shoe size is 220-225 mm.
– Her hobby is listening to music.
– Her role model is Taeyeon from SNSD.
– She relieves stress by sleeping in a bed.
– Her favorite and least favourite seasons are spring and winter respectively.
– Her favorite movie genre is thriller.
– She wants to visit Okinawa, Japan.
– Her favorite fruit is apples.
– Her favorite color is pink.
– Her favorite animal is a Munchkin cat.
– She does not like to eat mushrooms.
– Sieun calls herself an “interpreter for Suri” as Suri sometimes forgets to get to the point when she’s talking, but Sieun understands and can explain it more clearly to the other members. (‘you’ media showcase) 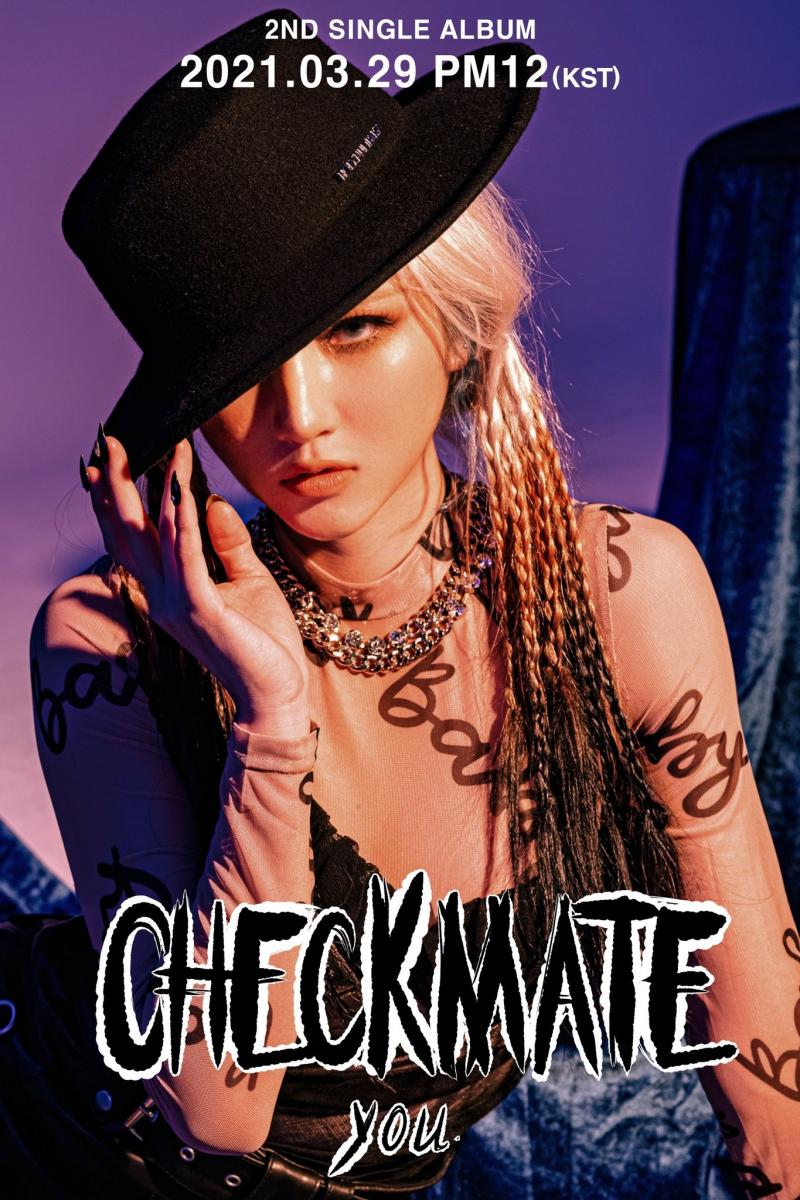 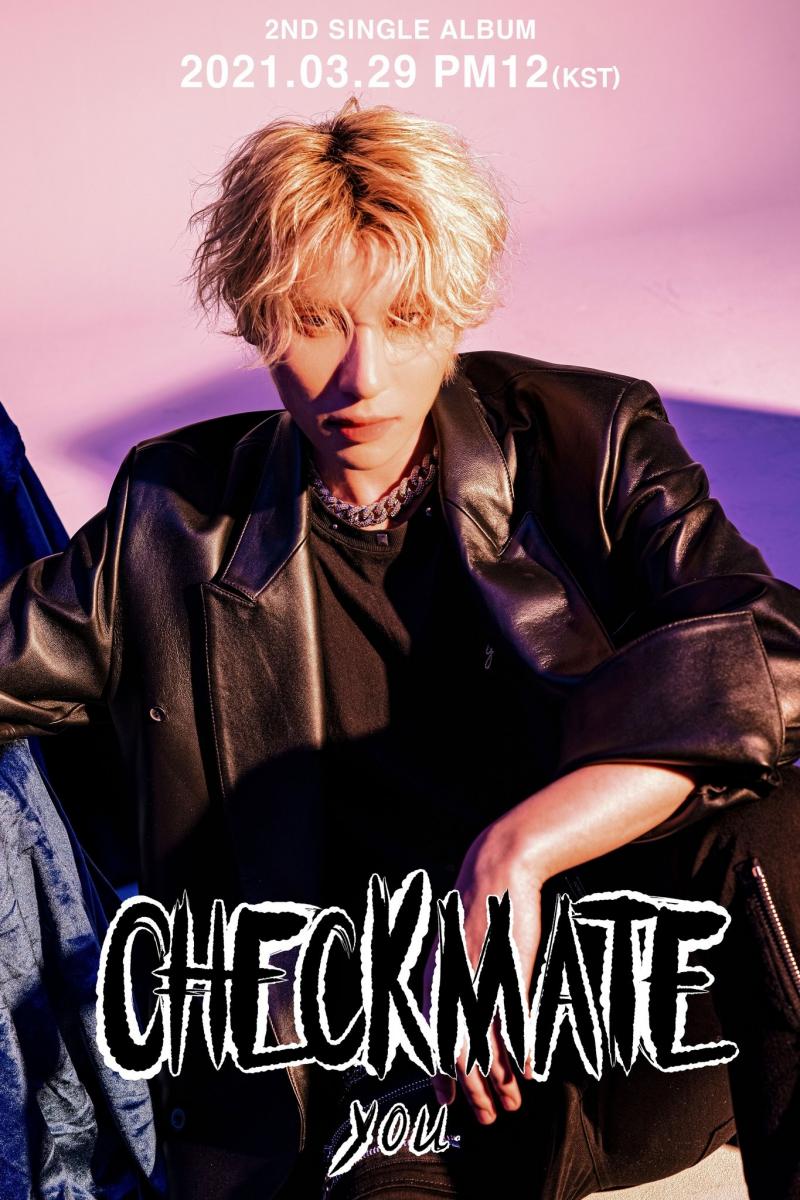 
Yongseok Facts:
– He is the member that talks the most in videos.
– Yongseok said he’s the ‘sexy charisma’ of Checkmate. (‘You’ Media Showcase)
– Members call him a dragon stone.
– He said that BTS inspired him to become an idol.
– He said he never wants his fans to regret falling for Checkmate.
– His hobby is providing manual therapy to the members (he learnt some techniques from his friend who does manual therapy). (‘You’ Media Showcase) 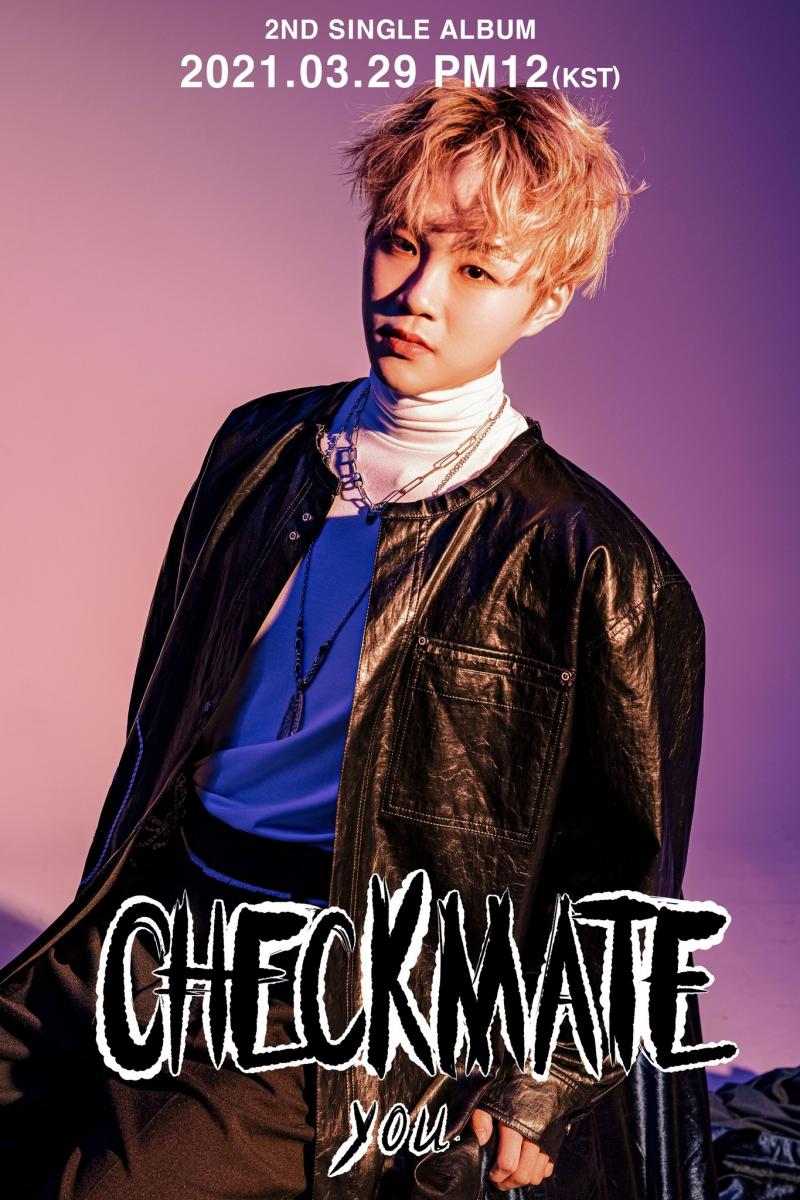 Noah Facts:
– When asked which character he was most like he said Harry Potter.
– His favorite season is fall because it is good for exercising, walking and other activities.
– Yongseok said that when Noah feels good/comfortable he slides down into the chair that he is sitting in.
– Suri bought friendship rings for all of the members, but Noah lost his ring. (‘You’ Media Showcase)
– Noah has his own personal instagram, tiktok, twitter, facebook and youtube channel.
– He’s currently a trainee under One Cool Jacso Entertainment. 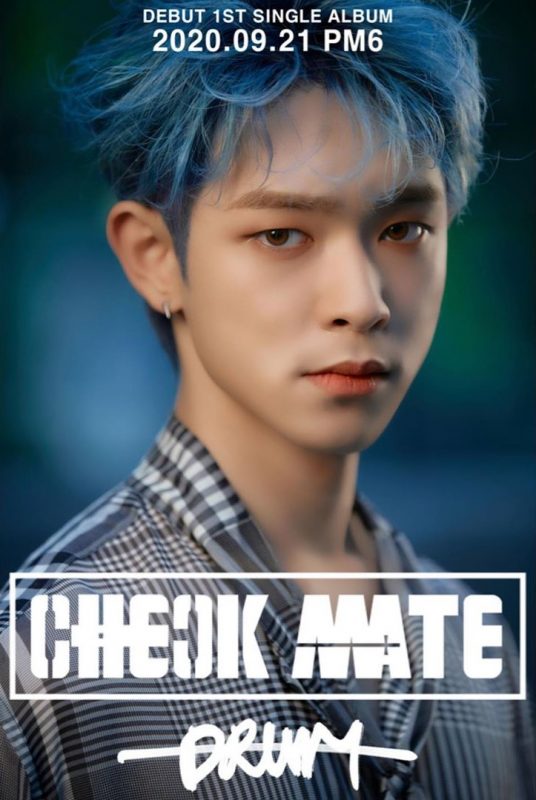 Nason Facts:
– He likes being in the center of the group.
– Although he looks mature he has a boyish charm.
– From all the members he is the best at playing chess.
– He said that being in a mixed-gender group can create this new unique charm and vibe.
– As of November 2020, Nason is believed to have left the group as all references and photos to him have been erased from various media platforms. 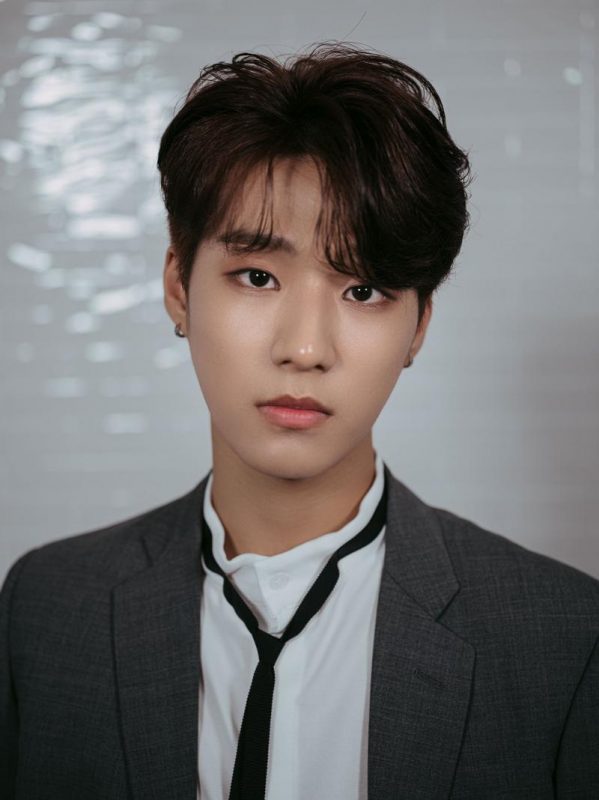 Haechang Facts:
– On November 4, 2020, Haechang was announced as a new member on the agency’s Instagram during a live stream.
– In December 2020 it has been announced that Haechang will stop his activities with CHECKMATE due to personal reasons.

Who is your CHECKMATE bias? Do you know more facts about them? Feel free to comment below. 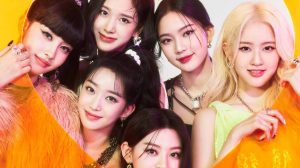 Poll: Which STAYC Title Track Is Your Favorite? 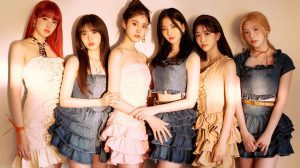 Most Popular Songs The Day Each Member of STAYC Was Born 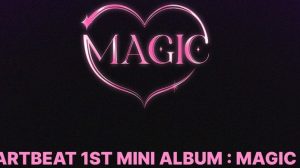 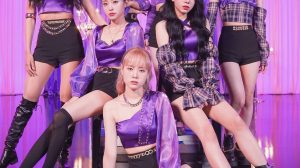 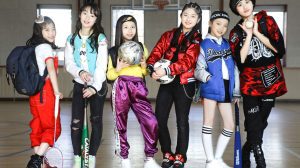