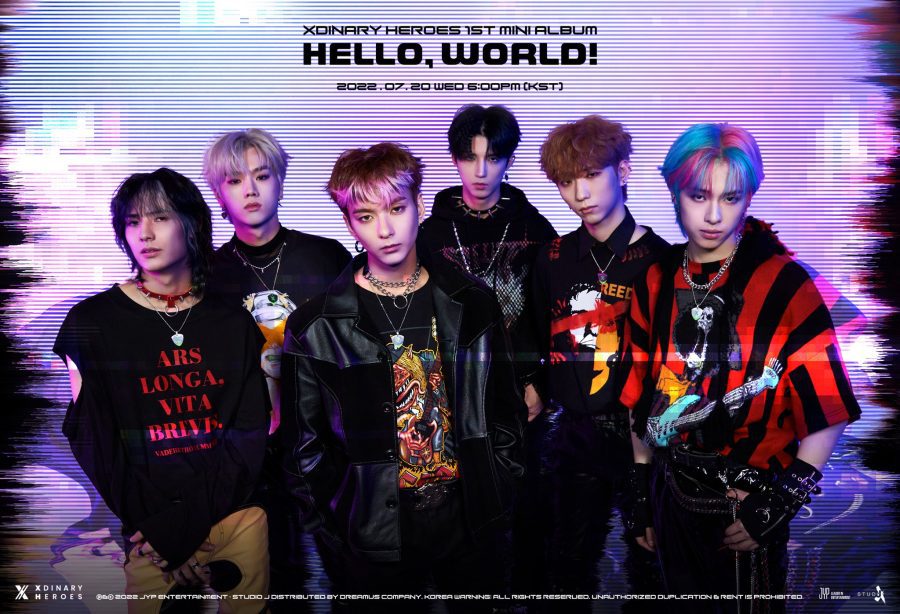 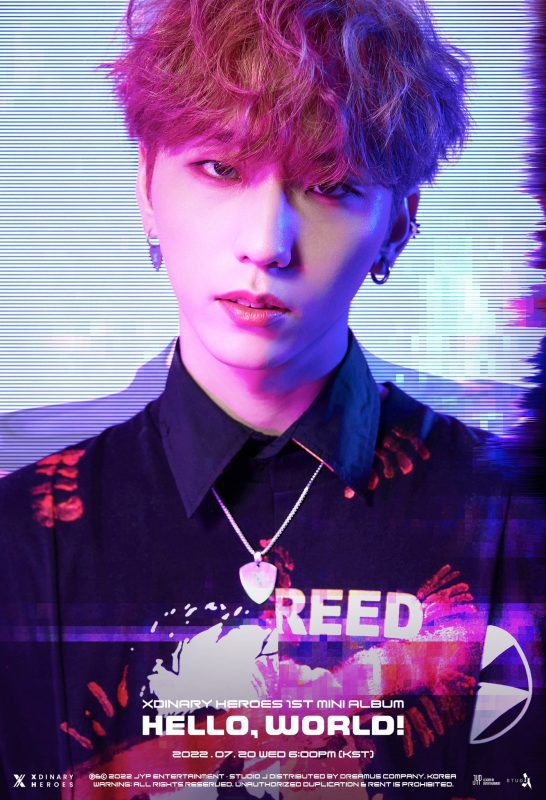 Gunil Facts:
– Gunil was born in Seoul, South Korea.
– He was the sixth and final member to be revealed on November 19th, 2021.
– His nickname is Big Deal (Gunil=keunil=big deal). (FANVATAR Interview)
– He’s a drum scholar at Berklee College of Music.
– Gunil was a part of Berklee’s K-Pop project band named TODAY’S MENU as their drummer.
– People have commented on his resemblance to Stray Kids‘ Han.
– His Chinese zodiac sign is Tiger.
– He is Protestant.
– He started playing drums when he was 15. When he was in 6th grade, he emigrated to the United States with his parents, and he learned drums from his close brother by chance when he was depressed and lonely due to an unfamiliar environment and language barrier. From this point on, he went to the University of Berklee on drums.
– According to the members, he tend to speak well so that he doesn’t get confused on broadcasts or on V-Apps. In group V-App, they also held a talk. He said he wanted to be a radio DJ.
– Currently, he is not a vocalist in the activities of the band, but when he was a trainee, he did monthly evaluations of vocals along with drums. At the time, Park Jin-young advised him to put a little less energy on his vocals and sing as if hw was speaking because he had a good voice.
– He can play guitar, he learnt to play guitar when he was in middle school.
– His favorite band as a kid was Muse. He liked them so much that he was able to guess the song even after listening to a little bit. Now he’s into the synth pop genre and he likes HONNE.
– Personality: A style that has a strong sense of responsibility and digs deep into things that you like.
– Skills: Taking a picture of friends, speaking English, snowball fighter.
– Favorite Things: snacks, longboards, tennis, and winter.
– Personal Hashtags: #sentimental #beautiful_world #serious_about_MBTI
– Introduction Video: Gunil.
– Performance Video: Gunil.
– Motto: “Those who raise themselves will be lowered, and those who lower themselves will be raised.”
Show more Gunil fun facts… 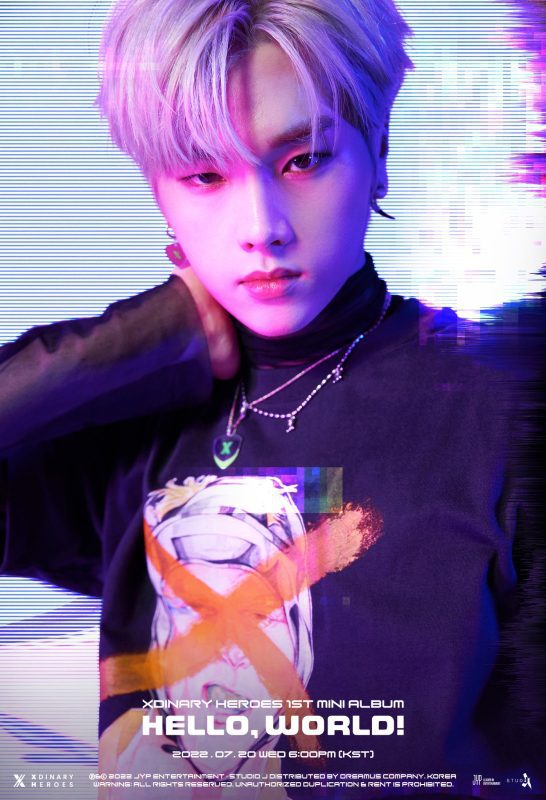 Jungsu Facts:
– Jungsu was born in Ilsan, South Korea.
– He was the fifth member to be revealed on November 18th, 2021.
– His nickname is “Butt Soo”, because of his chubby hips. (FANVATAR Interview)
– He has been training for about three years.
– He first appeared in the JYP Trainee Showcase in 2019.
– His Chinese zodiac sign is Snake.
– He and O.De joined to company for being a member of an idol group, not a rock band.
– Originally, he learned the piano when he was 7 or 11, and he didn’t play all the time, but after joining JYP, he joined a band and learned the keyboard.
– The second member to wash quickly in the dorm. O.de is the first to get up and wake up around the time to wash up. It is said that by the time O.de has washed all the clothes, they go ahead and wash over Gaon for the second time.
– Hobbies: Longboarding
– Goal: World Peace.
– Personality: Calm, gets tired easily.
– Skills: Good at smiling and eating,
– Favorite Things: Food (other than tteokbokki, he likes all foods), clothes, riding a bicycle, chatting.
– Personal Hashtags: #cheeky #mukbang #effort.
– Introduction Video: Jungsu.
– Performance Video: Jungsu.
– Motto: “Don’t be satisfied.”
Show more Jungsu fun facts… 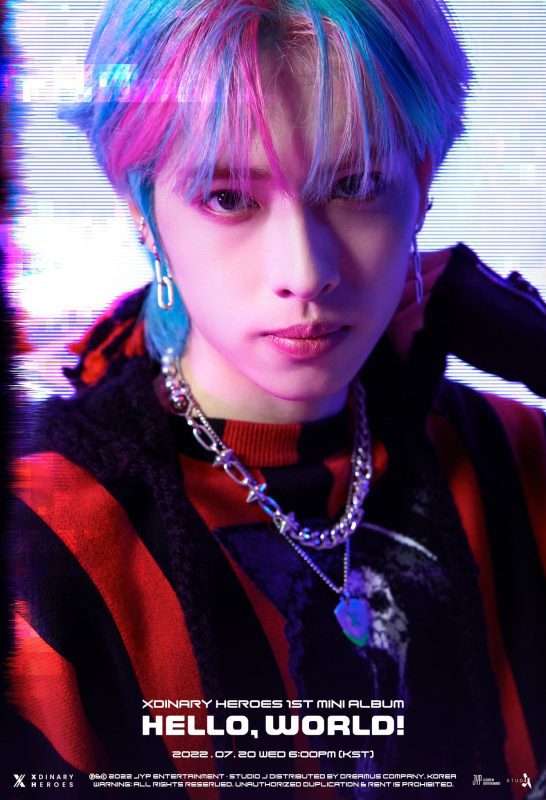 Gaon Facts:
– He was born in Guri, Gyeonggi Province, South Korea.
– He was the third member to be revealed on November 16th, 2021.
– His nickname is “Ttangdol” (땅돌), which means ground stone. (FANVATAR Interview)
– Back when he was in middle school, he was a member of a co-ed band.
– His Chinese zodiac is Snake (born before the Chinese new year).
– Education: Chungui Middle School, Songyang High School.
– He was a subscriber of Gunil’s YouTube channel. When he learnt that Gunil is joining the band, he was shocked. It was like meeting a celebrity, he said.
– Personality: Cheerful and quiet.
– Skill: He has shallow knowledge.
– Favorite Things: Watching movies and dramas.
– Personal Hashtags: #ENTP #free-spirited #soul
– Introduction Video: Gaon.
– Performance Video: Gaon.
– Motto: “The more you tap the iron, the harder it gets.”
Show more Gaon fun facts… 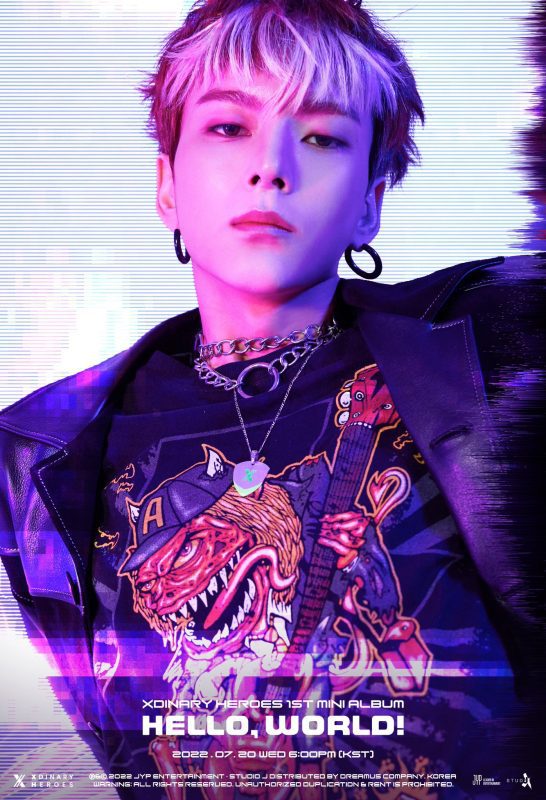 O.de Facts:
– He was born in Yeongtong-gu Suwon, Gyeonggi-do, South Korea.
– He was the second member to be revealed on November 15th, 2021.
– His nickname is “Shiba Dog”, because they have similar personalities and appearances. (FANVATAR Interview)
– He joined JYP Entertainment in 2019 through a private audition.
– His Chinese zodiac sign is Horse.
– Education: Shinsung Elementary School, Yeongdeok Middle School, Cheongmyeong High School.
– He also passed J Planet Entertainment auditions.
– He is from Gyeonggi-do, but he has a Busan dialect accent since his parents are from Busan and they go down to Busan every holiday.
– He turns off Jooyeon’s alarm every morning and tries to wake Jooyeon up to wash but he always says he won’t wake up.
– Personality: Simple and focused on what you’re into.
– Skills: Handling the sound of opening a bottle, spacing out, looking at recipes, skiing.
– Favorite Things: Fashion, stew, purple, Korean food, sounds of noodles (?), midi spacing, watching movies or dramas alone.
– He and Jungsu joined to company for being a member of an idol group, not a rock band.
– Personal Hashtags: #kipponchildren #performer #performance.
– Introduction Video: O.de.
– Performance Video: O.de.
– Motto: “Let’s not get tied up with the motto.”
Show more O.de fun facts… 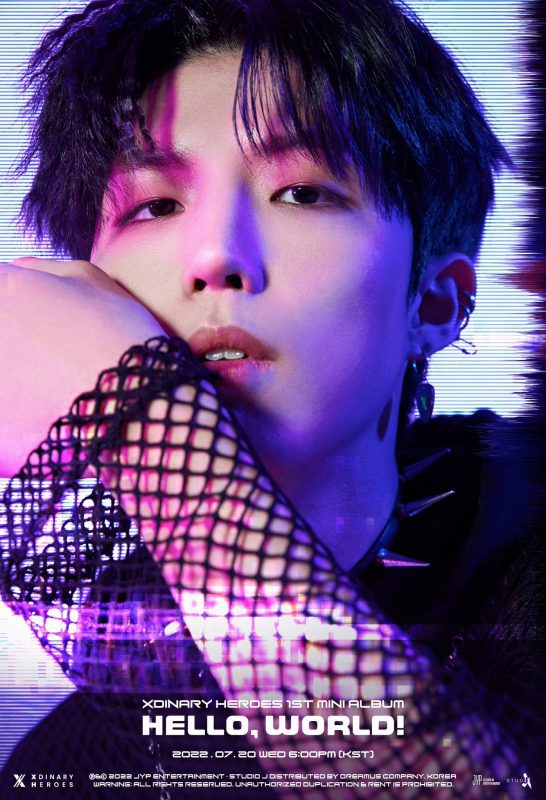 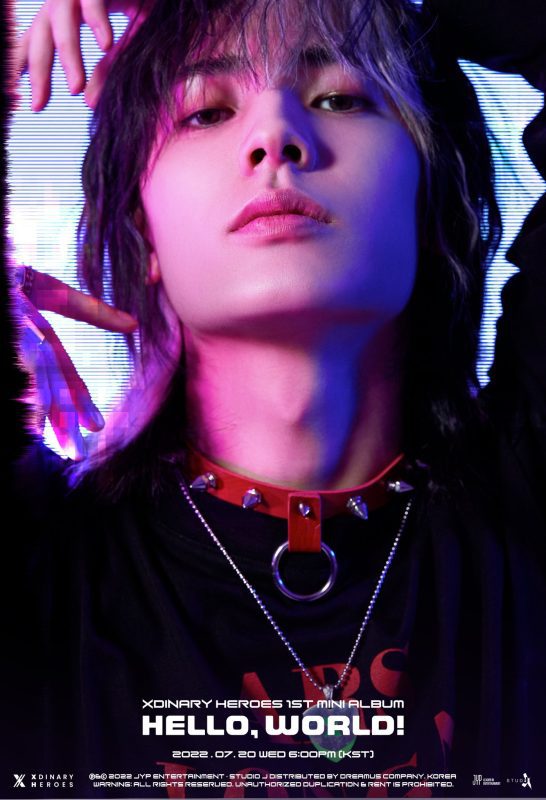 Jooyeon Facts:
– He was born in Ansan but moved to Daegu when he was young.
– He was the first member to be revealed on November 14th, 2021.
– His nickname is “The Troublemaker”, because he’s playing a role like the loud youngest member. (FANVATAR Interview)
– He joined JYP Entertainment in 2020 through a private audition.
– His Chinese zodiac sign is Horse.
– He is known as ‘The king of the dance’ and he was a member of a dance group before his official debut.
– He sleeps a lot in the morning. He sets the alarm, but when the alarm goes off, he turns it off and covers the bedding, and when the alarm goes off again, he turna it off again and cover the duvet. But he says he doesn’t remember the sound of the alarm. One of O.de’s tips to wake up Jooyeon is to walk the blanket all the way to his toes. He wakes up saying, ‘Where did my blanket go…?’
– His favorite artists are Imagine Dragons and 5SOS.
– In a video JYP himself told that he’s in charge of visuals in Xdinary Heroes.
– Personality: Very optimistic.
– Skills: Athletic. His ability to learn is great.
– Favorite Things: Sports (soccer, basketball, etc.), meat, playing games, watching animes.
– Personal Hashtags: #music #sports #game.
– He doesn’t like vegetables.
– Introduction Video: Jooyeon.
– Performance Video: Jooyeon.
– Motto: “Let’s live as life goes!”
Show more Jooyeon fun facts…

Note 2: The Positions have been confirmed on “Weekly Idol” ep 543 and on 1stLook Interview.

Do you like Xdinary Heroes? Do you know more facts about them? Feel free to comment below. 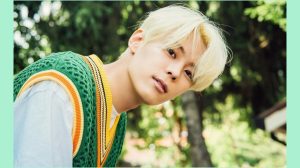