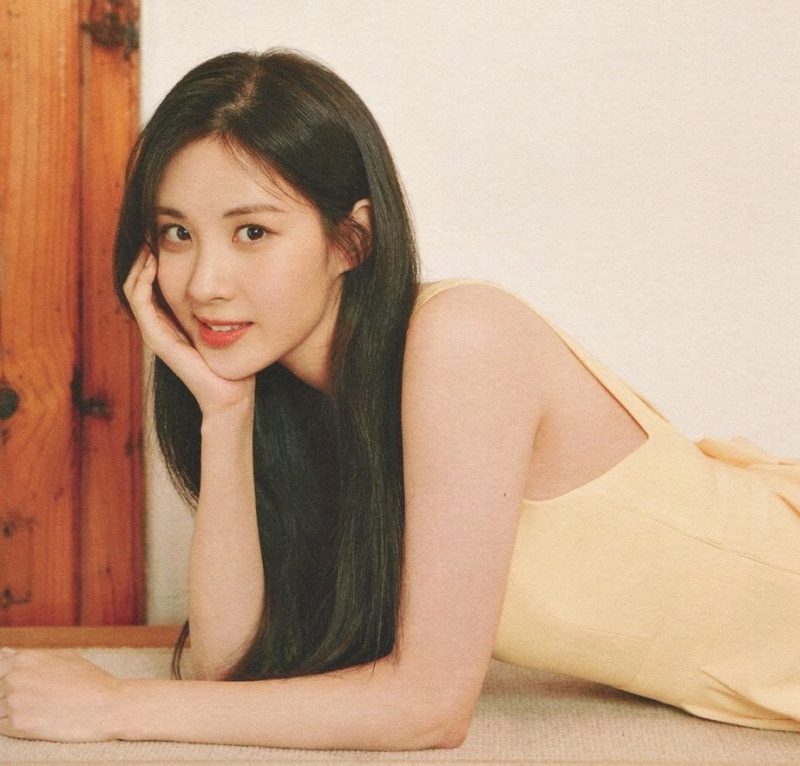 Seohyun (서현) is a South Korean solo singer and actress currently under Namoo Actors. She is also a member of Girls’ Generation (SNSD). She officially debuted as a soloist on January 17, 2017

Seohyun Facts:
– She was born in Seoul, South Korea.
– She doesn’t have siblings.
– She was cast during 2003 SM Casting System.
– Her nicknames are: Maknae (the youngest one), Seobaby, Seororo, Hyun, Joohyun.
– She speaks Korean, Chinese, Japanese and English.
– She hates hamburgers.
– She loves eating Goguma (Sweet potatoes).
– She is the second tallest in the group (1st is Sooyoung).
– She usually commits mistakes during performances.
– She said her ideal man is Johnny Depp.
– She loves the manga/dorama Nodame Cantabile.
– Seohyun hates unhealthy foods.
– Seohyun always uses a safety belt even if she is in the back seat.
– Seohyun likes to read books but doesn’t read a lot.
– Seohyun can never drop her habit of using honorifics.
– Seohyun always keeps herbal medicine in her Backpack.
– Seohyun once brainwashed Taeyeon into watching Keroro.
– Seohyun cried because their Manager Oppa said if they Won a MMA award he would quit smoking but he smoked in front of her.
– Seohyun and Taeyeon performed “Can you hear me” for Beethoven Virus OST.
– Seohyun can imitate alarm clocks.
– Seohyun has once lost her shoe while performing “Tell Me Your Wish” live.
– Seohyun has a habit of waking up when someone turns on the light or calls out to her.
– Seohyun once attempted to post all 1000 Keroro stickers everywhere around the Girls’ dorm but her unnies prevented her from doing so.
– Whenever Seohyun is angry she will stay quiet and exhale through her nose.
– Seohyun’s unnies said Seohyun takes the longest out of all the members in the bathroom.
– Seohyun went to school with SHINee’s Onew
– She was cast in We Got Married. Her husband in WGM was CN Blue’s leader Jung Yonghwa, they were given the nickname “Sweet Potato Couple”.
– Seohyun went to the same high-school with Yoona (Daeyeong High School) but then she transferred to Taeyeon’s alma mater, Jeonju Arts High School, and graduated there. Then she started attending Dongguk University’s Department of Art along with Yoona.
– She appeared in dramas like: “Unstoppable Marriage” (2007), “Passionate Love” (2012), “The Producers” (ep.1), “Warm and Cozy” (2015), “Moon Lovers: Scarlet Heart Ryeo”, “Weightlifting Fairy Kim Bok-Joo” (2016), “Bad Thief, Good Thief” (2017), “Time” (2018).
– She also acted in musicals such as: “Moon Embracing the Sun” (2014), “Gone with the Wind” (2015).
– She acted in the Chinese movie “So I married an Anti fan” (2016).
– Since April 2012 she is part of the subgroup “TTS” together with band members Taeyeon and Tiffany.
– On August 28, 2016, Seohyun and Yuri released a song via SM Station, titled “Secret”.
– On January 2017, Seohyun became the 3rd member to release a solo album, with her debut extended play titled “Don’t Say No”.
– On 9 October 2017, it was announced that Seohyun left SM Ent. Seohyun is going to focus on acting.
– Seohyun said “I’ll always do my best to be with the unnies when I’m needed as a part of Girls’ Generation in the future” (November 3, 2017 – Instagram)
– Seohyun was working with Sublime Artist Agency (no contract was set) but she left back in May 2018 and started working on a one-person agency with the help of her close friends and father.
– In March 2019, Seohyun signed with new agency Namoo Actors.
– Seohyun’s ideal type: “Courtesy is the most important factor. I wish he was a guy who can understand from the opposite point of view, and someone who I can always interact with a smile. Seeing a guy like him will probably make me feel better as well.” 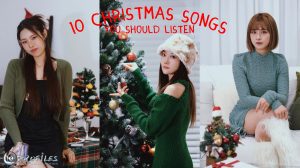