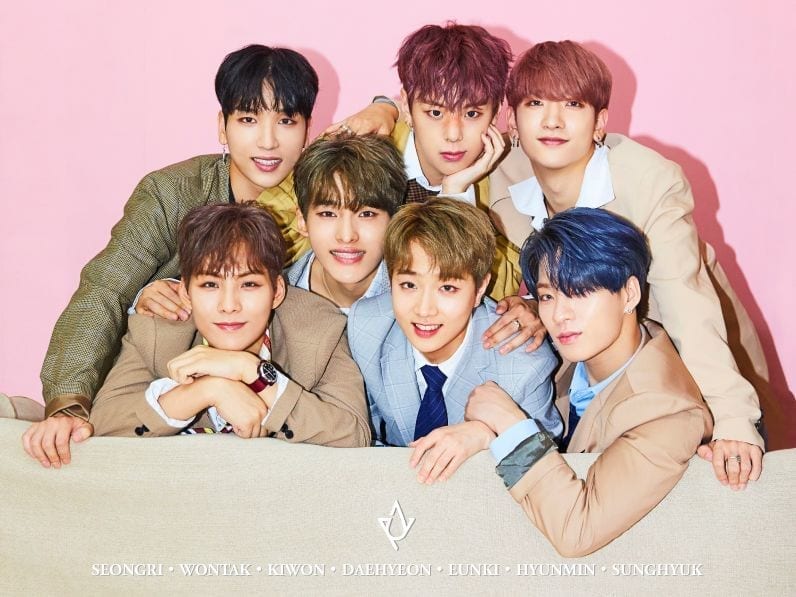 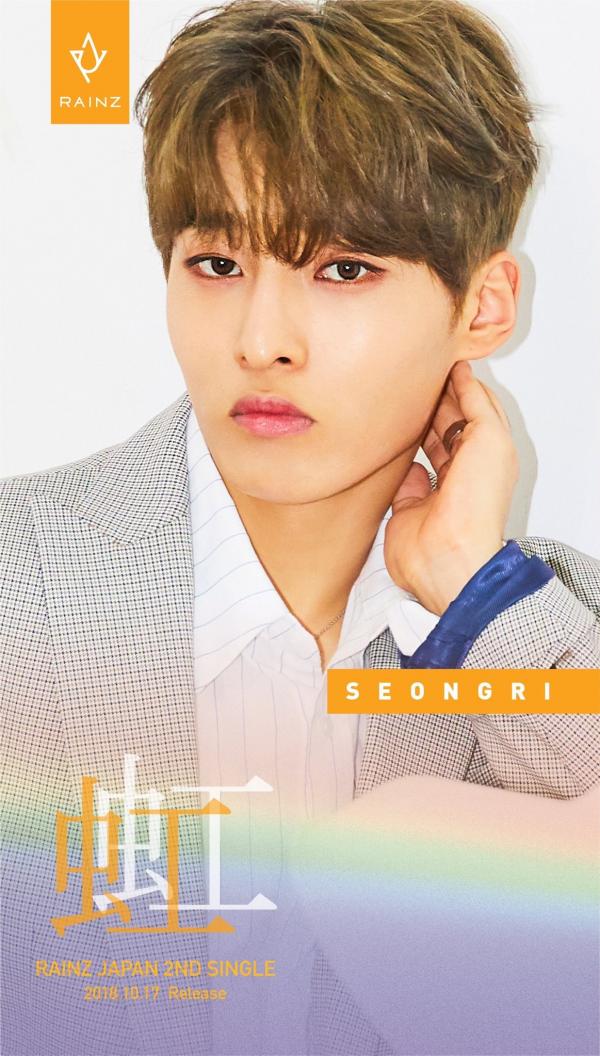 Seongri Facts:
– He is under C2K Entertainment.
– He trained for 5 years and 2 months.
– He was a member of disbanded group K-BOYS.
– He likes to listen to music, practice singing, and sleep.
– His specialty is yoga.
– He was on music show I Can See Your Voice.
– He is a dork.
– He has a weird sense of humor.
– Seongri, Kiwon & Eunki were on Open Up Team before they were eliminated – PD101
– He is roommate with Seonghyuk.
– Seongri’s favourite dish is Pork Belly
– He was eliminated episode 8, rank 47 on Produce 101 Season 2. 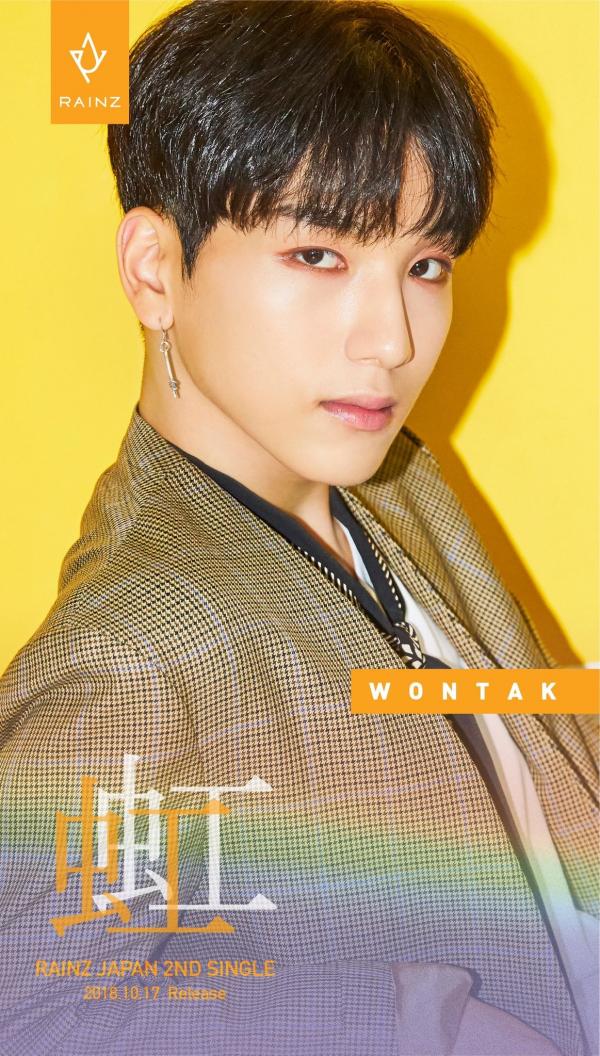 Wontak Facts:
– He is under 2ABLE Company.
– He was a trainee for 4 years and 2 months.
– He is in K-pop boy group Underdog and his stage name is Roel.
– His hobbies include skating and bowling.
– His specialty is speaking Japanese.
– He released a single  called “Baby Goodnight” featuring Suyeon of A.De.
– He’s the self-declared sexiest member.
– He hugs everyone.
– He is roommate with Eunki & Hyunmin.
– He likes composing songs.
– He was eliminated episode 5, rank 62 on Produce 101 Season 2.
– He made his solo debut with the song ‘In The Light’ on November 25, 2018.
Show more Wontak fun facts… 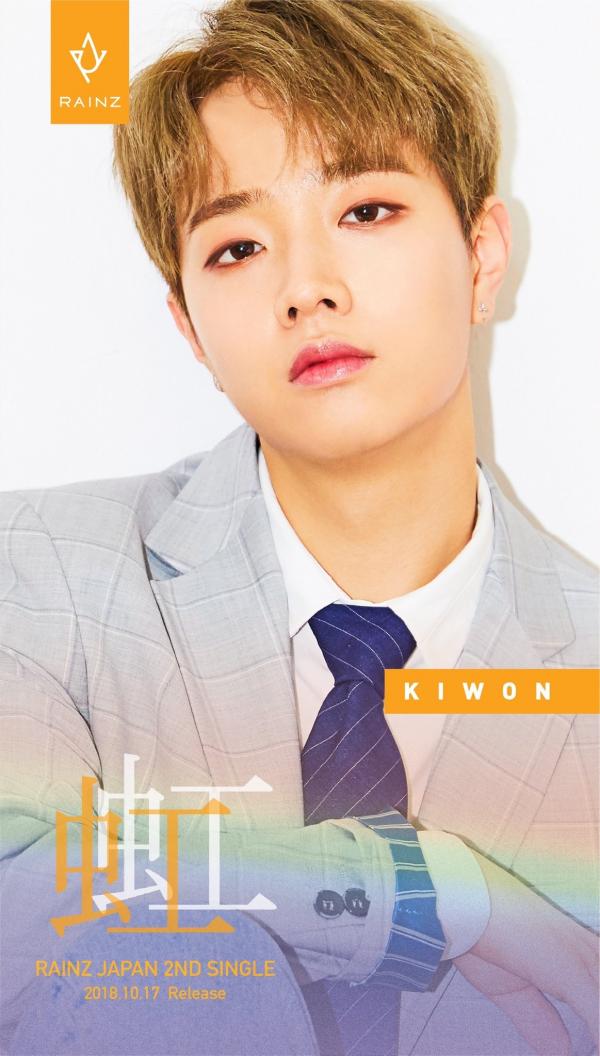 Kiwon Facts:
– He is under 2Y Entertainment.
– He trained for 4 years and 7 months.
– He is a former JYP trainee who used to train with GOT7.
– He likes to take walks and watch movies.
– His specialty is playing instruments and arranging music.
– He likes to play around.
– He appeared in Sunmi’s “Full Moon” MV.
– He’s the king of covers in the band.
– He’s the most talkative representative for the group
– He’s one of the oldest members but looks like the youngest member.
– He has a song called “Run Run Run”.
– He’s the most reliable member.
– Seongri, Kiwon & Eunki were on Open Up Team before they were eliminated – PD101
– He is roommate with Daehyun.
– Kiwon’s favorite RAINZ’s song is the side track “Rainy Day”.
– He was eliminated episode 8, rank 53 on Produce 101 Season 2. 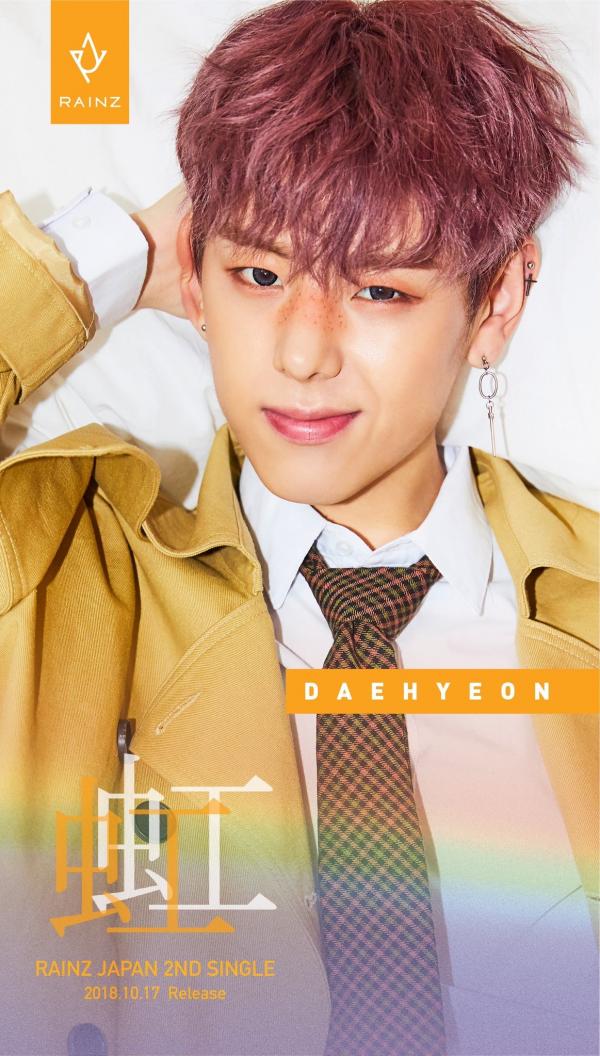 Daehyeon Facts:
– He is under OUI Entertainment.
– He trained for 9 months.
– His hobbies are making rap, taking selcas, socializing, and eating.
– His specialties are cooking and public engineering.
– He is roomate with Kiwon.
– He is a shopaholic.
– Japan is the country he most wants to go to.
– He was eliminated episode 5, rank 83 on Produce 101 Season 2.
– He debuted as a soloist on August 24th, 2019 with the song “Feel Good”.
Show more Jang Daehyeon fun facts… 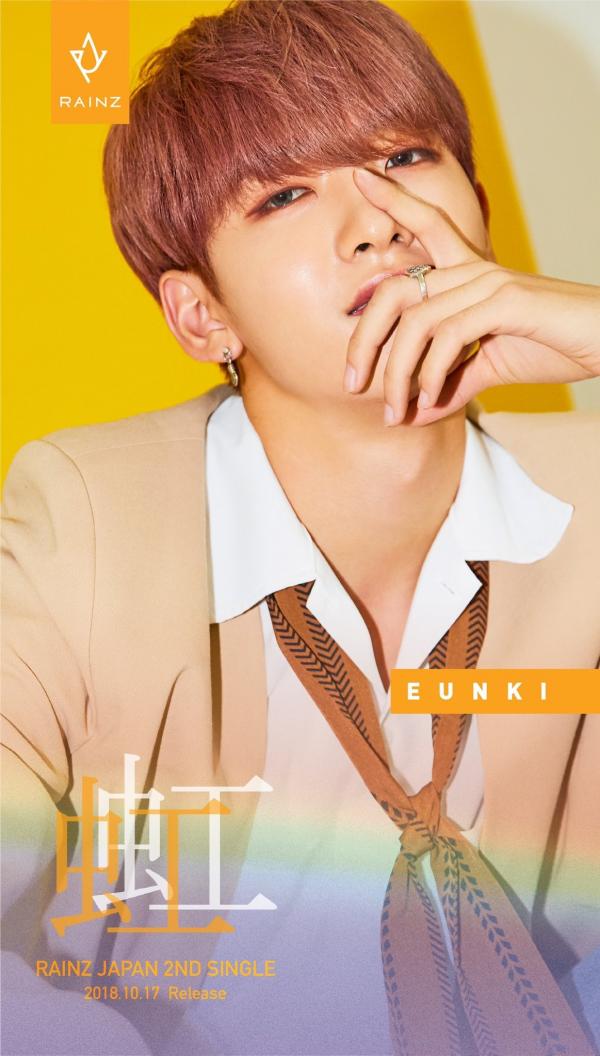 Eunki Facts:
– He is under GON Entertainment.
– He trained for 6 years and 1 month.
– His hobby is to plan stages and performances.
– His speciality is stretching.
– He is the mom of the group, who takes care of members.
– He has great abs.
– He’s a flexible member.
– He has an unique laugh.
– Seongri, Kiwon & Eunki were on Open Up Team before eliminated – PD101
– He is roommate with Wontak & Hyunmin.
– Eunki is friends with DK from Seventeen.
– Eunki likes Pink color.
– He was eliminated episode 8, rank 38 on Produce 101 Season 2.
– He debuted as a soloist on July 19, 2019 with the single “Blow” – Eunki solo profile. 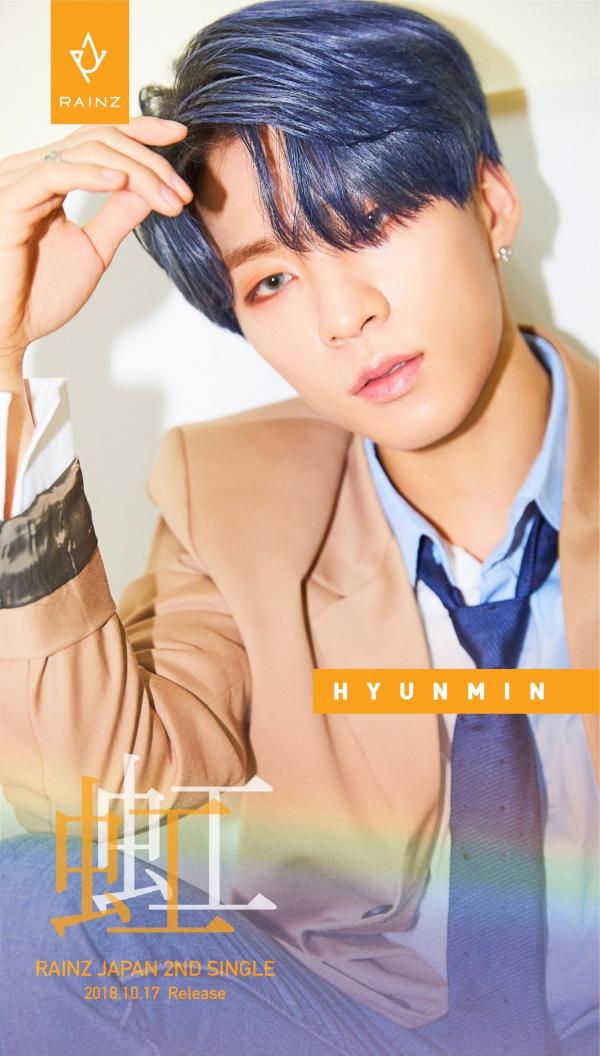 Hyunmin Facts:
– He is under K-TIGERS Entertainment.
– He trained for 1 year and 2 months.
– His interests include sports and watching cartoons.
– His specialties are krumping, taekwondo, and acrobatics.
– He really loves to spank Kiwon’s butt.
– He can do a lot of flips.
– He is a funny guy.
– He is an artist.
– He is roommate with Eunki & Wontak.
– He addicted to Patbingsu (a popular Korean shaved ice dessert with sweet toppings).
– His favourite drink is Powerade (a sports drink).
– Hyunmin’s role model is BTS’ V.
– He was eliminated episode 8, rank 45 on Produce 101 Season 2.
– He’s currently a member of K-Tigers Zero. 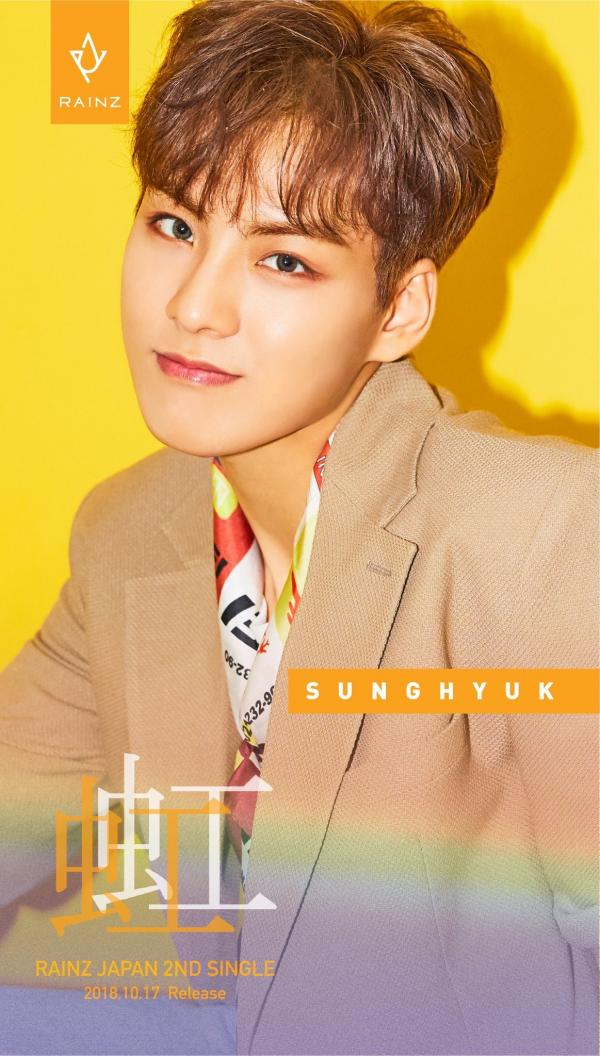 Sunghyuk Facts:
– He is under WH Creative.
– He trained for 6 months.
– His interests are sports and listening to music.
– His specialty is soccer.
– He is easy to get surprised.
– He is good at singing.
– He is a living meme.
– He is a good actor (he was in a web drama).
– He is roommates with Seongri.
– He likes to go shopping.
– He was eliminated episode 10, rank 31 on Produce 101 Season 2.

Who is your RAINZ bias? Do you know more facts about them? Feel free to comment below. 🙂 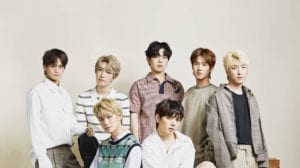 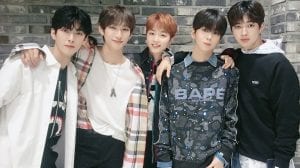 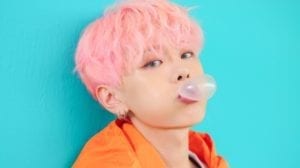 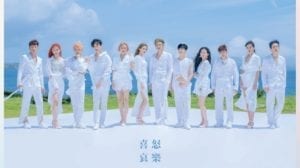