Queendom 2 (퀸덤2) was a reality survival show for girl groups that aired on MNET every Thursday at 09:20PM KST. The show was hosted by Taeyeon, one of the biggest South Korean soloists who made her debut back in 2007, along with comedian Lee YoungJin as the queen manager of the show. Queendom 2 features Brave Girls, Cosmic Girls (WJSN), Kep1er, LOONA, Hyolyn and VIVIZ. These contestants went against each other and released music on streaming sites simultaneously. The show began airing on March 31, 2022 and ended on June 2, 2022. 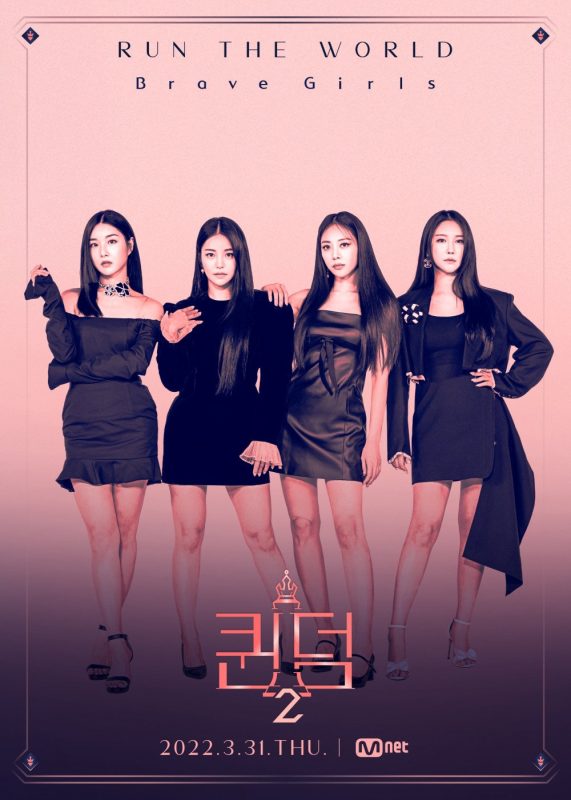 Brave Girls (브레이브걸스) is a South Korean girl group under Brave Entertainment. The current lineup consists of Minyoung, Yujeong, Eunji and Yuna. The group debuted on April 7, 2011 with the single Do You Know?. 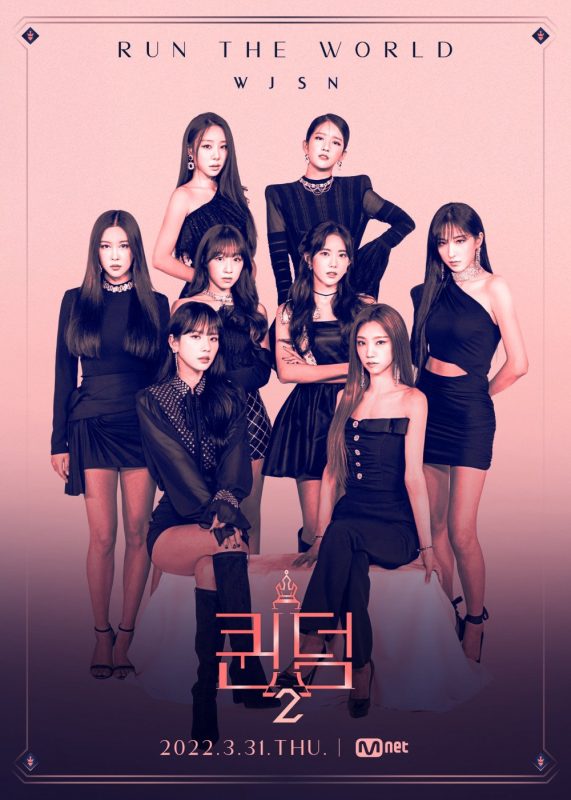 Cosmic Girls (우주소녀), also known as WJSN, is a South Korean girl group under Starship Entertainment and Yuehua Entertainment. The group’s lineup for the show consists of EXY, Seola, Bona, Soobin, Luda, Eunseo, Yeoreum, Dayoung and Yeonjung (Cheng Xiao, Meiqi, Xuanyi and Dawon are on hiatus and are not actively promoting with WJSN). The group debuted on February 25, 2016 with the mini-album Would You Like?. 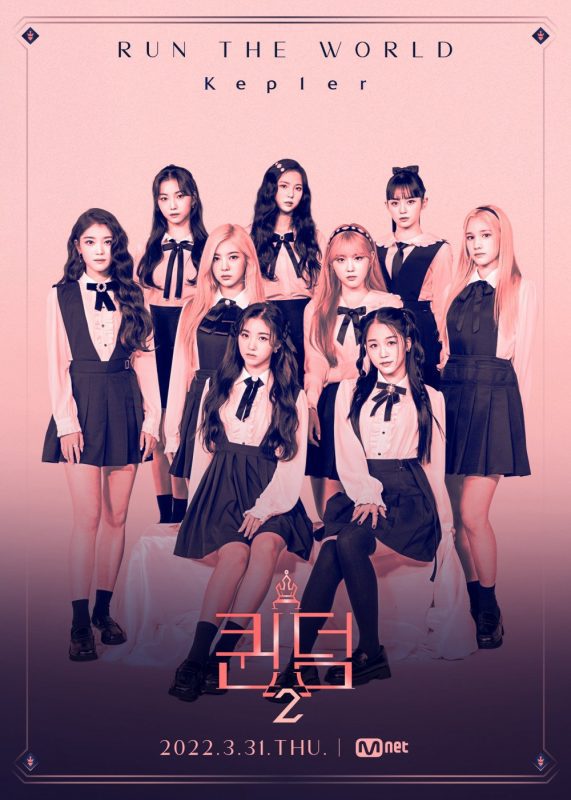 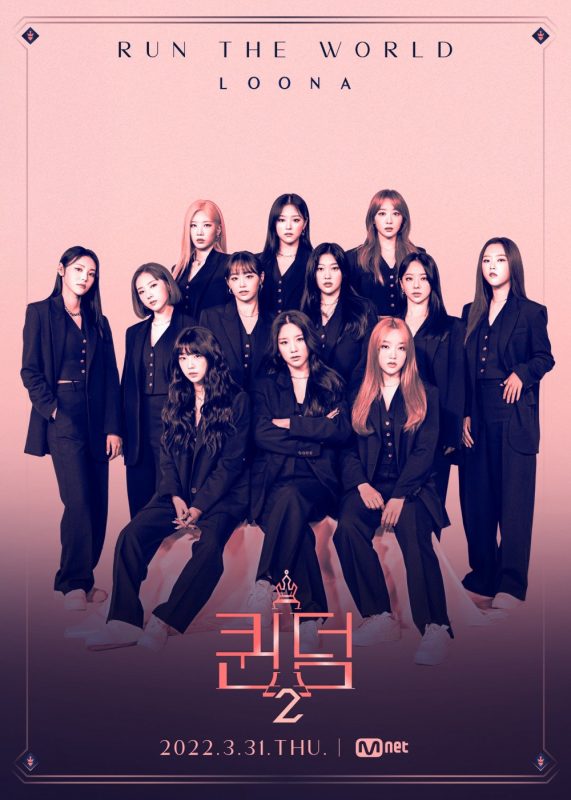 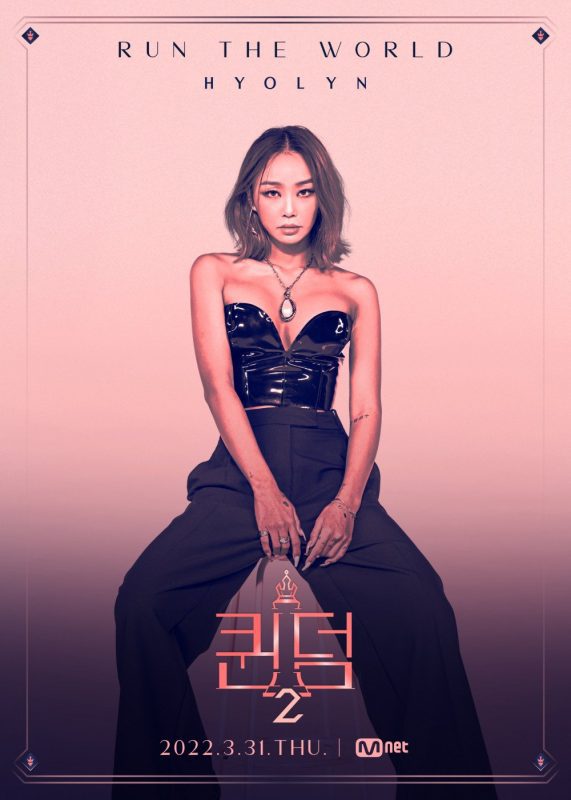 Hyolyn (효린) is a South Korean soloist, actress and former member of SISTAR under Brid3. She debuted as a soloist on November 26, 2013 with the full-album LOVE & HATE. 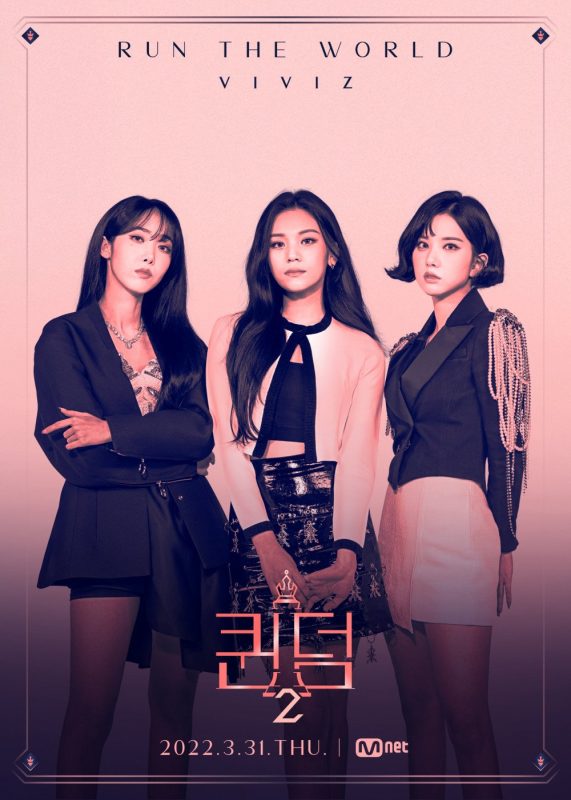 VIVIZ (비비지) is a South Korean girl group under BPM Entertainment. The group consists of 3 former members of GFRIEND; SinB, Eunha and Umji. The group debuted on February 9, 2022 with the mini-album Beam of Prism. 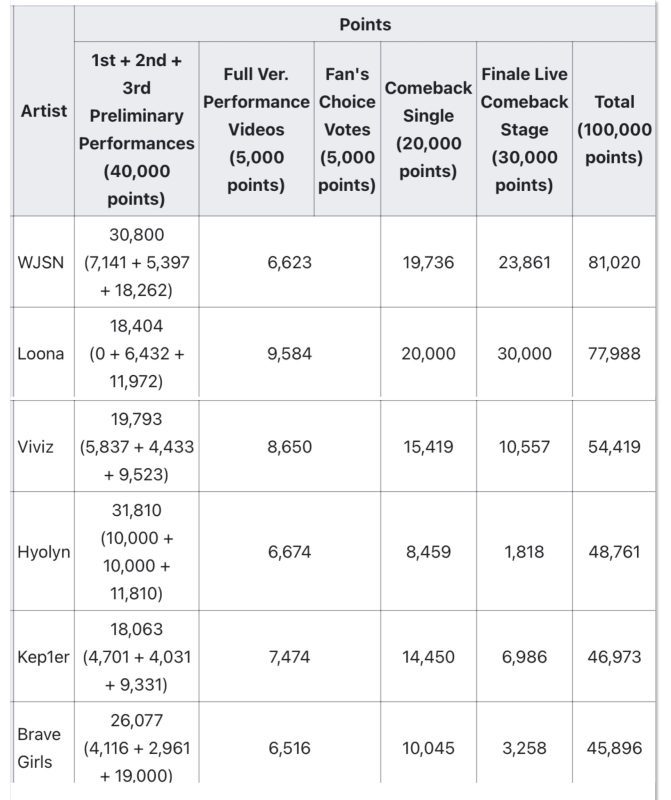 Who did you root for on Queendom 2? Do you have any extra information or corrections for the program? Please comment below! 🙂 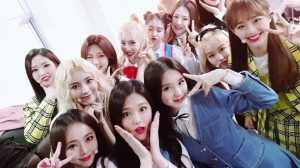 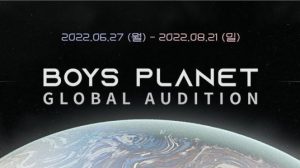 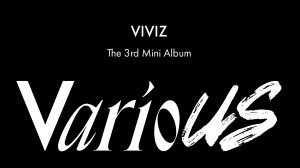