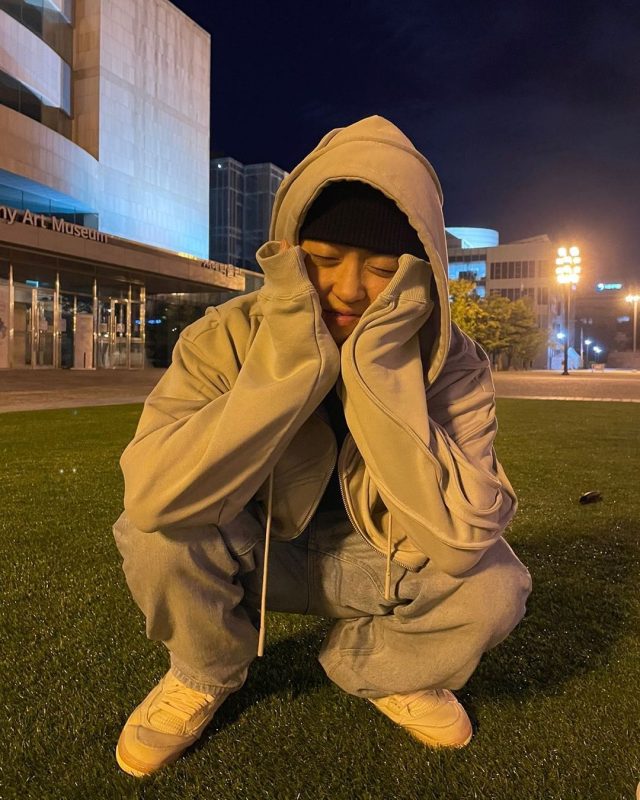 Leellamarz / 릴러말즈 is an South Korean rapper and violinist under Ambition Musik.
Debuted in July of 2017 with the album ‘Y’ under Wayside Town.

Leellamarz Facts:
– His MBTI is ENTP and INTP.
– He is a part of the Wayside Town crew.
– In 2019 he joined Ambition Musik.
– Nicknames: cutie, Quoka.
– His close friends call him Leella / 릴러.
– He chooses health over fame.
– Education: Gajwa ES, Yewon MS, Seoul Arts HS, Korea National Uni. of Arts, Manhattan School of Music.
– Used to go by the rap name, Lil’ K, but is now using Leellamarz instead.
– Started music due to the strawberry cakes that his mom gave to him after violin classes.
– Known for talking on the phone for hours on end and never hanging up.
– Leellamarz has a sense of fashion.
– He seems to like Air Jordans the most.
– A former contestant of SMTM5, but was eliminated after a one-on-one match against SUPERBEE.
– Him and SUPERBEE are still good friends.
– SMTM5 was the first time Leellamarz held a microphone and went on stage.
– Leellamarz was a feature on SMTM8, during Lil Tachi and BIG Naughty‘s ‘CCTV’.
– A feature on SMTM10 during Basick‘s performance.
– Leellamarz wrote and composed Kunta‘s final 2nd round song.
– He wants to go on SMTM as a producer, but not as a contestant.
– To win over a woman’s heart he put on a performance due to being desperate.
– According to him, he can do voice mimicry of The Quiett the best.
– His own favorite song is ‘Ambition‘ due to him writing it at his hardest time.
– He wants to do a featuring for J.Y Park as he is a huge fan.
– His life goal is to live a healthy life and maintain his career.
– He would pick GroovyRoom over BOYCOLD.
– If he had to pick between being a rapper or a violinist. He would pick being a rapper.
– In Jan. of 2021, he took a break from making music due to a burnout, but is now back.
– During his break, he danced to Ai Otsuka‘s Sakuranbo.
– He also began to exercise during his break.
– His car is an red Mercedes AMG GT.
–  On December the 14th, Leella released his album ‘VIOLINIST2′.
–  The album consists of 11 tracks which features The Quiett, GIST, Inmo Yang and Milena.
– Made an apperance on DF‘s YT in December of 2021.
– In March of 2022, he featured on PATEKO‘s ‘Another day‘.
– He featured on APRO‘s ‘Act‘ in March of 2022.
– Leella featured on Lil Moshpit‘s ‘ON THE BLOCK‘ in April.

NOTE: Please don’t copypaste the content of this page to other sites.
If you use info from our profile, please kindly put a link to this post. Thanks! – Kprofiles.com

How much do you like Leellamarz?
Total Votes: 388
×
You or your IP had already vote.

Do you like Leellamarz? Do you know more facts about him?
Feel free to comment down below. Thank you for your help!