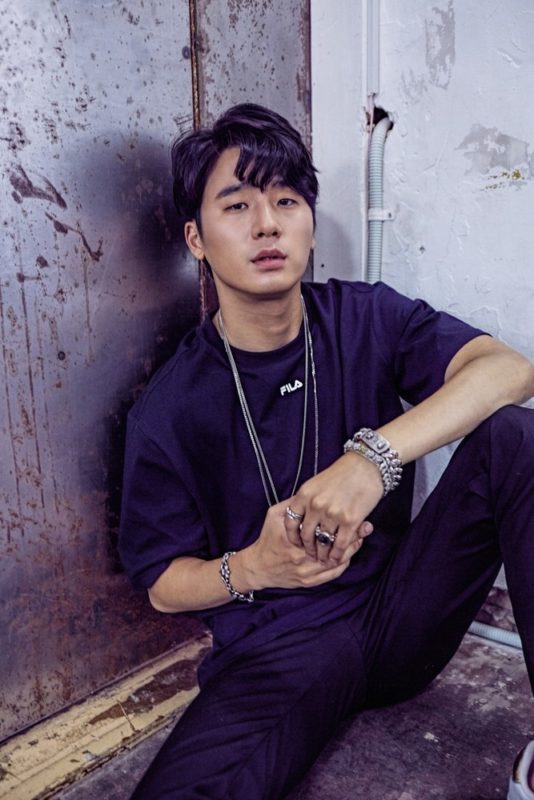 Basick (베이식) is a South Korean rapper under his own label OUTLIVE. He debuted with the 2008 single “Better Than The Best”.

Basick Facts:
– His hometown is Daegu, South Korea.
– He speaks fluent English.
– He graduated from Babson College Entrepreneurship with a major in marketing.
– He is the winner of Mnet’s Show Me the Money 4 (2015).
– He is married to Yoo Seo-yeon since 2013.
– In 2015 his first child was born, a boy named Lee Chaeha that made an appearance on SMTM4.
– In 2018, he founded a hip-hop label OUTLIVE.
– In the USA he lived in Boston, San Diego, Oregon near Portland, and Vermont.
– His favorite state in the USA is California, mostly because of the weather.
– He first started music and writing lyrics at 19 years old while living in Boston.
– For him, the hardest part of doing music is not making music but coming up with a cool stage name.
– He changed his stage name like 4 to 5 times. He had “A12” which is his birth date, but he doesn’t remember the rest of them. [Sound K]
– Songs from his album “Soft” are not based on his personal experiences.
– After SMTM4 he had a hard time writing love songs because everybody knows he’s married.
– His father is a professor at Kyungpook National University’s medical school.
– He was a producer of the Swish House on Hip Hop Tribe 2: Game of Thrones (2016) with Joosuc and Microdot.
– Some of his favorite rappers are idols.
– He featured in Hyolyn‘s song “My Love” in the Unpretty Rapstar 2 semi-final.
– He grew up listening to The Quiett and Paloalto.
– There are a lot of artists that he’d like to collaborate with so he can’t pick one.
– He loves doing collaborations with rookie artists.
– He loves playing basketball.
– He doesn’t like mint chocolate.
– He doesn’t think that he’d win Show Me The Money again because all you need is one mistake to get eliminated, also because there are many good rappers auditioning.
– He isn’t good at taking selfies.
– His closest friend in the hip-hop industry is Sleepy. [Sound K]
– The one rule that he made for himself while creating his label OUTLIVE is to give his artists the ability to make full decisions regarding their music.
– He is very touched by his overseas fans because he is amazed at how much support they can show from the other side of the world. [Sound K]
– In 2007, he appeared in the Korean underground hip hop scene and was recruited as a member of South Korea’s largest hip hop crew Jiggy Fellaz in 2008.
– In 2009, he was a member of a duo Double Trouble with fellow Jiggy Fellaz crew member, Innovator.
– He used to work for the FILA fashion brand. [THEICONTV]
– He featured in Layone‘s song “iii” with Kid Milli in Show Me The Money 9, ep.9.

Do you like Basick?
Total Votes: 60
×
You or your IP had already vote.