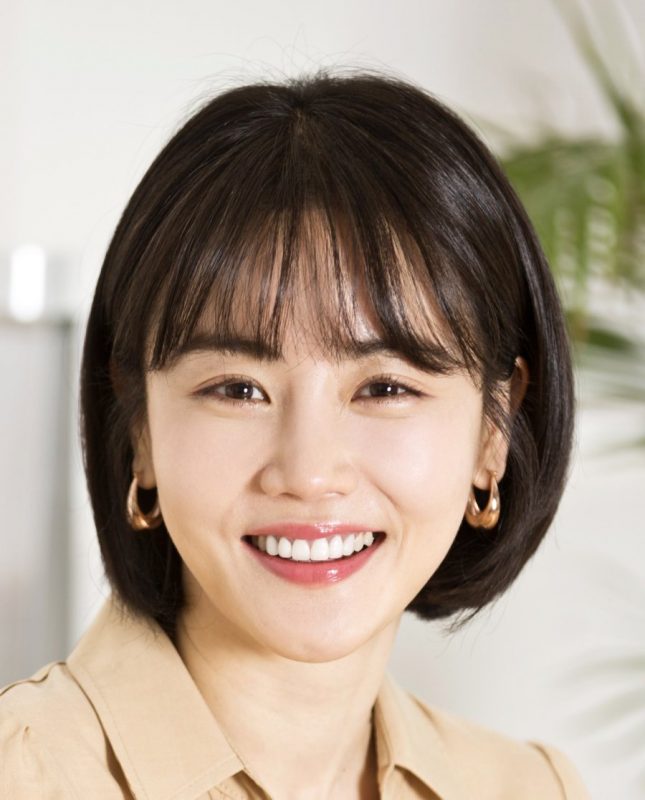 Hwang Woo Seul Hye (황우슬혜) is a South Korean actress under Studio Santa Claus Entertainment. She made her acting debut in the 2008 film “Crush and Blush”.

Hwang Woo Seul Hye Facts:
— Born in Seoul, South Korea.
— Education: Konkuk University College of Art and Design as a film major.
— She was in We Got Married: Season 2 as the wife of actor Lee Sun-ho for 3 months.
— In July 2018 it was confirmed she was dating a businessman younger than her. In November 2018 they grew apart and split up.
— After she became an actress her mom went to the naming center and changed her name to Hwang Woo Seul Hye.
— She likes jazz dance and yoga.
— She is the type that works really hard on the things she enjoys.
— She started by sticking up posters. Thanks to that she learned what it is to work yourself up from the bottom.
— She collapsed from hypothermia while shooting underwater scenes for a film and ended up waking up in the hospital. Because of it, she had a sudden fear of the water.
— She says, she is actually very timid and cries easily.
— She usually doesn’t spend a lot of money.
— She likes healthy food like multigrain rice, fish, and duck.
— She doesn’t like fast food.
— Her actual voice is originally low but while filming “Searching for the Elephant” she spoke in an even lower tone on purpose.
— She is the happiest when eating and watching a movie.
— She usually watches movies alone but more enjoys watching them with others. However, with movies that she thinks others might feel are boring or they will hate her for asking them to watch, she’ll watch alone.
— When she’s acting, she becomes one with the character she portraits. She used the word “possessed”. (Showbiz Korea)
— She often hears that she is funny. (Showbiz Korea)
— She rarely wears makeup. (Showbiz Korea)
— She is not afraid of showing that she is aging naturally. (Showbiz Korea)
— When she was younger she used expensive cosmetic brands but in 2017 she started using baby products. (Showbiz Korea)
— She has very sensitive skin and since using baby products her skin condition got better. (Showbiz Korea)
— She uses a saline solution facial pack after letting it cool in the refrigerator.
— She wants to try out playing an extreme character like ‘Hurley’, unique, or characters that aren’t very realistic like angel, robot, or even an animal.
— She was a narcissist until 26/27 years old, she always looked into the mirror that she was carrying with her. (Happy Together)
— She was obsessed with the way she looks. (Happy Together)
— She was humiliated at the famous cafe in Apgujeong-dong by bumping into the glass wall then got bounced off until she knelt down. (Happy Together)
— She was taking acting classes 15 years after her debut. Practicing 6 hours for 5 days(Happy Together)
— She doesn’t consider herself good at playing smart characters. (Happy Together)
— She is a fan of Sechs Kies. (Knowing Bros)
— She washes her hair every three days. (Knowing Bros)
— She kissed Heechul on the forehead while filming Knowing Bros.

Which of the following Hwang Woo Seul Hye's roles is your favorite?
Total Votes: 57
Voters: 39
×
You or your IP had already vote.

Do you like Hwang Woo Seul Hye? Do you know more facts about her? Feel free to comment below.😊