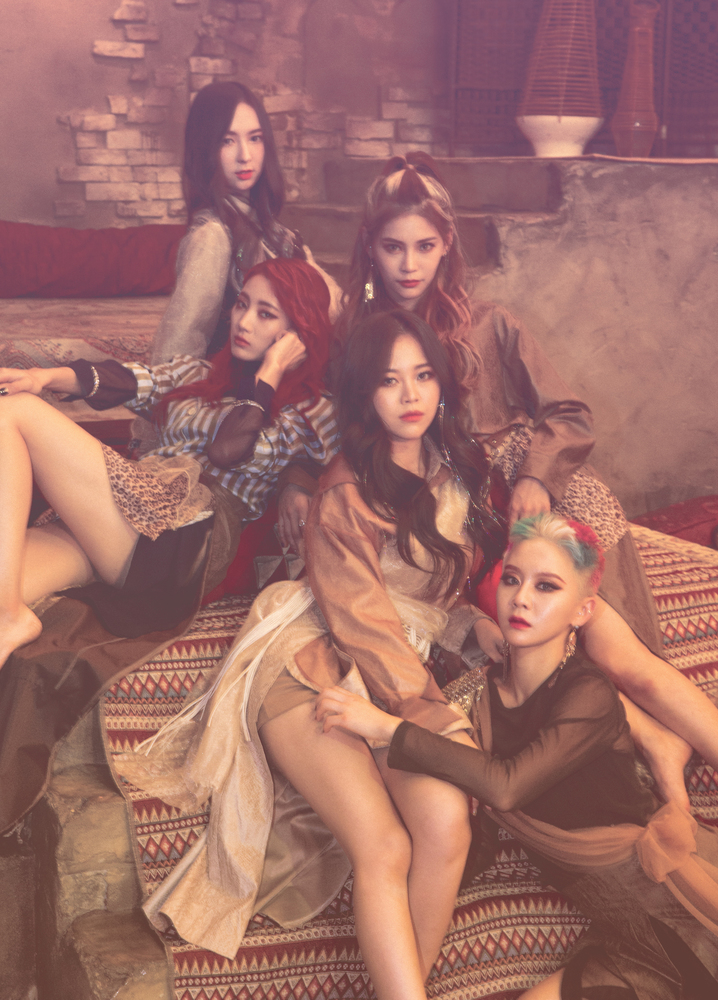 H.U.B (에이치유비) (which stands for stands for “Hope U Bounce”) was a two-member girl group under New Planet Entertainment. Their name stands for “Hope U Bounce”. They debuted as a four member group on February 9, 2017 with the single “Girl Gang”. On May 31, 2017 it was announced that Produce 101 contestant Hyosun would be joining the group. The group has been inactive since February 2019, and Hyosun confirmed they disbanded around that time. 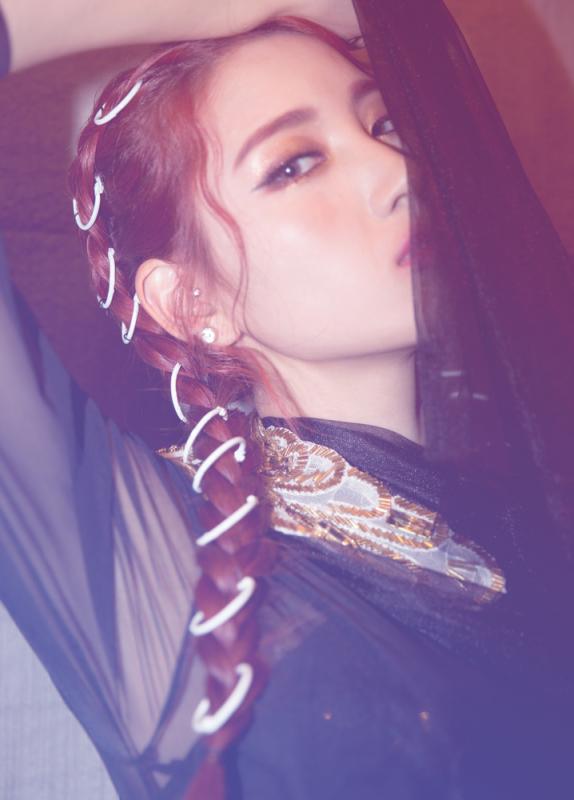 Rui Facts:
– Rui was born in Kyoto, Japan.
– She debuted as a soloist with the song “Exciting”.
– Rui is also a model.
– Her role model is HyunA.
– She loves shoes.
– She won the gold medal is ISAC 2017 in Women’s Speed Race, and she broke the record of 60m in that race, and became the fastest girl idol. Gfriend’s Yuju used to be the fast before Rui beat her in that race.
– Her favorite food is french fries (according to her answer in H.U.B’s fancafe).
– She is flexible.
– Rui likes the beach.
– She likes Sailor Moon.
– She likes watching dramas.
– She likes cider (lime flavored soda).
– She decided to become idol after watching MBC’s ISAC.
– Rui was supposed to debut in a group called N-BULANCE, but they sadly disbanded.
– She is participating in MIXNINE (YG’s survivle show in JTBC for new kpop group debut).
– Rui is ranked 2nd out of 12 best visuals in Mixnine.
– Rui was eliminated from MIXNINE in ep 13, she ended the contest on the rank 25th.
– Rui is friends with Elris‘ Hyeseong (ISAC / MixNine).
– Rui is friends with HyunA and E’Dwan. They all spent Christmas Eve 2018 together.
– In September 2021, Rui announced her contract ended and she has left the company.
– Rui’s Ideal Type: Someone she matches well with. 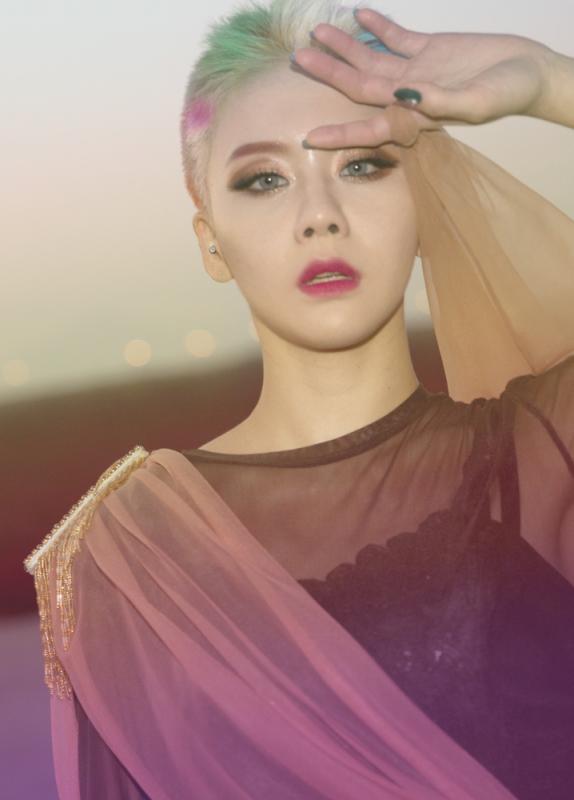 Hyosun Facts:
– She is from Incheon, South Korea.
– She was in the first season of Produce 101, but left due to health issues.
– Hyosun was in a group called Kiwi Band, under the stage name Ellie.
– Hyosun is a former Pledis and Nega Network trainee.
– She can play bass and keyboard.
– Hyosun has a habit of putting a lot of stuff in the fridge.
– Hyosun likes coffee.
– She likes sweets.
– She is an early bird.
– She said that if she could switch bodies with anyone on the planet she would pick Kehlani.
– She said Kehlani was the inspiration for her short haircut as well.
– Hyosun said that if she wasn’t a singer she’d want to be a cook.
– She was a former backup dancer for NU’EST.
– Hyusun was a participant in KBS’s rebooting idol program “The UNIT”.
– Hyosun is best friends with Grace (GRAZY GRACE), They used to train together when they were trainees.
– Hyosun went to school with former April and UNI.T member Hyunjoo and they’re close friends.
– Her role model is Kehlani.
– On March 8. 2022 Hyosun posted to her IG that her contract with New Planet has ended and she is leaving the entertainment industry to become a beauty technician instead.
– Hyusun Ideal Yype: Someone like the Japanese actor Sakeguchi Kentaro. 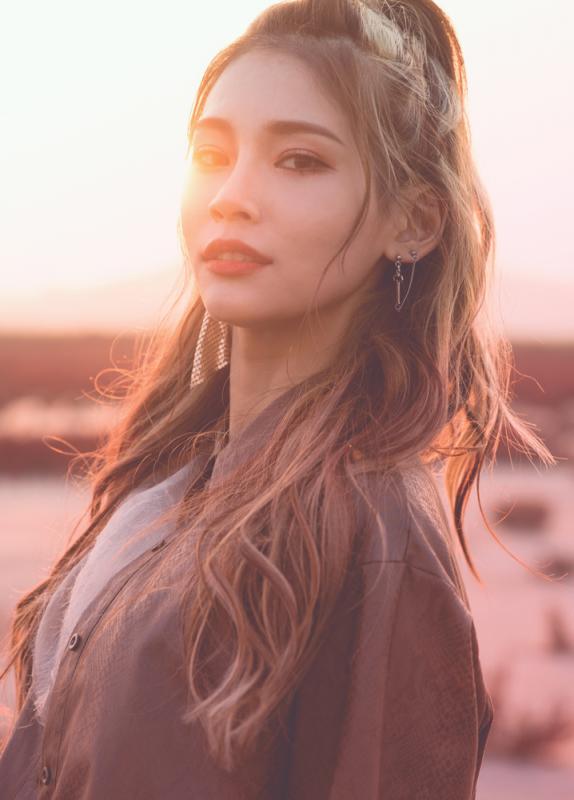 Yehin Facts:
– She is from Seoul, South Korea.
– She is energetic.
– She can make herself sound like a grandpa.
– Yehin likes tough concepts.
– She likes lord of the rings.
– She prefers taking the subway than the bus.
– Yehin said that if she wasn’t a singer she would like to try directing.
– If she had 3 wishes she’d wish to be able to eat without gaining weight, a lot of success for their song “finale” and a lot of success for the group.
– Yehin’s Ideal Type: Someone energetic and fun and who also laughs at her jokes. 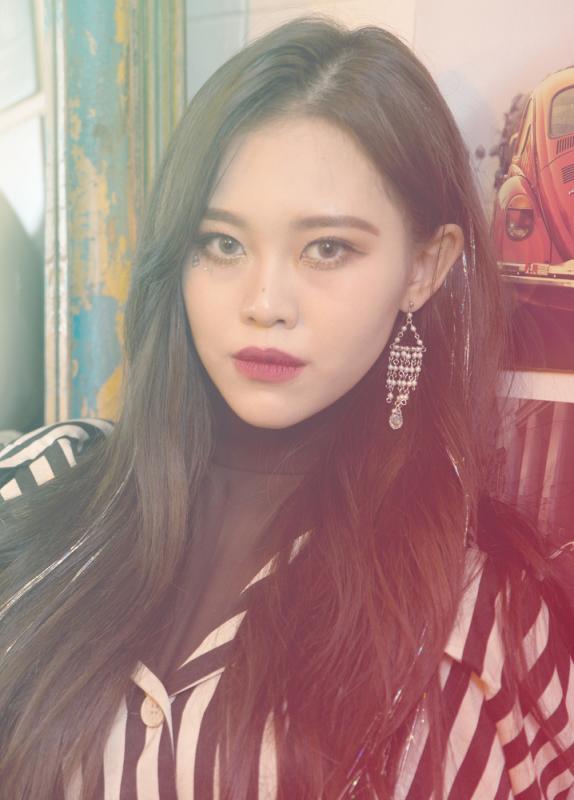 Cheehee Facts:
– She is from Incheon, South Korea.
– Chehee likes Captain America.
– She likes hip-hop music.
– She prefers sneakers over high heels.
– Chehee really likes dogs, she owns 6 of them.
– She said that if she had 1,000,000$ she would buy all her favorite foods and build a food palace.
– She likes BoA.
– Cheehee’s Ideal Type: A dog lover. 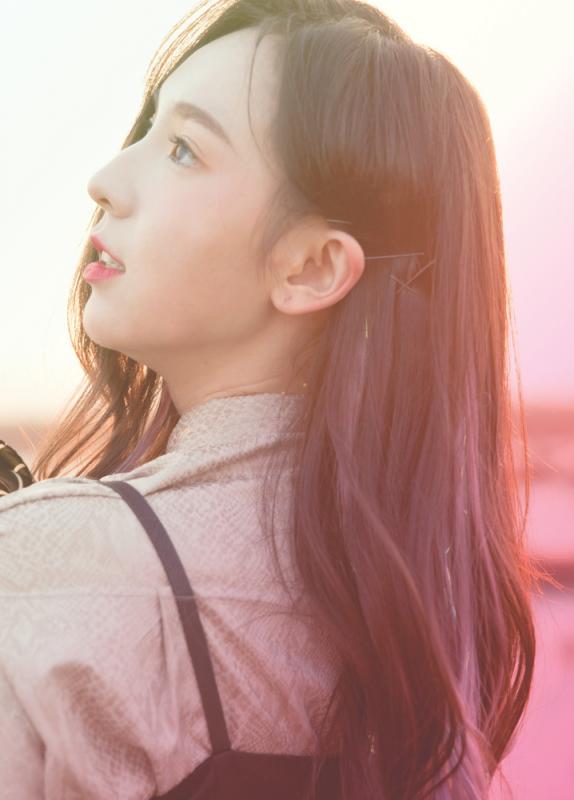 Seoryeong Facts:
– She is from Seoul, South Korea.
– She likes SNSD.
– Seoryeong was a member of ACE, under the stage name Seora.
– She is shy.
– Seoryoung said she prefers to live in the future than the past.
– She likes the snow.
– She prefers traveling on an airplane than a train.
– She likes vampires.
– Seoryoung can compose songs and she said she wants to write songs for the group.
– What she would take to a desert island are jelly and her members.
– Seoryeong’s Ideal Type: Someone attentive and intelligent. 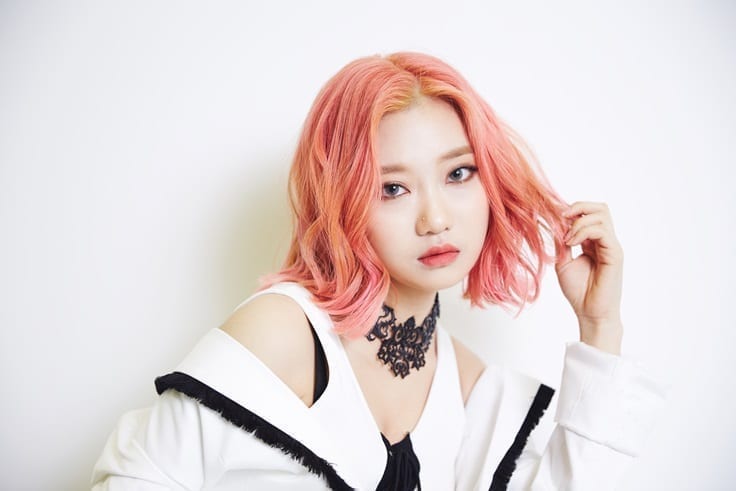 Gracie Facts:
– Gracie lived in the United States for six years and can speak English
– She can play the drums, piano, and violin
– Gracie and Keina did the choreography of “Girl Gang”.
– On April 6, 2018 it was announced that Gracie left the band.
– Gracie is a solo artist under the same name, she debuted in 2018. 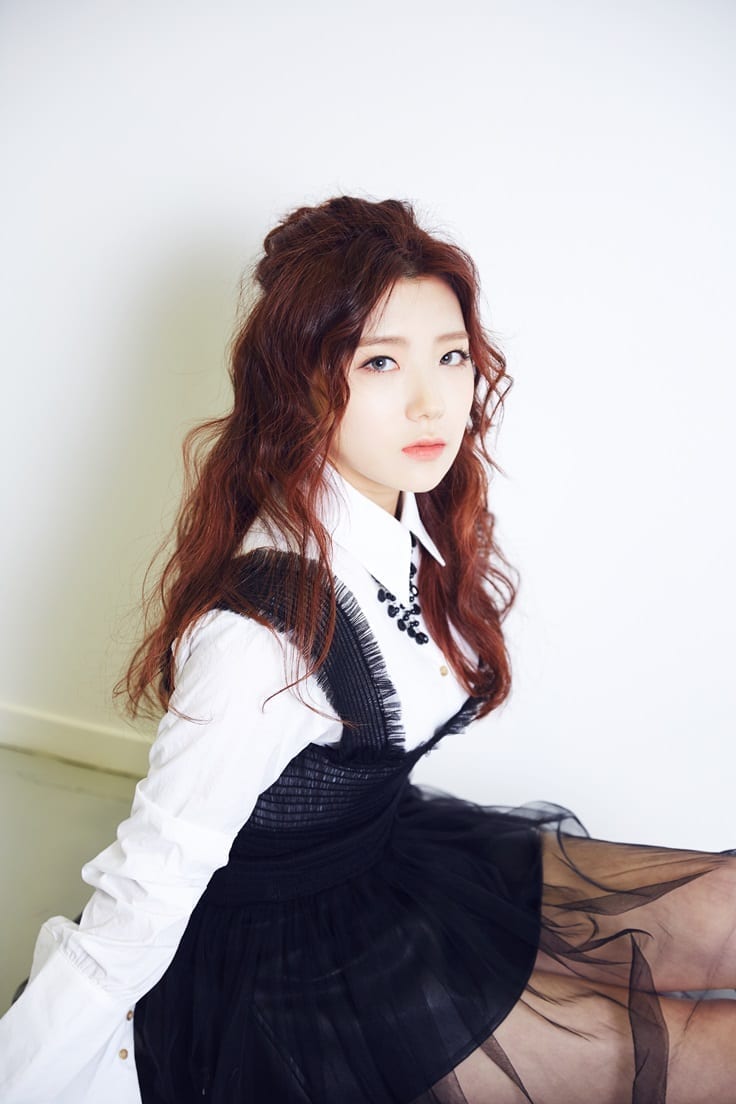 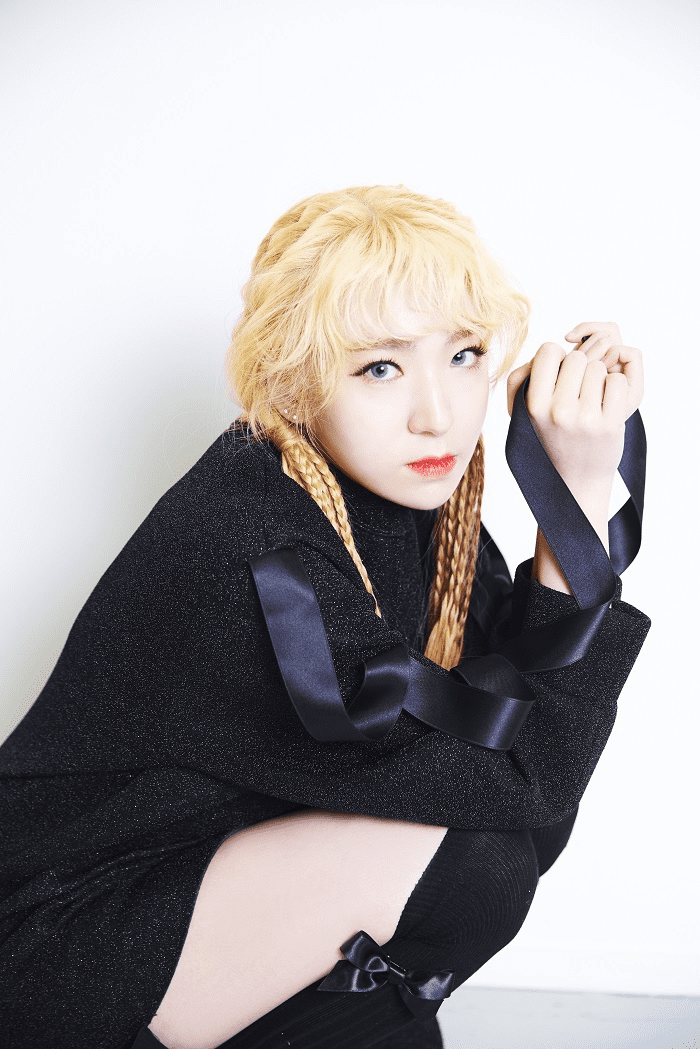 Keina Facts:
– She is good at writing lyrics and creating choreography.
– Her nickname is Nana.
– Keina and Gracie did the choreography of “Girl Gang”.
– Keina is a SOPA’s student (she shared a picture in H.U.B’s fancafe with SOPA’s uniform).
– On April 6, 2018 it was announced that Keina left the band.

Who is your H.U.B bias? Do you know more facts about them? Feel free to comment below. 🙂 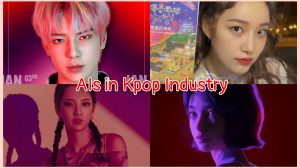 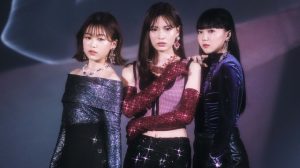 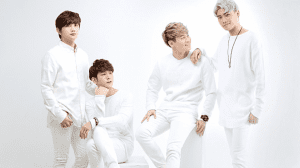 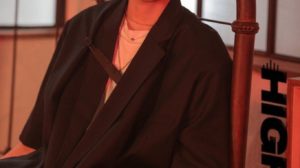 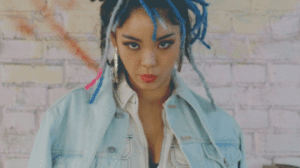